Wanna know how glamorous tour can be? Jameson has hand, foot, and mouth; and willow has a 102 temp. Both kids laid up and mama @pink still has to push through and do shows. I had Jameson at breakfast yesterday and this vile woman at the table next to us kept staring at him with a shitty look on her face. I told her it was bed bugs 😂. #NoRestForTheWicked #LifeInHotels


Carey Hart just keeps oversharing on Instagram. The last we reported on him was earlier this week after he posted a photo of himself on the john with his two kids in the bathroom. It was relatable in that little kids don’t give parents a moment’s peace to do their business. Plus dudes take a long time in the bathroom. More recently he posted a photo of baby Jameson, 20 months, with a rash all over from hand, foot and mouth disease. He wrote that the baby’s rash got comments from another diner when they were out to breakfast. (He didn’t specify whether his wife, singer Pink, and their daughter, Willow, 7, were there too. They’ve been in Australia for Pink’s Beautiful Trauma tour.) Well commenters on Instagram pointed out that Jameson is contagious and he called them judgmental. When people asked if he had brought the baby out to eat in his diaper, he sarcastically claimed that he had:

Fans took to the post’s comments with criticism against the couple, with one writing, “Pink I love you but why would you take him to breakfast looking like that? … People don’t know what is going on for all they know he has something contagious so it’s only human to be grossed out or at least concerned.”

Another commenter quipped, “As a mom of 3 whose kids have had HFM a few times, I say that you made a mistake. HFM is super contagious and it’s not fair to knowingly expose others. … I don’t think it’s fair to pass judgment on the other patron. She likely was concerned for her own safety as well and probably concerned about your son.”

Hart wrote in response to the first, “Are you serious???? You are what’s wrong with this judgmental world.”

He also responded sarcastically to one user who inquired about him bringing Jameson to breakfast in just a diaper, “Yeah I took my kid to breakfast only wearing a diaper,” and to another who commented about the condition’s contagious nature, “What’s your point? You think I let my kids eat off other people’s plates?”

My kid had hand, foot and mouth disease a few years ago, when it was going around his school. It sounds really awful and like a near fatal virus that migrated from animals to people but it’s really quite harmless and clears up on its own (and is not related to foot and mouth disease, which animals get and which only rarely crosses to humans). It’s very contagious and a letter was sent to parents from the school warning us and telling us to keep our children at home if they had it. Also, I have to mention that there was dirty toddler in a diaper in the booth behind me at Waffle House on Sunday. He was turning around babble-talking to me and his mom was attentive but the kid was wearing only a diaper and had a face full of snot. So it’s not out of the question that a toddler would be out to eat in a diaper. It seems gross and unhygienic but some people do it. (To be fair it’s possible the child’s onesie got badly soiled and the mom didn’t have a backup outfit but I doubt it.)

I wouldn’t argue with people on the internet disagreeing with my parenting choices but I should not be sanctimonious about that since arguing on the internet is a key part of my job. Pink and Carey have similar approaches to dealing with negative comments. I’ll leave it at that. Also, Jameson is adorable.

Poor lil guy is sick as a dog. Tour life isn’t always fun, but this is part of it. #CountDownTilHomeBegins 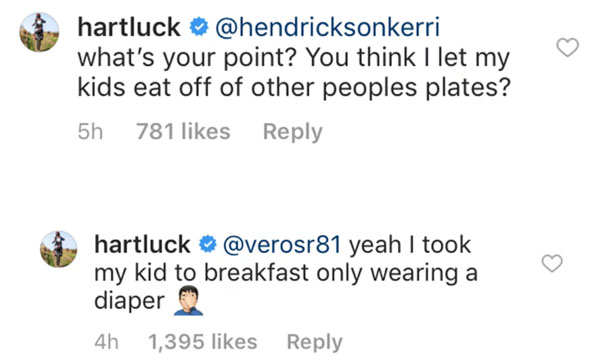 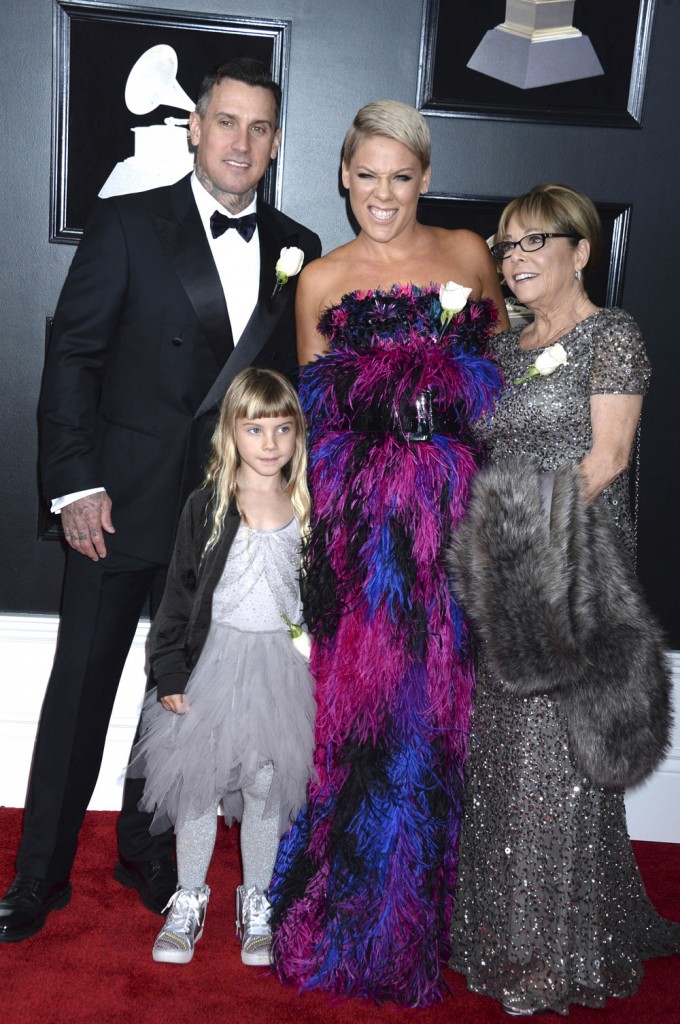 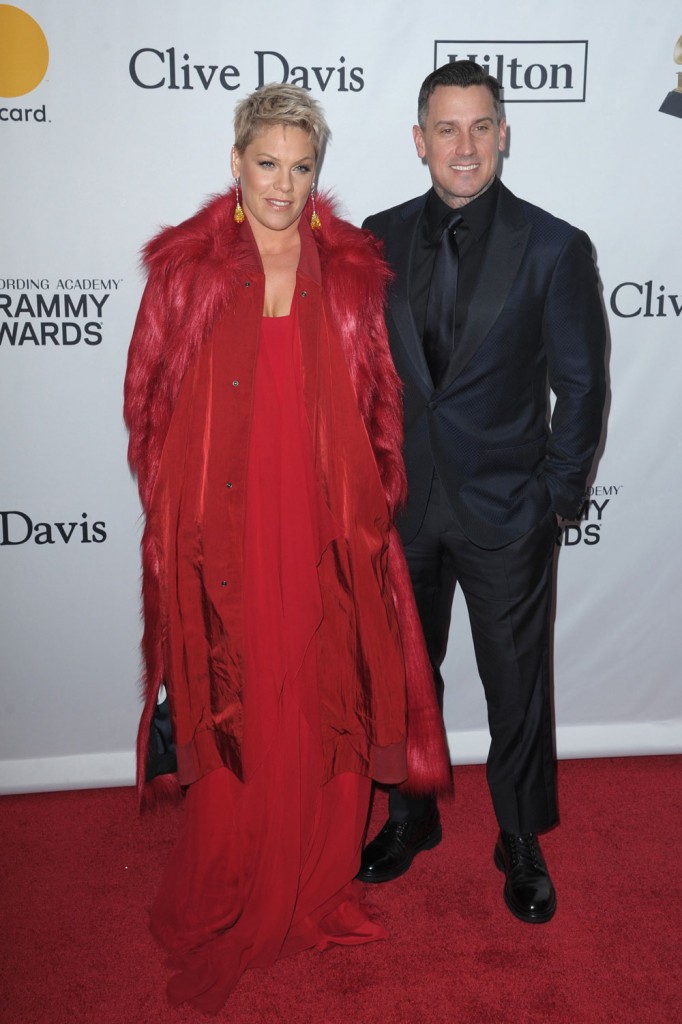