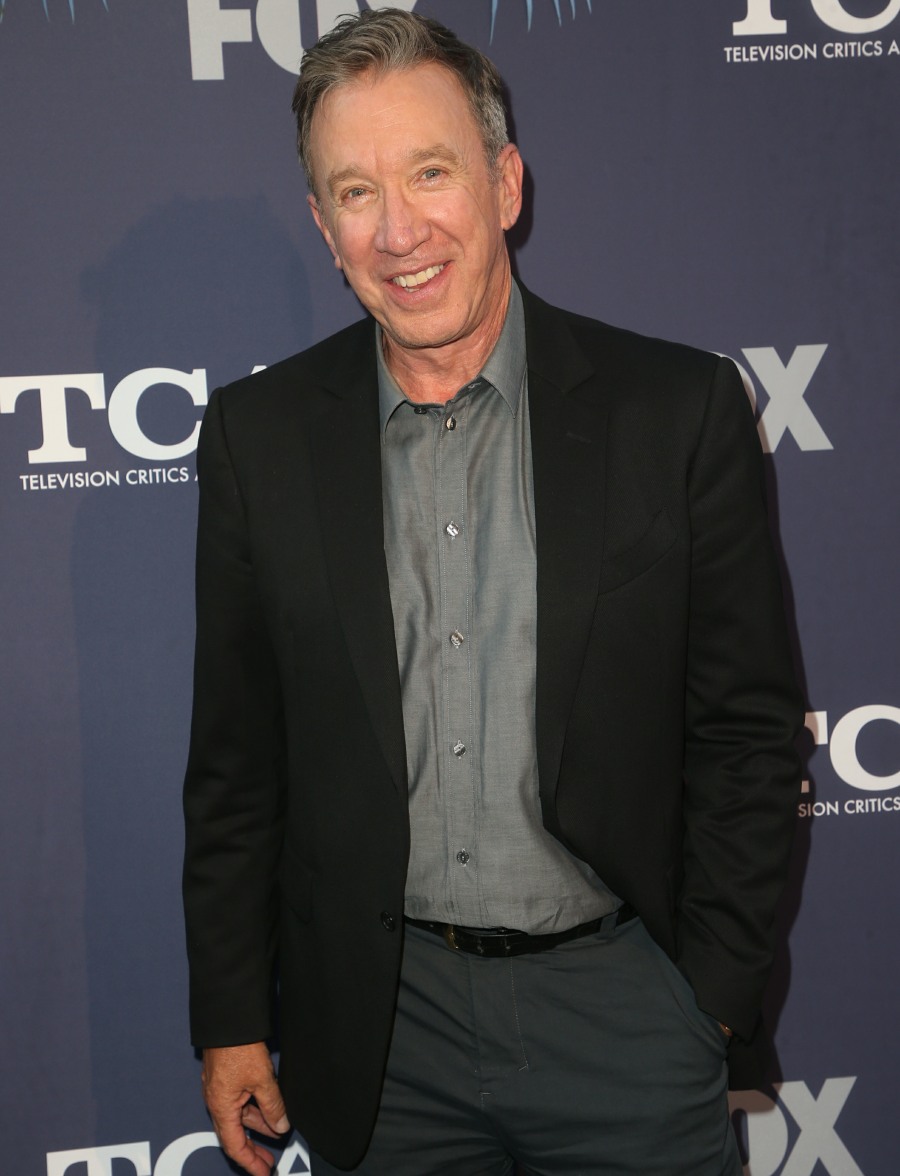 I’ve managed to go nearly my whole career as a gossip blogger without paying much attention to Tim Allen. It’s not I loathe the man, I just don’t care about him at all. He’s a conservative – big shock – and a Trump supporter. He makes middle-road, dumb sitcoms about white dudes and their families. In 2017, I briefly paid attention to him because he spoke about attending the Trump inauguration and “joked” that Hollywood felt just like Nazi Germany, har har. Well, Tim Allen’s sitcom Last Man Standing was canceled by ABC last year, only to have Fox pick it up because as I said, he’s a white Republican dude and Their Voices Need To Be Heard ™. To promote his show’s second life, Tim sat down with Entertainment Weekly to chat about politics and more. Some highlights:

His character on ‘Last Man Standing’: “My character is like Archie Bunker with a college education. He’s a little bit gruff, but he’s also raised three girls. It’s a funny sitcom that’s constantly surprising. It’s not a political show. I encourage the people who say I’m some closeted Hollywood conservative to forget about Tim Allen and what his politics are.

He never endorsed Trump: “Yeah, I endorsed Kasich. Politically I’m kind of an anarchist if you see my stand-up. I’m for responsible government that actually does what we pay them to do. I’ve worked different jobs and I’ve had a colorful past and I pay a lot in taxes. I wish we got more for our money. Whatever political party is for more responsible use of our money — that’s all I meant. In Los Angeles, I’m concerned about the 26,000 homeless people and I do the best I can. I’m concerned about keeping my roads and stuff clean in North Hollywood. Generally, the government is no help and people have to do that themselves. Kasich said that in a speech — that the government can’t do stuff that you won’t do yourself. Jump in! Do whatever it takes to get people engaged — not putting on a hoodie and screaming in the streets — but actually figure out how to help North Hollywood or Encino or wherever you live to get better. My political party is that I’ve never liked taxes, period, so whatever that means … I don’t like paying people who never seem to do what I would do with my money. I always thought it would be funny if I had a little menu on my tax returns where I could tell them where my money would go

Whether he’s a Trump fan now: “You know … it’s a very loaded question. I’ve met [Trump] at the charity event years ago, and that certainly doesn’t fit with the man who tweets. I’ve met a lot of people in private whose public persona is a bit off. My perception is “let’s see what he gets done.” Let’s stop banging on the pilot’s door and trying to pull the guy out of his seat while he’s still flying. You might not like how he’s flying the plane but let’s let him land it. Do I like him or agree with him? … I don’t know. Somebody got this NAFTA thing done. How did that happen? It’s like a slight of hand with this dude. There’s this smoke and smelly food but over here he just fixed a pothole. The theater of this is fascinating. He doesn’t do it very attractively but you don’t even realize the economy is doing better. Is it? There’s so much drama. Maybe it took this type of guy to get stuff done because it was so stuck in the mud. I’m just watching the theater of it and trying to keep my personal opinions out of it. What difference does it make whether I like him?

But his politics are irrelevant: “I’d just want to say again: It’s not a political show. We talk about politics because everybody does. If you want to see me talk politics, come see me at The Mirage in Las Vegas, or any of the concerts that I do throughout the country. My politics are really irrelevant. What I do in my family, what I do in my neighborhood, that may be more of an indication of what I believe. But I wouldn’t want who say, “I can’t stand Trump so I can’t watch this show.” Try to table that. It’s a sitcom that’s really clever where we work hard to make you laugh your ass off.”

Imagine being a rich white dude who attended Trump’s inauguration and calling yourself an “anarchist.” Imagine being that same pseudo-anarchist and believing that Trump is responsible for a “good economy” and for “getting this NAFTA thing done.” Imagine that your biggest f–king political concern is whether your North Hollywood streets are clean. Imagine the privilege of all of that. Imagine seeing little babies put into cages on the border and thinking “but Trump is the pilot, we can’t pull him out of the cockpit yet!” Tim Allen did this dumb interview because he hoped you would put aside his ignorance, his casual allegiance to white supremacy and his unyielding white privilege and watch his show. If anything, my apathy towards him has cemented into a full-on hatred. 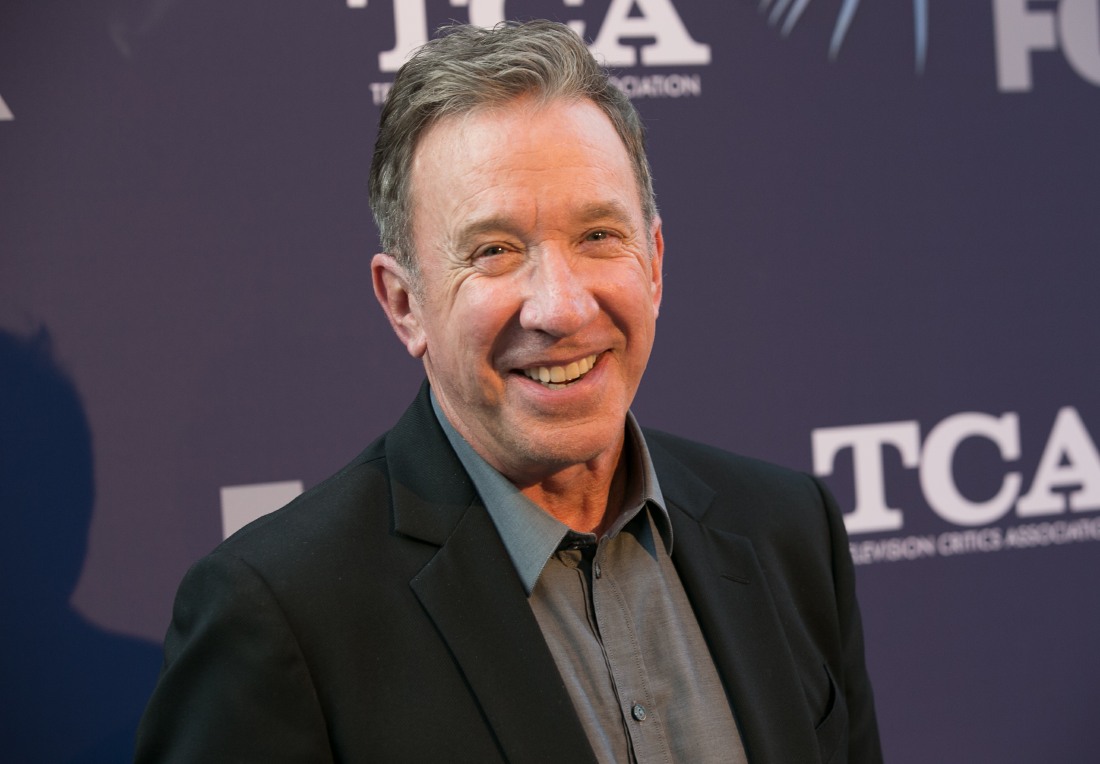