Well, here’s the confirmation: Alejandra is expecting, her bump is being blessed by the Dalai Lama. Alejandra posted the Instagram above over the weekend. Gere is a practicing Buddhist and he’s BFFs with the Dalai Lama. I would have thought that Alejandra would probably be Catholic, but I guess she’s down for hanging out with Dalai Lama now that’s Mrs. Gere.

A source told People Magazine that Alejandra and Richard actually knew each other for “over a decade” before they began dating in 2014. I get the feeling that Alejandra comes from money, for whatever that’s worth. Like, I think she and Richard have been running in the same wealthy, international-celebrity circles for years. I also get the feeling that Richard enjoys being a stepdad to little Albert. Anyway… Richard is close to 70. I’m not going to go on and on about it, but… I couldn’t do this, start raising a baby with my 70th birthday looming. 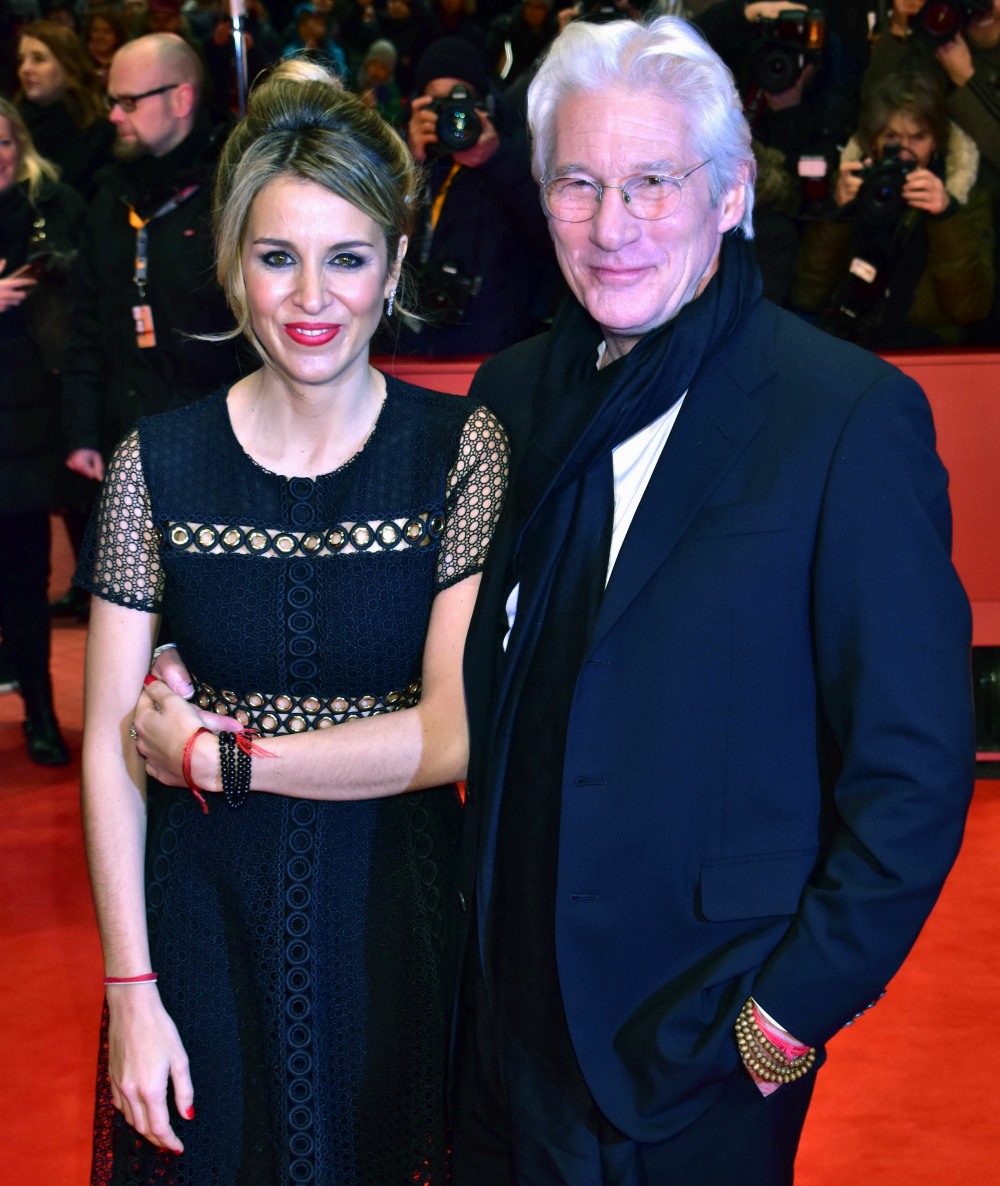