Alyssa Milano’s op-ed: sexual violence ‘exists at every level of our national institutions’


Embed from Getty Images
Before we get into this, I wanted to acknowledge that #MeToo founder Tarana Burke was at the Kavanaugh hearings too, but that Alyssa Milano got the lion’s share of attention. As a white woman, this is a blind spot I have and which I am trying to recognize and am sorry for not mentioning her earlier. White female celebrities get most of the headlines when a woman of color started the movement.

Alyssa Milano has published an op-ed for CNN in which she draws parallels between Kavanaugh’s record and the current incarceration and mistreatment of refugee children by our government. I first wondered where she was going with it but by the end I was even more disheartened. Kavanaugh is upholding Trump’s war against women, but he’s also of course backing Trump’s racist war on people of color, immigrants and vulnerable refugee children. Remember how Kavanaugh ruled against a detained immigrant teen who was seeking an abortion? Not only will Kavanaugh refuse to hold Trump accountable for his crimes but Kavanaugh will also aid and abet those crimes on the highest court of the land. My only criticism is that Milano focuses on Dr. Ford’s compelling testimony and does not mention the fact that at least two other women have come forward, on the record, to detail sexual assaults by Kavanaugh. It’s been reported that only one of those other women will be interviewed in the limited scope “investigation” which will be conducted by the FBI. Milano is bringing our attention to the bigger picture and to the agenda and it’s chilling. I’m just excerpting portions of her editorial below, which is well worth reading at the source.

Both Kavanaugh and Trump have denied allegations against them. I wish so deeply that the alleged sexual violence — and overall cruelty toward those who are vulnerable — committed by those who wear the mantle of our nation’s government began and ended with these two men. It does not. It exists at every level of our national institutions, and even at agencies working on behalf of our government who are tasked with the sacred duty of caring for children.

Until we root out the institutionalization of sexual violence and child abuse in our government, too many will continue to be victims — some in our name, under the false premise of protecting our borders.

Hidden behind the glare of the cameras pointed at Judge Kavanaugh is the ongoing plight of immigrant children in the United States. A New York Times article recently told the tale of hundreds of immigrant children from around the country being moved to a government-run tent city in Texas under the cover of darkness. There are no schools. There is limited access to legal services, and the children are frequently forced to represent themselves in immigration court.

Nearly 70 days after a court order demanding that immigrant children be reunited with the families from whom they were torn, hundreds still languish in shelters run by Southwest Key. Hundreds more who arrived without parents are also in their charge.

As one of the largest organizations charged with the care of migrant children separated from their families by the Trump regime’s cruel and unnecessary family separation policy, Southwest Key has received over $1.5 billion in taxpayer dollars in the last decade, including nearly $500 million this year alone to house more than 1,500 children in several states. Their actions are undertaken on our behalf, using our money.

Over and over again, Southwest Key and other organizations tasked with the same cruel service have been accused of crimes against children — sexual violence, abuse and neglect…

The predatory sexual behavior alleged against — and bigotry displayed by — the President makes it sickeningly easy to understand how this behavior remains so pervasive in our government. He sees women and nonwhite immigrants as less than human. He sees these people as nothing more than objects on which he can act out his worst impulses, and now those impulses have the full weight and power of the United States government behind them…

Can we doubt that, if we confirm Brett Kavanaugh to the Supreme Court, this further institutionalization of sexual violence will not rear its ugly head in myriad unseen ways throughout our nation? Like it has in the facilities where we forcibly detain children? In my name? In your name?

These past few weeks have been difficult for so many of us. As Milano points out there are countless children, people of color and immigrants who are in dire circumstances and whom we need to keep in mind. They have much more at stake than we do and we have to speak out and fight for them. Kavanaugh is so much more than an angry alcoholic entitled piece of sh-t, he’s a tool of a racist and sexist government trying to strip our basic rights and control large segments of the population. The world is watching and waiting to see if our government is about to go the way of the dark side. 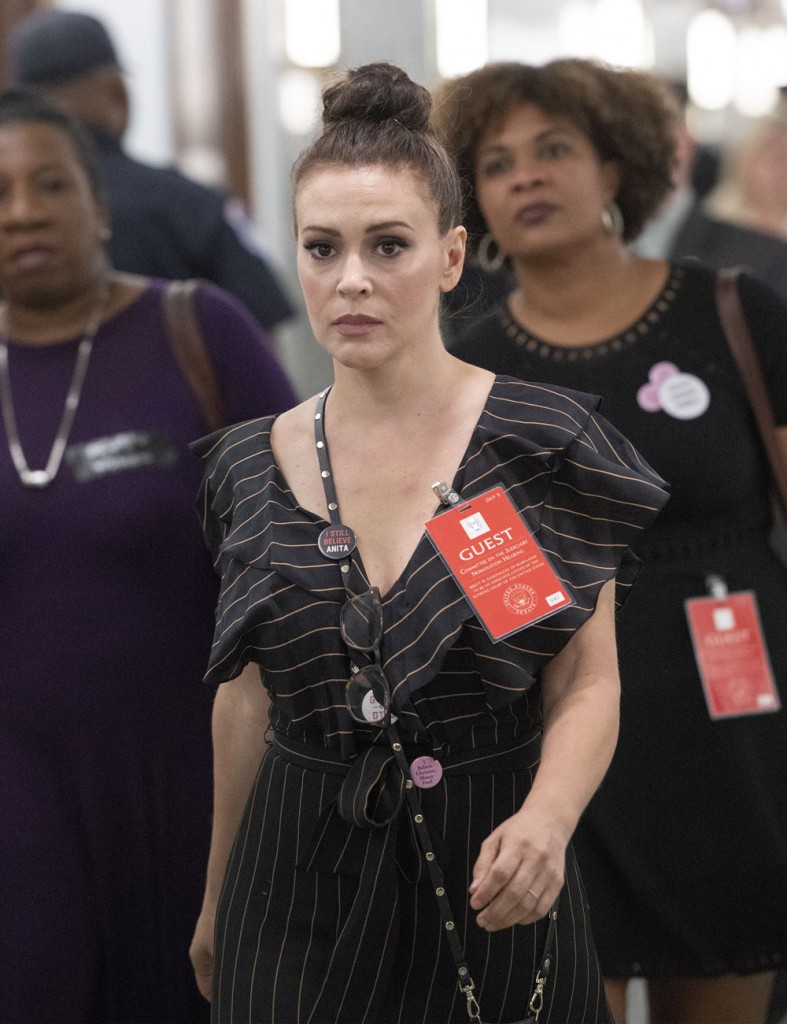 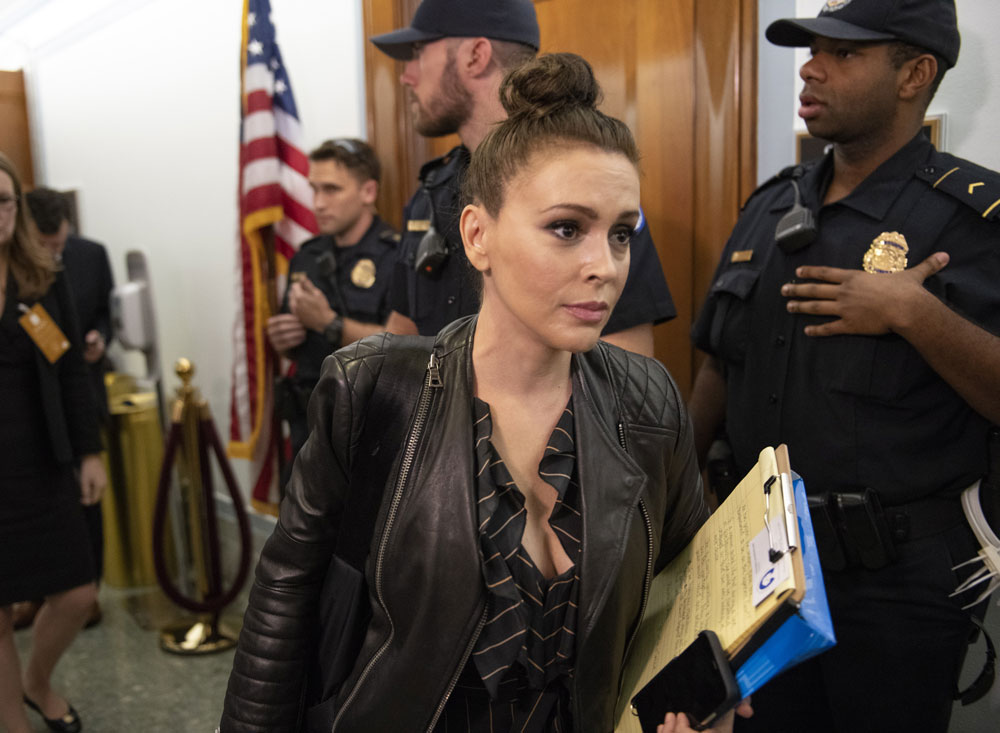 15 Responses to “Alyssa Milano’s op-ed: sexual violence ‘exists at every level of our national institutions’”