Us Weekly: Angelina Jolie is ‘extremely hard to deal with,’ according to Team Pitt 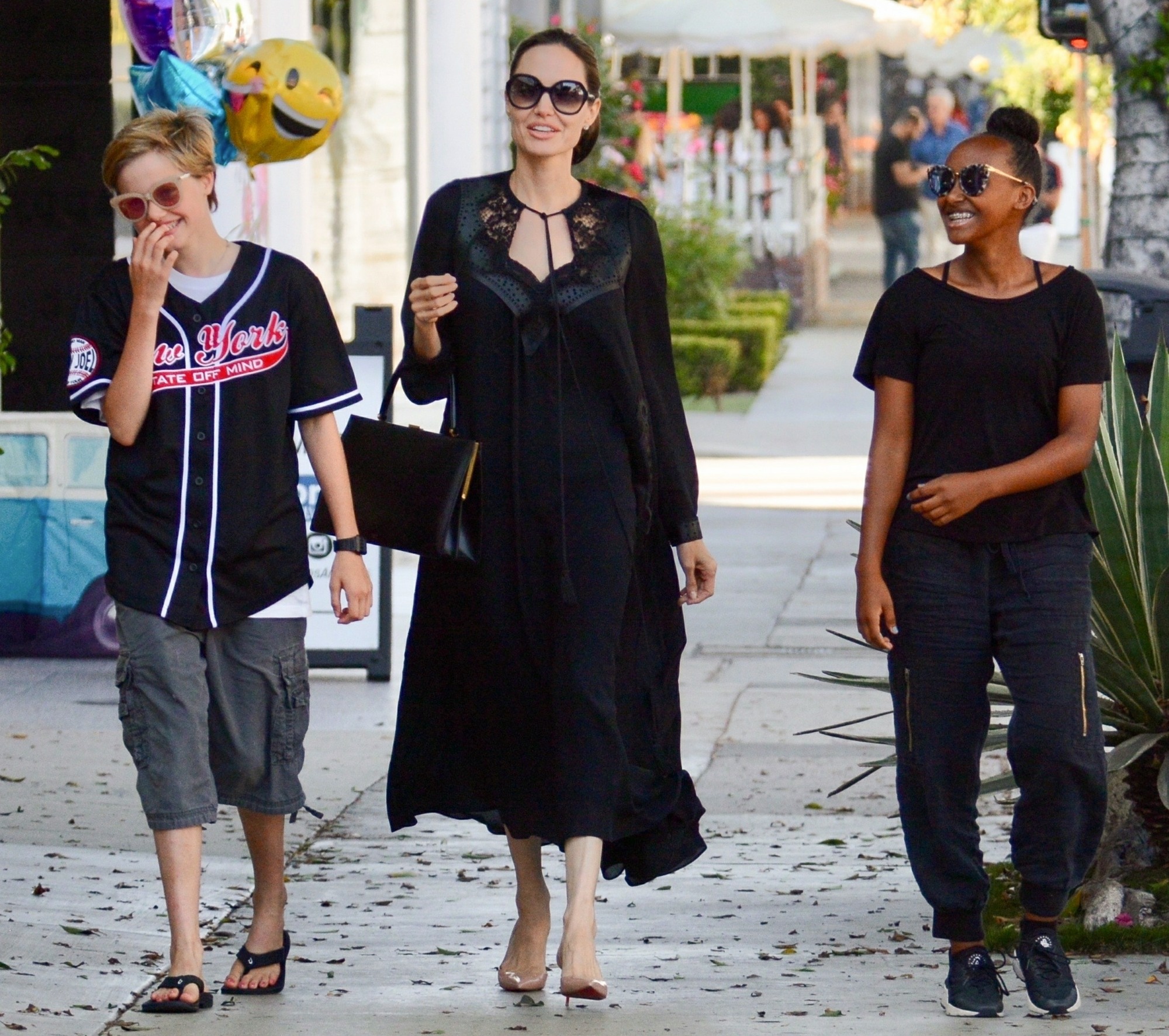 Nowadays, I’m always suspicious when we go a full week without Brad Pitt smearing Angelina Jolie in the tabloids, or without Angelina’s lawyer issuing some new statement. Things have been quiet ever since the two-year anniversary of Angelina filing for divorce, which was September 20. That week, Entertainment Tonight published a story which was sourced from Team Pitt, all about how Brad and Angelina had called a “truce,” but only because Angelina finally apologized to Brad. Yeah, riiight. Basically, it was an undercover smear masquerading as a “no more drama” story. Well, two weeks later, Team Pitt is back at it again: they ran to Us Weekly to talk about how she’s “extremely hard to deal with.”

It’s far from over. Despite reports that Angelina Jolie and Brad Pitt are in a cease-fire regarding their nasty custody battle, a source reveals in the new issue of Us Weekly they’re nowhere near making up.

“There is no truce,” the source says. “Angie is extremely hard to deal with, period. She wants what she wants, and no one is going to tell her otherwise.”

And since she changed her counsel to Samantha Bley DeJean in September, the fight for their six children — Maddox, 17, Pax, 14, Zahara, 13, Shiloh, 12, and Knox and Vivienne, 10 — has only intensified. “Angie is once again doing things that are interfering with Brad’s custodial time with the children,” the source says. “There have been several occasions in recent weeks in which the kids have been late, with Brad unable to reach anyone for answers.”

The actress, 43, has even started making indirect digs at the actor, from whom she split in 2016 after 12 years together. “I think it is not said enough how much we need the men in our lives to be strong and capable and the best they can be,” she recently told Hello! UK when asked about feminism.

A source close to Jolie has previously said none of these allegations are true. “Angelina remains focused on healing her family,” the family friend told Us in August. “She continues to support the reconciliation of the children with Brad.”

I guess I missed Angelina’s interview in Hello, but only Brad Pitt would be so butthurt about that quote. “I think it is not said enough how much we need the men in our lives to be strong and capable and the best they can be.” Is that an “indirect dig” or is it Angelina’s way of just shrugging and saying “men are trash, amirite?” As for the claim that Angelina is “interfering with Brad’s custodial time,” tell it to the court, I guess. Document it and tell it to the court, not Us Weekly. Also: they’re in LA, isn’t there always traffic in LA, and maybe that would explain the issue with “custodial time”? And for this: “Angie is extremely hard to deal with, period. She wants what she wants, and no one is going to tell her otherwise.” Angelina is amazing. He’s mad because she’s been done with his sh-t for years. 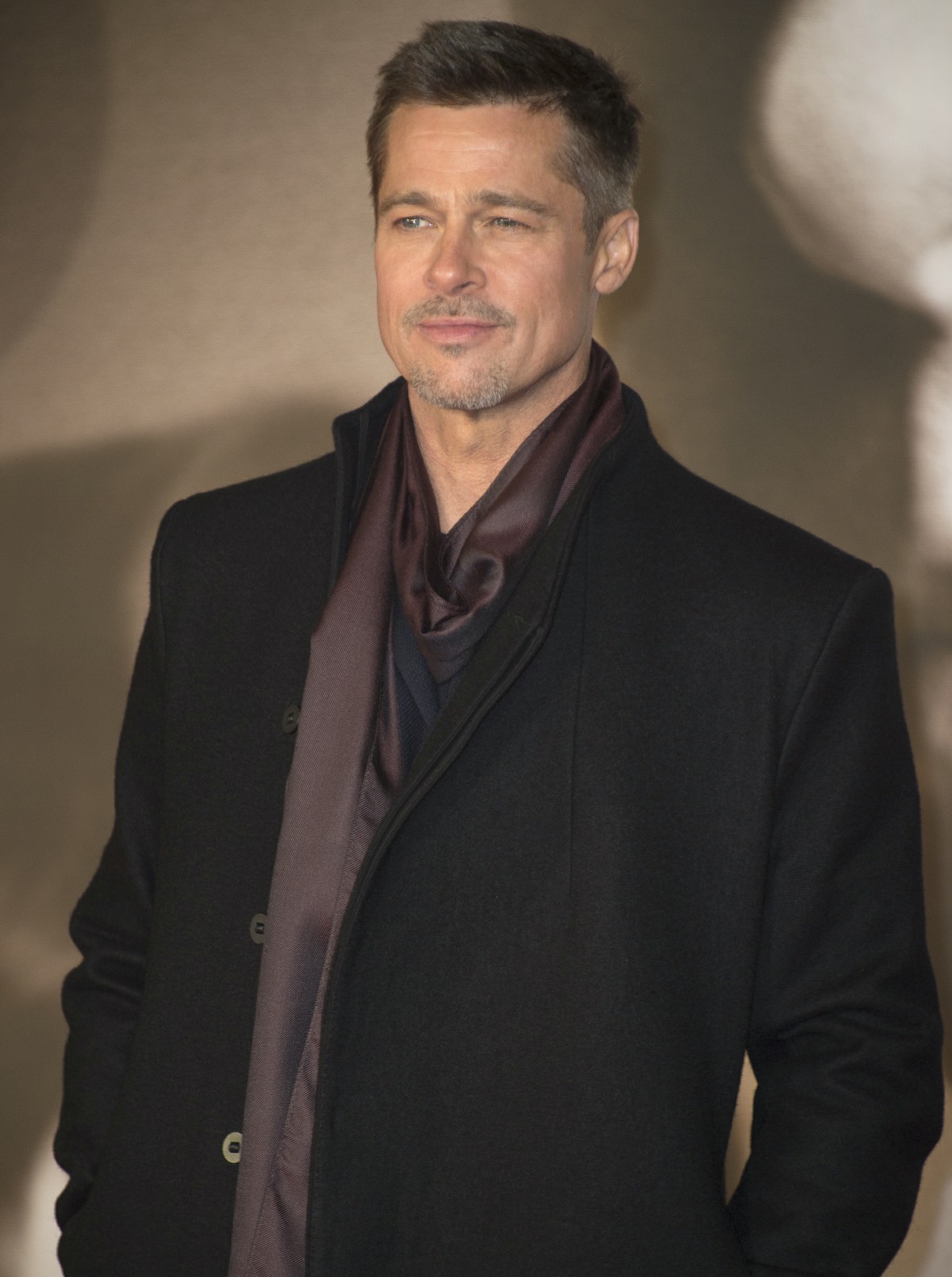 57 Responses to “Us Weekly: Angelina Jolie is ‘extremely hard to deal with,’ according to Team Pitt”