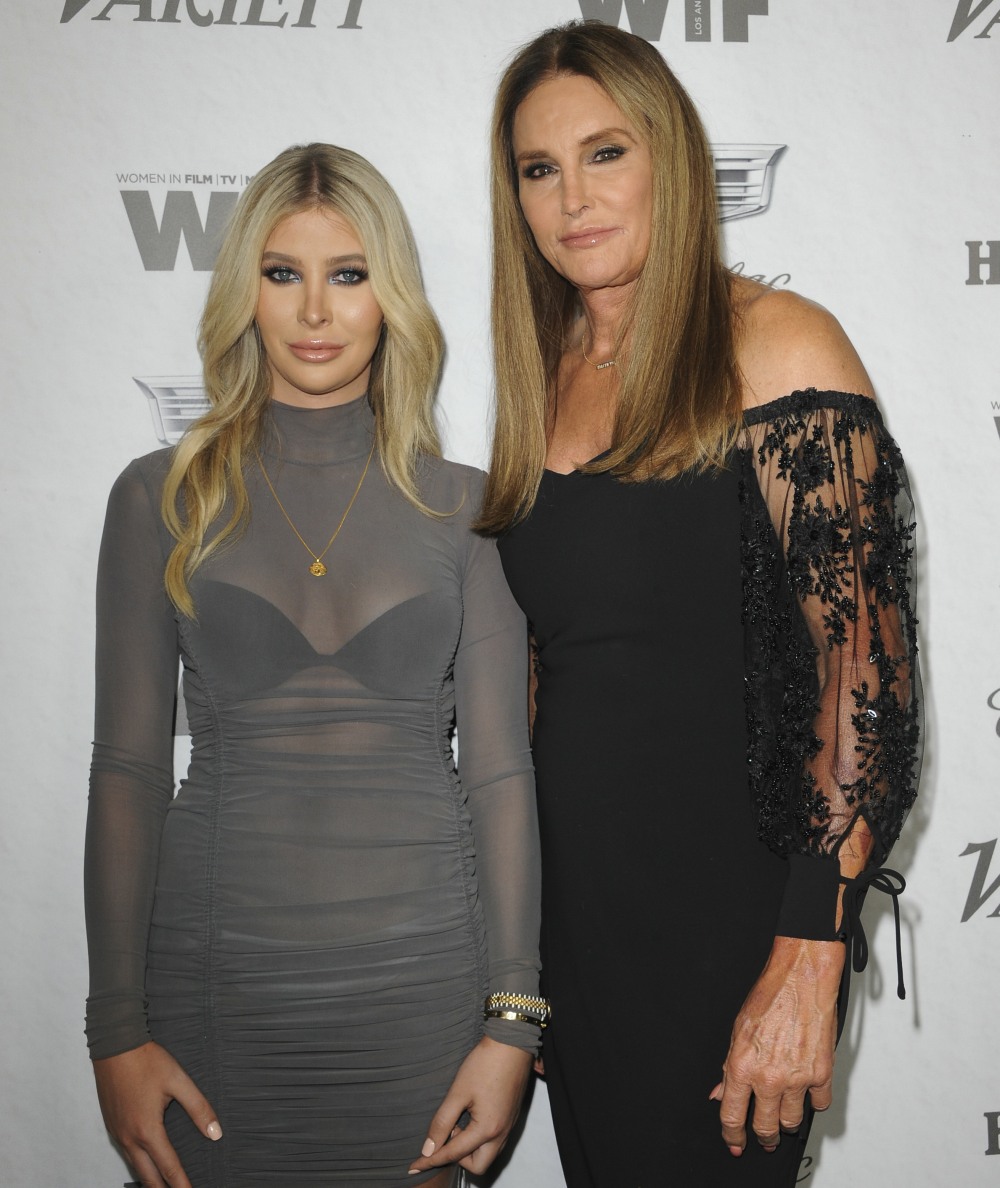 Months ago, I was startled – but unsurprised – to learn that Caitlyn Jenner is dating a very young woman. Caitlyn is 68 years old, and her girlfriend is Sophie Hutchins, and Sophie is now 22 years old. They got together when Sophie was either 20 or 21. I think Sophie is still technically a college student, which… adds another layer to the dysfunction. Sophie has been Caitlyn’s date at many events around Hollywood, and it’s been clear throughout the year that they’re together. They’re also living together at this point. But don’t you dare call them girlfriends. Sophie chatted with Jim Breslo about her relationship with Caitlyn and she’s weirdly pedantic. Some quotes:

On her relationship with Caitlyn: Hutchins said simply they “share a life together. I wouldn’t describe it as a romantic relationship. I would describe our relationship as we’re partners, we’re business partners. We have so much in common; we see the world so similarly and we both are such a good match for each because we challenge each other. She challenges me in so many ways, has allowed me to grow in so many ways and I hope I challenge her to grow and I think because we share so many of the same passions and views, it’s just a great match, a great partnership.”

She doesn’t need a label: “I don’t think we need to talk about, ‘Is it romantic or not?’ We’re partners in everything we do, we’re inseparable, we’re business partners, we live together, we share a dog, we share family, we share a life together. As far as caving into the media and having one of us label it as something, we’re not gonna do that.”

The age gap: Hutchins also spoke to the pair’s age gap, claiming that it’s “there, but we don’t feel that it’s there. I see we are two souls that are a fantastic match for one another and I feel that we’re so blessed to have found each other and to be so supportive of one another in everything that we do. I feel beyond blessed that we’ve been able to keep it going for the time we’ve been able to keep it going. I don’t think of the age difference as anything… for us, it’s not even a factor.”

I truly don’t understand the linguistic twists and turns here, and I don’t get why it would be controversial or weird or even NOTABLE to say “yes, we’re dating, yes, we live together, yes she’s my girlfriend and partner.” Why all the pedantic loops about “don’t say we’re dating” or “I wouldn’t describe it as a romantic relationship.” WTF? Is she an idiot? Or does Caitlyn have a lot of “rules” about how they discuss each other? Or is Sophie just trying to sound very smart and very mature, and she ends up sounding like a complete a–hole?