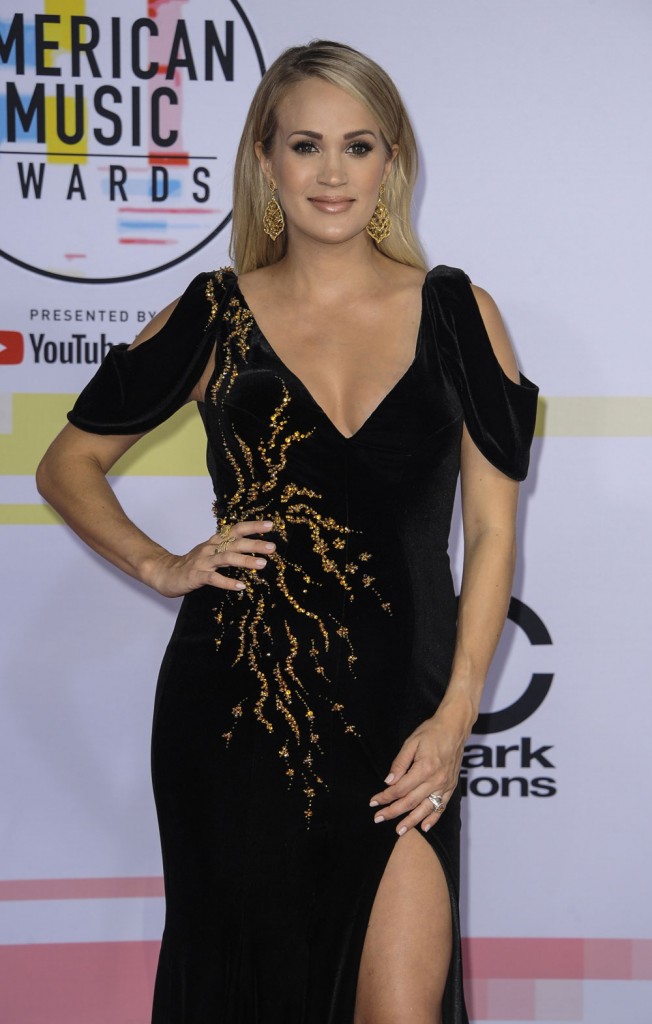 I’m so impressed with the celebrity women (including this rockstar) who continue to work while pregnant and right after giving birth. (That’s not to say that any woman should have to do that or that we should expect it. Maternity leave should be more generous and mothers should have a choice.) Cardi B performed last night just three months after having a baby and Carrie Underwood showed up very pregnant, where she won for favorite female artist – country. When she walked up on stage I noticed that she was wearing heels, which I definitely did not do for most of my pregnancy. She has to be at least seven months along, maybe eight. She announced in August when she was likely more than three months. Carrie later revealed that she has sadly suffered three miscarriages in two years.

This black Steven Khalil gown was one of those maternity looks where she didn’t look pregnant from straight on, but was very obviously so from the side. I know a lot of us eyeroll when pregnant women hold their bumps on the red carpet, but I understand the urge. Imagine seeing photos of yourself later where you’re like “I just look big, you can’t tell.” This is a typical pageant-like look for Carrie but I like the details on this including the draped open sleeves, the folded fabric on the back, and the burst of copper sequins along the front. 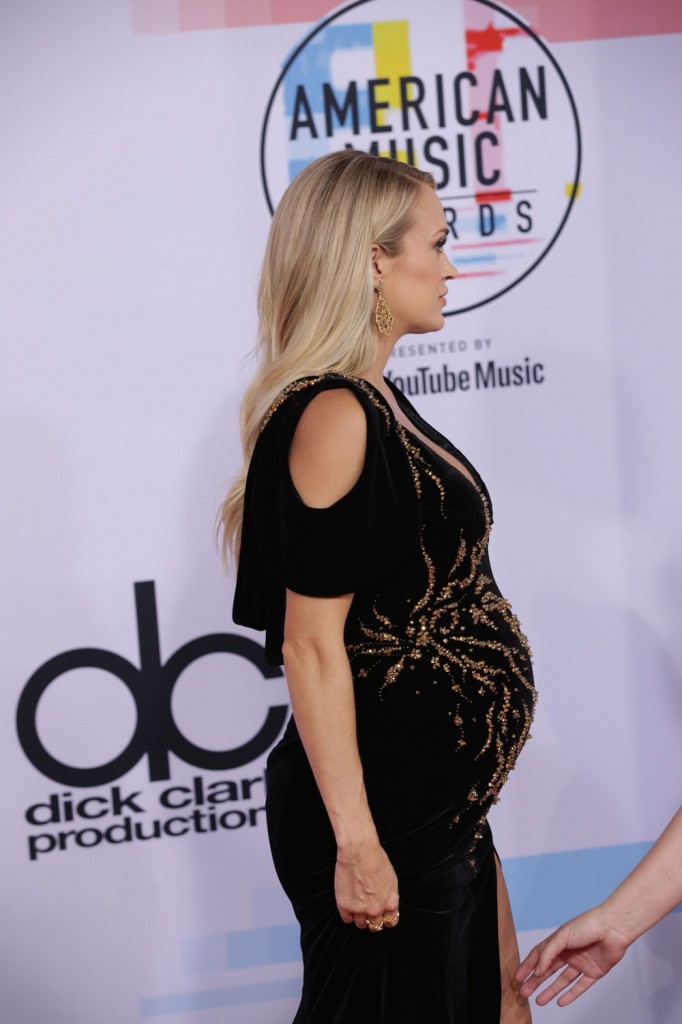 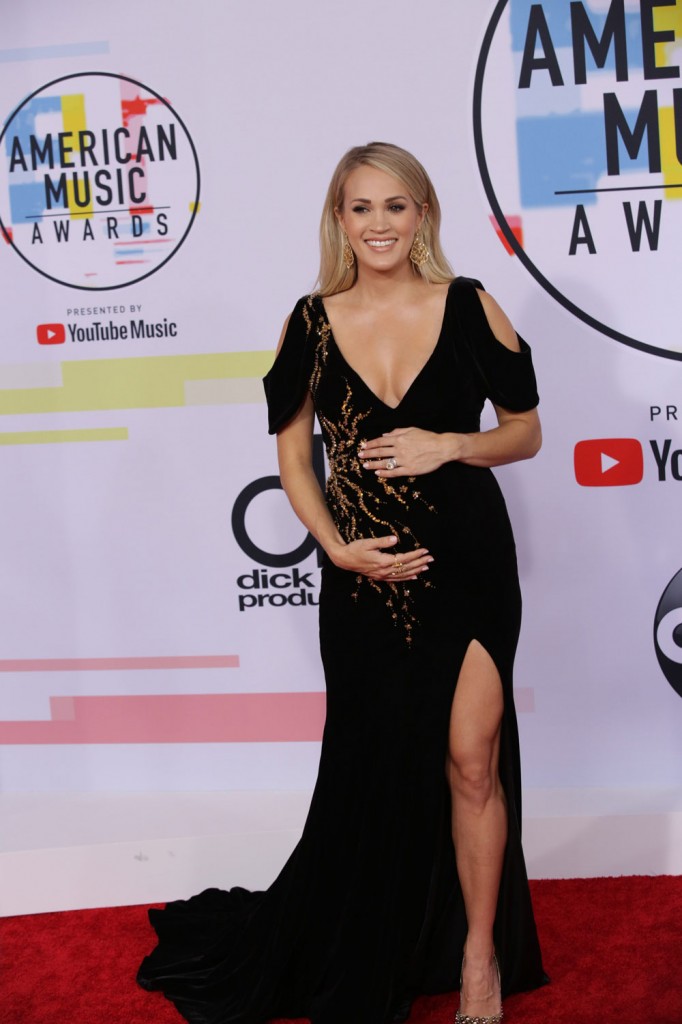 Kathryn Hahn was in a Balmain dress that was like a kicky long tweed jacket. This was such a fun look and it highlights her incredible legs. 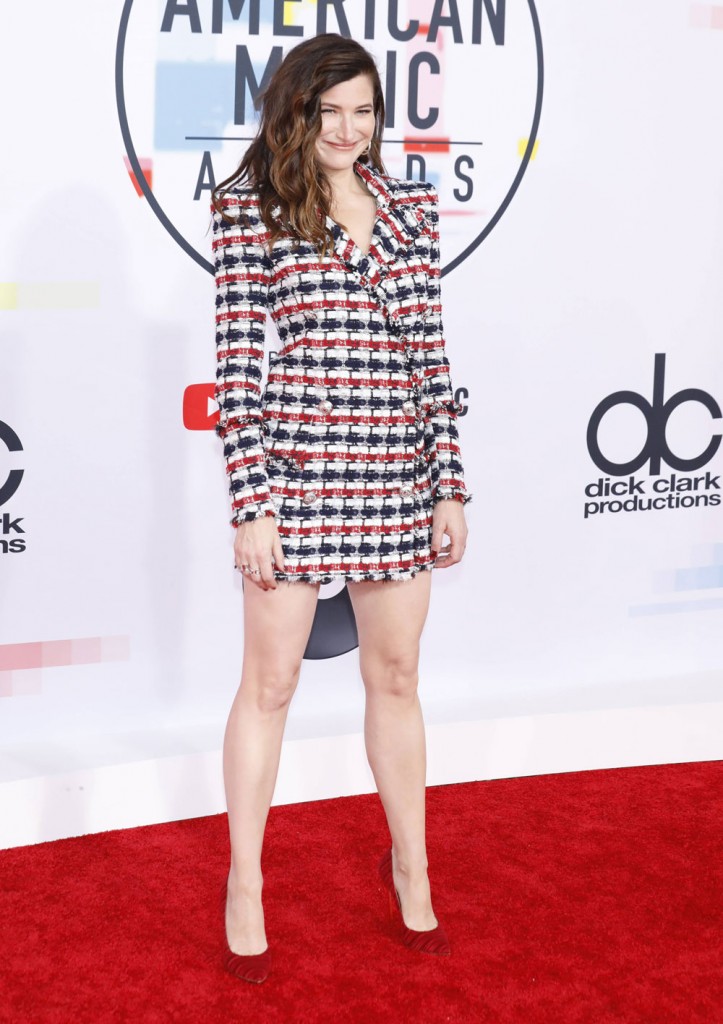 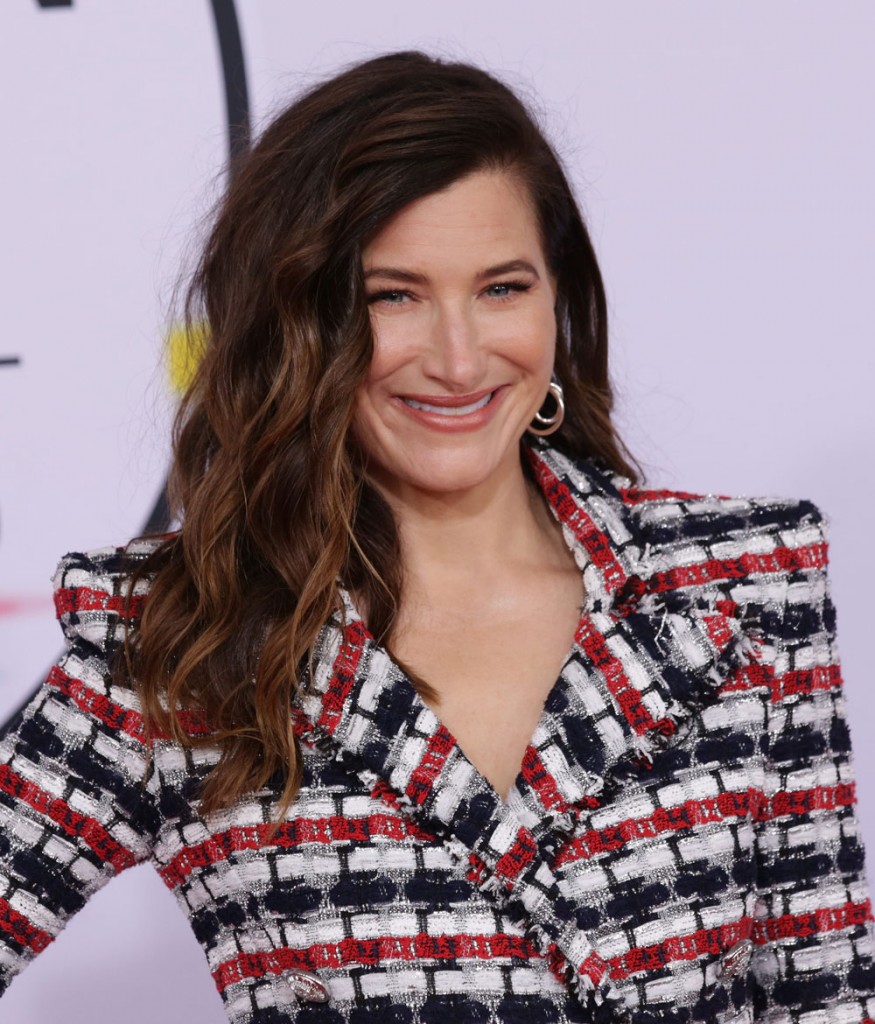 Erika Jayne of RHOBH was also in Balmain. This is more recognizably Balmain in that it’s busy, short and full of angular lines. That’s not to say it’s bad, just that it’s a look that was popular a few years ago. It doesn’t have the same impact now. Also that braid in her hair is too much. 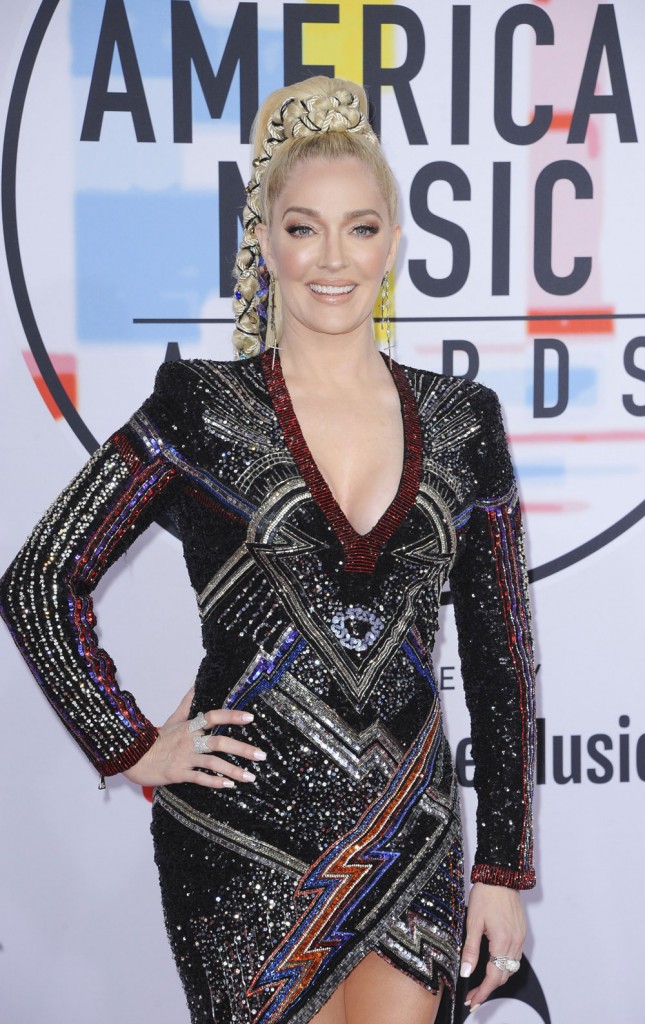 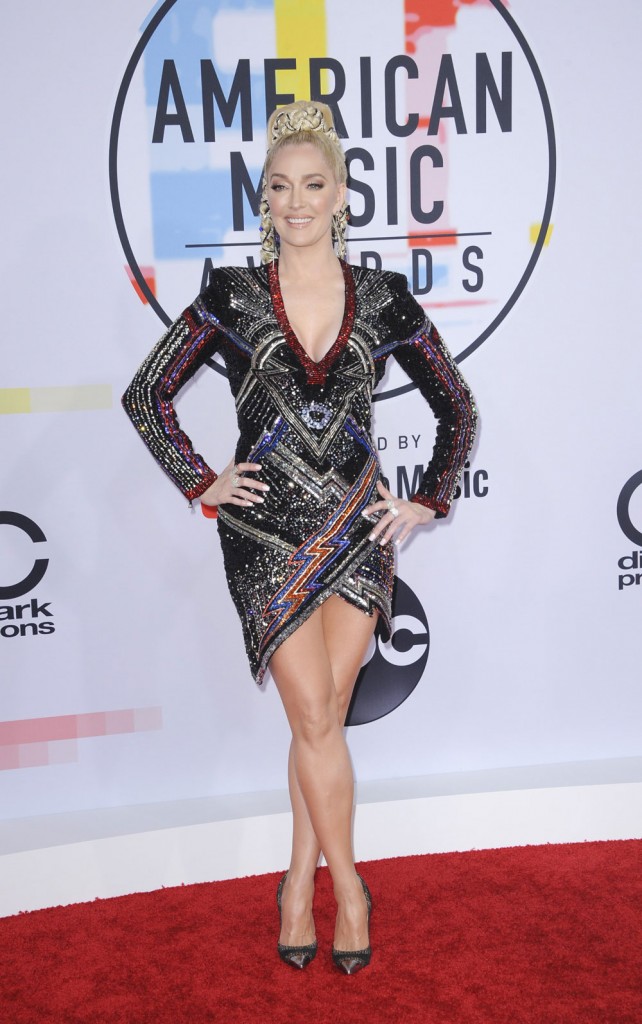 Here’s Bebe Rexha in a Balmain gown with huge shoulder pads and clusters of silver sequin lines. I really like this, it’s retro and fun plus it shows just the right amount of leg vs. neckline. She looks amazing. 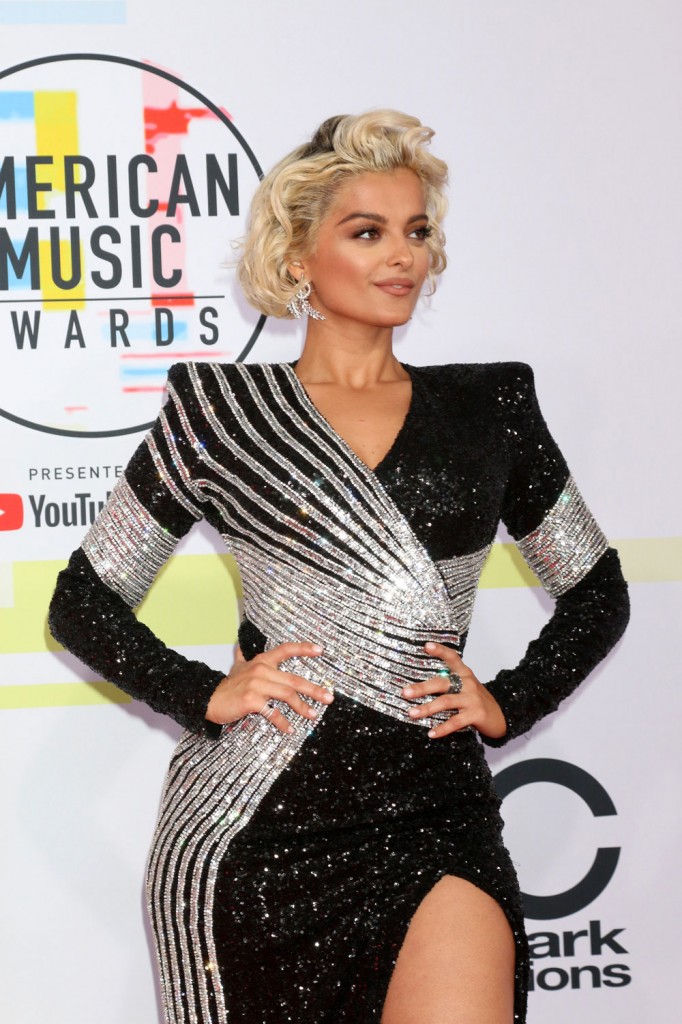 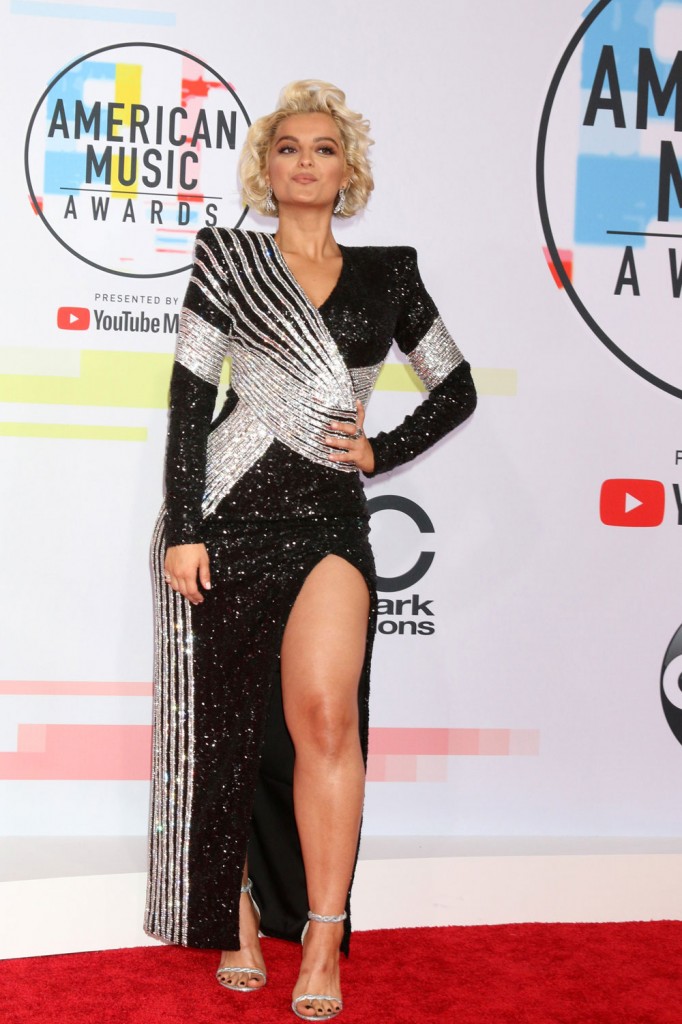