Cara Delevingne wore a top hat and tails to Eugenie’s wedding, as one does 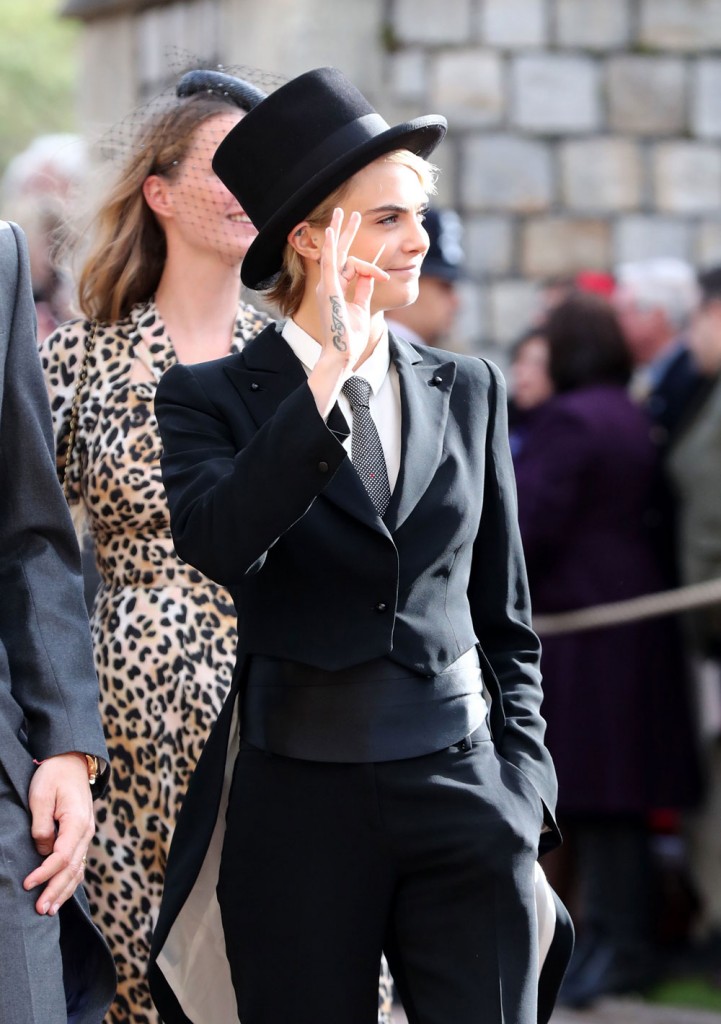 Everyone is raving about Cara Delevingne’s incredible tailored tuxedo at Princess Eugenie and Jack Brooksbank’s wedding. She was adorable and more than that she looked so comfortable. In the chapel before the wedding, when the camera was on her, Cara took off her top hat and fluffed out her cute asymmetric hair like it she had just air dried it.

Look at Cara DeLevigne in a suit and top hat fluffing her hair! ❤️#RoyalWedding pic.twitter.com/4KDla5Uu8E

She had a toothpick in her mouth, I can’t! 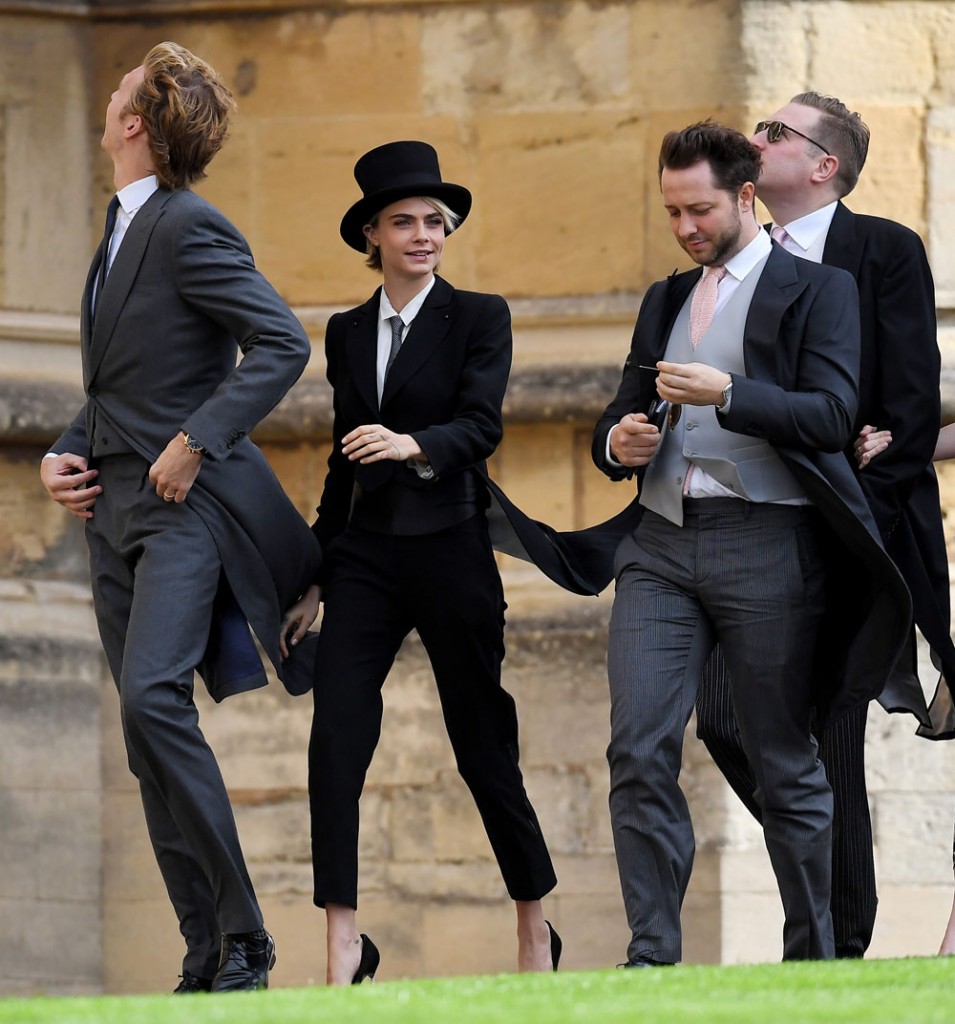 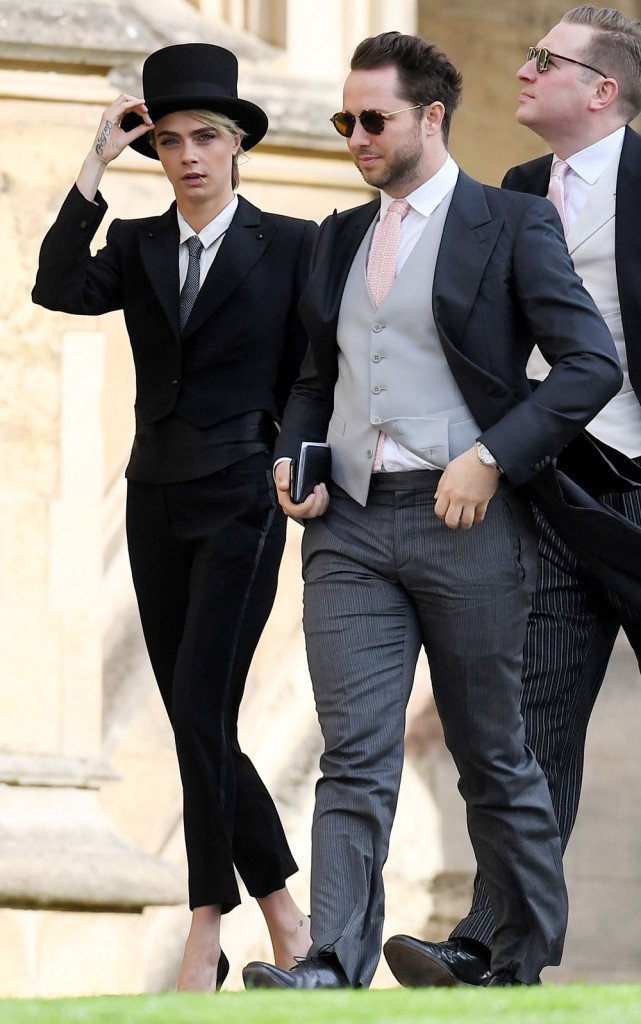 Here’s Robbie Williams, his wife Ayda Field, and his mother-in-law, whose hat blew off on their way into the church. People are dragging Robbie for chewing gum during the ceremony, which doesn’t seem like a big deal to me. Robbie and Ayda’s six-year-old daughter, Teddy, was a bridesmaid. 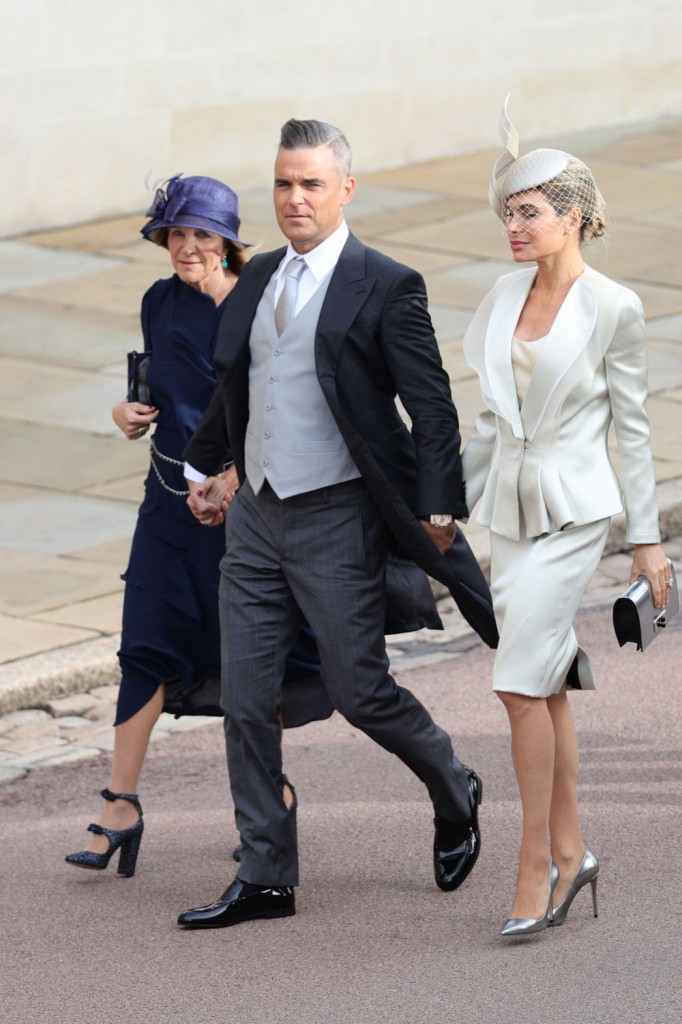 Naomi Campbell in a black and metallic fitted dress and cropped jacket accented by ostrich feathers and a fabulous hat with a giant black rose. She looks amazing. 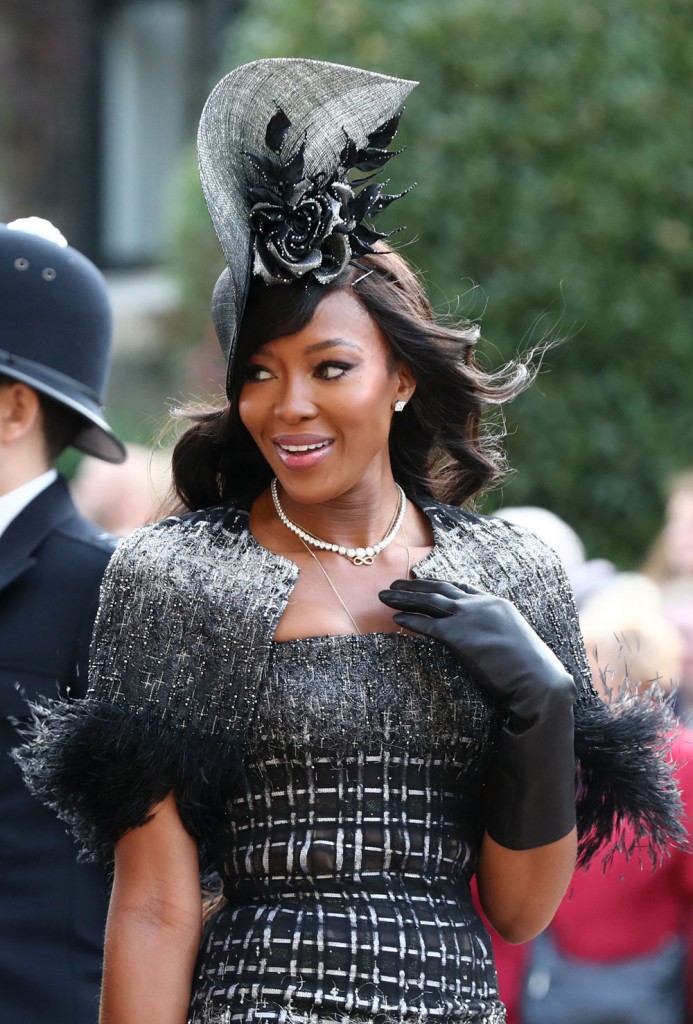 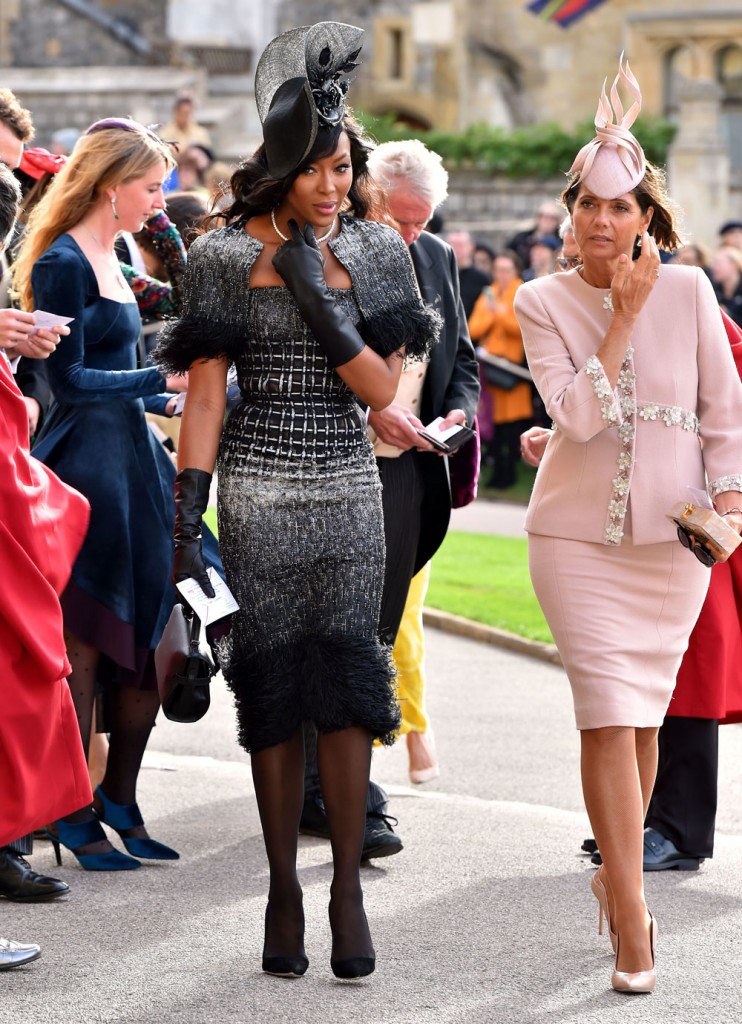 Singer Ellie Goulding was a bit matronly in this vintage look baby blue dress, but she looks comfortable at least. 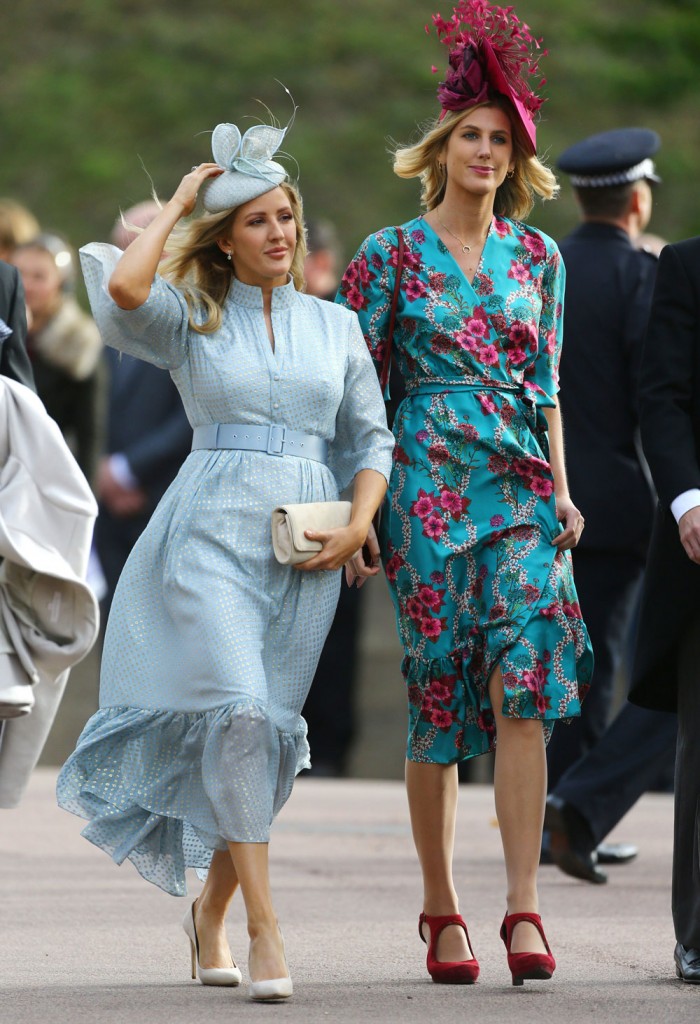 James Blunt and his wife, Sofia Wellesley. Her dress is somewhat busy and could do without the red-piped ruffles but I love her shoes! Velvet shoes are big this season. 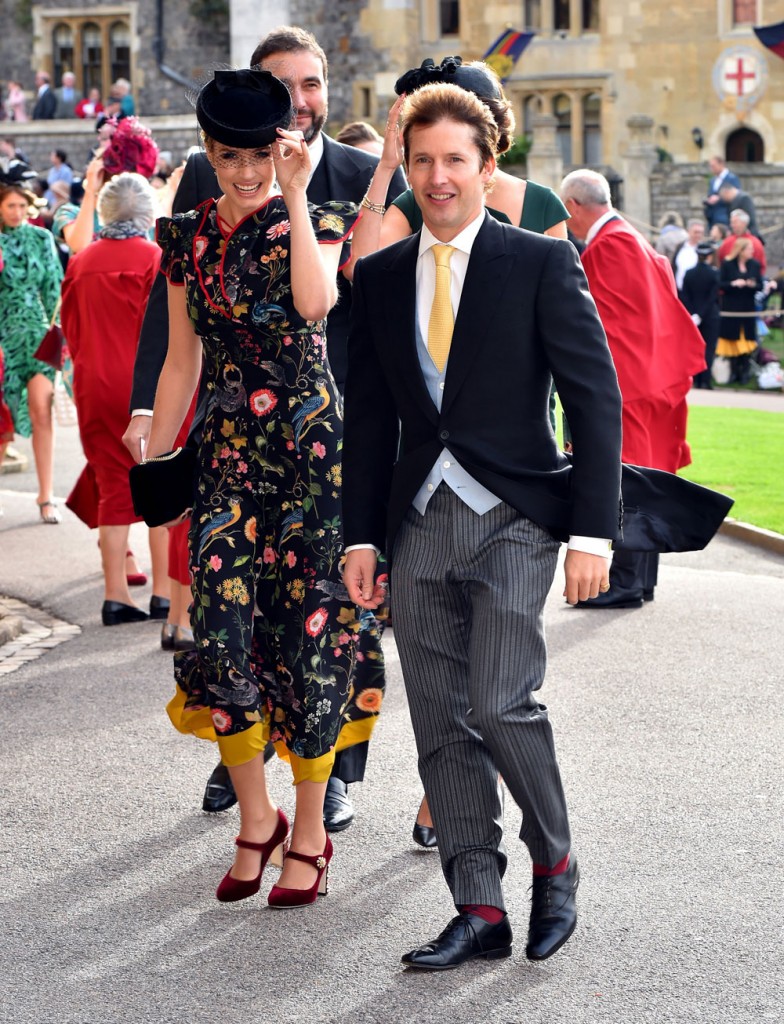 I don’t have an ID on her friend in the light blue beret and wide pants but this look is amazing.
Embed from Getty Images

Cressida Bonas, another one of Harry’s exes, also looked elated. I would not have put red shoes with that dress but there’s something fun about it. I like this look with the braided headpiece. 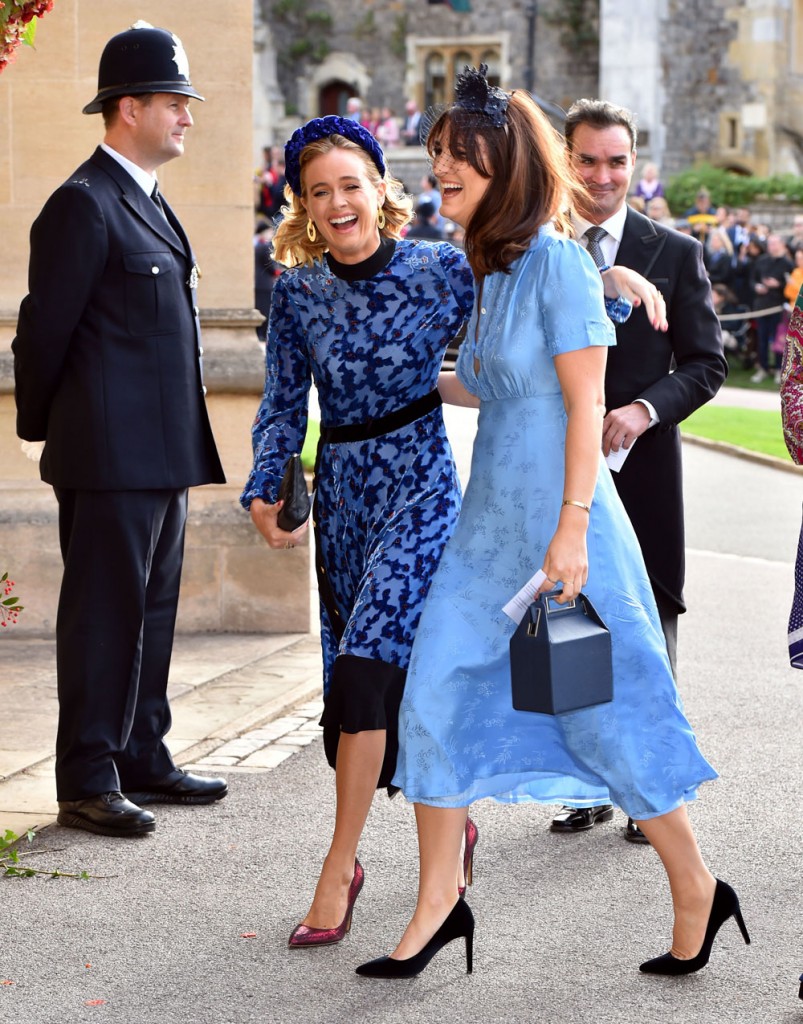 75 Responses to “Cara Delevingne wore a top hat and tails to Eugenie’s wedding, as one does”