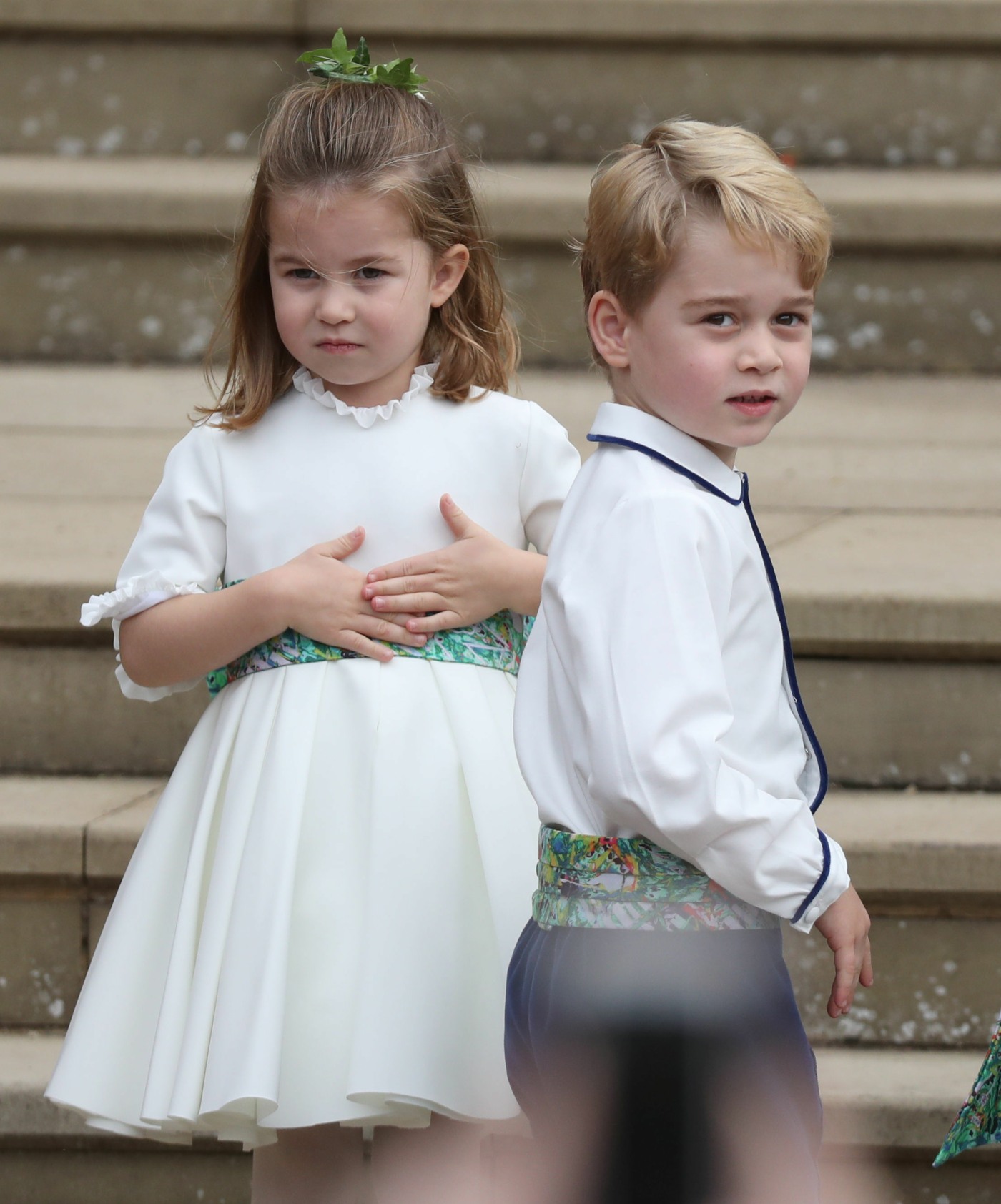 One thing I do envy about British royal weddings is that the kids always get a starring role, especially for the walk down the aisle and the arrival, but then the kids end up behaving themselves throughout the long-ass wedding. So it was with Princess Eugenie’s Windsor wedding – she asked every one of her royal-relative kids to be the pages and bridesmaids. Prince George and Princess Charlotte of Cambridge were there, as were Savannah Phillips, Lady Louise Mountbatten-Windsor (who was special attendant to the bride), Mia Tindall and more.

Lady Louise got to wear a special dress made by Claudie Pierlot, while the rest of the kids wore outfits by Amaia Arrieta Kids. Allegedly, Prince Edward and the Countess of Wessex’s son James (Viscount Severn) was supposed to be a special attendant too, but I saw him enter the church with his parents and I didn’t see him at all during the wedding, but it’s possible that I missed him.

Anyway, the kids were totally adorable. It’s clear that Savannah and George are super-close, and their relationship probably mimics the friendship Zara Phillips always had with Harry and William. Plus, George got a day off from school. Charlotte too. They were so happy! And Charlotte is SO GOOD at royal-waving. It’s in her blood.

The wind knocked over some of the kids, poor babies.

Here come the kids! Prince George and Princess Charlotte are as cheeky as ever at the #RoyalWedding. 💕 pic.twitter.com/WvkRNkQIkY 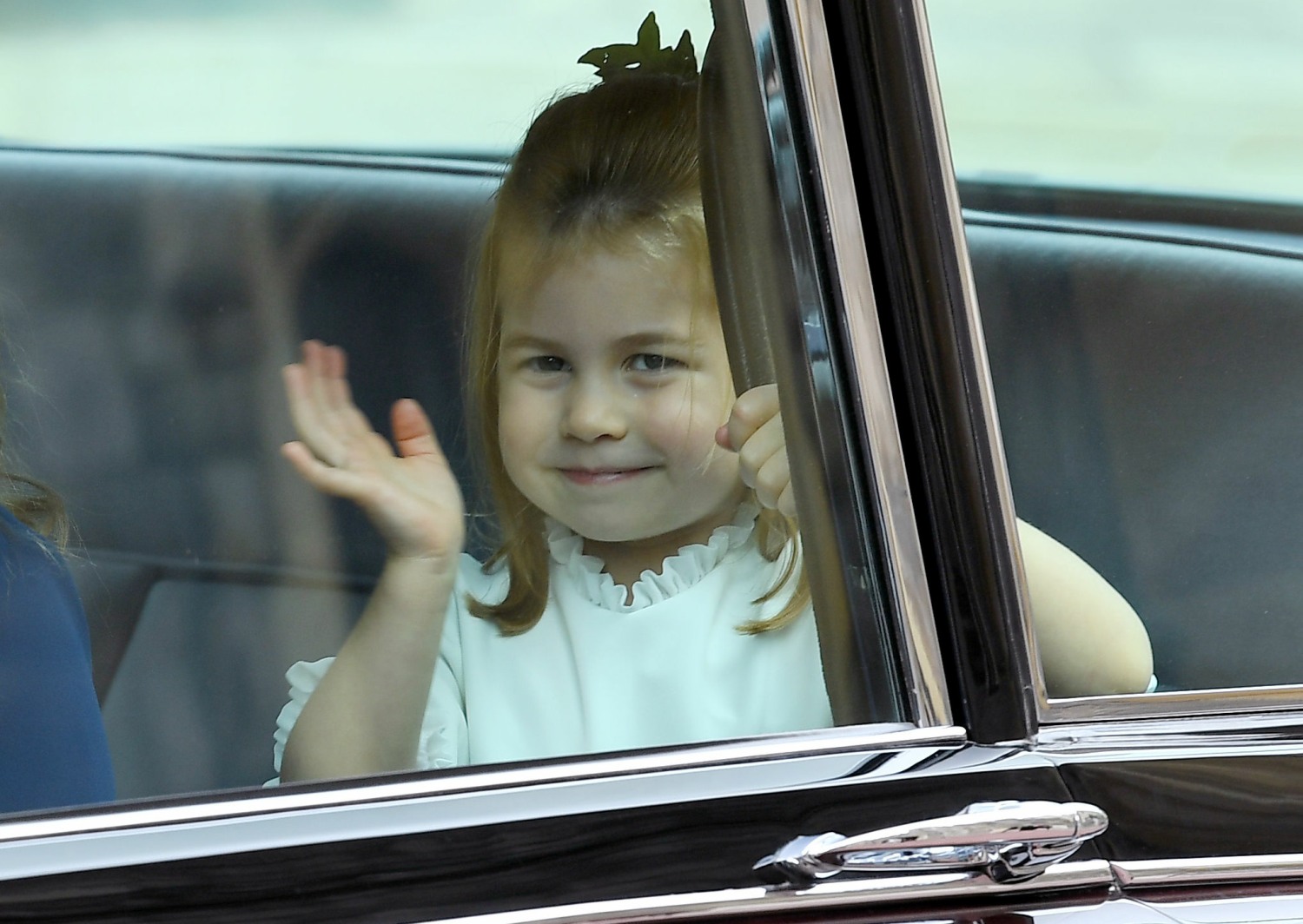 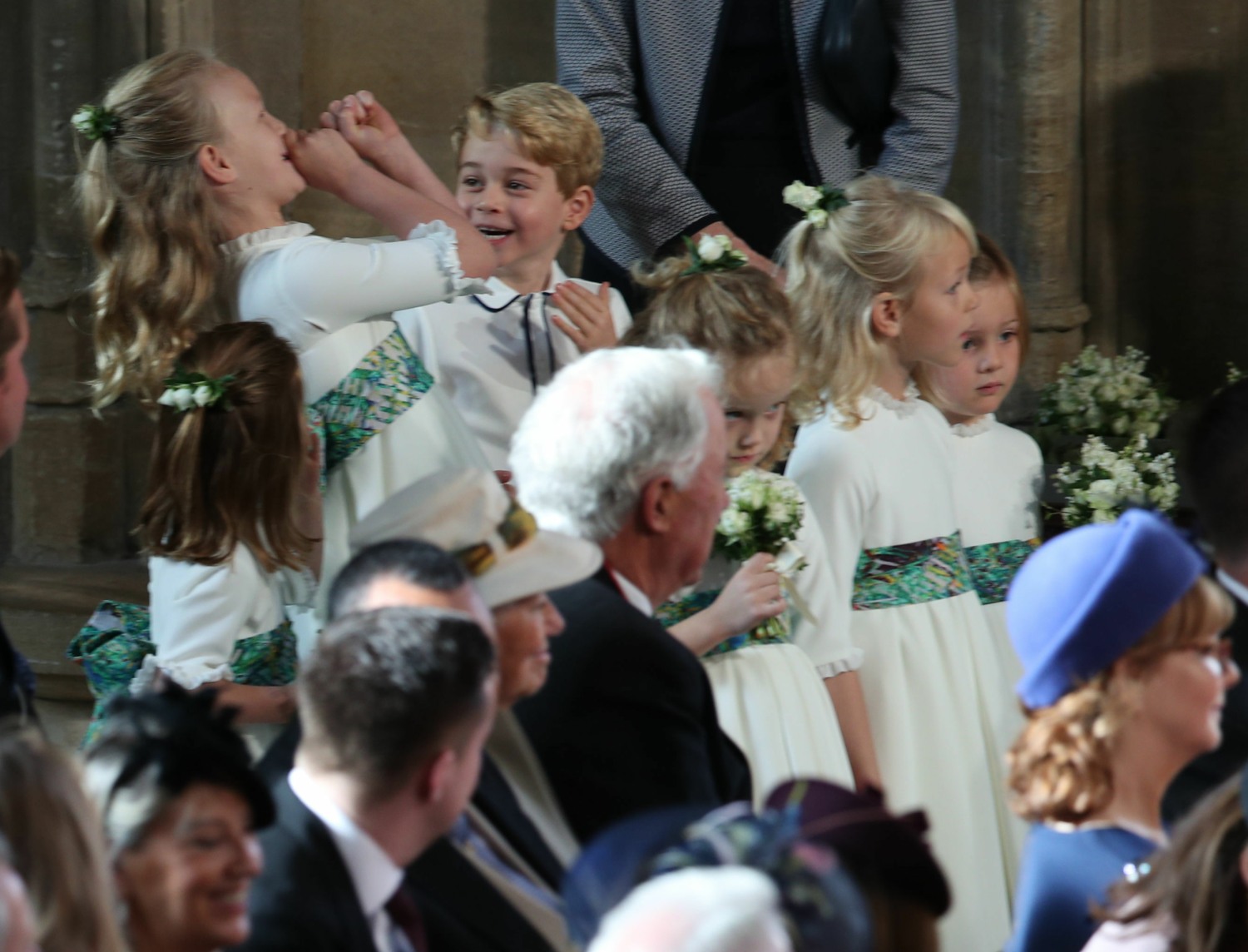 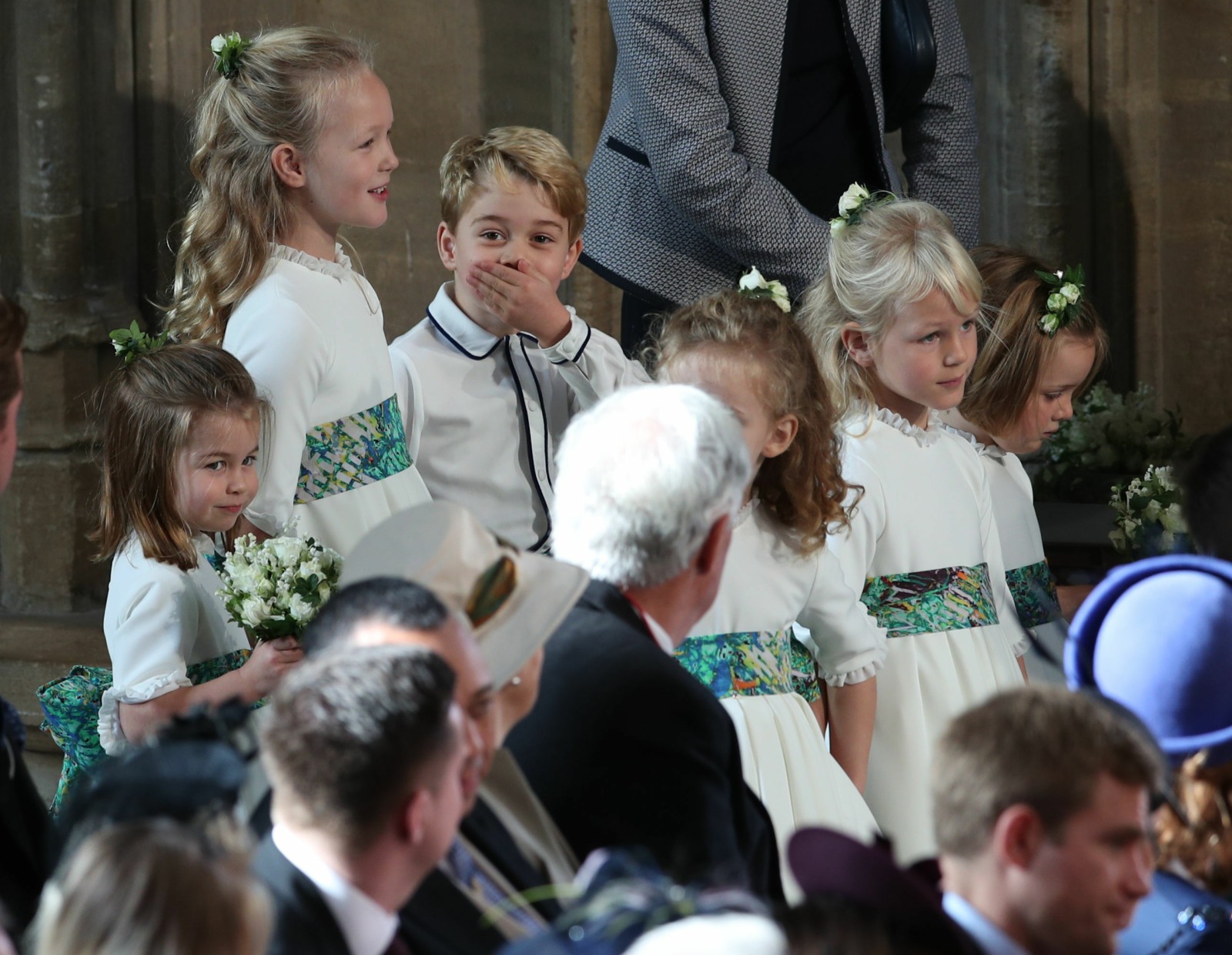 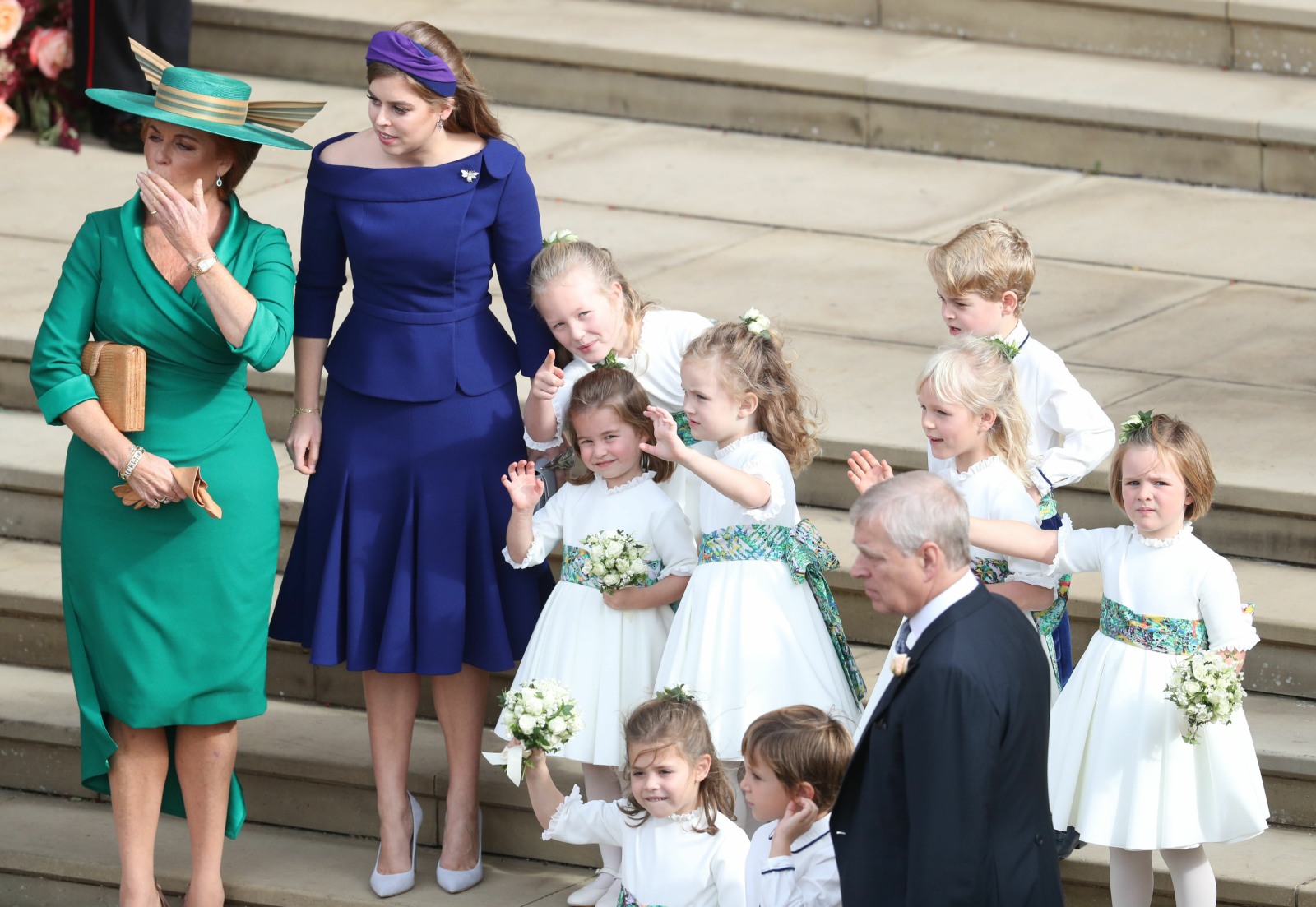