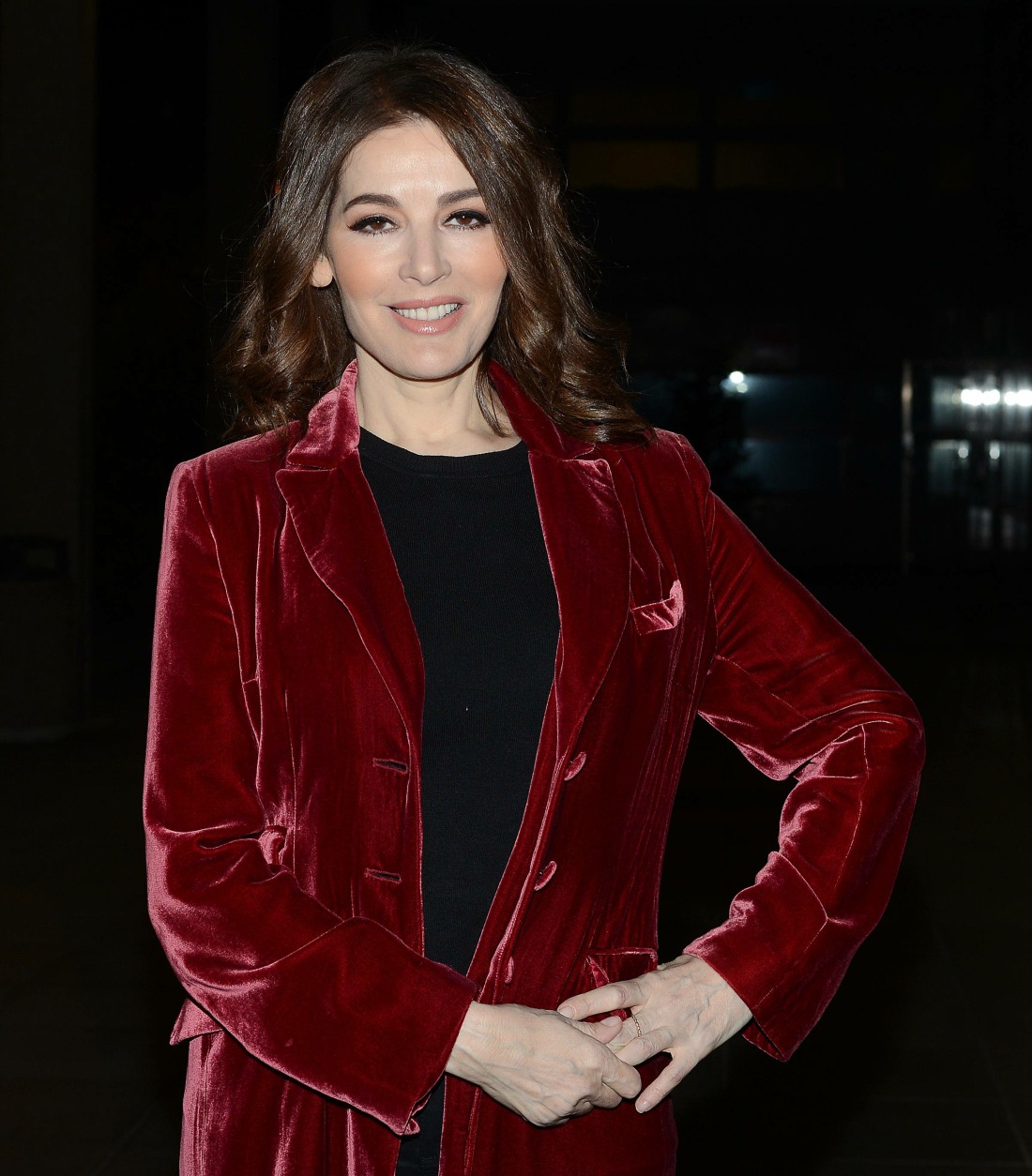 This interview with Nigella Lawson made me feel old! I remember when she first became a big thing in food/cooking TV programming, and I was startled to realize that it’s been 20 YEARS. This is the 20-year anniversary of the publication of her first “cookbook,” How To Eat. How To Eat made a global superstar and it ushered in an age of less-fussy home-cooking, in Britain and abroad. Nigella chatted with The Cut about the 20-year anniversary and how everything changed when she – GASP – encouraged average, everyday non-chefs to try simple recipes at home. You can read the full piece here. Some highlights:

What she did with How To Eat: She wanted “to own up to the fact that we can all feel stressed and overwhelmed by cooking at times… In a way, I know it sounds absolutely ludicrous, but saying something like, ‘You don’t have to make broth from scratch all the time’ was quite a big thing.”

The ‘90s chef-led cooking conversation: “I think what it was to, particularly for us in the U.K., it was meant to be the age of our great culinary renaissance, the ’90s. But it was very much taking place in restaurants. So, people started thinking they had to cook like that at home. And so really, in every single magazine article was really how to cook like a chef. It was very much the idea that people would come, and you would, as much as possible, try to copy the great restaurants, and do menus like that. And it was very unworkable…For me, I just thought, “This is ridiculous.” And what had propelled me was going to a dinner party at a friend’s house. We sat in her sitting room, at her table, and she was in the kitchen cooking quite elaborate food. And we could all hear her crying loudly in the kitchen. Everyone was getting quite awkward.”

Cooking is not about morality: “I feel that it does no one a service, male or female, to feel ill at ease in the kitchen. I don’t think it’s a moral good to cook, and I don’t think it matters whether you can cook or not. But, from my point of view, I feel it’s very much part of my independence, and it’s important for me not to think that I have to depend on anyone else for my subsistence in a way, and my survival, which food is. So, it was about encouraging people who are frightened of cooking, by showing how straightforward it can be.

Whether cooking & eating can be feminist: “I also was writing it very much from a point of view of saying to women — I mean obviously I wasn’t just writing for women — but was saying to women: “You are entitled to eat.” And I think that it’s so important, because women had been trained to be the providers of food but not the consumers of food. And that to me is a terrible thing…See, when I wrote How to Be a Domestic Goddess [2000], in a title ironic, and I was criticized for that… But I always felt it is essentially anti-feminist to disparage anything that has traditionally belonged to the female realm. Of course if it is expected of you and it’s drudgery, that is not a comfortable thing. But I certainly feel that, in a way, perhaps, it’s a space that we had to reclaim. And I think what made this easier for me as well is that my generation of friends, more men cooked than women. And so, I didn’t think I was being retrograde in some sense. And as I say, I didn’t feel it was my duty to cook. I’ve never implied that my ideal eater is a man.

I never realized that Nigella was so intellectual and socio-political about cooking, and I really appreciate everything she says here. “I don’t think it’s a moral good to cook, and I don’t think it matters whether you can cook or not.” This is a profound statement – so many chefs and cooks act like they are the truest benefactors of society because they “feed people,” like they’re morally superior to people who can’t boil an egg. “I think that men do command a different sort of respect from cooking generally.” That too is a profound statement – that somehow being a “chef” was only important when MEN did it, and if “weak” women could cook a bit at home, well tut-tut, isn’t that cute. Also: “You are entitled to eat.” That too was an important message, because it was always clear that Nigella ENJOYED eating as much as she enjoyed cooking. 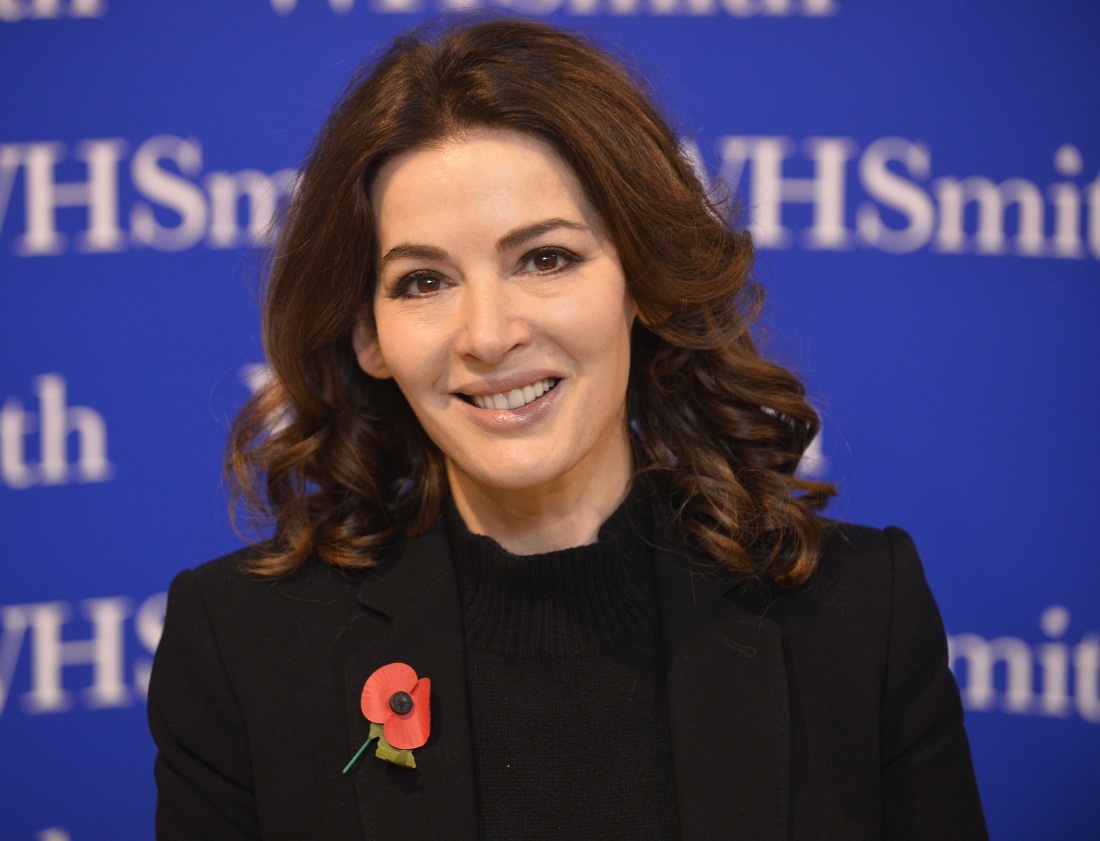 19 Responses to “Nigella Lawson on eating, feminism: ‘I don’t think it’s a moral good to cook’”