Katy Perry: ‘I’ve struggled with depression and wanting to belong’ 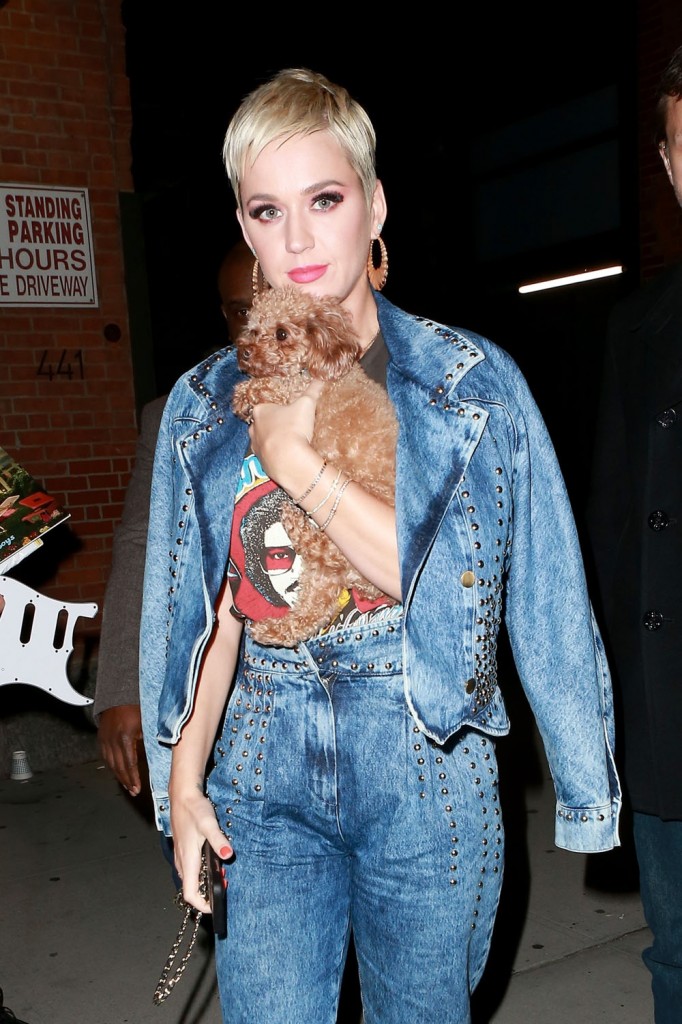 It’s been a few years since it was especially notable when a celebrity revealed a mental health battle. A lot of that is due to social media, and also with the rise of informal interviews on podcasts and YouTube. We’re similarly seeing more shows in which mental health issues are highlighted. One of those is the Tony-winning musical Dear Evan Hansen, based on the book of the same name and running on Broadway since 2016. It’s about a teenager with social anxiety who finds his purpose after the suicide of a peer. Katy Perry is a fan, having seen it twice now, and she was so inspired by the show that she’s done a cover of one of the songs. In an Instagram post announcing her version, she revealed that the message of the play resonated with her, and that she’s also battled depression and feeling like she’s on the outside of social groups.

On April 29, 2017, I went and saw Dear Evan Hansen on Broadway, and was emotionally transformed forever. In my own life, I’ve struggled with depression, and like so many, always feeling alone in the battle of wanting to belong. That night, I was particularly struck by the song “Waving Through A Window.” It embodied the mental isolation I sometimes fought. So when my friends @benjpasek and @justinpaulmusic came to me and asked if I would like to re-record this song, not only to help launch the national tour, but to continue the conversation on mental health and all its complexities, I jumped right in. I hope this song helps you know that you are not alone, and that I’m waving back at you. Tune in tonight for a listening party at 9p PT at youtube.com/DearEvanHansenMusical #DearEvanHansen #WavingThroughAWindow

Now I want to see Dear Evan Hansen but more than that I want to take my teenager with me to see it. This song didn’t need a remake by Katy Perry though. I appreciate the fact that the message resonated with her and that she wanted to bring awareness to mental health issues and celebrate it through her music. She’s also brought much more attention to this excellent show, but the original is better! Katy hasn’t been finding her footing in her music lately, and I say that as someone who actually likes Swish Swish. All we’ve heard about her lately, apart from this brave admission, is that Orlando Bloom is super committed and is just about to propose. I want her to focus on herself and her career and realize that she doesn’t need a man. I really do admire that she’s opening up and being vulnerable though, that takes courage and will help people.

Here’s the original version of the song:

Also I know this 80s acid wash studded jean outfit is ridiculous but I love that she’s wearing it! It’s like a costume and it’s so f-ing fun. That’s Katy’s dog Nugget, she was photographed outside American Idol auditions. (I guess people still watch that? I mean they’re still making it but it’s on ABC now.) 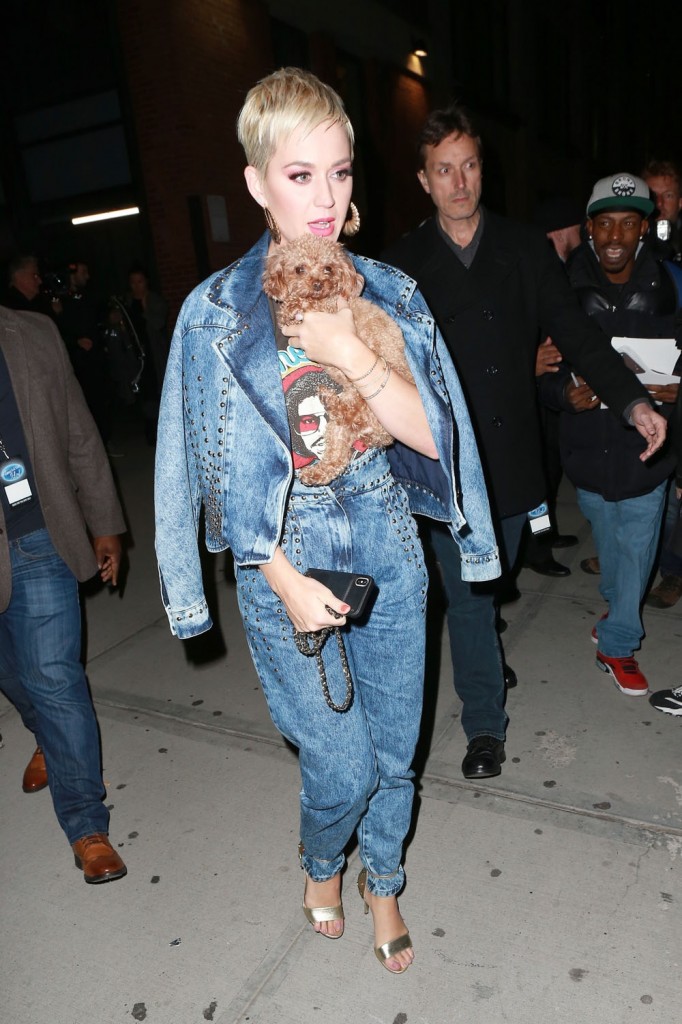 3 Responses to “Katy Perry: ‘I’ve struggled with depression and wanting to belong’”