Mike The Situation Sorrentino from Jersey Shore is about to go to prison to serve an eight month sentence for tax evasion, which is not surprising from a guy whose name evokes difficult circumstances. Before Mike serves his sentence he was able to have a lavish wedding though, which he can somehow afford despite owing so much money to the government he’s going to prison for it. (Also see: Teresa Giudice.) US Weekly has exclusive photos and quotes, which partially explains how he was able to pay for the wedding, along with the fact that it was all filmed for Jersey Shore: Family Vacation. Mike and his new wife, Lauren Pesce, will have to wait a while to live happily ever after as husband and wife. In the mean time they’ll always have their special day, which happened last week on November 1. Mike reportedly cried a lot.

Mike… cried happy tears throughout it all, telling Us Weekly that it was “like a fairy-tale come true.”

Pesce, 33, used Castle Couture to find her long-sleeved Pronovias gown and matching veil, and she couldn’t have been happier. “I know what I like! I’m very picky, so I’m very impressed,” she told Us about every part of the wedding.

The pair exchanged Layna Friedman rings on the big day at The Legacy Castle in New Jersey.

Pesce wore a nude lip and long eyelashes done by makeup artist Lauren D’Amelio, and the look lasted all day and night, although the couple cried through much of it! Luckily, they were able to get away and clean up in between the festivities. “We had a nice little retreat, like the bridal suite and the groom suite, and we were able to sneak up there,” she told Us. “We really took it in like, ‘This is our day and this is only happening once in our lifetime…’”

“I handpicked every single person we worked with,” the bride said, adding that they also collaborated closely with the 495 Productions team since the wedding was filmed for Jersey Shore: Family Vacation. “We had a hand in every little detail, so I’m really proud of the people we chose to work with because they’re all such pros in their field.”

“I can’t believe that we were able to pull off such an unbelievably beautiful wedding like that,” the reality star told Us. “We’re on cloud nine right now. We had our wedding at a castle fit for a king and a queen.”

I’m oddly fascinated by couples who look so alike they could be siblings. I try not to stare at people but I notice this, especially because my job involves seeing photos of famous couples. Mike and Lauren have the same nose, the same cute cheeks and even the same mouth, right? There are studies showing that people are attracted to partners who look like them, or more specifically their parents, but it’s unknown why this happens.

As for the subject of this post, this is typical reality star behavior. I used to get all upset about the sh-t Teresa Giudice pulled after she declared bankruptcy. She would routinely post to social media about her lavish lifestyle, including exotic vacations, parties and gifts she gave her kids. Tori Spelling does it too. They don’t care. Sometimes there are cameras there and we talk about it. Rinse and repeat. Some of them do go to jail, which is more than I can say for the current president.

The Jersey Shore guys did a little dance routine in red sweat suits. These reminded me of prison jumpers

#Repost @usweekly Exclusive: The Situation is a married man! Mike Sorrentino tied the knot with his college sweetheart, Lauren Pesce❤️ Tap the link in our bio for the details! (📷: @anthony.serrantonio ) 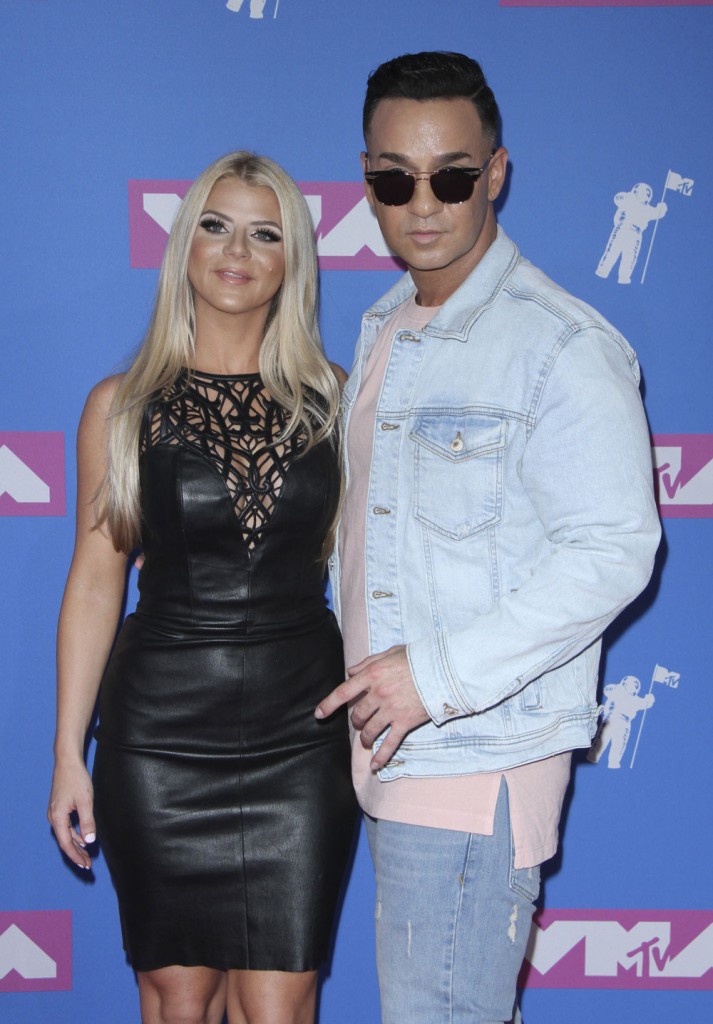