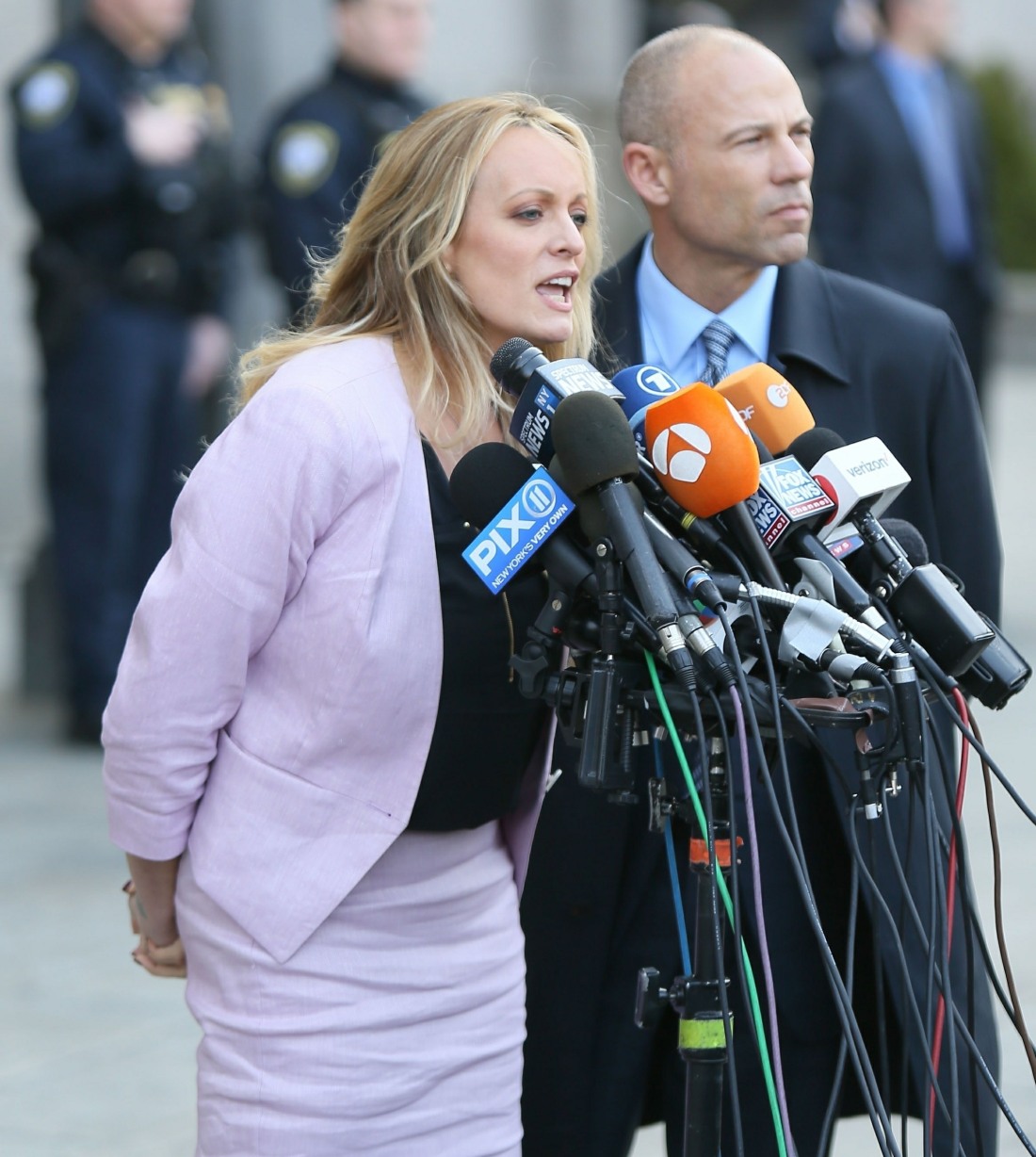 Sometimes I get it wrong. I got it wrong about Michael Avenatti. I overlooked or ignored the warning signs: his thirst for the limelight, his temper, his Trump-like need for attention. I wanted to believe that there was a legit lawyer who took Stormy Daniels seriously, and that together they were doing their part to fight fascism. I believed in Avenatti for a time. I even left room for various conspiracy theories about Avenatti’s arrest for domestic violence (which, honestly, is still shady AF). Stormy was cautiously on Avenatti’s side during the arrest drama, but it seems like she’s had enough. She issued a statement to the Daily Beast about why she’s now on the fence about keeping Avenatti as her lawyer:

“For months I’ve asked Michael Avenatti to give me accounting information about the fund my supporters so generously donated to for my safety and legal defense. He has repeatedly ignored those requests. Days ago I demanded again, repeatedly, that he tell me how the money was being spent and how much was left. Instead of answering me, without my permission or even my knowledge Michael launched another crowdfunding campaign to raise money on my behalf. I learned about it on Twitter.

“I haven’t decided yet what to do about legal representation moving forward. Michael has been a great advocate in many ways. I’m tremendously grateful to him for aggressively representing me in my fight to regain my voice. But in other ways Michael has not treated me with the respect and deference an attorney should show to a client. He has spoken on my behalf without my approval. He filed a defamation case against Donald Trump against my wishes. He repeatedly refused to tell me how my legal defense fund was being spent. Now he has launched a new crowdfunding campaign using my face and name without my permission and attributing words to me that I never wrote or said. I’m deeply grateful to my supporters and they deserve to know their money is being spent responsibly. I don’t want to hurt Michael, but it’s time to set the record straight. The truth has always been my greatest ally.

“My goal is the same as it has always been—to stand up for myself and take back my voice after being bullied and intimidated by President Trump and his minions. One way or another I’m going to continue in that fight, and I want everyone who has stood by me to know how profoundly grateful I am for their support.”

This just made me sad. We really thought Avenatti was an ally, or failing that, we respected the way he zealously represented his client. But now it seems like Avenatti is as shady as they come, from start to finish. He’s breaking several big ethical rules by raising money for Stormy’s defense and then refusing to give her a full accounting of it. He’s also going to be in major trouble with the Bar Association about filing the defamation suit against Stormy’s wishes. Ugh. The Daily Beast contacted Avenatti about Stormy’s statement, and here’s what he had to say:

“I am and have always been Stormy’s biggest champion. I have personally sacrificed an enormous amount of money, time and energy toward assisting her because I believe in her. I have always been an open book with Stormy as to all aspects of her cases and she knows that. The retention agreement Stormy signed back in February provided that she would pay me $100.00 and that any and all other monies raised via a legal fund would go toward my legal fees and costs. Instead, the vast majority of the money raised has gone toward her security expenses and similar other expenses. The most recent campaign was simply a refresh of the prior campaign, designed to help defray some of Stormy’s expenses.”

So he’s only addressing the issue about the fundraising and not the defamation suit. The thing is, Avenatti could be telling the truth about the fundraising sites and where that money is going. The problem is that Stormy is right too, and she has every right to know the full accounting of those fundraisers, which are in her name. 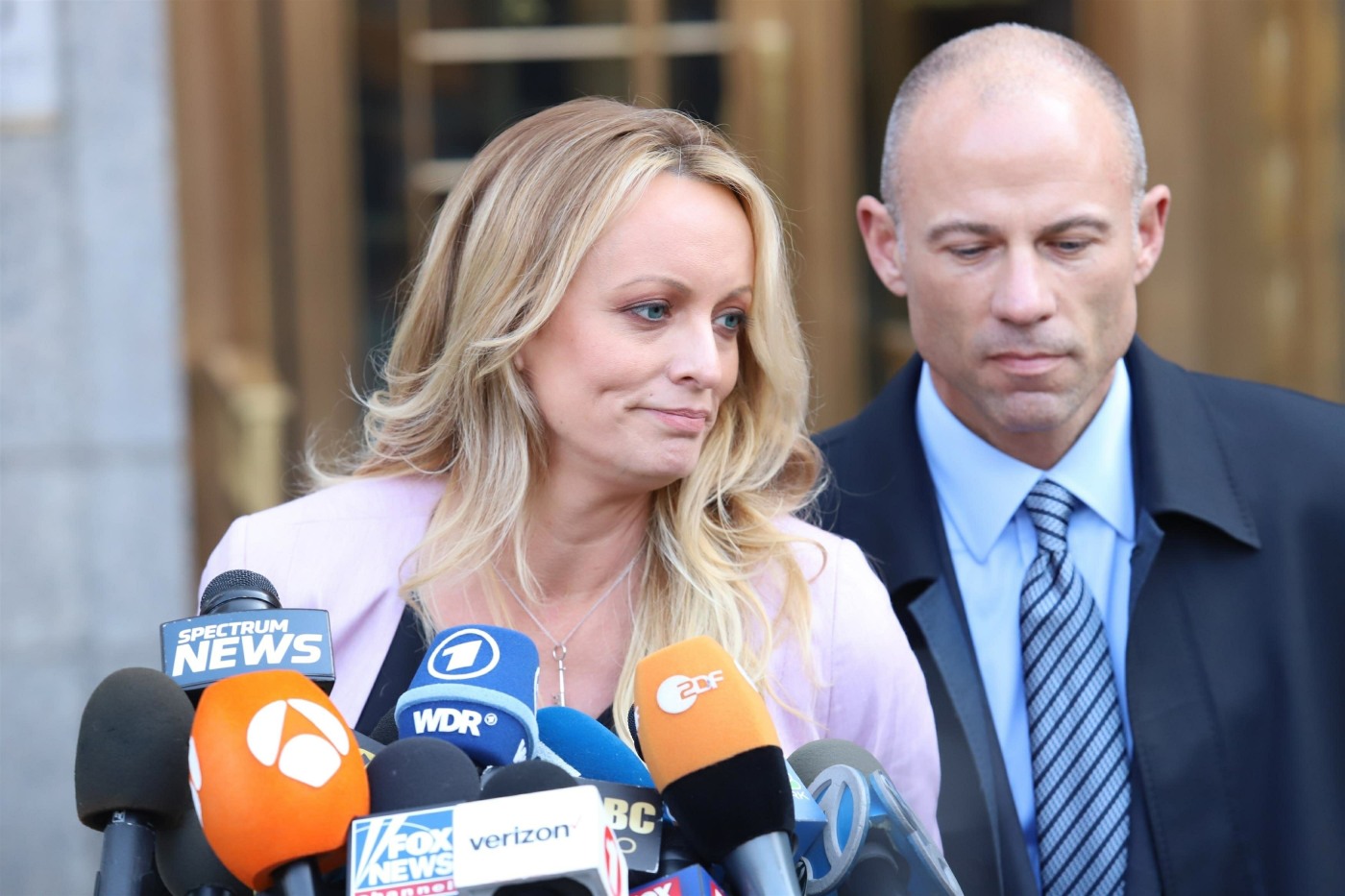