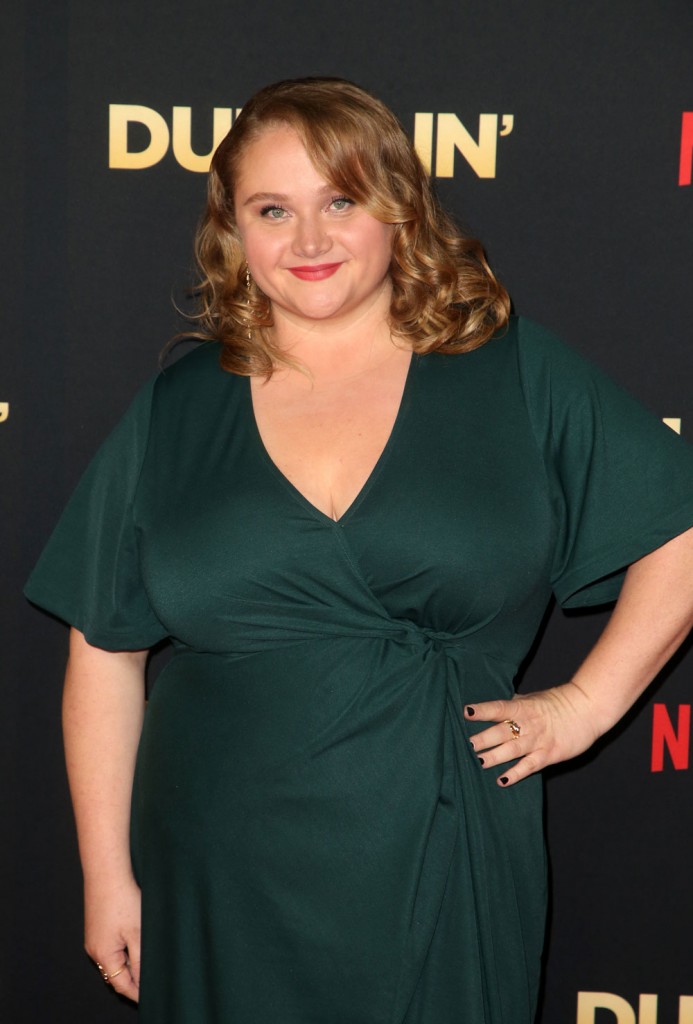 Netflix’s Dumplin was such a fun, highly watchable movie. It was one of those cute feel good films that isn’t so dumb and predictable you feel guilty for watching it. Plus there are a lot of great performances. Jennifer Aniston was very good in it, there’s a cameo by Kathy Najimy, and the lead Willowdean (Dumplin is her mom’s nickname for her), Danielle Macdonald, 27, is mesmerizing. (Other newcomers, including the best friend, played by Odeya Rush, and another pageant contestant, Maddie Baillio, are wonderful. The love interest, played by Luke Benward, is getting a lot of buzz as well.) Danielle first shot to fame as the star of 2017’s Patti Cake$, available to stream on HBO. It turns out Danielle is actually an Australian actress, and you wouldn’t know it as she nailed the accent. She practiced a lot to get that right. Danielle told Teen Vogue about her preparation process and how she relates to her character.

On identifying with Willow and her message
“I think we all go through those moments of self-doubt. Don’t get me wrong I still go through them, [but] you just get to a point where you’re like, ‘I’m OK with who I am. You are enough.’

“I hope that people can see you can have self-doubt, you can feel insecure at times, but also be [a] person that knows their worth — and be witty and confident. You don’t have to be entirely one thing. I think that hopefully [by] watching this movie, [people] can hopefully relate to all of these characters and realize, ‘Oh wow, we all have these moments. We all go through this.’ We aren’t all as different as we think we are, we’re all just going through it together and that’s really comforting.”

On working with Jennifer Aniston
“I grew up watching Friends and all her movies, and I was so excited to work with her. And then, I met her and I was like, ‘Oh. You’re like a very relatable human being.’”

On more inclusive casting
“It would be really cool to have some more roles where it doesn’t matter how a character looks. You get a script you see it and it doesn’t matter, there’s no description of how the character looks in any way shape or form, it’s just whoever is right for the role is the person. Don’t get me wrong I love these roles, too. I love roles where people actually get to talk about issues and problems, but it’d be nice to mix it up a little bit as well.”

I love that line about how you can doubt yourself but still know your worth. It’s not one or the other. I also really liked what she said about how it would be great to have roles where a character’s appearance isn’t central to it. This reminds me of something we’ve heard from actresses of color, recently Viola Davis and Regina King, that all women should be considered for roles and that the default shouldn’t be white and thin. This occurred to me when I was watching Dumplin, that even though her build was a plot point it didn’t seem to matter at all. She was a believable lead actress and love interest. If we’re considering female coming of age movies she could have played the lead in Lady Bird for instance. Instead the best friend and sidekick was a larger woman. (Maybe that’s a bad example as it was based on Greta Gerwig’s life and Saoirse Ronan was awesome in it, but you know what I mean!) Eighth Grade is a great example of a film with a lead who wasn’t made to look perfect. Elsie Fisher had blemishes and she was an average size and she stole every scene. 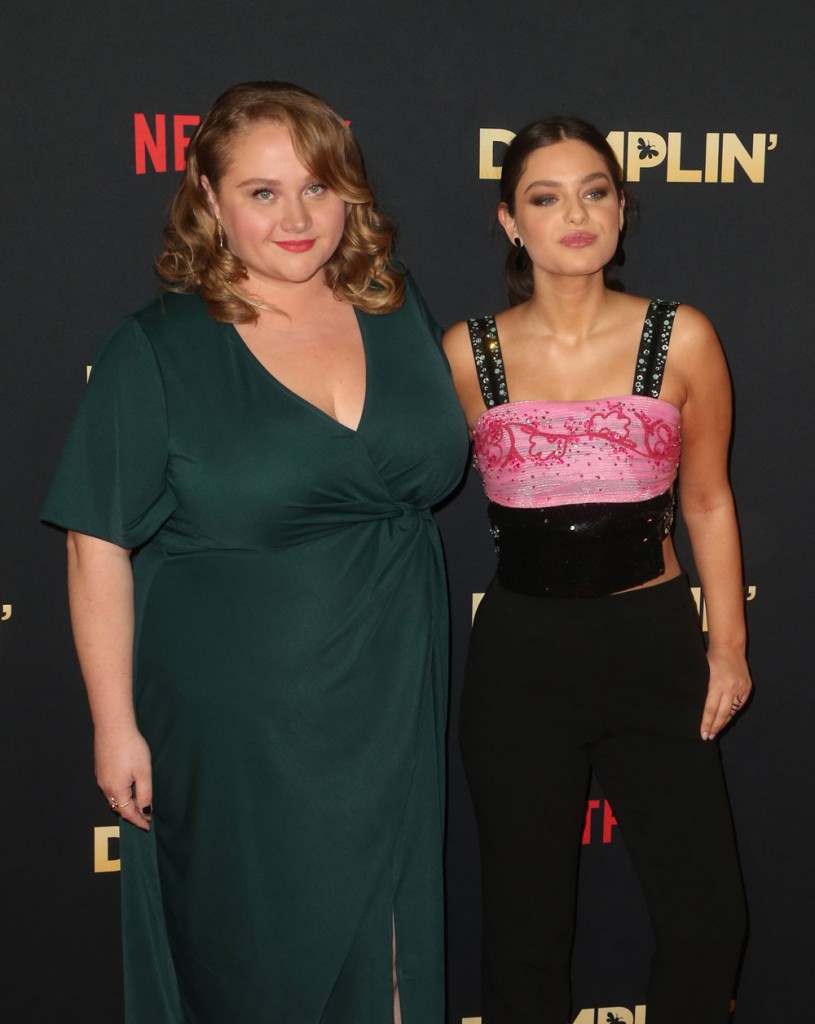 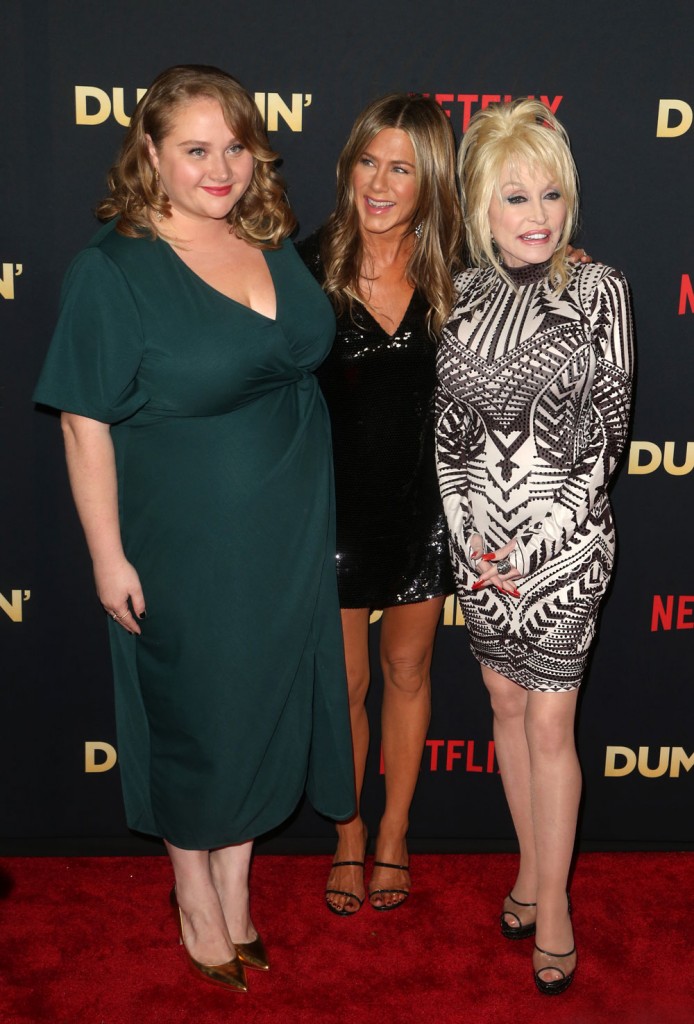