Lupita Nyong’o in custom Armani at the Globes: gorgeous & flirty? 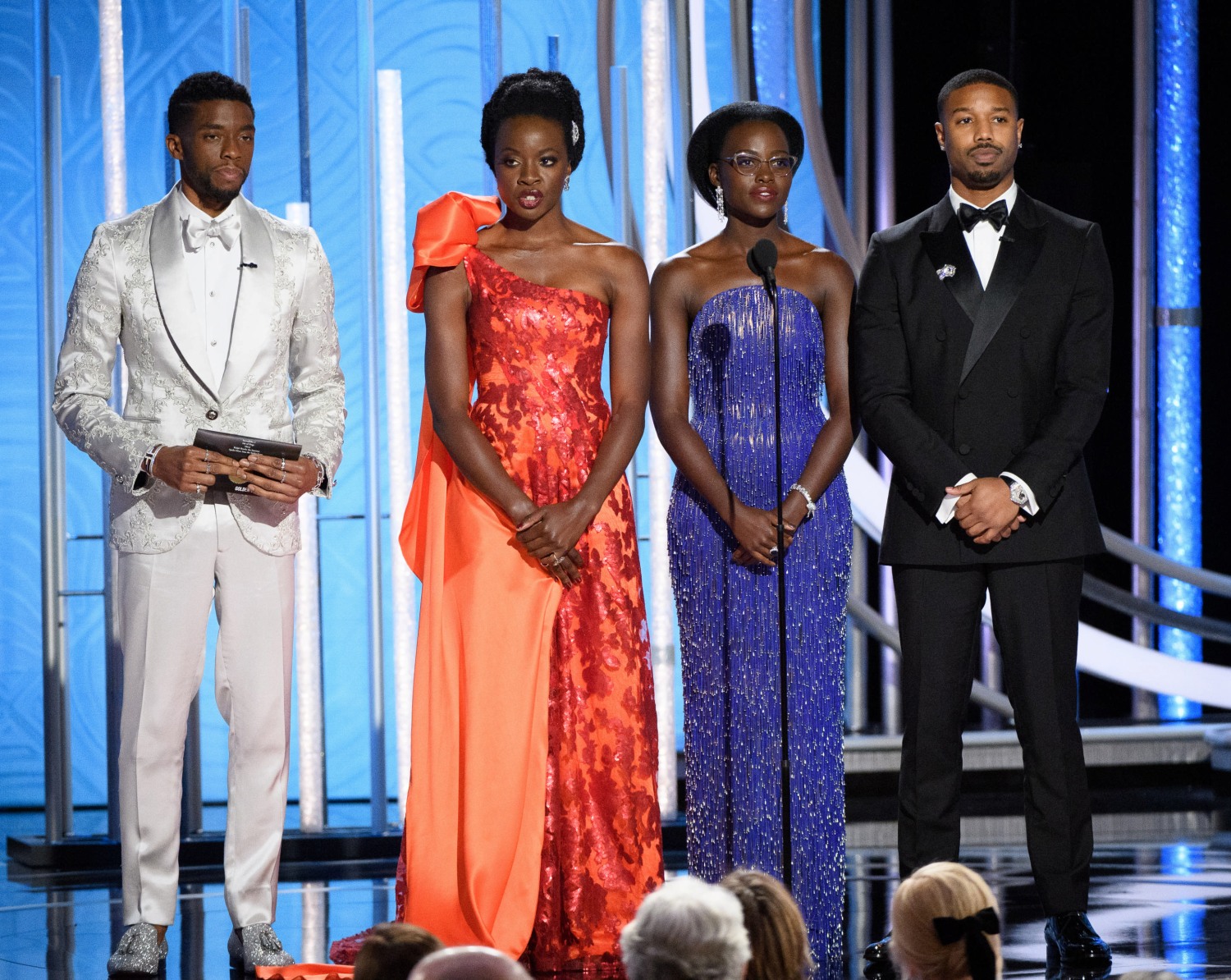 The main people of Black Panther came out for the Globes: Lupita Nyong’o, Chadwick Boseman, Michael B. Jordan, Danai Gurira, and writer/director Ryan Coogler. I don’t think Chadwick walked the carpet, but Lupita, MBJ, Danai and Ryan all walked and posed together. Lupita wore an absolutely stunning custom Calvin Klein gown which shimmered whenever she moved. Danai wore a Rodarte gown which is basically the fire emoji come to life. Also: Lupita and MBJ seem very touchy-feely with each other. I have to ask again: are they just flirty friends, or is there something there? 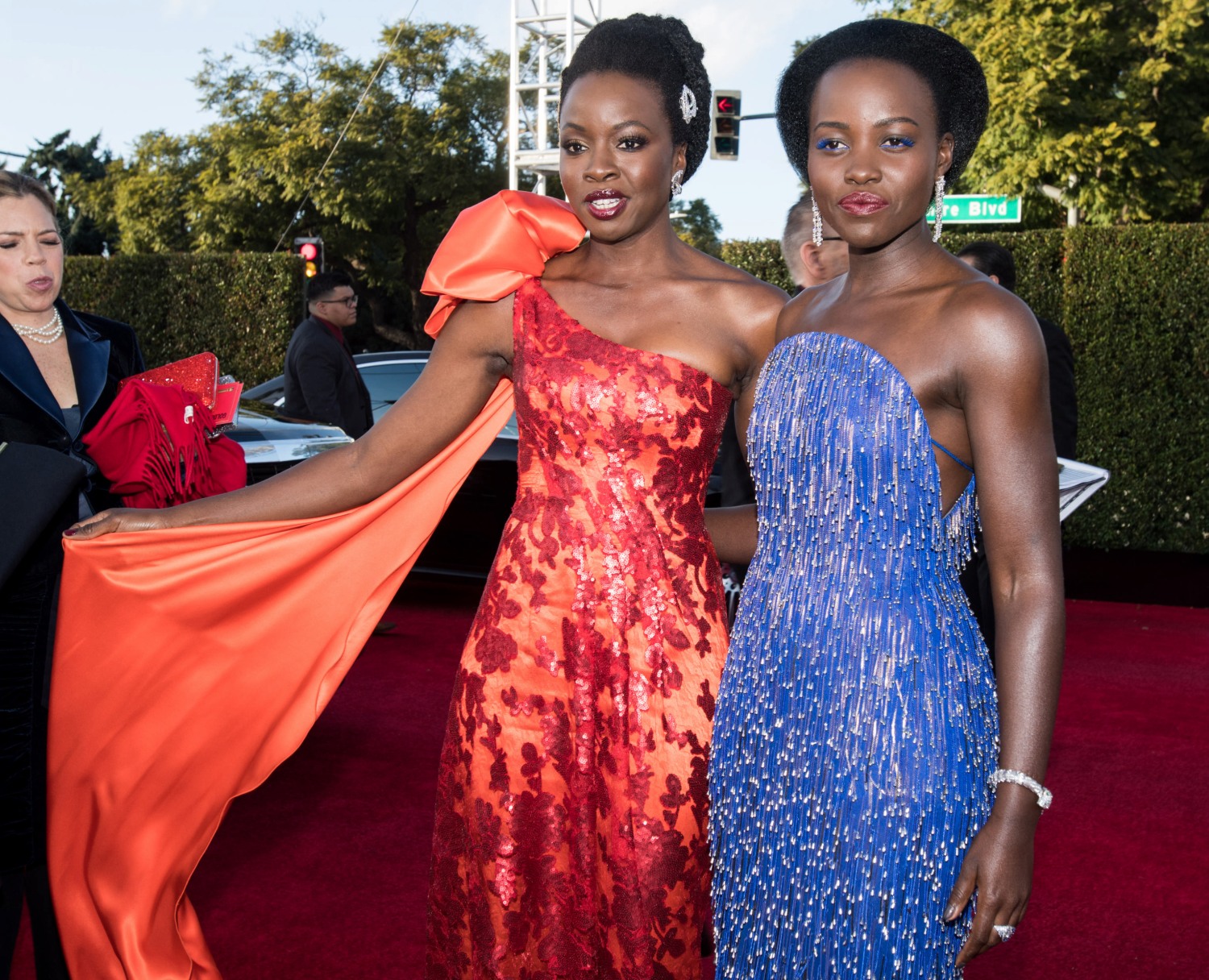 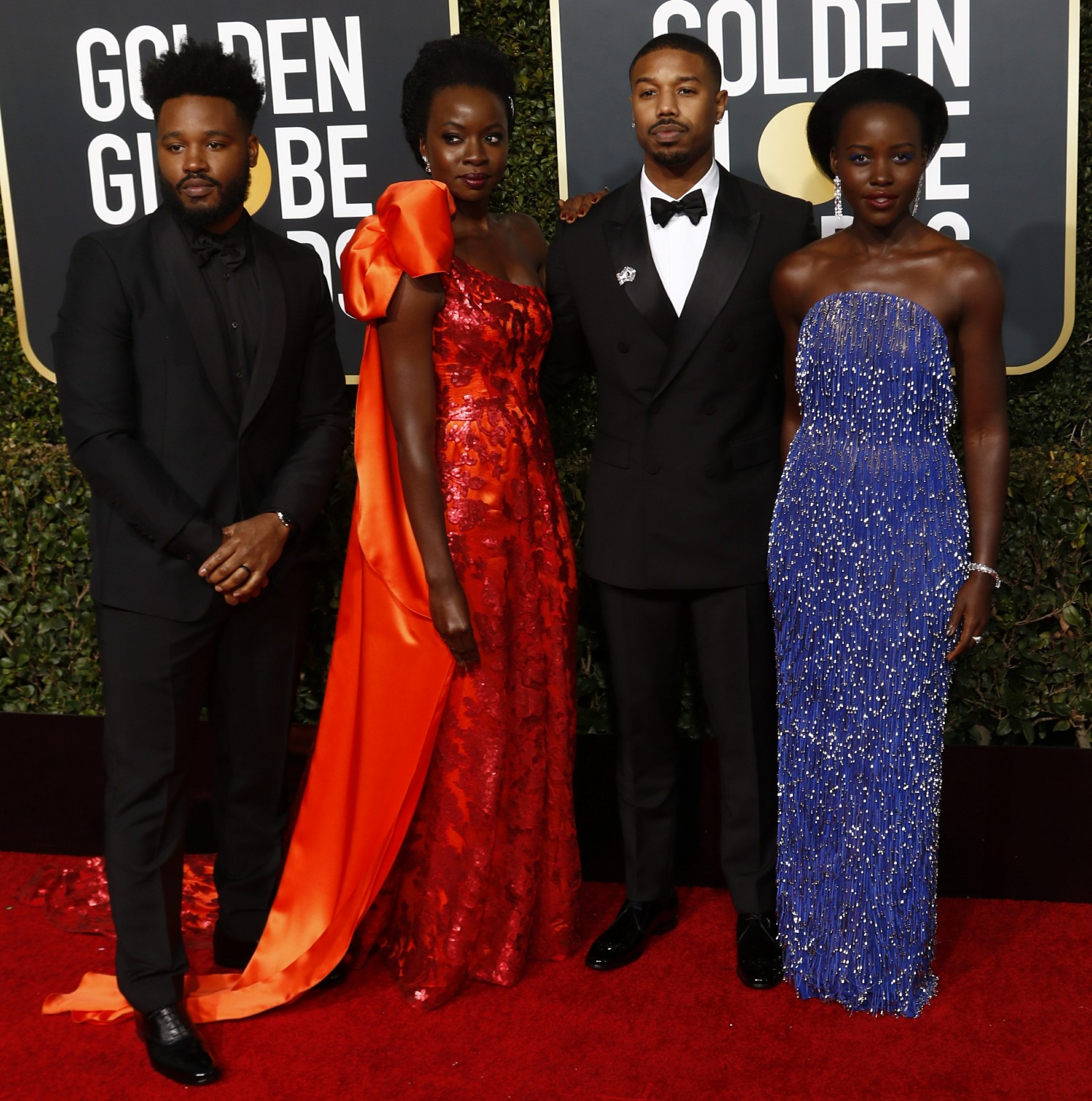 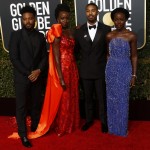 26 Responses to “Lupita Nyong’o in custom Armani at the Globes: gorgeous & flirty?”