Diane Kruger wanted a baby at 35, but she had ‘to wait for the right person’ 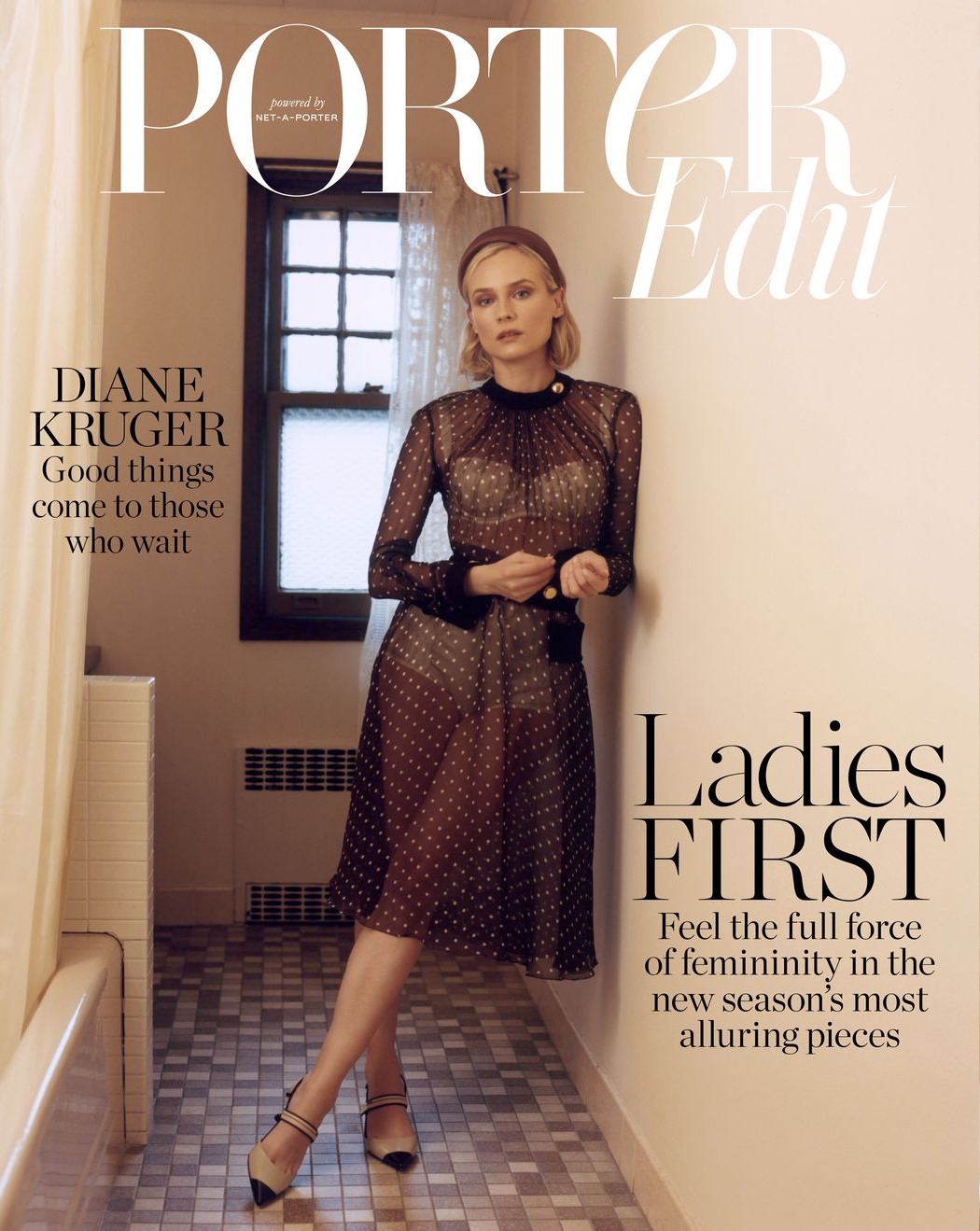 Diane Kruger covers the latest issue of Porter Edit Magazine to promote her supporting role in Jeremiah Terminator LeRoy, the true story of “JT LeRoy,” the fake-ass literary wunderkind. Kristen Stewart is the “real” JT LeRoy and Laura Dern has a big role too, but Diane is in there as a European movie star who wants to secure the rights to JT LeRoy’s novel. She talks about all of that, as well as giving a glimpse into her life with Norman Reedus. Porter Edit being a low-key digital fashion magazine, they didn’t press her on the nitty-gritty of her relationship, and they even helped her whitewash the whole mess. They claim that Diane only started with Reedus when her relationship with Joshua Jackson was over. Which… is not what happened. Diane also chats about motherhood in her 40s (she’s 42 now) and more – you can read the full piece here. Some highlights:

Celebrity culture: “Celebrities would flock to JT’s readings – they all wanted a part of this guy who seems to be so pure and ‘authentic’,” says Kruger, with an expression of slight disdain. “Celebrity culture is so ugly – or it can be, anyway – and that story really highlights that.”

She doesn’t want to share anything about her relationships post-Joshua: “I will never talk about my relationship ever again…I feel like I share enough of my life with everyone. Some things have got to stay more concealed now.”

On having a baby last year: “I didn’t think I wanted children for a long time. I was too selfish. But by the time I got to about 35, I thought, yes, I probably do want one. But then you have to wait for the right person to come along.”

Whether she’s changed her mind about marriage too: “Never say never. I would have a party. I’d like to wear a nice dress. But I’m not religious, so that aspect of marriage doesn’t mean anything to me. There’s obviously a financial security that comes with marriage, but I’m financially independent – I don’t need anyone for that.”

Moving to Paris when she was 15: “And I just kind of never came back. I saw a different world, and it was awesome. I cannot believe my Mum let me go. I credit her with everything I have in life, because if she didn’t have faith in me and trust me, there’s no way I would be where I am today. But there were no cellphones, I had no credit card, there was no chaperone, I didn’t speak any French. No, my daughter will not be doing that.”

Her model years: “It just got boring after a while. And being judged only on your physical appearance all the time seemed very redundant.”

She doesn’t get offered many English-language roles: “It’s fine, though. I think as you grow older, you learn that things come to you when you’re ready for them.” Likewise, she says, regarding motherhood. “I’m glad I waited.”

On Norman Reedus as a father: “He’s so calm, and he teaches me a lot, because he’s done it before. There’s definitely something to be said for being with someone who is doing it for the second time.”

“But by the time I got to about 35, I thought, yes, I probably do want one. But then you have to wait for the right person to come along…” Ouch, man. She was with Joshua for ten years, and by her own admission, she orchestrated their breakup – soon after she was seen publicly cheating on Joshua with Reedus – then she gives interviews about how “liberated” she felt after she dumped him, and how he wasn’t the “right person” to have a child with? I get that she’s speaking in this piece as a woman who had only recently given birth and she obviously adores Reedus. But she’s throwing some really petty AF shots at an ex-boyfriend who did nothing but love her for a decade. 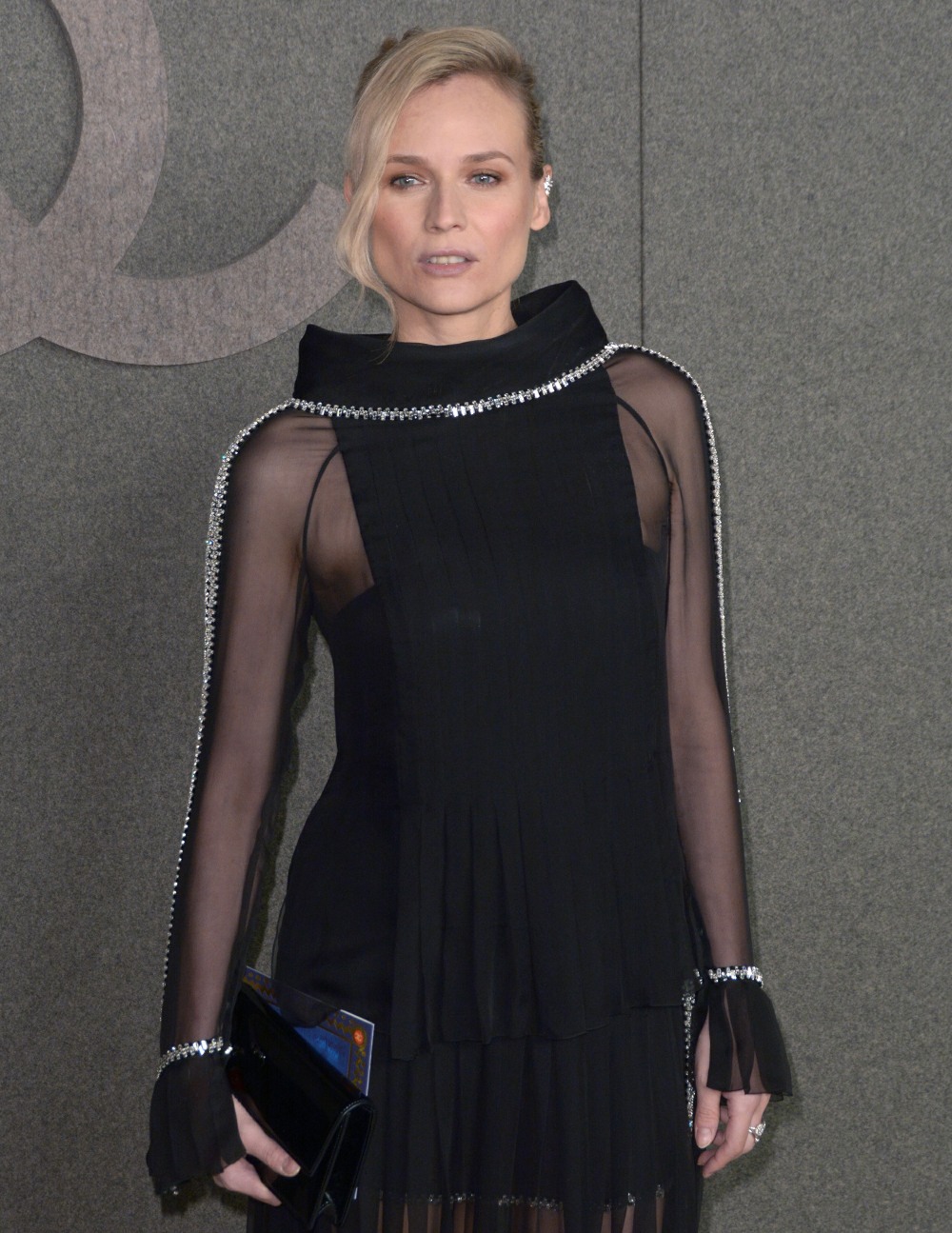 60 Responses to “Diane Kruger wanted a baby at 35, but she had ‘to wait for the right person’”