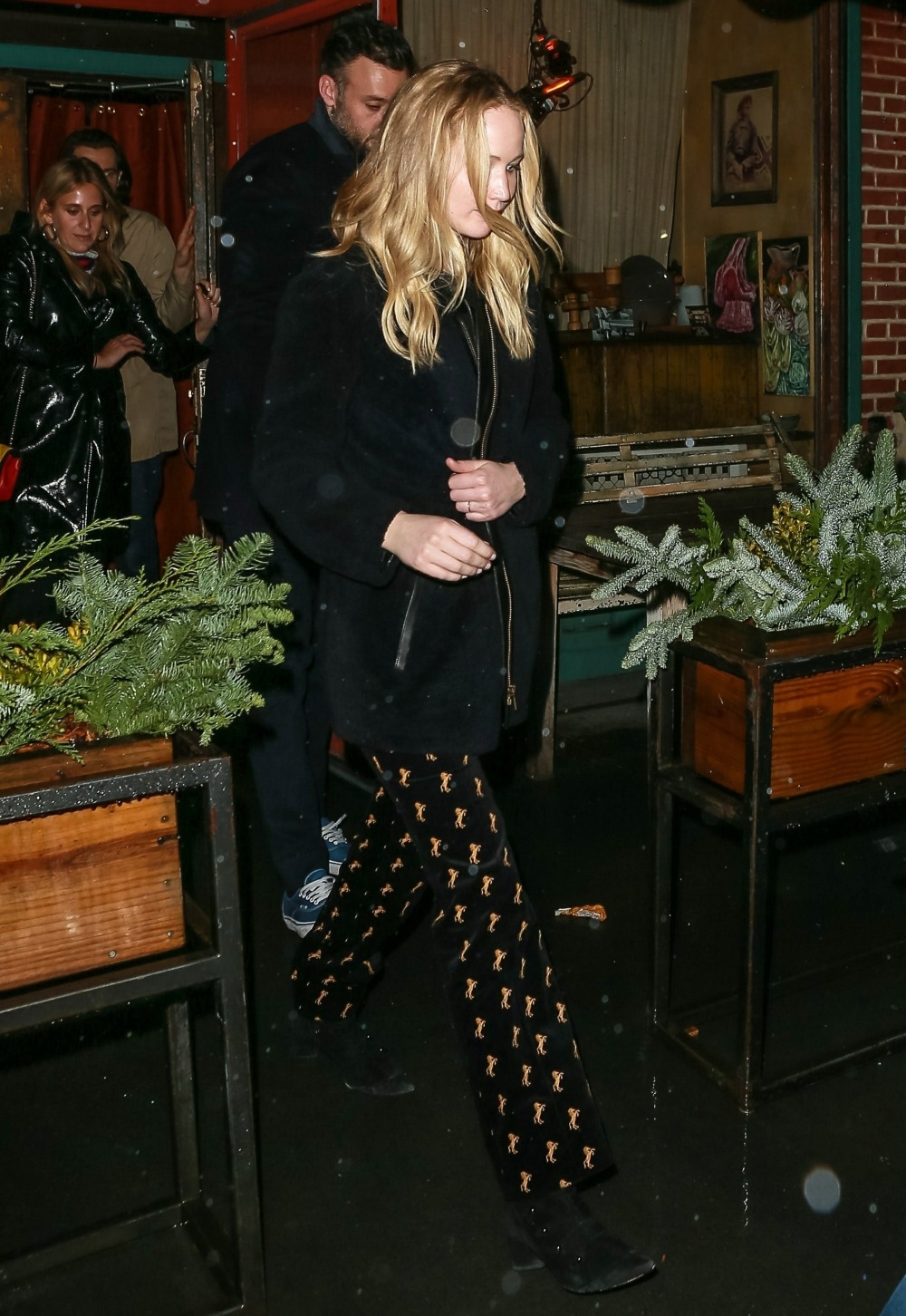 Tuesday afternoon/evening was when Page Six first reported the rumor that Jennifer Lawrence and Cooke Maroney got engaged. It was soon confirmed by her rep, and many outlets ran “Who Is Cooke Maroney?” pieces Tuesday night and all day Wednesday. Then last night, Cooke and Jennifer stepped out for dinner at Il Buco in New York. PASTA. They got some Italian food, good. Gotta carb-load!

I actually love the vibe of this – so many newly-engaged couples step out for what are obvious pap-strolls to “show off the ring” and give the press new photos of them for all of their reporting. If that’s what this is, I like Jennifer’s “leave me alone” vibe. She’s wearing pants, not bridal white. It also looks like she turned her engagement ring around on her finger so we wouldn’t be able to judge the size of diamond (which is reportedly quite big). I believe that she didn’t want to be photographed last night.

As for all of those pieces about “who is Cooke Maroney,” I’ll summarize some stuff: he is the director of the Gladstone gallery and he represents a lot of high-end artists like Anish Kapoor and Richard Prince; he’s a regular at high-end art openings and he hangs out in the Hamptons. He rents an apartment in Tribeca. He grew up in Middlebury, Vermont and he has a degree in Art History from NYU (he graduated in 2007). He’s a Democrat. I’ve seen people claiming that he’s rich or his family is rich or he’s “old money,” but I haven’t seen any evidence that he comes from a crazy-wealthy family. Don’t get me wrong, I think he probably comes from an upper-middle class – or even wealthy – family, but I’ve seen no indication that he’s, like, a secret Rockefeller or something. 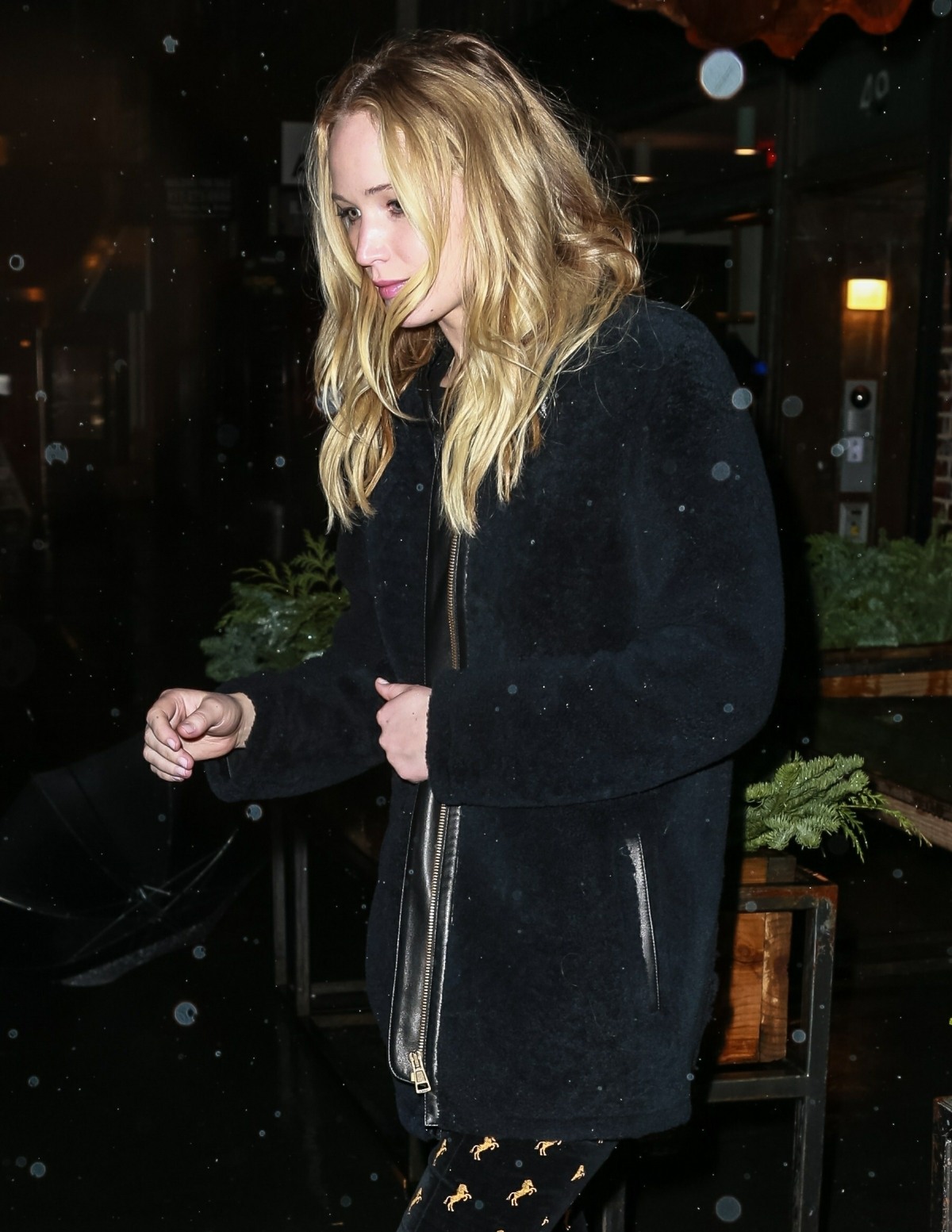 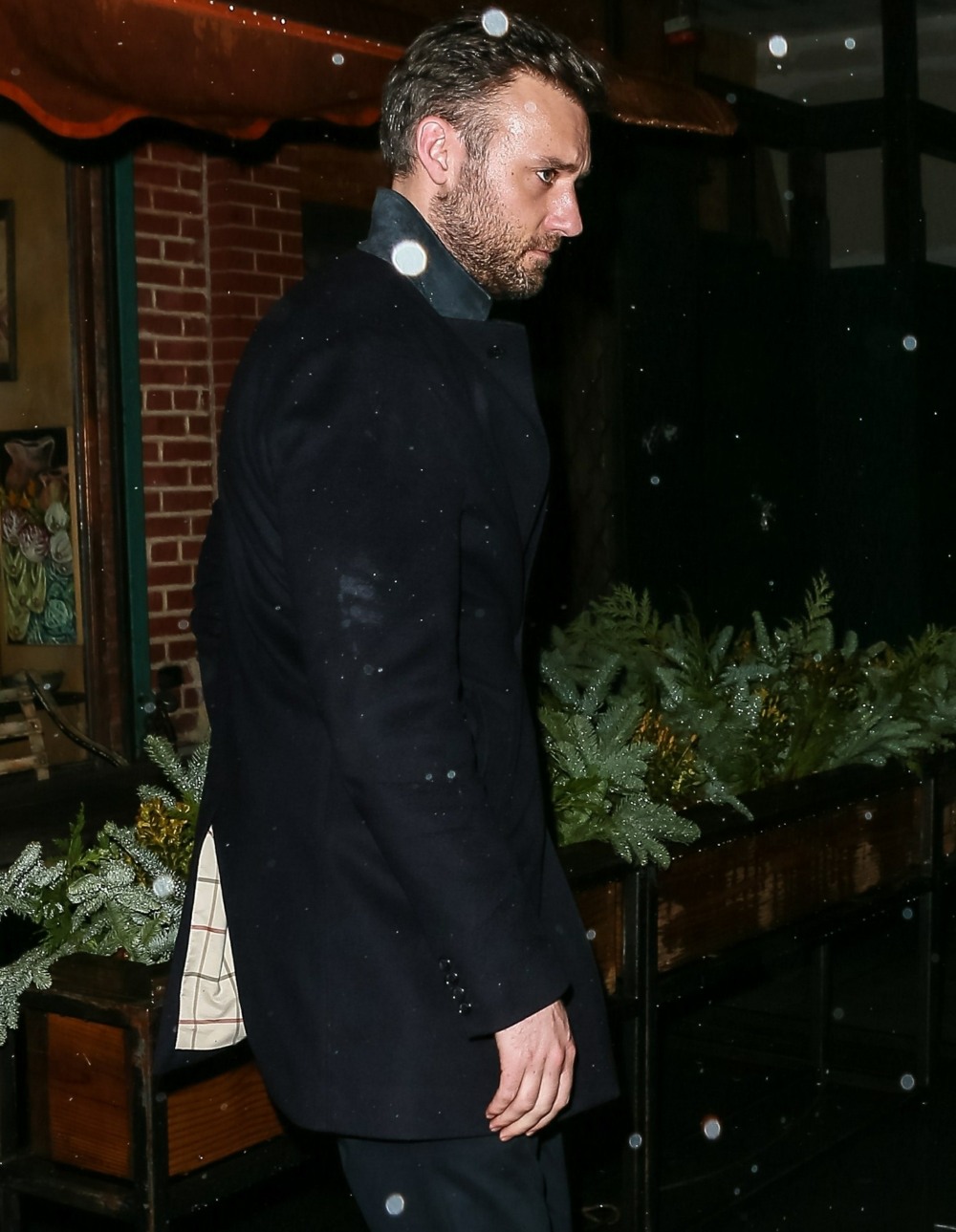