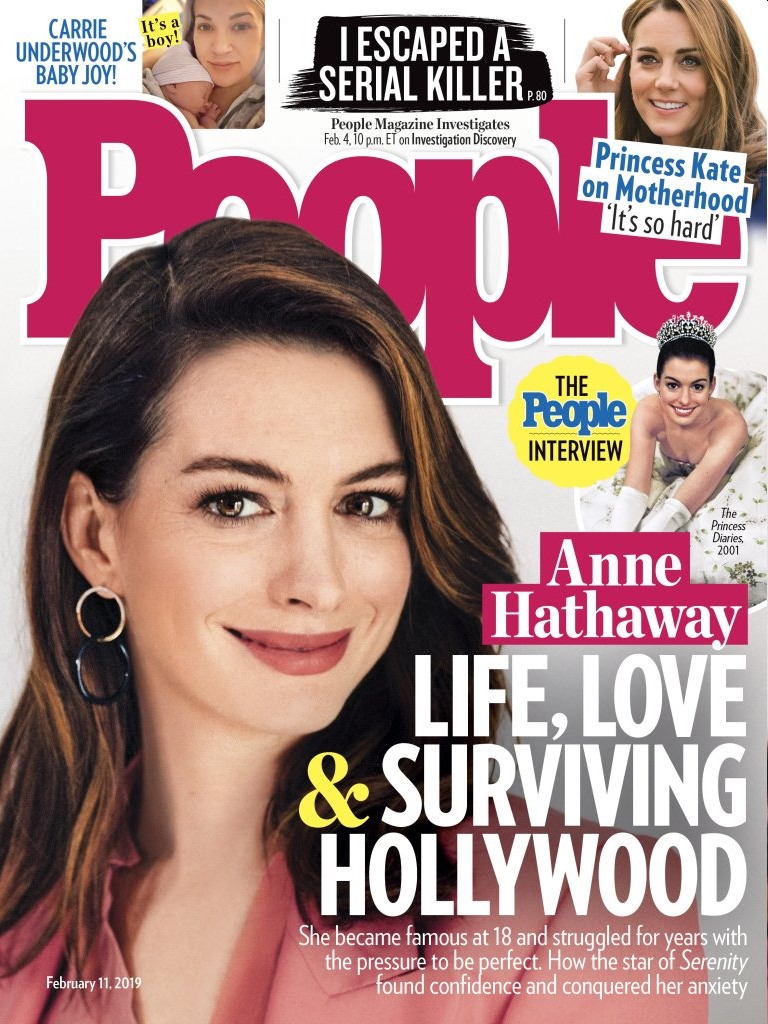 It’s easy enough for me to say that “Anne Hathaway should care less.” I imagine it’s quite different for her, because she does genuinely care about so much – she cares about how she’s perceived, she cares about the negativity that comes her way, and she cares about a lot of stuff beyond her own personal interests too – she’s always been political and charitable, it’s not something that she’s just doing now for her image. Anne was also one of those bullied celebrities who really went away and reassessed and came back, then tried to handle everything differently. She’s 36 years old now and she’s still figuring it out – how to handle the celebrity world, mostly.

Anne covers this week’s issue of People Magazine to promote Serenity. I’ve read some of the spoiler-y reviews and the film sounds absolutely bonkers. Once again, Anne is getting a lot of criticism, or rather the bad/weird reviews seem to be affecting her the most. So I don’t hate that she’s on the cover of People, talking about anxiety and criticism and all of that. Some highlights:

Handling the Hollywood scene: “I did everything so wrong for so long.” Hathaway adds that though her career was flourishing, she suffered from “feelings of inadequacy, insecurity and nervousness and anxiety.”

The awards season a decade ago: “I’m not big on looking back. But I remember 10 years ago being so scared going into the whole awards season and doing what I thought I was supposed to do, so I barely ate anything at Christmas…I thought movie stars had to have a certain body. I was just smoking, just smoking my nerves away and wasn’t nourishing myself.”

What she figured out: “I just figured out how to say thank you to life by taking care of myself. By not apologizing for taking up space, which is not something I knew how to do 10 years ago. It’s been a journey. I don’t look that different, but I just feel like the inside has transformed so much.

On her critics: “Everybody’s entitled to their opinion. What I appreciate is when the negativity has some intelligence behind it. What I don’t like is lazy negativity. If you’re going to take someone down, have a point of view! Be witty, maybe pun a little!”

The reference to an awards season a decade ago was when she was nominated across the board for Rachel Getting Married, I think. That was an excellent, career-changing performance and she deserved all of the nominations she got that year. I don’t remember her seeming that nervous, but maybe that’s because it didn’t feel like she was ever the frontrunner (she was not that year). It was totally different when she was up for awards for Les Miserables, and she was the frontrunner and that’s when the negativity, bullying and “Hathahate” really flourished. Anyway, she sounds like she’s in a better place, but like she still has to set up a lot of rules for herself about how she engages with everything.

PS… She looks SO MUCH like Liv Tyler in these photos, I’ve never seen that connection before. 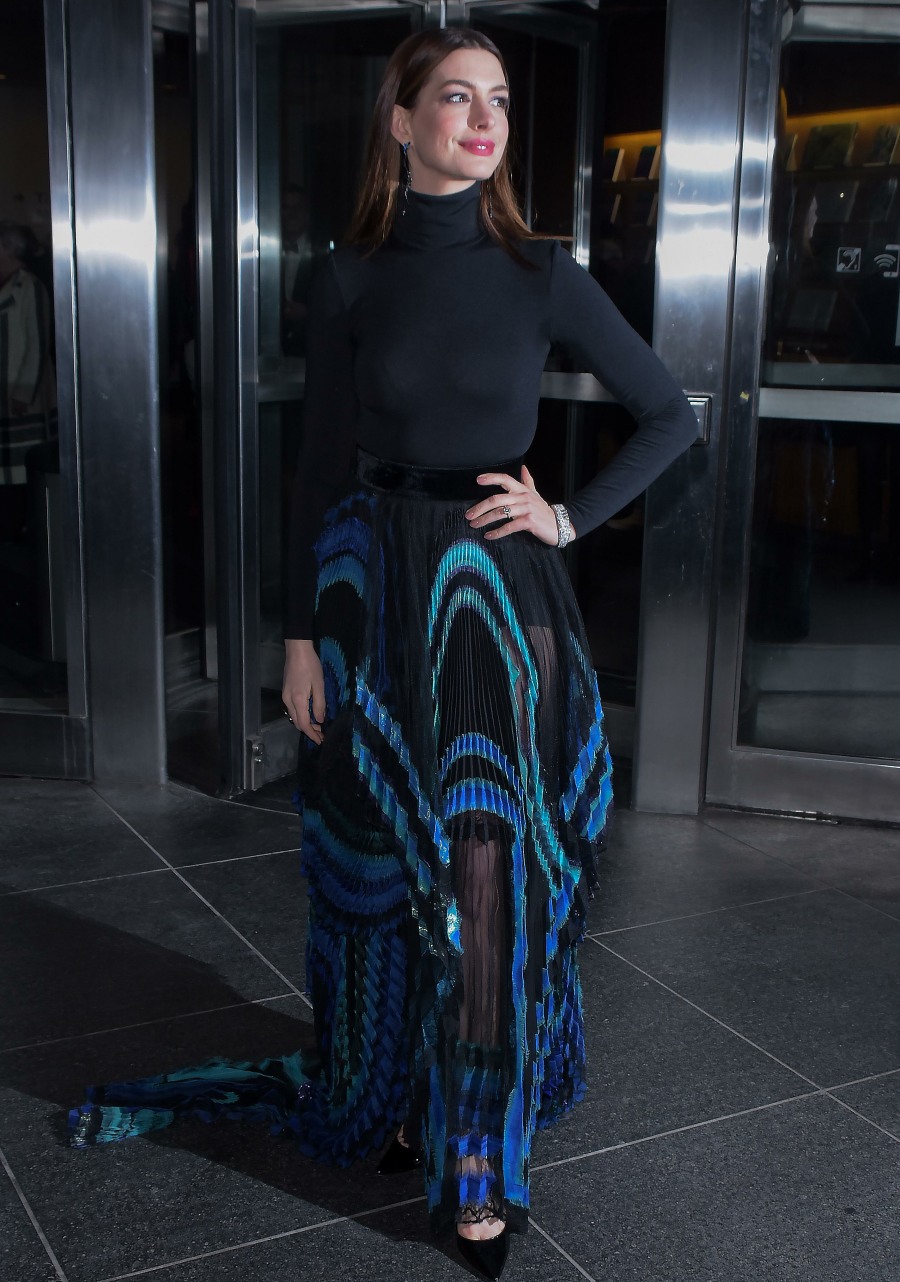 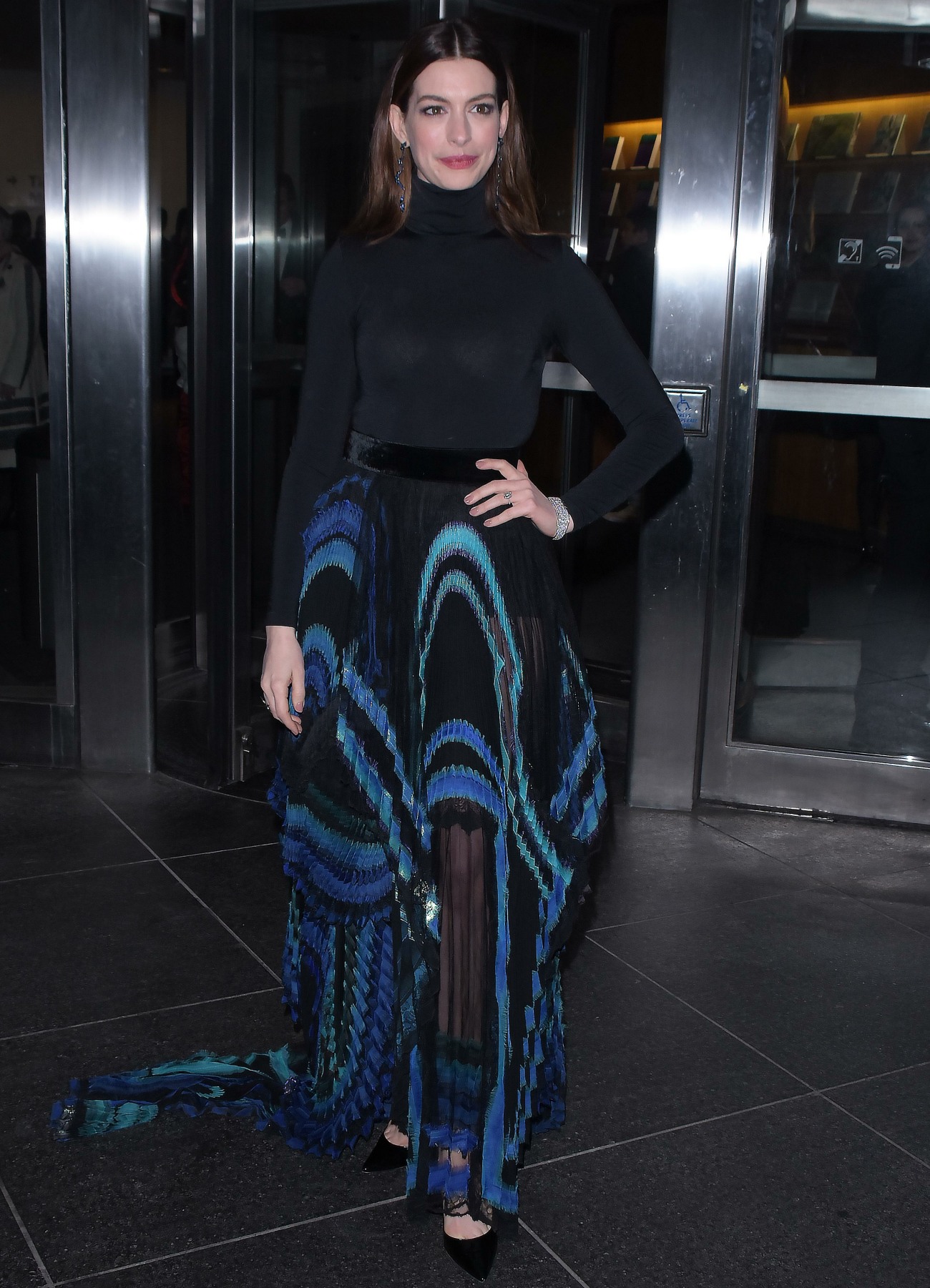