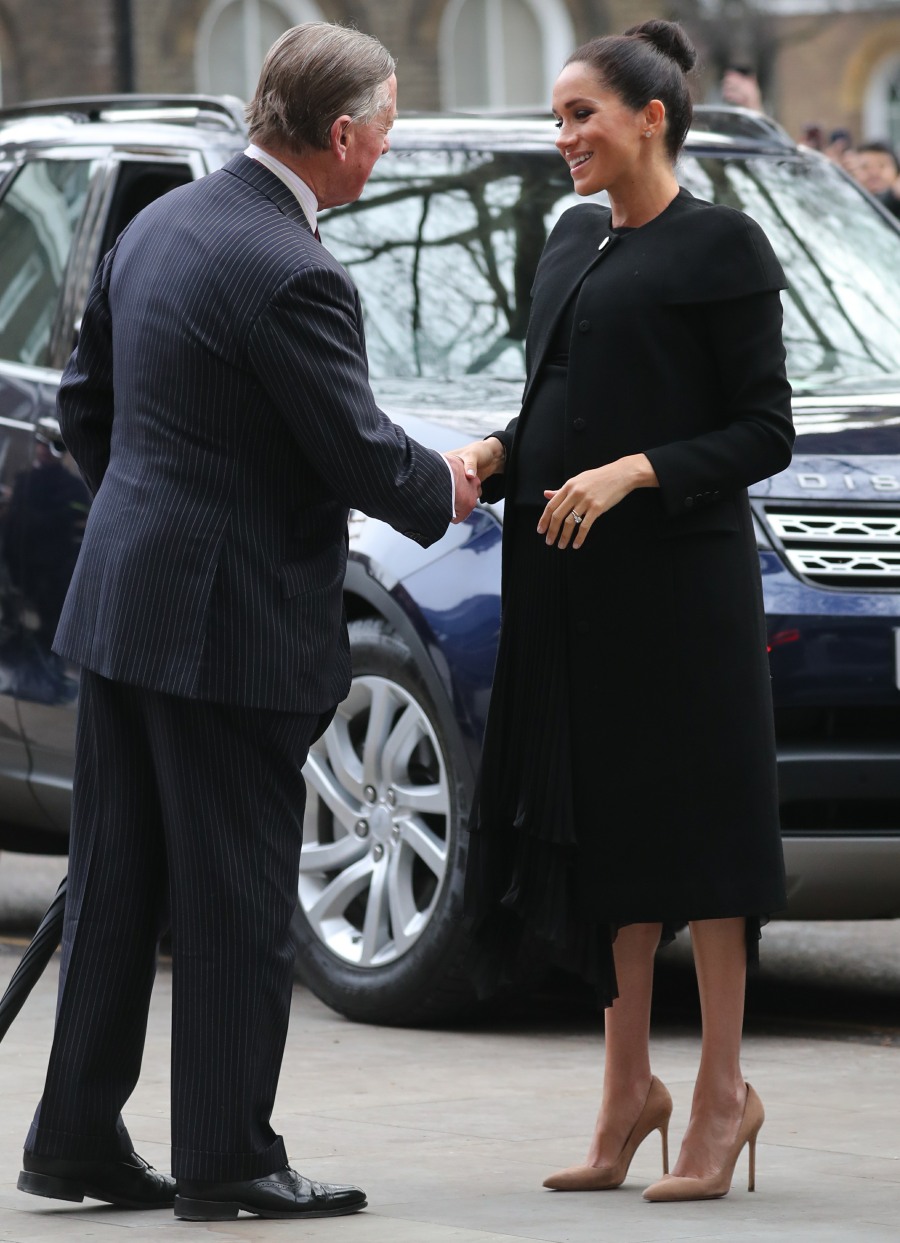 The Duchess of Sussex stepped out today for her first official appearance at City, University of London, on behalf of the Association of Commonwealth Universities. She’s the new royal patron for the ACU, it was one of four new patronages announced for Meghan this month. Meghan already did one somewhat private meeting on behalf of the ACU (a photo was released after the fact) last year. This is going to be one of her big issues going forward – the importance of college and university education, especially for women.

For this appearance, Meghan seemed to repeat the black Givenchy coat she wore to the Remembrance Day palace-balcony ceremony. Again, it’s smart that she’s already cycling in some repeats, because Meghan has been somewhat justifiably been criticized for how much she’s already spent on clothes. The dress underneath the coat looks new-to-us, and people are being slow to ID it (I’ll update when it comes through). She also gave us a “new look” with her hair – a very high bun, with no flyway pieces. Meghan’s been doing sleeker hair looks recently. The criticism about her “undone” hairstyles must have bugged her. Or she’s just showing people that she’ll do her hair in a million different ways regardless of what people say.

Meanwhile, there are a few random stories from Us Weekly involving the Sussexes. Us Weekly’s source reveals something truly shocking… Meghan “has a lot of control in her relationship” with Prince Harry, “Not in a negative way. But she can definitely call many of the shots — and not just when she’s pregnant.” I’d just like to point out that A) I believe this and B) why would it be presented as a bad thing? Lots of men LIKE that in their relationships and marriages. They like that their wives and girlfriends are in control and organized and opinionated. Also, Us Weekly had an exclusive about Harry going out to a pub on Wednesday night. He apparently went to The Sands End. I guess Controlling Meghan didn’t really ban him from drinking alcohol after all. Huh. 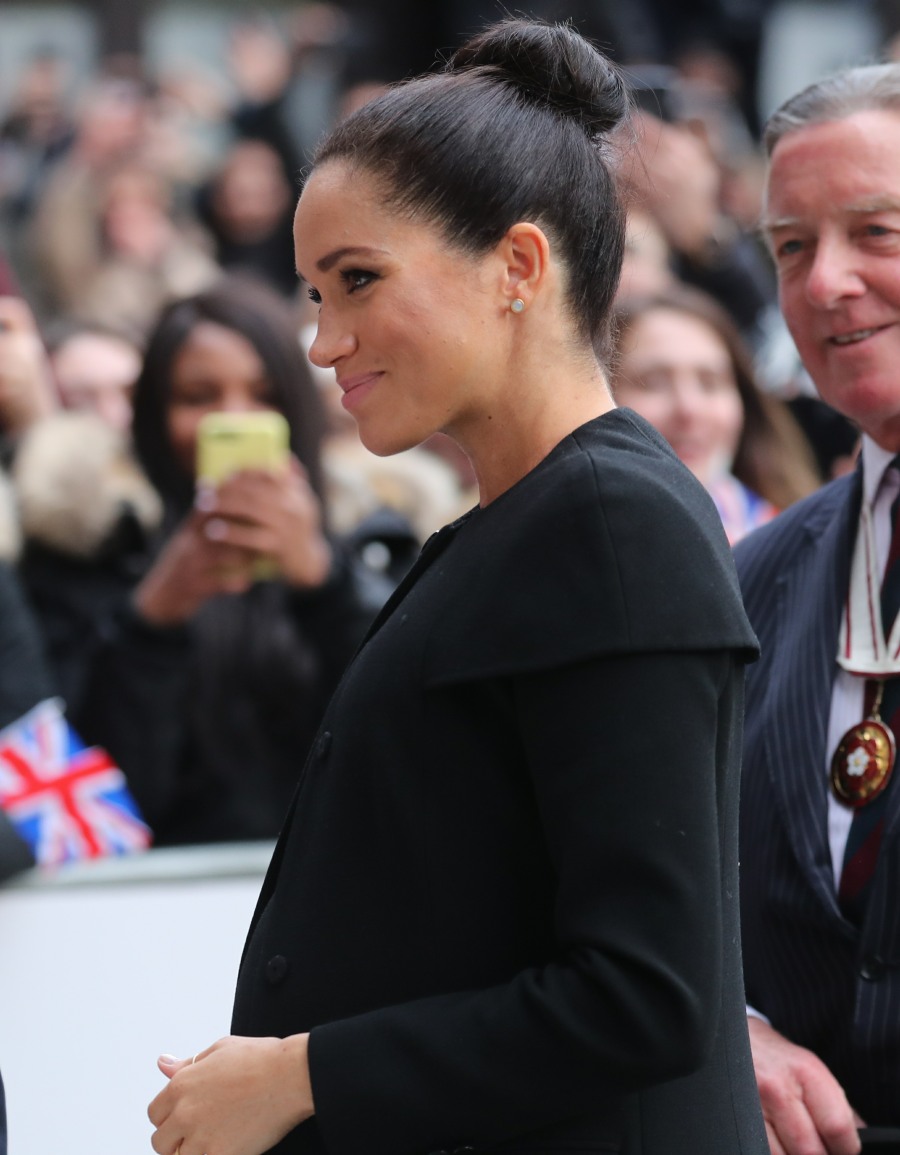 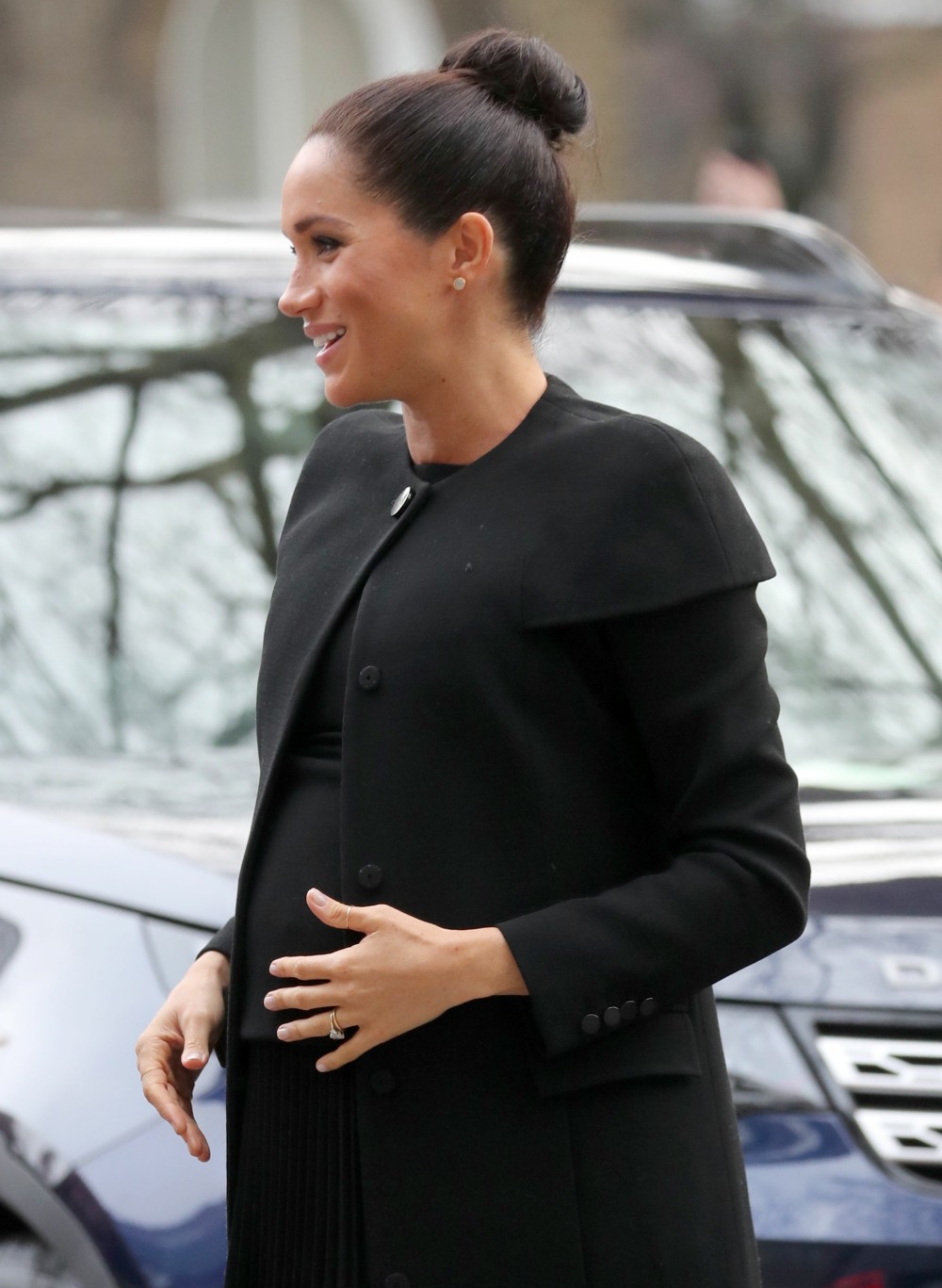 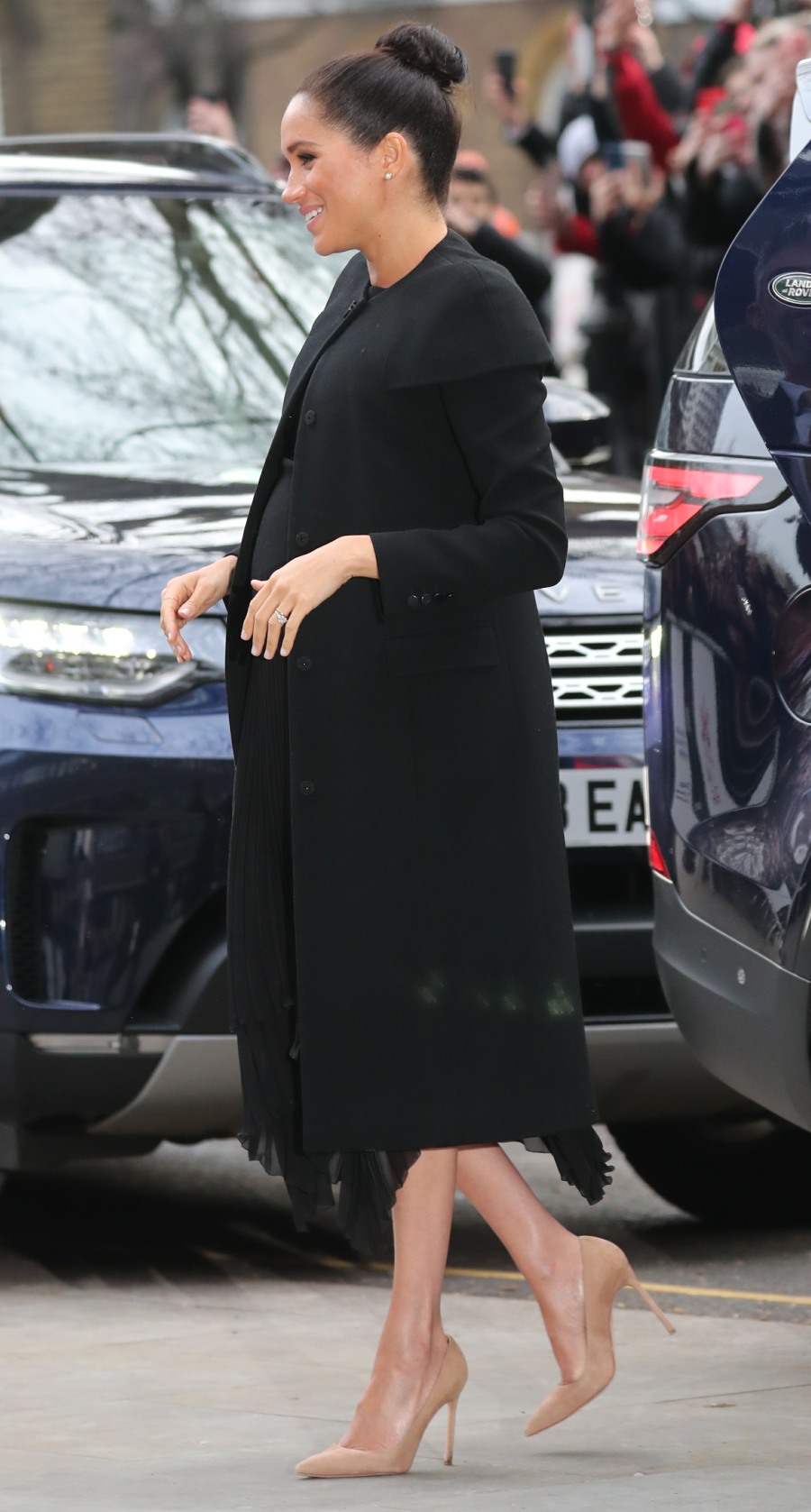