Jemima Kirke admits to faking her British accent, her sister doesn’t have one

Not one but 2 Kirke sisters! @jemima.kirke and @lolakirke are on @busytonighttv TONIGHT! 11/10c only on @eentertainment 🧡❤️💚💙💜💛

Jemima and Lola Kirke appeared on Busy Tonight Wednesday night. I know this because I was there for the taping. Busy’s learning curve as a talk show host has been expeditious. She figured out her strengths quickly and I’m really enjoying watching the show grow. In case anyone is curious, she’s that approachable off-camera too. The space is very intimate and she’s right in front of you. The Jennifer Lawrence engagement news broke right before taping and she and her crew led a “hooray” with the audience over it. It was fun. Also, one of her producers sat next to us and I passed on many of your (positively constructive) comments about the show to her.

Anyway, the show’s theme was sisters with a segment about Busy and her sister, who is an EP on the show, and guests Jemima and Lola. I’ve not watched much of Jemima but I loved Mozart in the Jungle so I’m more familiar with Lola’s work. There are three Kirke sisters. The oldest, who was not on the show, is named Domino. While the Kirkes were talking, Busy asked the question on all our minds, how does Jemima have a British accent and Lola doesn’t? I’m not going to lie, I went down The Parent Trap theory tunnel before Jemima admitted that no, she’s just faking it:

Busy: Jemima, you clearly speak with a British accent and Lola, you don’t

Lola:(joking) It’s weird because we are from Wisconsin. And it’s a thing that Jemima developed very early on and we didn’t want to tell her

Jemima: The truth is, that I am faking it. A little bit

Lola: It’s all about vanity and how attention people will pay to us

Lola was kind of joking with that last comment, but I think there’s some truth there too. They explain a little later that their ages when they came to the US also played a big part. Jemima was 10 and Lola was five, so Jemima had an accent already. Jemima probably got some attention for it so she continued to ‘nurture’ it instead of let it fall off. Apparently, Domino’s accent is in between Jemima and Lola’s. But I don’t doubt that Jemima is playing it up and honestly, I really dig that she fessed up to it. They ladies are promoting their new film together, Untogether. It sounds good. The only dirt I got were the sex scenes between Jemima and Jamie Dornan were as hot as the trailer suggests and truthfully, that might be all I need to go see it.

Also on the show that night was Katelyn Ohashi, the UCLA gymnast whose flawless routine went viral. She’s just as vivacious in real life as she was in that video and we learned that she’s bounced back from a back injury that almost ended her gymnastic career. The only downer to the night was right at the end when Busy told us her guest at the next taping was going to be… Michelle Williams. I would have signed up for tickets both nights if I’d known!

Two Kirkes for the price of one? 👯‍♂️ AND gymnast @katelyn_ohashi? 🤸‍♀️ What more could #BusyTonight ask for? NOT MUCH, guys. See you at 11|10c, only on E! 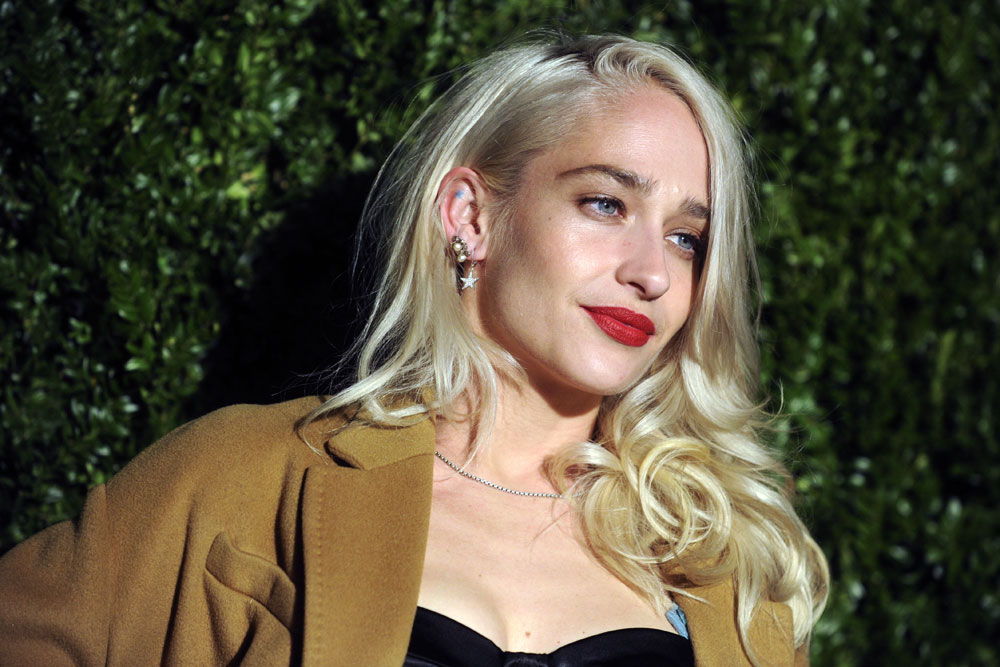 32 Responses to “Jemima Kirke admits to faking her British accent, her sister doesn’t have one”