Emily Blunt in Dolce & Gabbana at the Writers Guild Awards: whimsical or goofy? 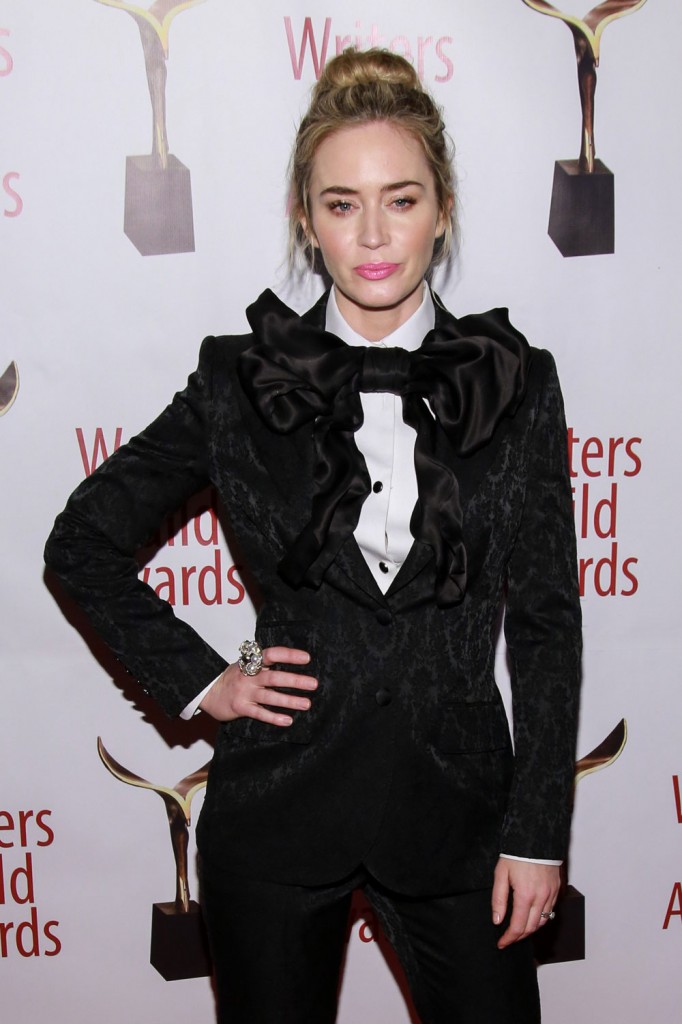 The Writer’s Guild Awards were on Sunday, and we didn’t cover it yesterday because we’re frankly tired of awards season. You can see the list of nominees and winners here. So many of my favorites won, which makes me happy. Best Original Screenplay was awarded to Eighth Grade, which I loved! Ooh and Sorry to Bother You won Best Adapted Screenplay, that’s such a crazy good movie and you can watch it on Hulu. Other winners included Castle Rock, also on Hulu, for Original Long Form, and The Americans for Best Drama. Emily Blunt and John Krasinski were maybe the big “gets” at the show and they were nominated for Original Screenplay, for A Quiet Place. Emily won a SAG for Best Supporting Actress for that role, but she hasn’t won anything for Mary Poppins Returns, nor was she nominated for an Oscar for MP, which makes me sad. (I am rooting for the song “The Place Where The Lost Things Go” to win best song at the Oscars, but I know that’s a long shot. That song is way better than “Shallow.”

Anyway Emily wore this goofy Dolce & Gabbana jacquard suit featuring a cartoonish giant bow tie with ruffled ends that trail down the front. Apparently Emily and her stylist didn’t get the memo that D&G is to be avoided, but more than that this just looks silly. Does the bow spin around and shoot water out of it? Also, her makeup is bad and she looks over it. I like to see her and John out together though, and I truly enjoyed A Quiet Place and am looking forward to the sequel. Check out John’s smart velvet blazer. Is it a little short for him or is that the look? 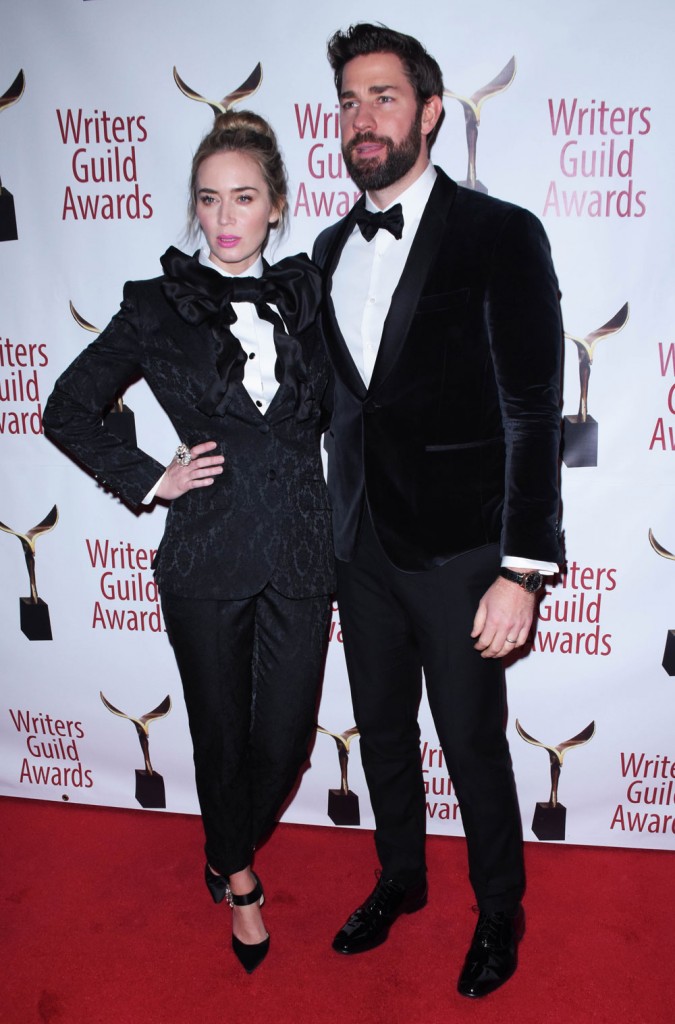 Here’s Eighth Grade’s Elsie Fisher. She’s only 15! She looks so cute in a little gingham print suit with a Mickey Mouse t-shirt underneath it. Great boots too. 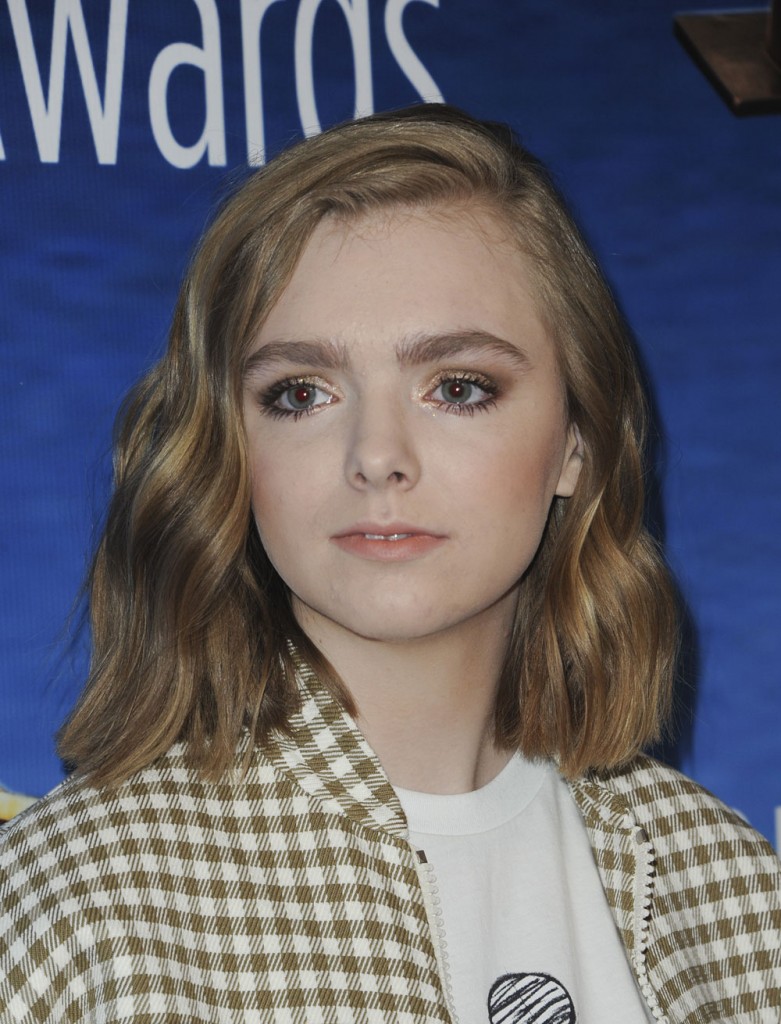 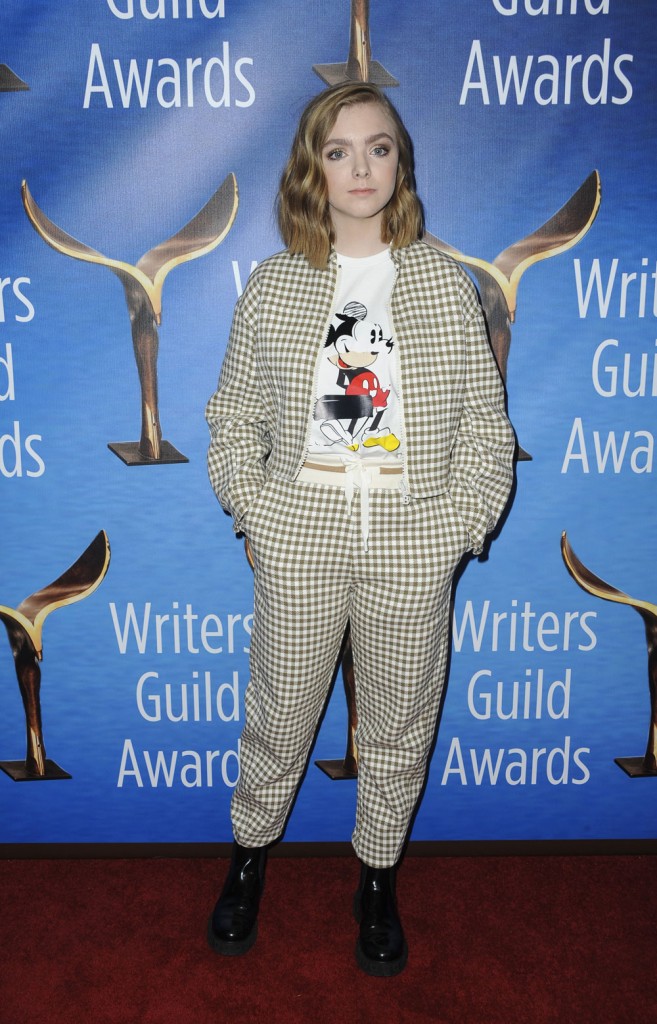 Sarah Silverman was in a peacoat, high lace up boots and knee high socks. I have socks like this and could achieve this look with some boots. This never occurred to me and I like it! 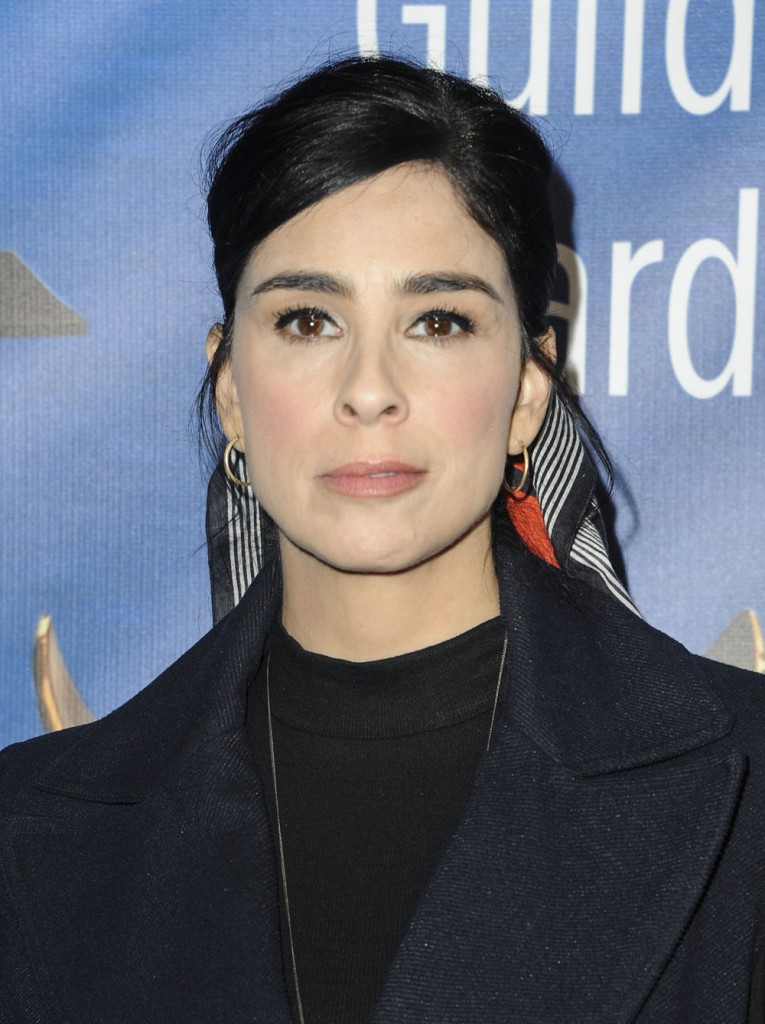 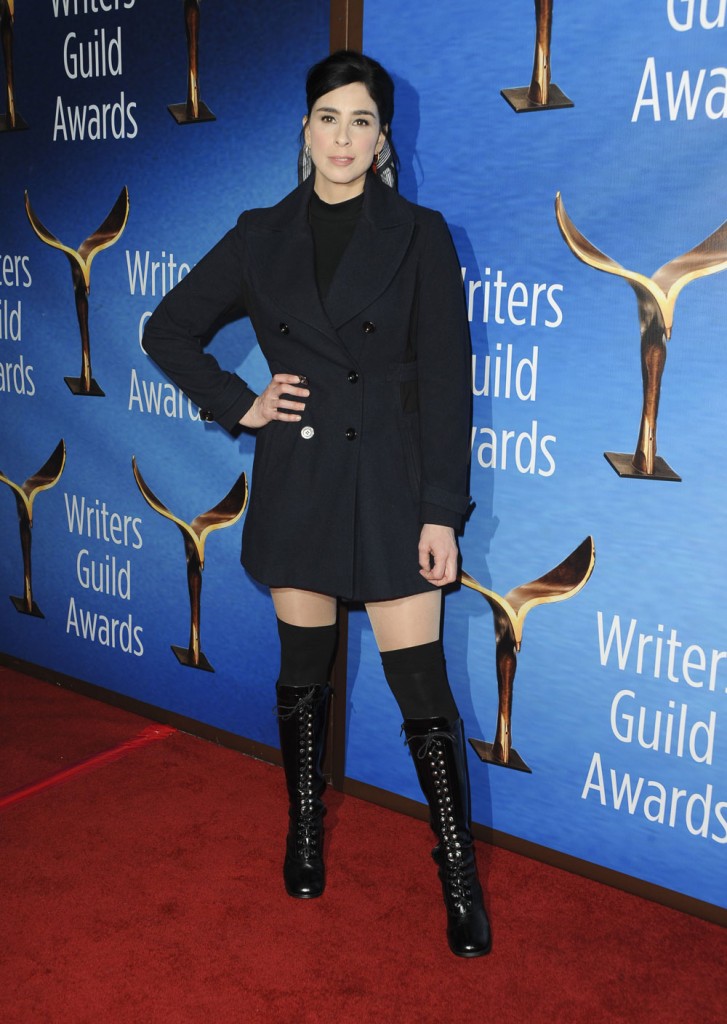 We also have photos of Ellie Kemper, Julianna Margulies and Rachel Bloom! 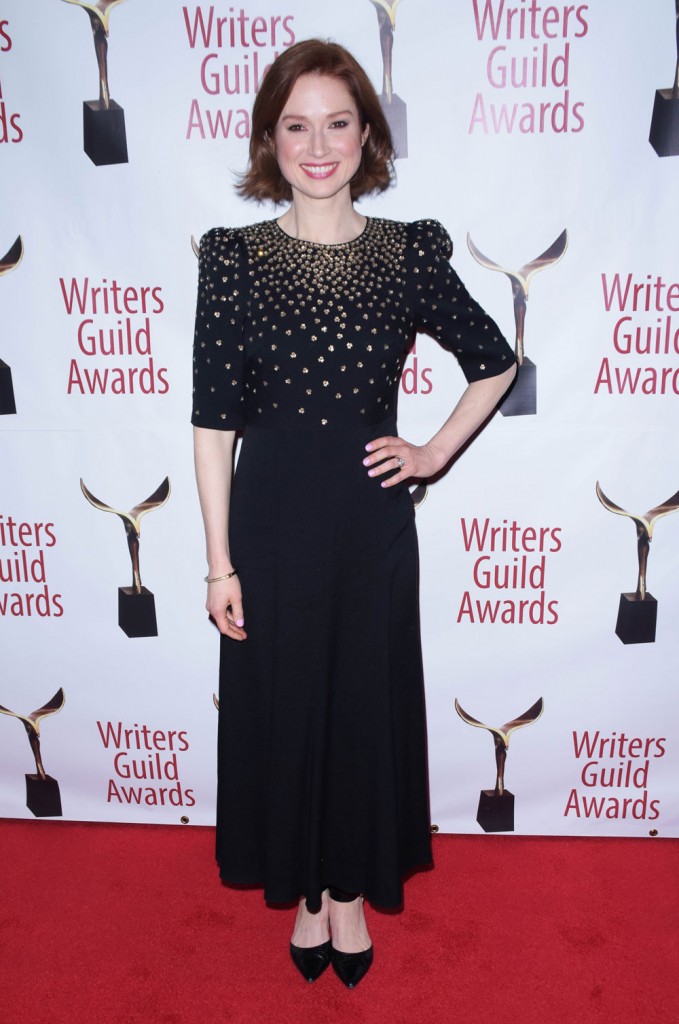 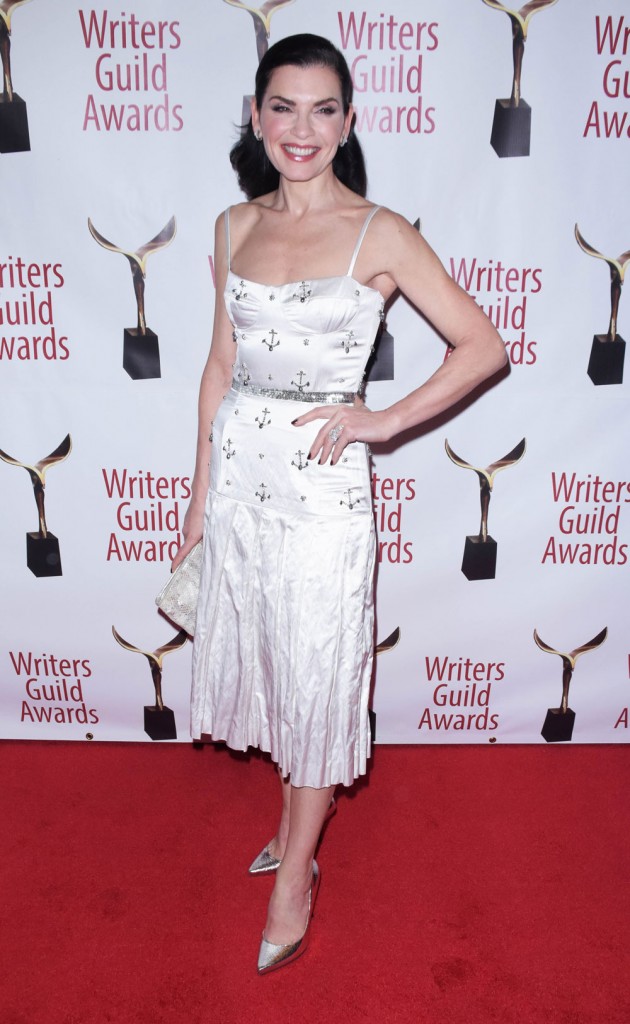 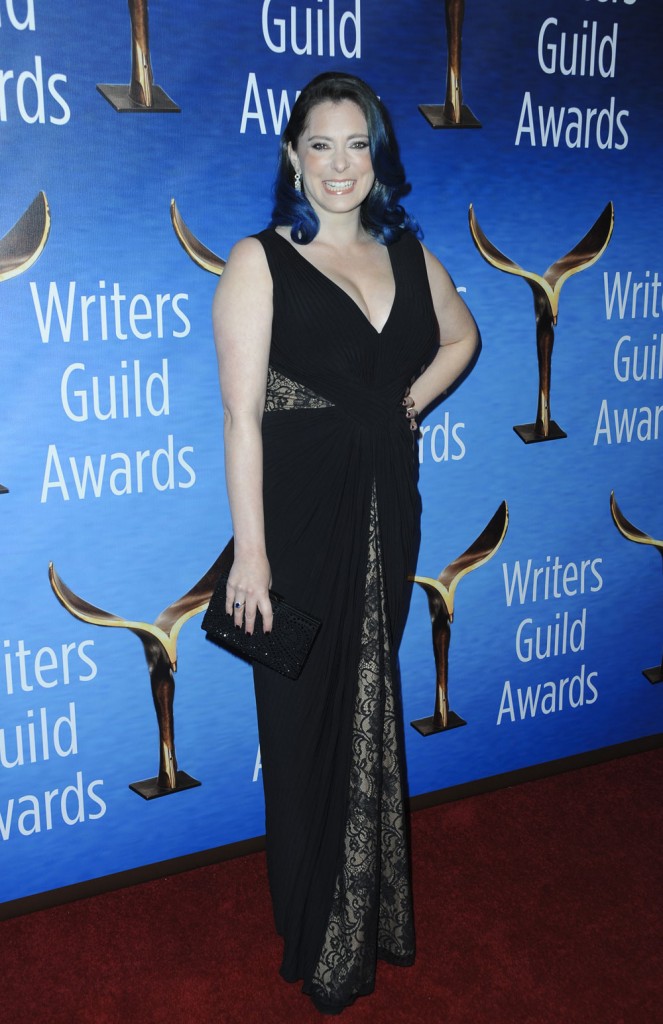 43 Responses to “Emily Blunt in Dolce & Gabbana at the Writers Guild Awards: whimsical or goofy?”