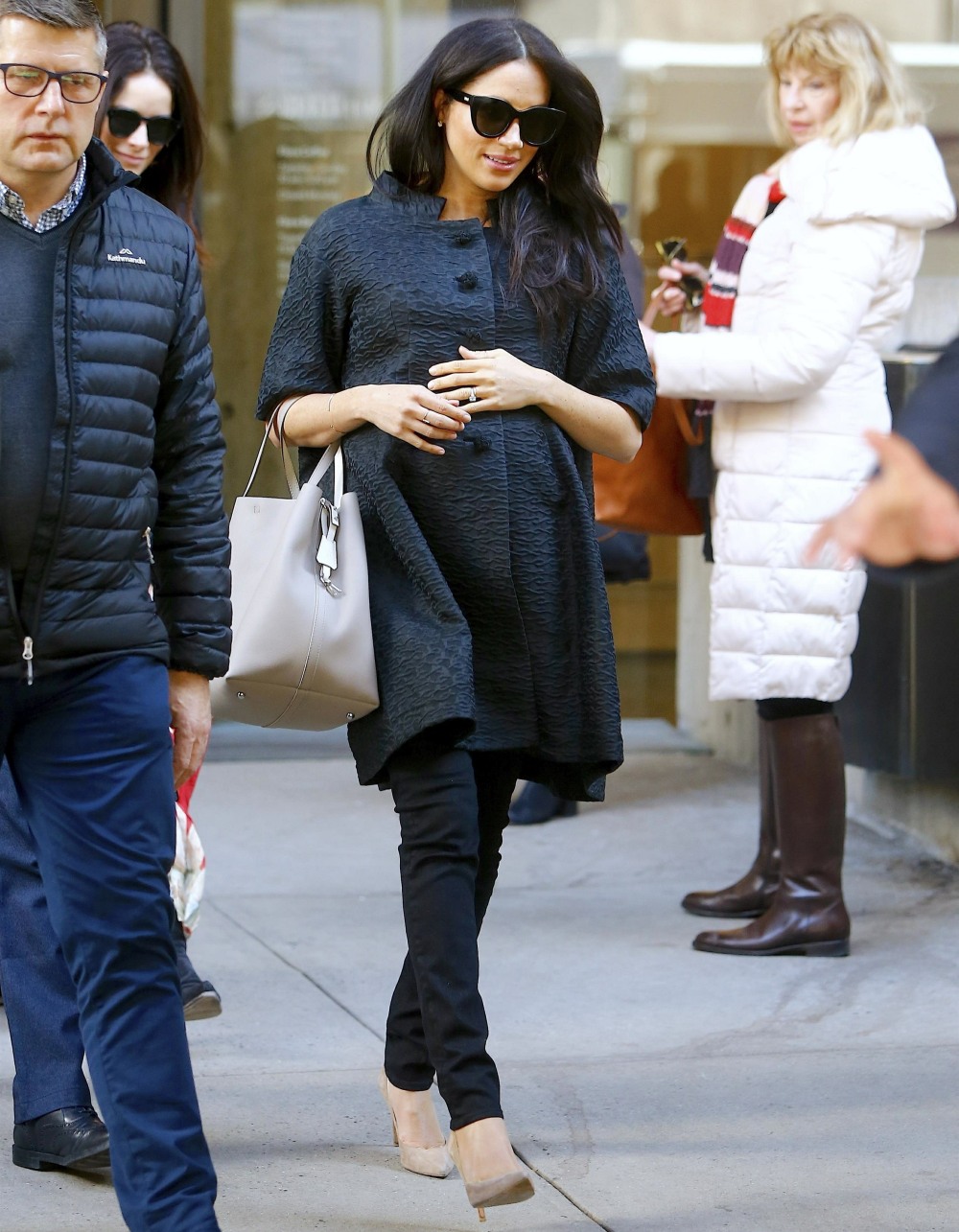 Since I’m making the effort to ignore the British tabloids now that our “American princess” is on American soil, I really don’t know how the British media are handling the Duchess of Sussex’s trip to New York. My guess is “not well.” Meghan reportedly flew out of London last Friday, and she’s been spending all weekend and into this week with her girlfriends. On Tuesday, her friends threw her a big baby shower at The Mark.

Meghan got pap’d like crazy going into the baby shower and coming out. It wasn’t the first time she was photographed on this trip, but these were the clearest photos and she wasn’t hiding. I feel like the paparazzi really did just know where to go and where to position themselves. And that’s fine? She’s not hiding. She’s not doing anything shameful. Guests at the baby shower reportedly included Abigail Spencer (from Suits), Jessica Mulroney, maybe Mischa Nonoo. There were reports that Serena Williams would attend, and I doubted those reports, but Meghan stepped out with Serena later on Tuesday, so probably.

For this photographer-friendly outing, Meghan looked super-cute in a business-casual sort of way. She wore Hatch Maternity jeans, a vintage coat by Courrèges, and Carolina Herrera heels and tote. I actually love the vintage coat, it looks very “Meghan” and classic. Meghan looked great, and the time in America seems to have really agreed with her. Just wait until she pops that baby out and takes on ten new international charities and she travels to New York with regularity. 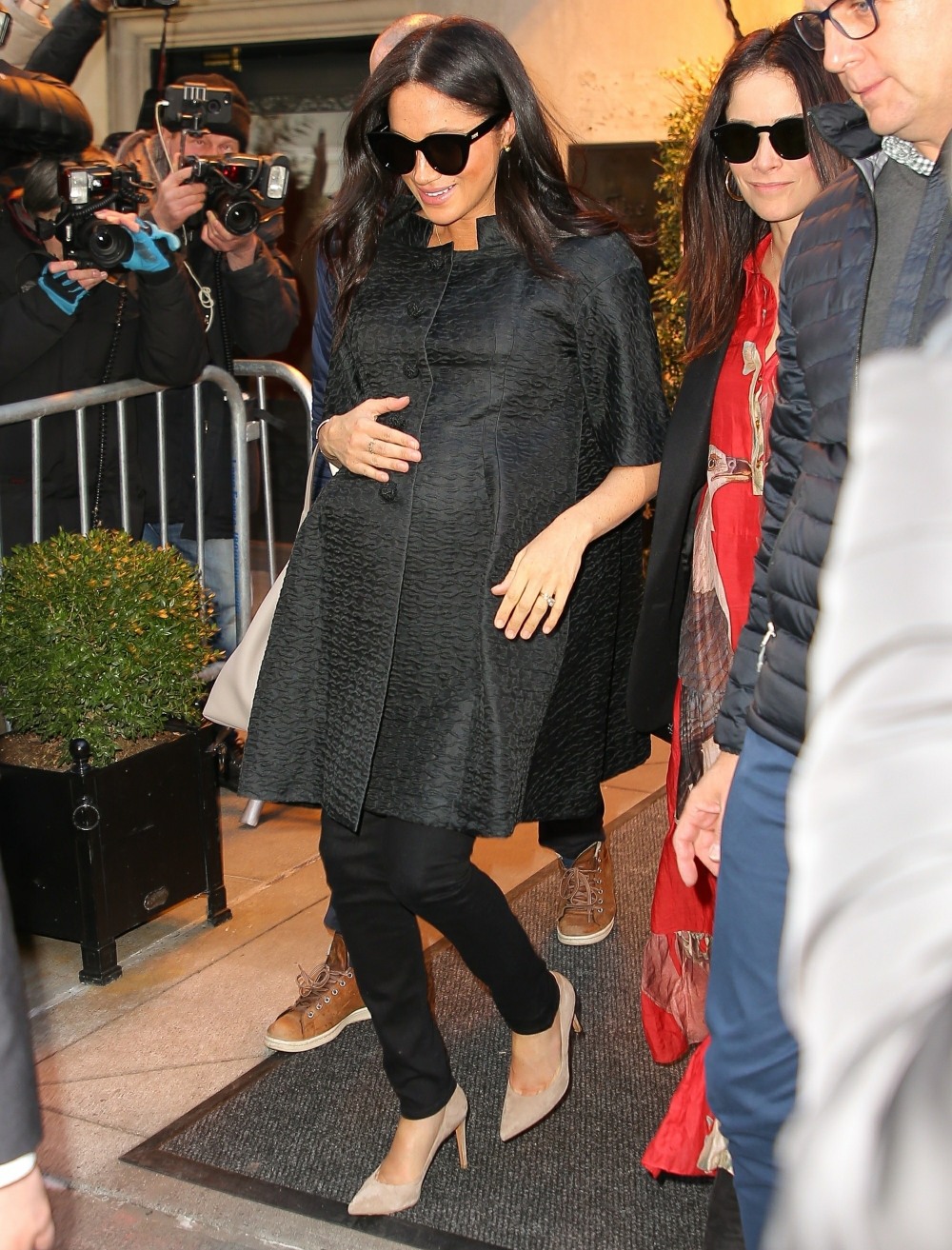 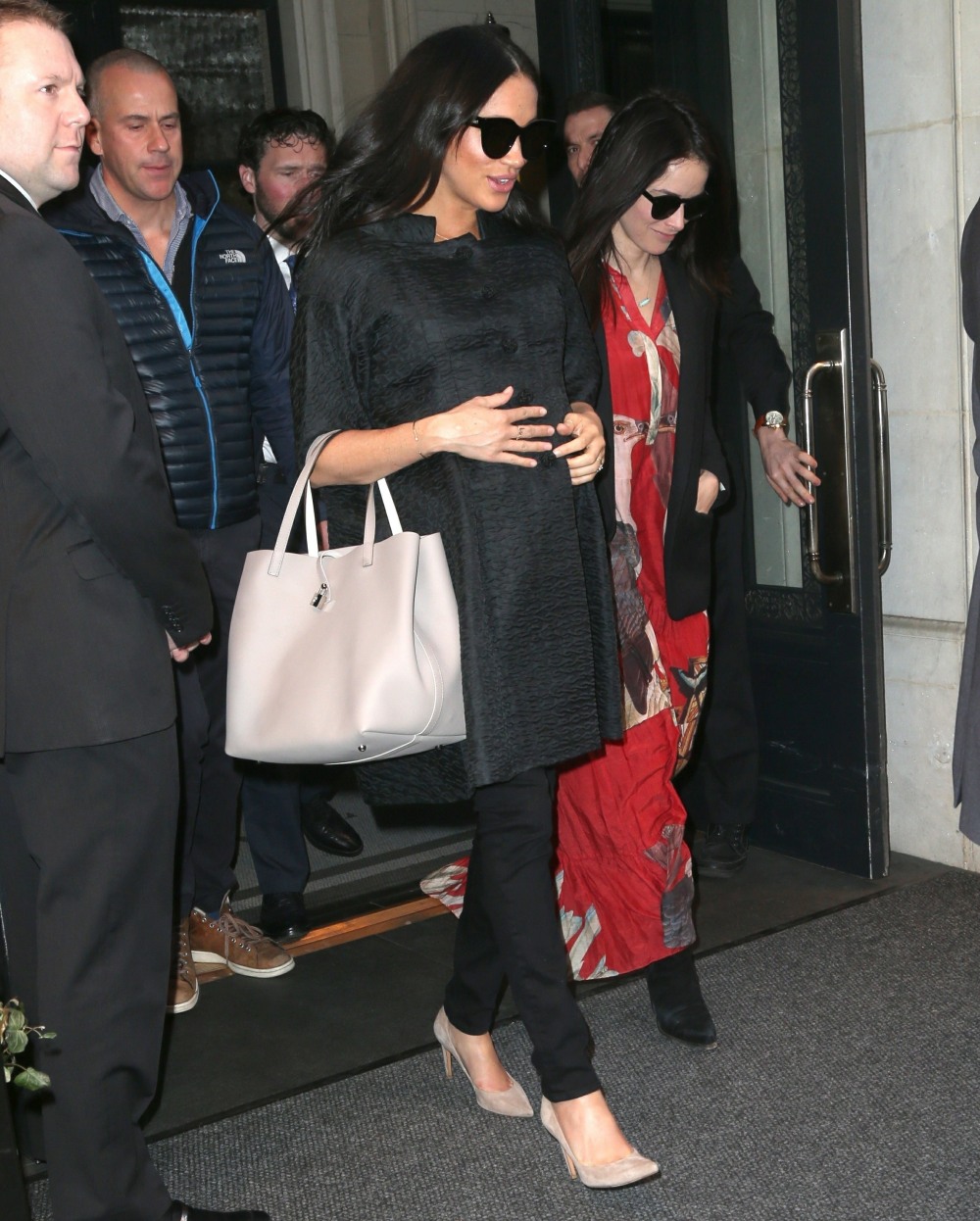