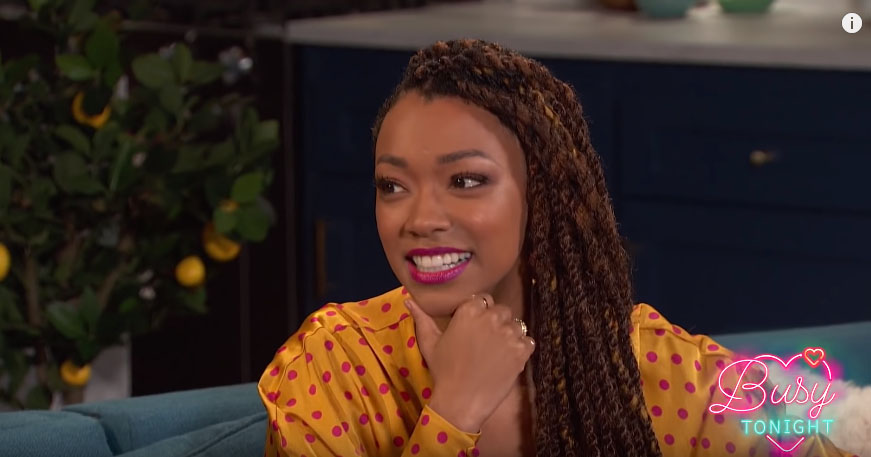 I love Sonequa Martin-Green of Walking Dead and Star Trek: Discovery. She’s always so much fun in interviews and she was on my new favorite talk show, Busy Tonight. (Busy grew on me, I’ve explained it.) Sonequa said that she had a crush on Sam Elliott growing up. Do you guys remember Regina King swooning over Sam Elliott and mentioning what a joy it was to finally meet him? That makes more sense as Regina is 48 and said she used to watch Roadhouse all the time. Sonequa is just 33 but she said that her mom got her into Sam Elliott when she was growing up.

I hear that one of your childhood crushes is nominated for an Oscar
My mom is obsessed with Sam Elliott. We grew up watching what she wanted to watch, kung fu movies and westerns. So she loves Sam Elliott and I just took it on with her. I was 10. ‘Oh that gruff voice. He’s so handsome’

You also had a passion for martial arts as a child? You are certified in 8 different weapon disciplinaries?
It’s unarmed, rapier and dagger, single sword, small sword, sword and shield, quarter staff, knife…

That’s incredible that you took to it because you’ve had these physically demanding roles. Have you have a totally insane day on a set?
On Walking Dead we had to do this scene in a basement and it’s flooded and the walkers are disgusting. So we had to be in water up to our waist. In the safety meeting they go ‘You are at risk for hypothermia. Make sure if you’re feeling cold you get out.’ There is so much attention to detail on that show. They are very serious about safety. Now on Star Trek I’m flying all the time because I’m doing wire work and I’m loving it.

The stunt team tells me to stop sticking my tongue out because I love it so much. They’re like ‘Sonequa this is serious.’ But this brings me joy!

Everyone loves Sam Elliott! I think that category will go to either Mahershala Ali or Richard E Grant but Sam Elliott is so deserving too. Hopefully he’ll get another shot at it.

I remember that flooded basement scene she mentioned from Walking Dead! It was in the church and they were trying to retrieve supplies. She mentioned this without complaining about it, she just implied it was rough and complimented their safety measures, and then went on to explain how much she loves flying on Star Trek. Also, now I want to take martial arts classes. I’m serious. I took a Krav Maga self defense class that was meant to sell us classes. I really considered it, but the times were limited and it was expensive. How cool is it that she is certified in all those weapons?

Here’s that part of the interview. The other section, where she talks about Star Trek: Discovery, is here. In that video she talked about how happy she was to work with her husband, Kenric Green, on both Walking Dead and now Star Trek. She said she wishes she could do everything with him and that it’s good for their son, who is four. Then they did a Star Trek makeover on an audience member which was crazy and so Busy.

Sonequa was so watchable on Busy’s show that I forgot about the sack they put her in for the Costume Designers Guild Awards. I covered that here, but Tom and Lorenzo explained it much better. They called this an FMO dress, for models only, and only in the right conditions like a runway or photoshoot. 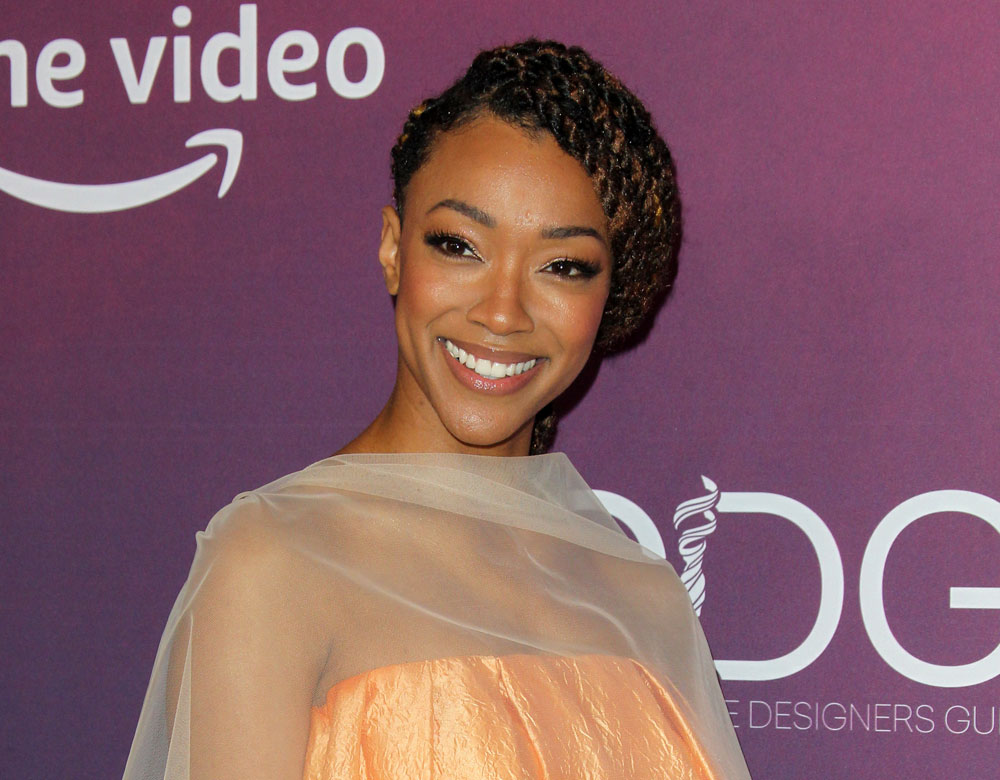 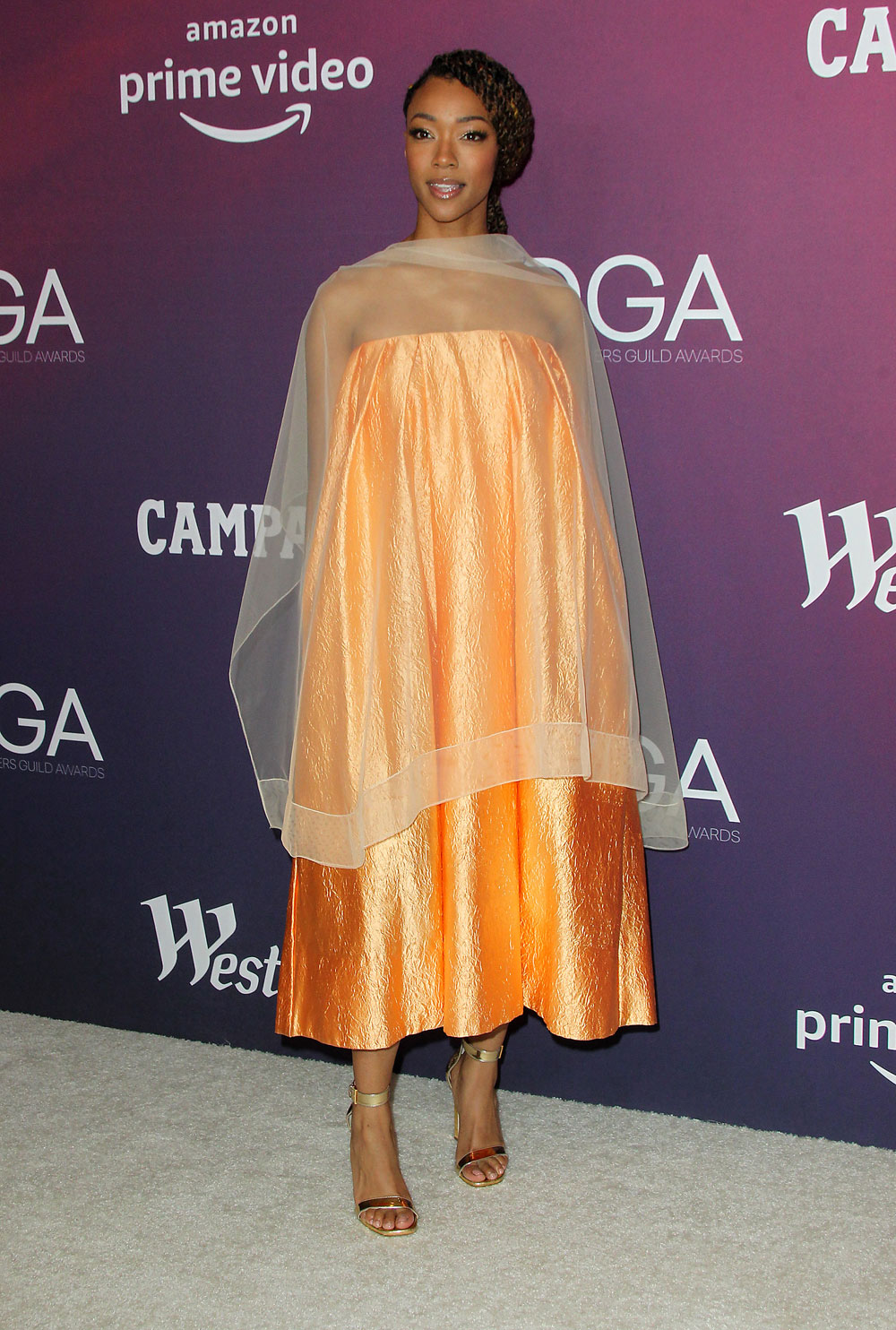 There are more Sam Elliott photos in the gallery for people who came here looking for that silver fox. (I’m sorry Anderson Cooper.) Also, does anyone else hear his voice in their head when they see his picture? That voice. 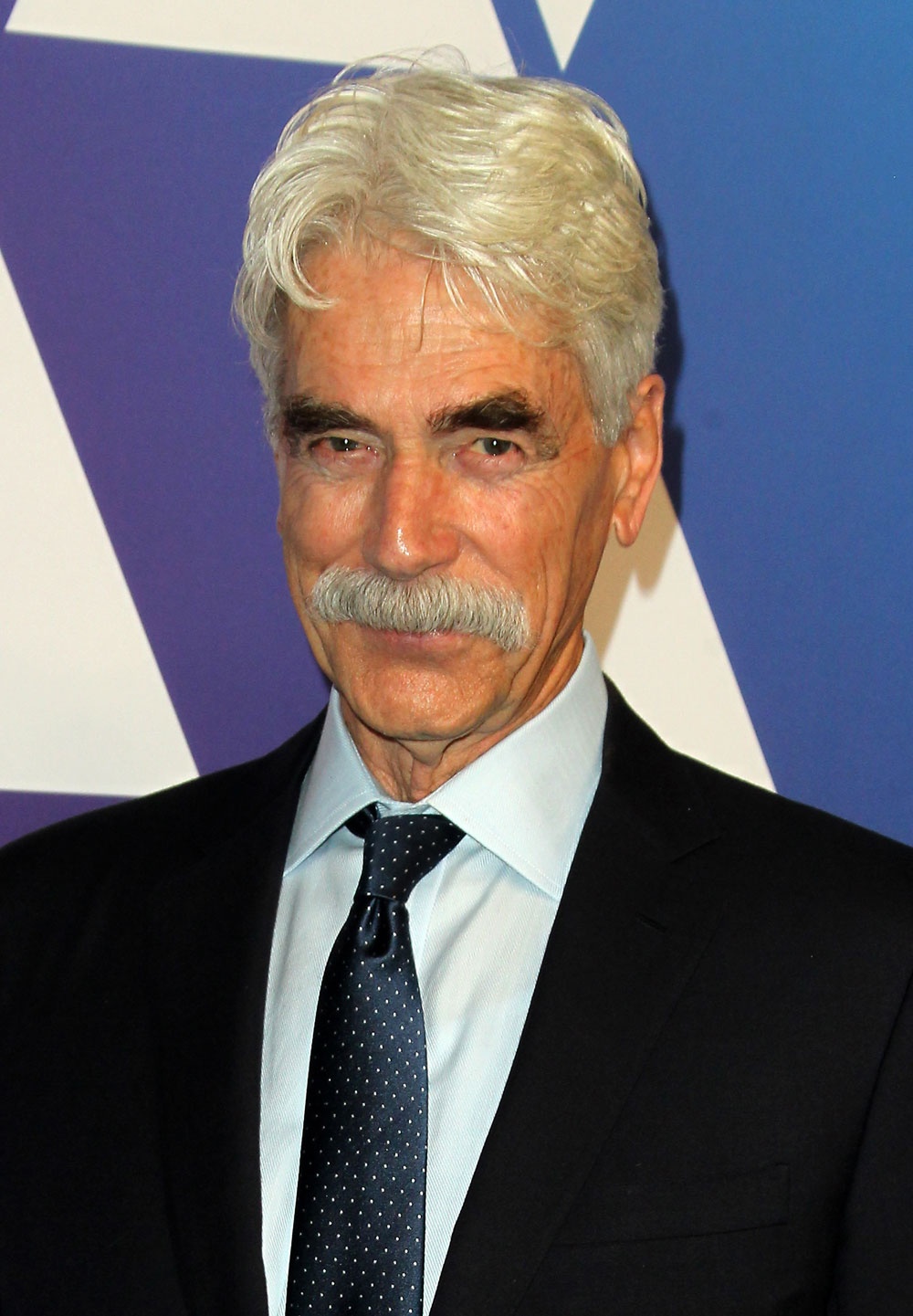 13 Responses to “Sonequa Martin-Green also had a childhood crush on Sam Elliott: ‘oh that gruff voice’”