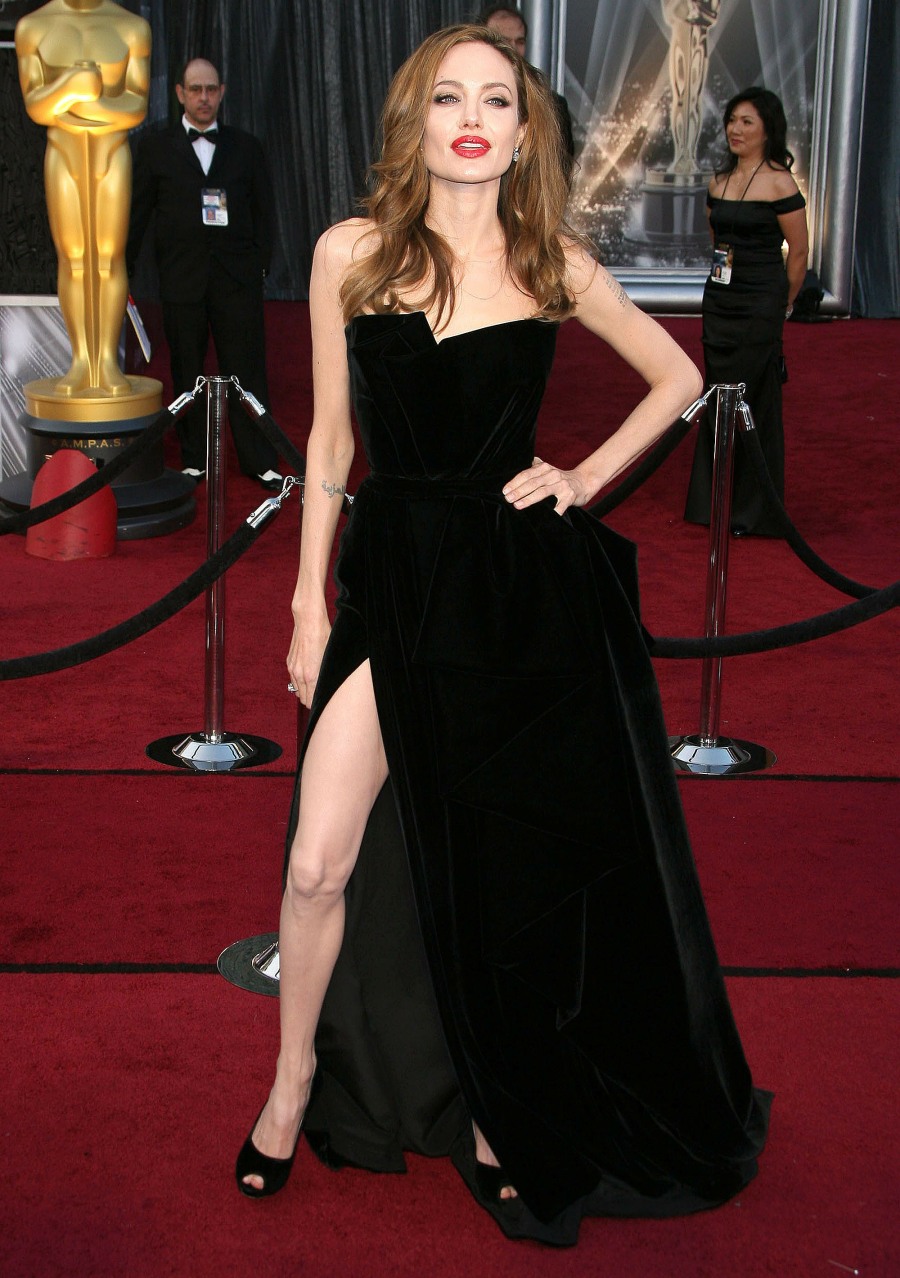 Here’s our 2019 Oscars Open Post. This year’s Open Post is hosted by the seven-year anniversary of Angelina Jolie’s Leg of Doom at the 2012 Oscars. At that moment, it was such a big deal. I maintain that Angelina’s Versace gown didn’t fit her properly and she was trying to “work” it by thrusting out her leg. But everyone climbed up her butt for the Leg of Doom. And then in the years that followed, every time any woman ever wore a gown with a leg slit, they would thrust out their leg and people would say “she’s copying Angelina!”

Anyway, Angelina will not be making an appearance at tonight’s Oscars to commemorate the seventh anniversary of The Leg. She made a point of going to New York for Oscar weekend, meaning she’s not doing any of the pre-Oscar parties or events, nor will she be a presenter, nor will she attend the Vanity Fair Oscar party (she hasn’t been to the VF party in like two decades though, she didn’t even go to that when she went to the Oscars). Reportedly, Angelina took the kids to New York so Maddox could visit some colleges (because we’re all getting so old!). She’s been getting pap’d in the city, and she brought the four oldest kids to the MoMA premiere of Prune Nourry’s Serendipity (photo below).

I made my Oscar predictions last week, and I feel strongly that there will be at least one surprise in one of the big categories, possibly Best Supporting Actor, possibly Best Director, who knows. I do know that this year’s Oscars is going to be utter shambles without a host. And Celebitchy & I will be tweeting and commenting the whole way through. We’ll have coverage this evening of the winners in the big categories, and we’ll have full Oscar fashion coverage tomorrow, starting bright and early. You can follow me on Twitter at KaiseratCB, and you can follow CB at Celebitchy. You can also follow Hecate at HecateatCB!

131 Responses to “2019 Oscars Open Post: Hosted by the seven-year anniversary of Angelina’s leg”