Angela Bassett in fuschia Reem Acra at the Oscars: dramatic and bold 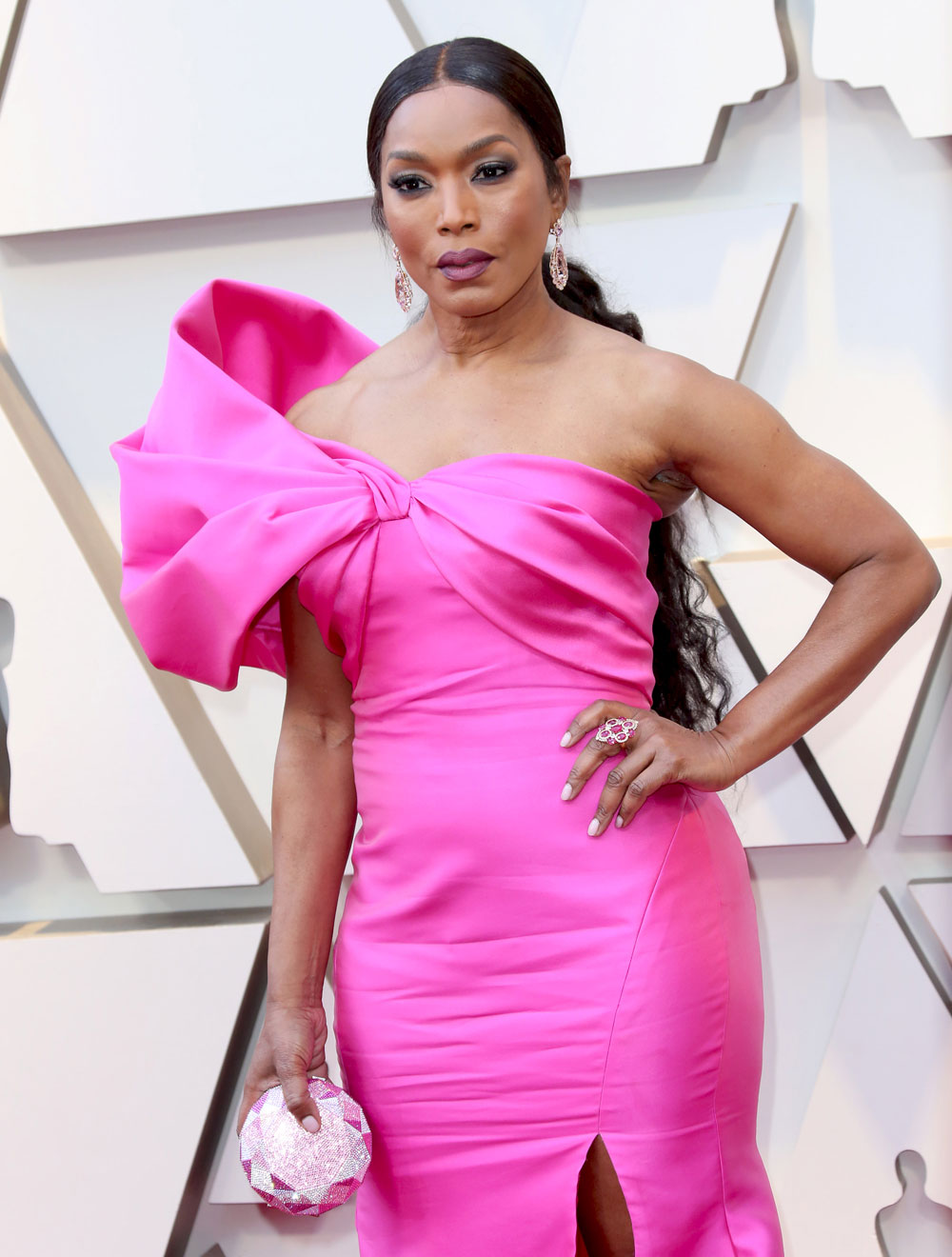 Angela Basset slayed in a fuschia Reem Acra gown with one giant puff of a shoulder. This dress reminds me somewhat of the Dior gown which Charlize Theron wore to the 2006 Oscars. I remember it because it was structurally bold, it had a giant bow on one shoulder, and because it was my first year covering the Oscars. This is a dress that might overwhelm another woman but Angela is definitely working it. I really like the gathering along the bustline and her hair and makeup are spot on. Look at her drop earrings and that phenomenal purse with the geometric patterned rhinestones! Plus she didn’t go matchy with the shoes. There were so many pink and rose-colored gowns last night. 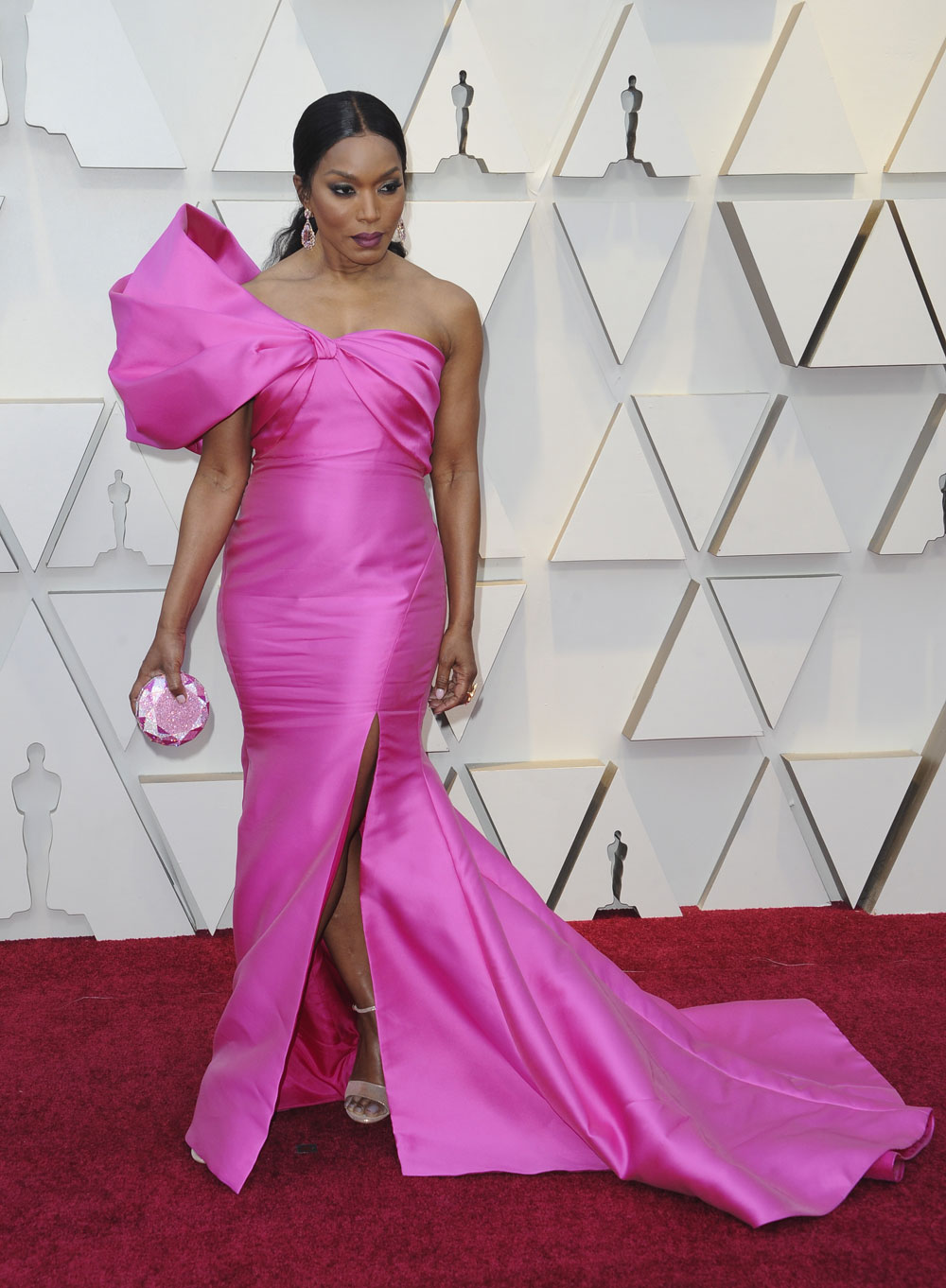 Krysten Ritter came on stage to present and I was shocked to see that she’s pregnant! Outlets noticed on the red carpet earlier, and E! reported that she’s expecting with her partner, musician Adam Granduciel. They are cute together! I wonder if her pregnancy had anything to do with Jessica Jones ending, but given how Netflix is axing all the Marvel shows it could be a coincidence. She’s in Reem Acra also, in a lacy cranberry gown with bell sleeves. I wish the lace pattern wasn’t so large. 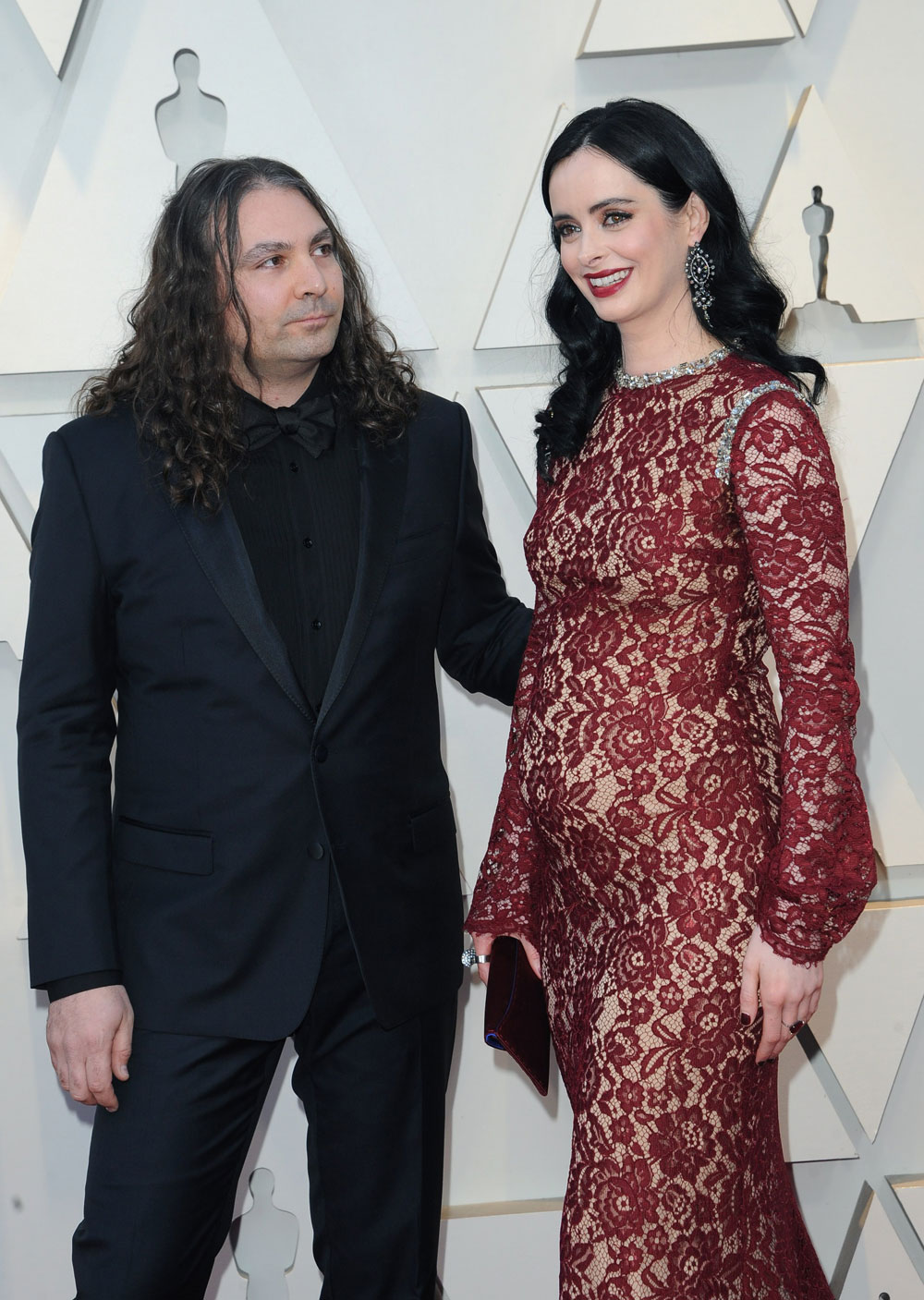 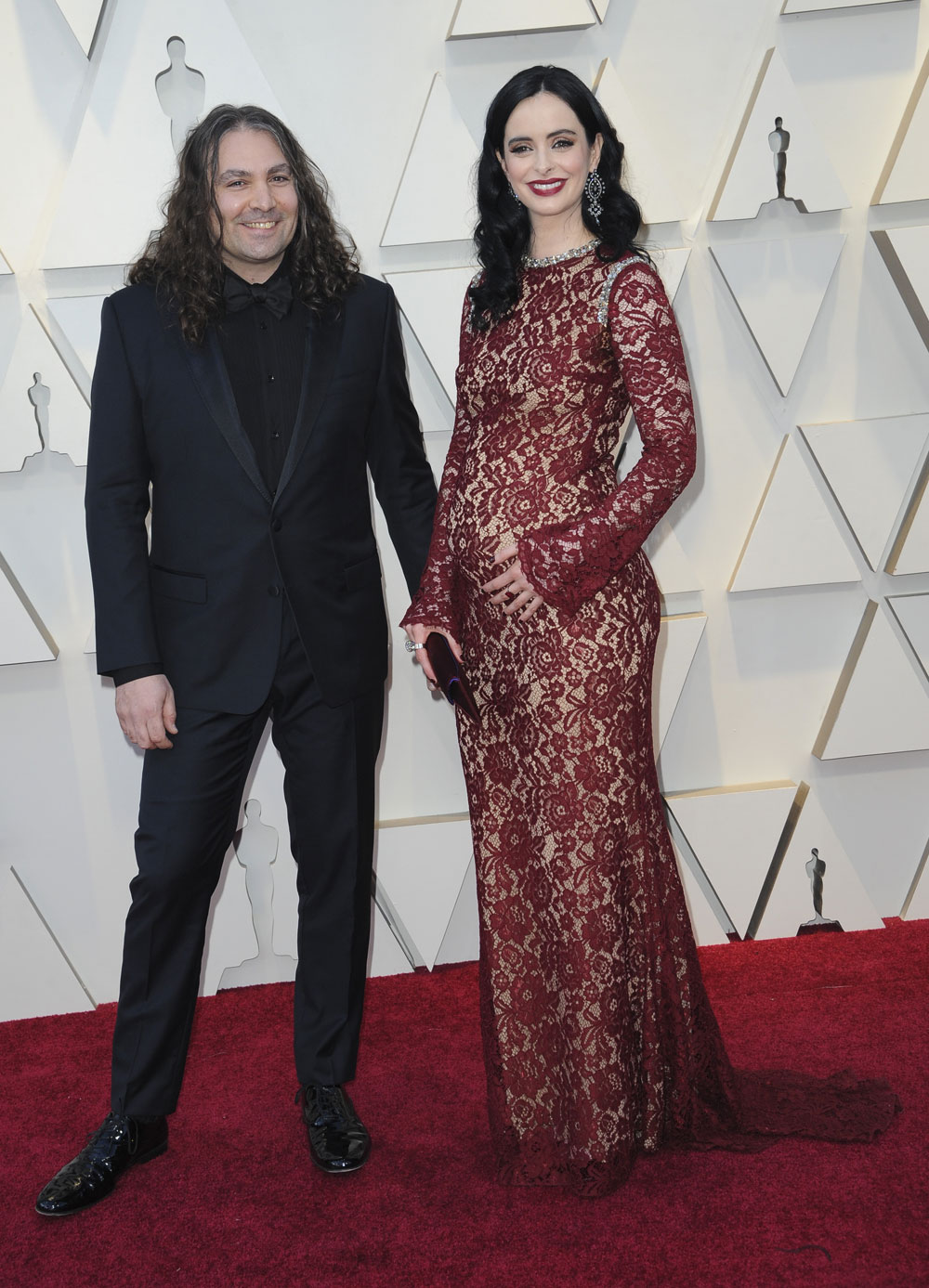 Danai Gurira wore Brock Collection, which I’m surprised I actually like. The idea of this, crinkled gold fabric with an empire waist, black belt and ruffle top, sounds like it would be fug but it’s a unique and modern dress. Plus she’s just gorgeous. I’m sad that Black Panther didn’t win Best Picture like it won for Ensemble at the SAGs, but at least it won for Best Costuming, for Best Production Design and Best Score. Production Designer Hannah Beachler gave one of the best and most heartfelt speeches of the night. 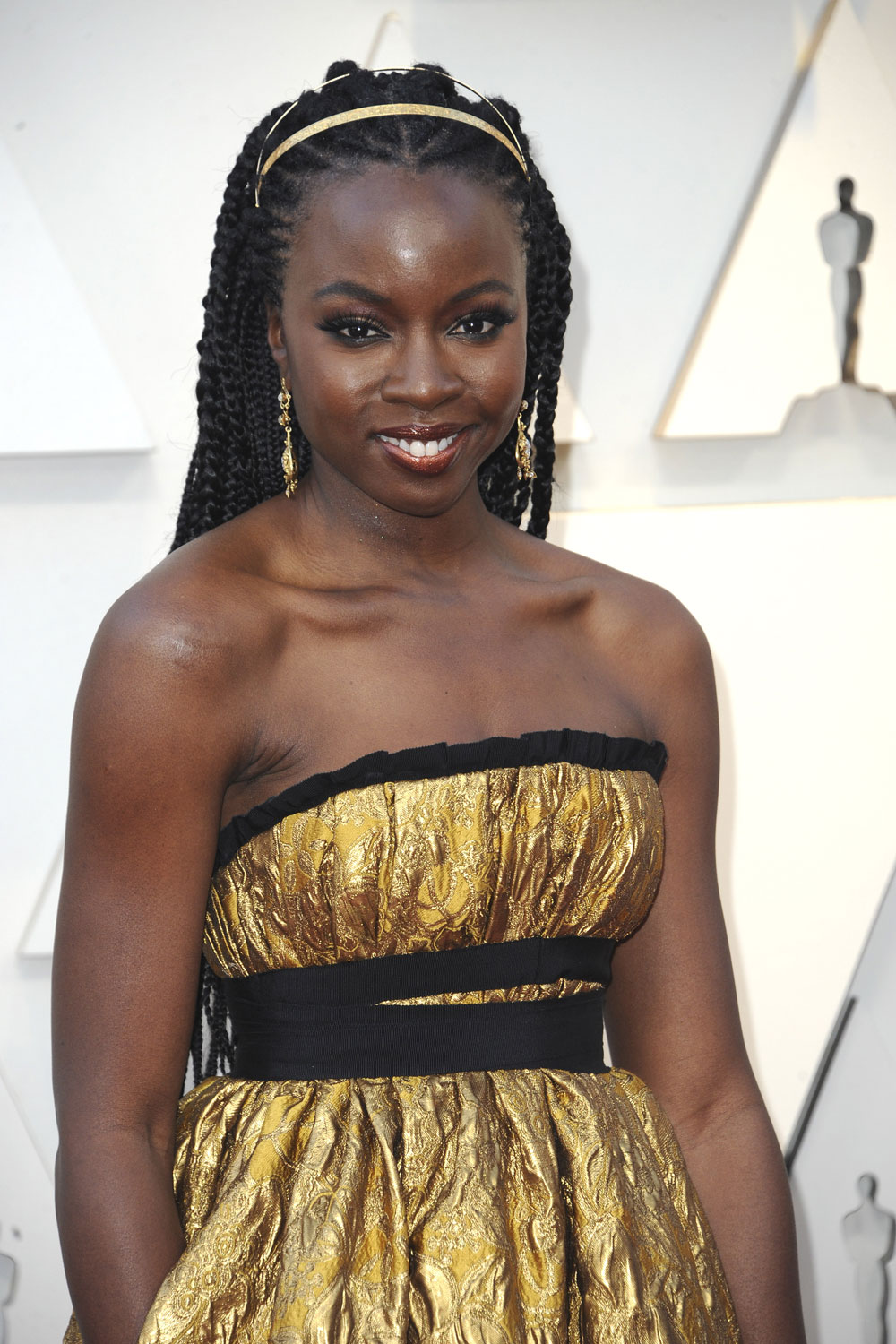 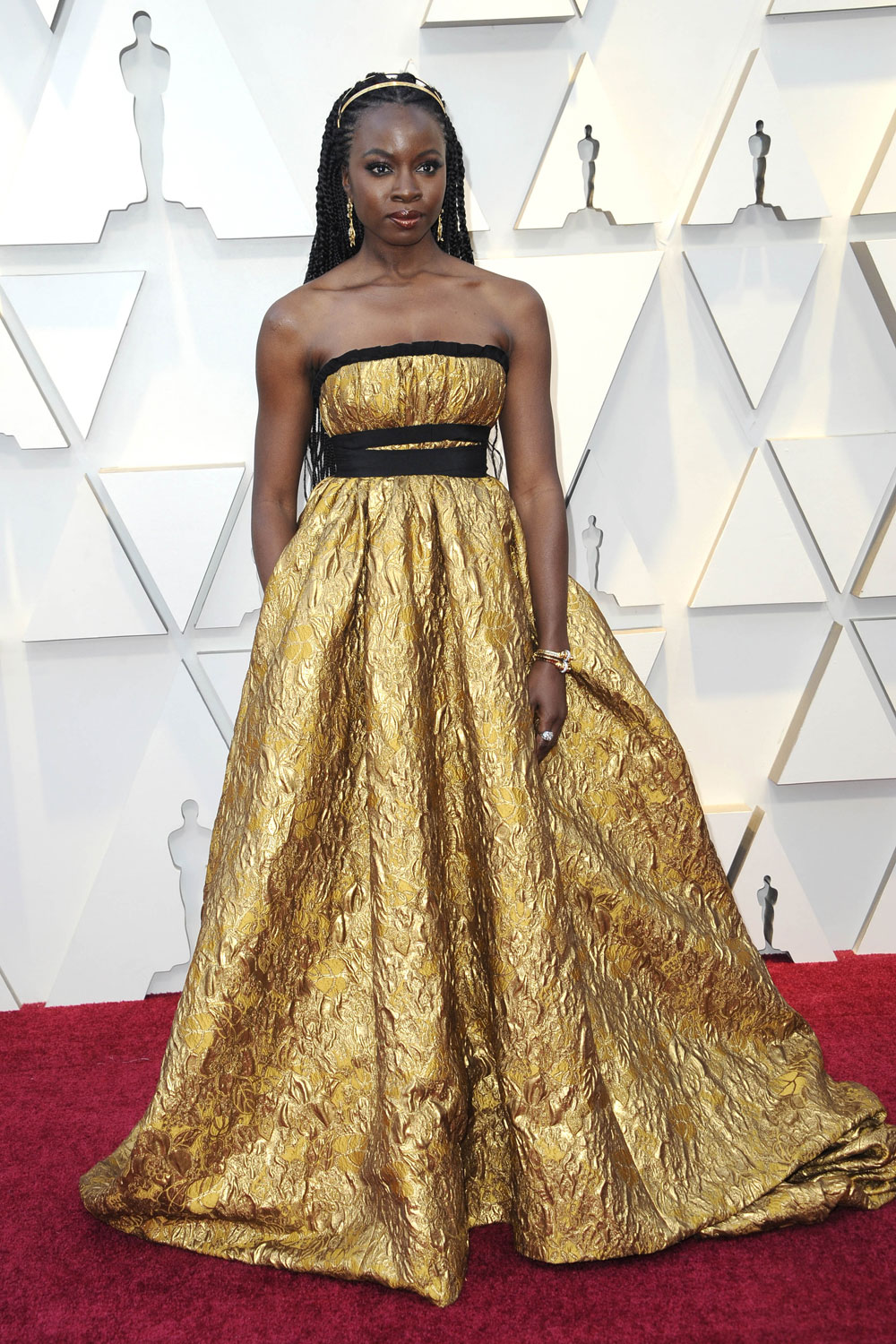 Speaking of Hannah Beachler, here she is looking amazing in a bright red dress with a giant side ruffle. That face jewelry is striking. Here’s a link to her speech and here’s a link to fashion designer Ruth Carter’s speech. (She also won at the Costume Designer’s Institute Awards!) 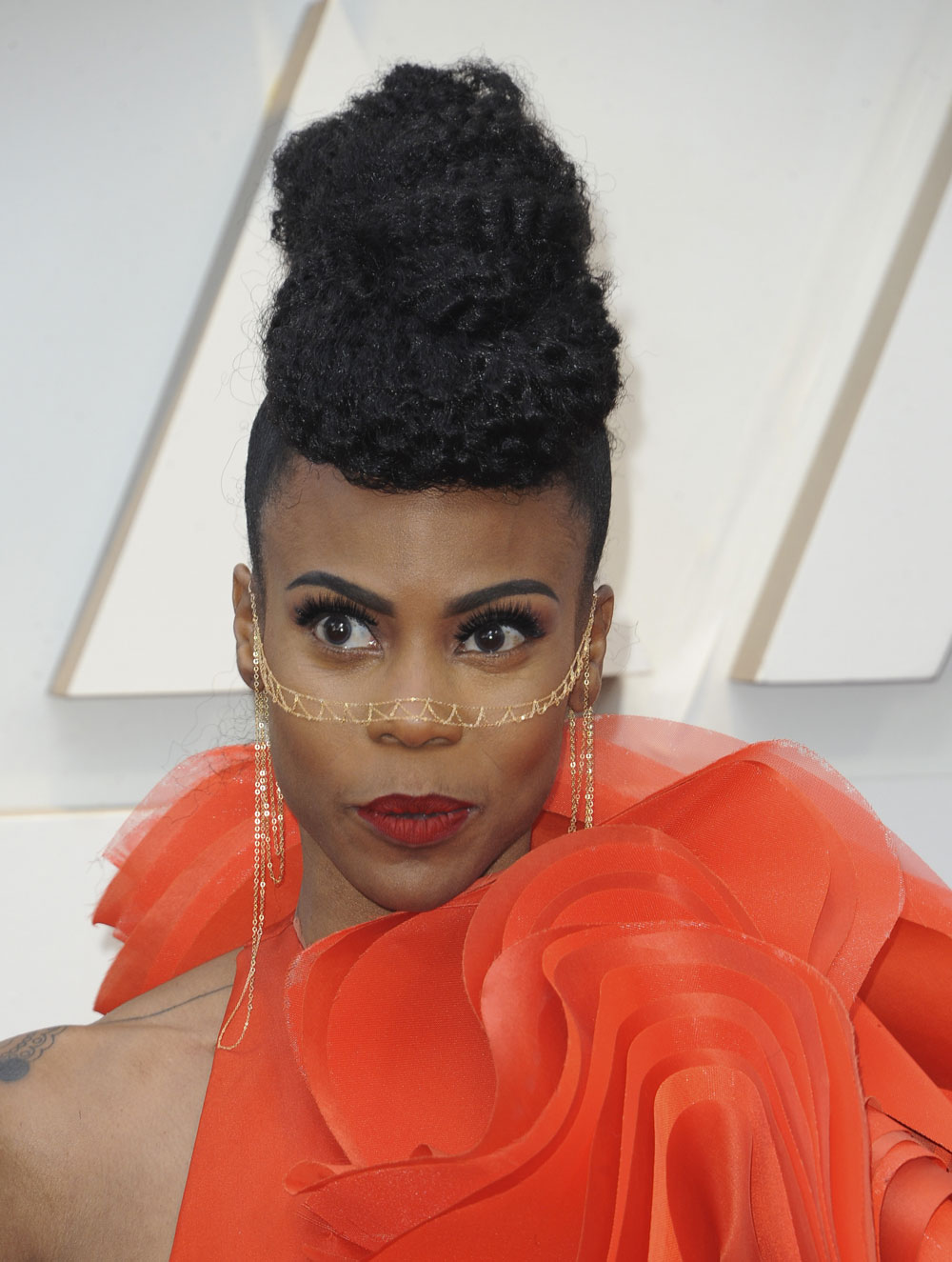 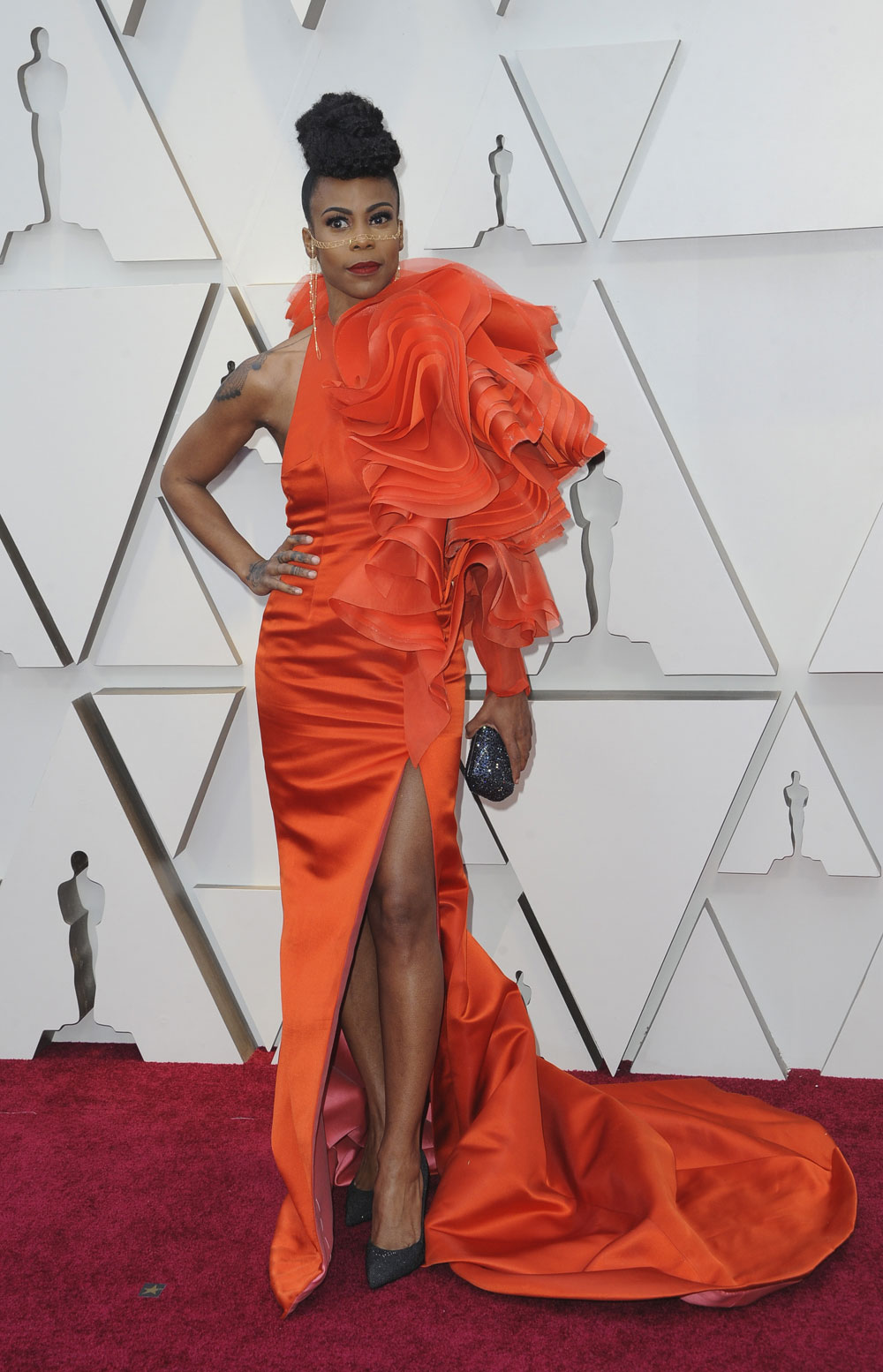 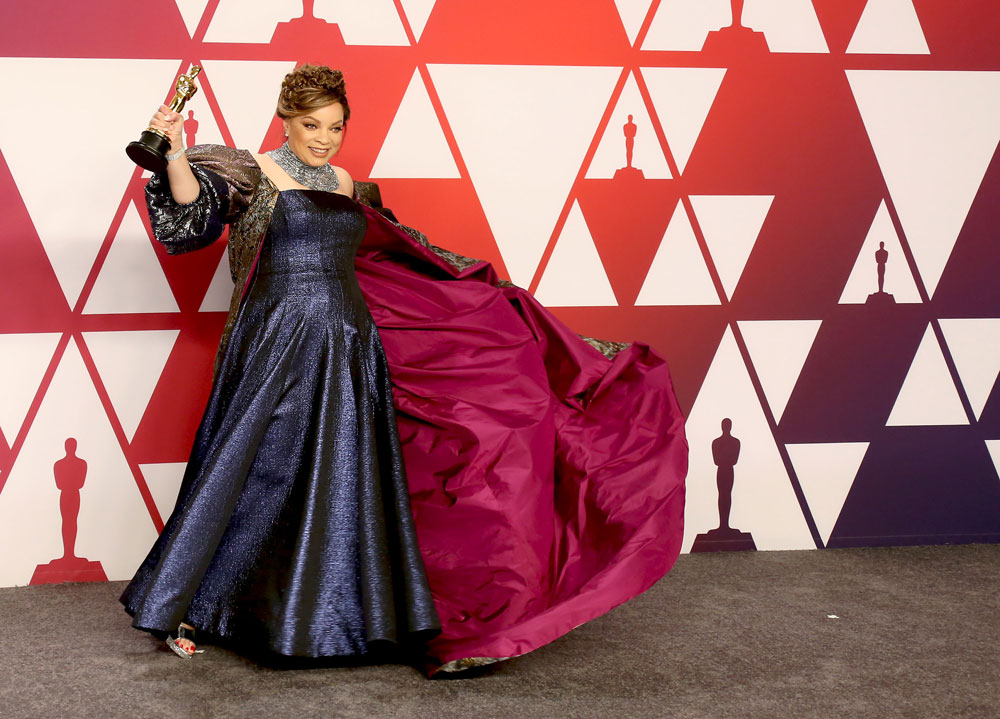 21 Responses to “Angela Bassett in fuschia Reem Acra at the Oscars: dramatic and bold”