Don Cheadle on attending Oscars: ‘The camera is on, you can’t bag on people like you want’ 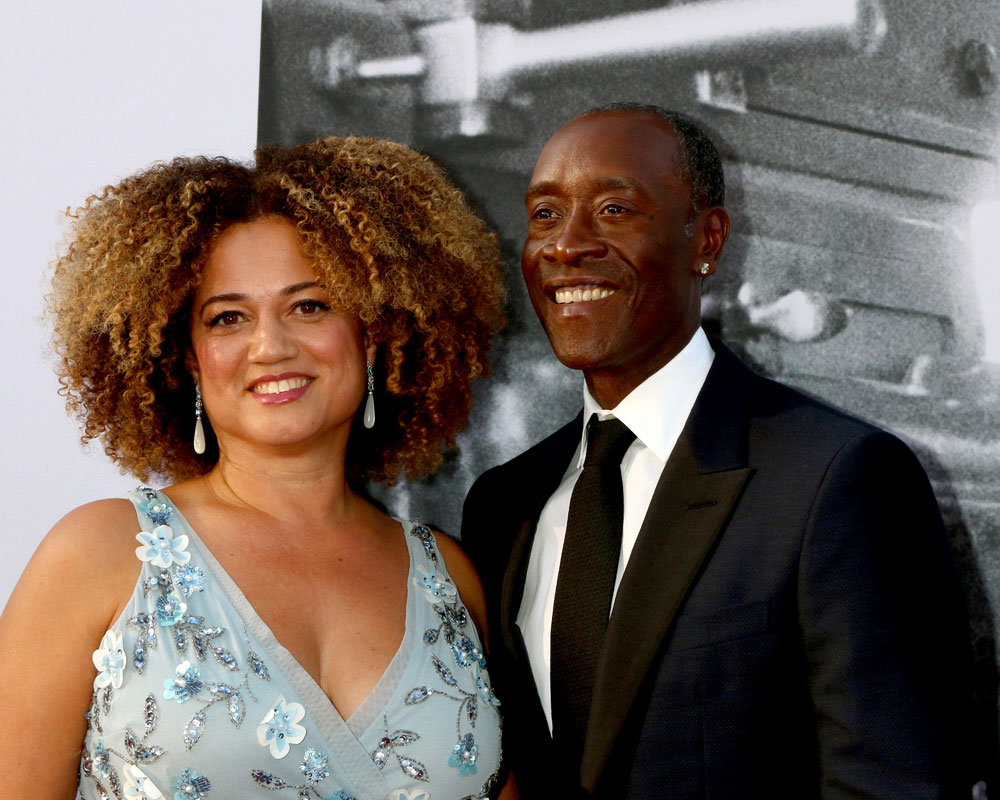 Don Cheadle doesn’t get enough credit for turning in awesome work with so little fanfare. He’s in the Marvel movies as James Rhodes/War Machine and he’s been in the Ocean movies but he still somehow flies under the radar. He was nominated for an Oscar for Best Actor in 2005 for Hotel Rwanda and he didn’t get enough publicity for directing and starring in the Miles Davis biopic, Miles Ahead, in 2015. In a recent appearance on The Late Show, he joked about being mid-level famous. He also described what it’s like to attend the Oscars and told a story about going to the ceremony before he was nominated. He’s just like us, he wants to talk about the people on stage but he said that you have to restrain yourself because the camera will catch you. Cheadle also talked about wearing a “Protect Trans Kids” shirt on SNL and how that happened. One of his daughters gave it to him and he recognized the opportunity. He’s been with his partner, Bridgid Coulter, since 1992 (Wiki says they’re not married but he calls her his wife) and they have two daughters in their early 20s.

On Trump calling SNL collusion
That’s really when you know that the country is in a great place when the president is attacking a comedy show.

On what prompted him to wear the ‘Protect Trans Kids’ t-shirt
You have this platform and you have an opportunity to say something. My daughter actually gave me that shirt. I said ‘I’m going to wear it, I’m just waiting for the perfect time.’ I think that was a good one.

On his level of fame and people not recognizing him
I never know. I can walk around sometimes and not be recognized at all. Other times they’re like ‘you’re that dude who is in’ and I’m like ‘you still don’t know.’

What is it like at the Oscars are they fun? [this was recorded Friday]
It’s not. It looks like it’s fun at home, but when you’re in the audience you’re the show. The camera is pointing at you so you can’t just bag on people like you really want to. Win or lose you want to talk about people on stage but if the camera is on you, you can’t just talk about people ‘oh man that is the ugly… ‘ hey [pretend claps and smiles]

On his first time going to the Oscars
I was invited because I just joined the Academy. My wife really wanted to go. The tickets were $500 each. I was like ‘we’re going to spend 1,000.’ On the red carpet I was stuck between Jack Nicholson’s entourage and Cher’s entourage and they roll deep. The paparazzi were screaming [for them]. One guy sees me and he goes ‘Don, Mr. Cheadle’ and I look up smiling and he goes ‘get out’ [of the shot].

Don Cheadle is one of us. He wants to talk smack about people at The Oscars and he doesn’t want to spend $1,000 to have to sit there and not do that. I get the impression that part of the reason he’s not massively famous is because he doesn’t cultivate that either. He could have an entourage or act like he’s a big star but he doesn’t and we never hear a bad word about him. (That’s also why we don’t talk about him much.)

Cheadle is promoting his Showtime series Black Monday, costarring Regina Hall, which is set in the 80s around the stock market crash of 1987. He said that he wasn’t personally affected by that at all at the time because in his job he was asking “do you want fries with that?”

Here’s the trailer. This looks awesome I want to see this! The good news is that the first two episodes are available for free on Youtube. (Not an ad although Showtime is awesome and used to let us watch shows for free. Hook us up again Showtime.)

Ooh check out his Instagram I’m definitely a fan.

In partnership with @represent, we will provide the jersey for a limited time only. 100% of my proceeds support Human Rights Watch. Get yours at https://represent.com/trump 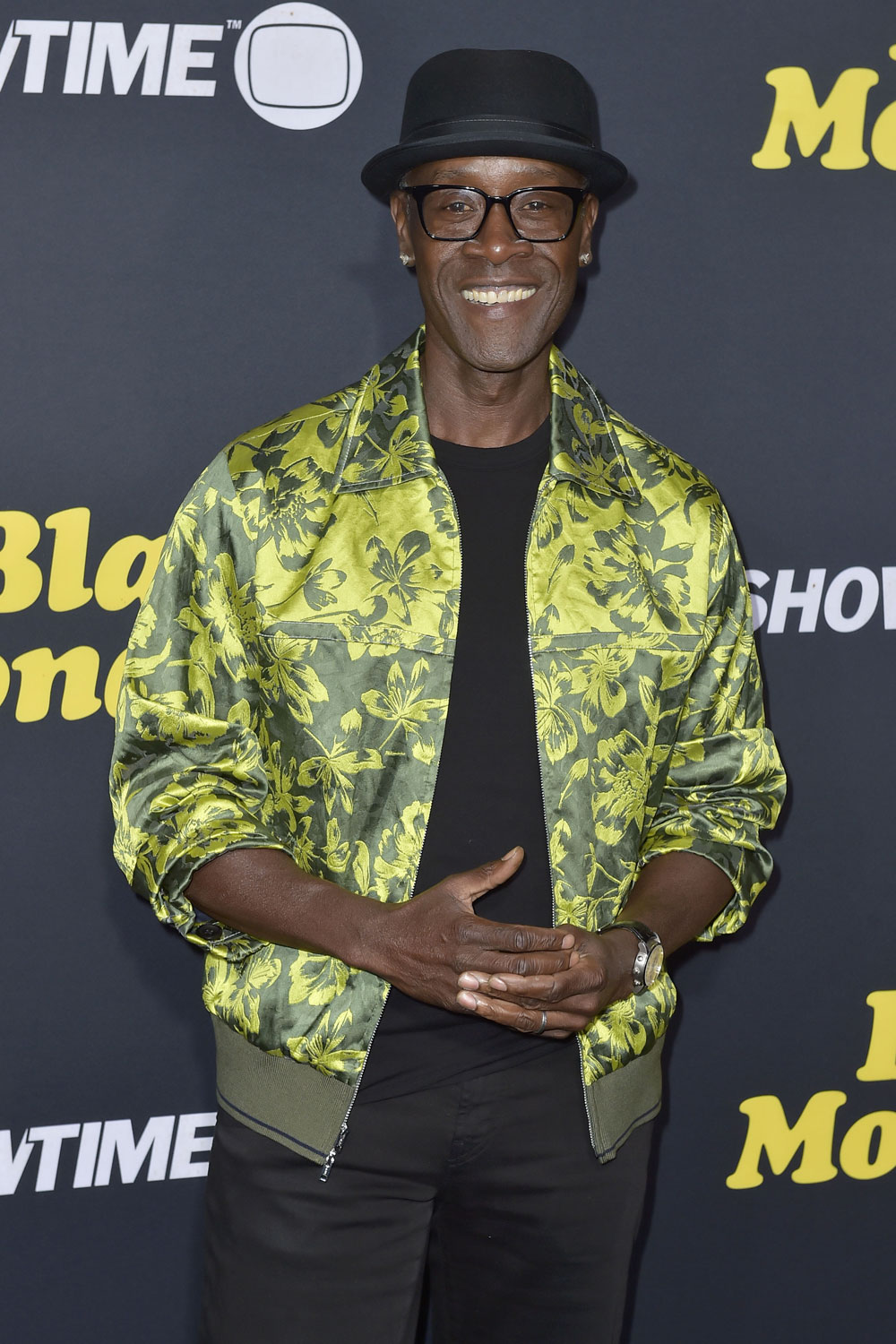 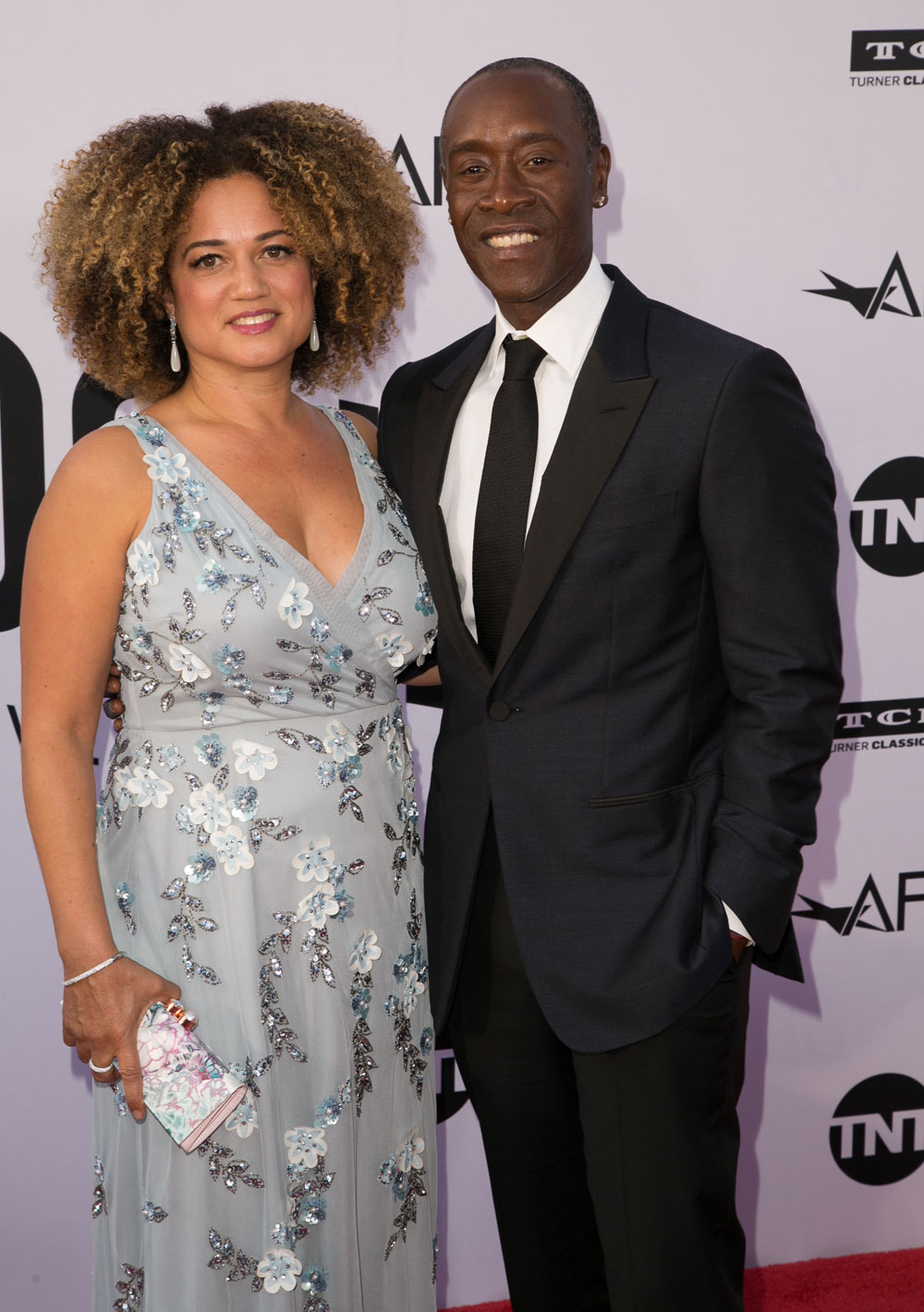 47 Responses to “Don Cheadle on attending Oscars: ‘The camera is on, you can’t bag on people like you want’”