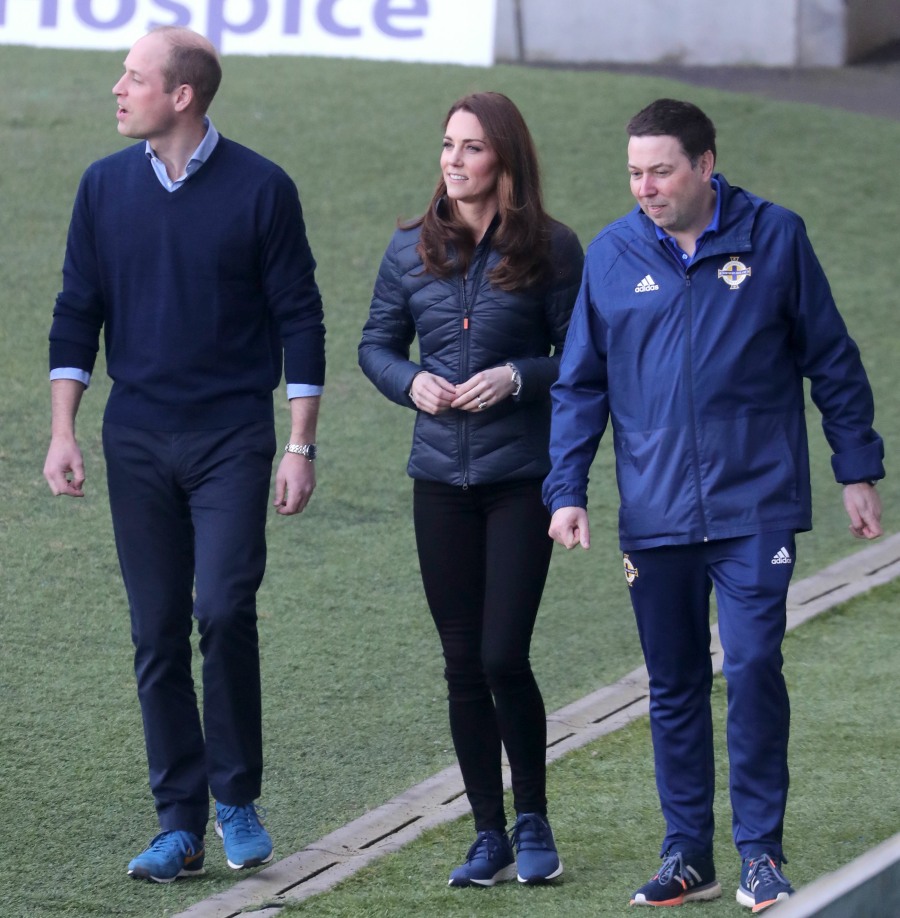 As many of you pointed out earlier, it really looked like the full-skirted Carolina Herrera “coatdress” style clashed with the Duchess of Cambridge’s skinny jeans. That’s because she really wanted to wear her black skinny jeans for the first event in Belfast, but they also had to do a short walkabout upon their arrival, and I guess Kate thought it would be bad form to do the walkabout in athletic gear. So she kept the jeans on, threw the Herrera coat over them, and then she changed coats and shoes once she got to Windsor Park Stadium.

I think her puffy Barbour jacket is super-cute. While she has several puffy jackets (which she’s worn to athletic events before), this one is apparently new. She’s also wearing $90 New Balance sneakers. I used to wear and love New Balance, but I found that they “wore out” very quickly. I asked commenters for recommendations and a lot of you suggested Asics, which I’m still buying and wearing for all of my gym time.

I’ve said this a million times, as have many of you, but I always feel like Kate is so happy whenever she gets to do something sporty. I often wonder if she felt pressured – by the palace, by her mother – to take on patronages which didn’t fundamentally interest her. If left to her own devices, I wonder if she would have chosen to take on more sports-related charities, because that’s her strength.

Also, guess who made a big show of physical affection today? I await all of the Daily Mail thinkpieces about how Kate and William’s affection is “unroyal” and “common” and “gauche.” Oh wait you mean they only do that when it’s Meghan and Harry get out of town.

Lovely frames of The Duke and Duchess of Cambridge during a football coaching session during their visit to Windsor Parkhttps://t.co/968IQNQzu4 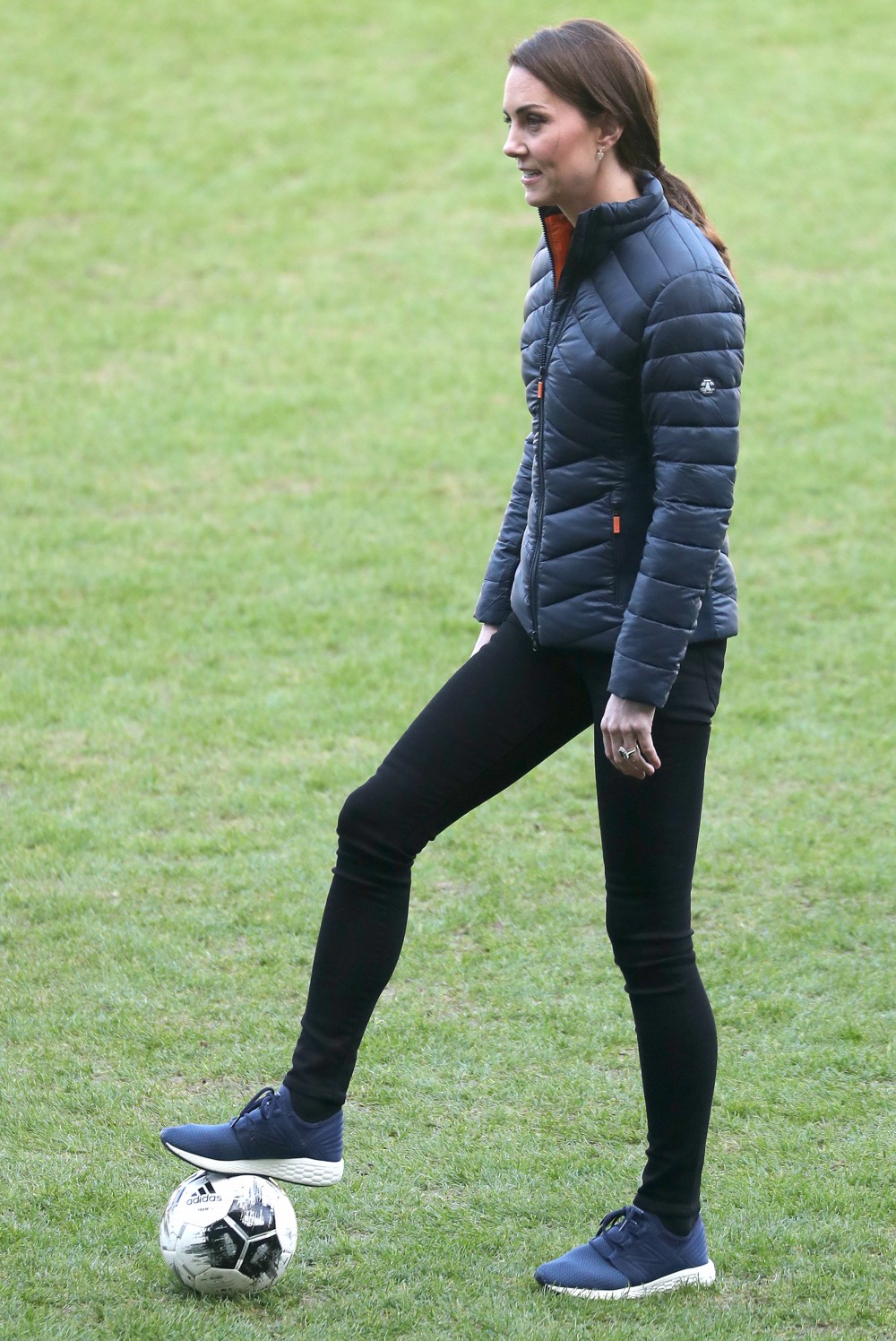 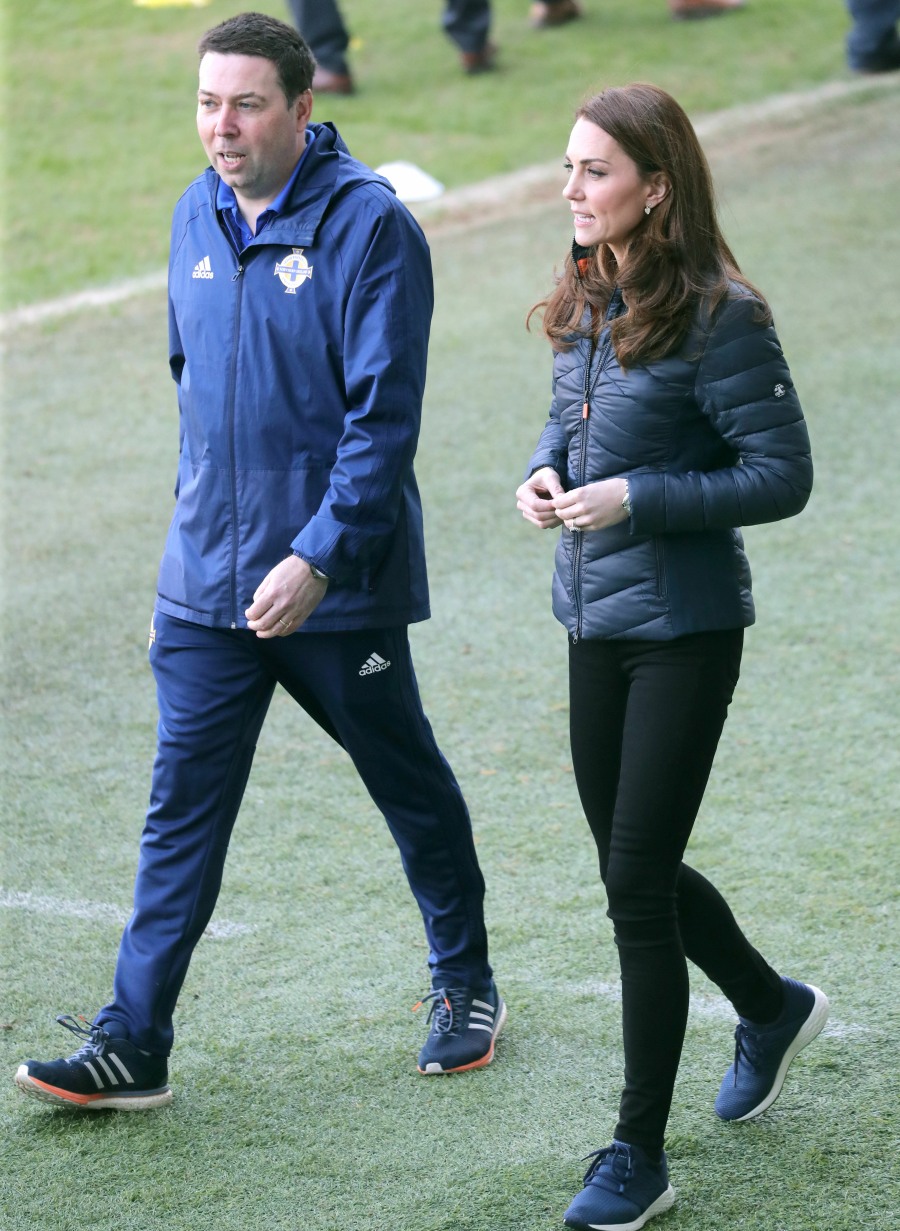 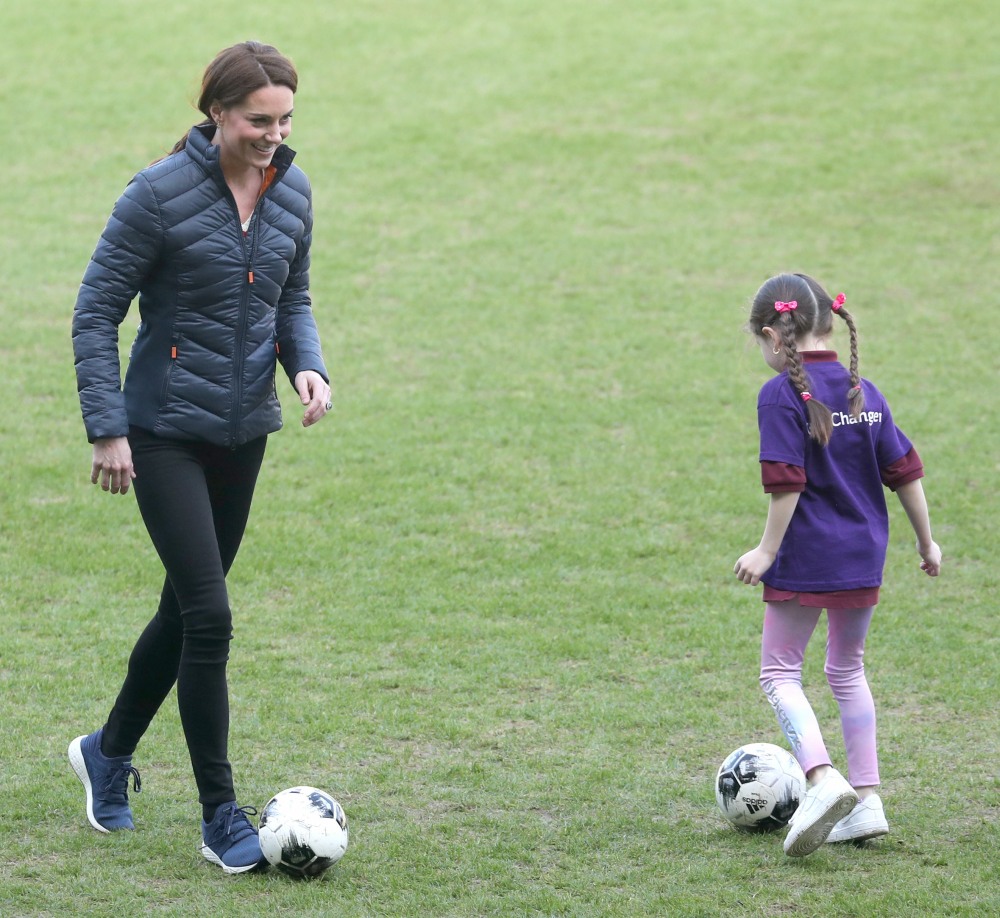