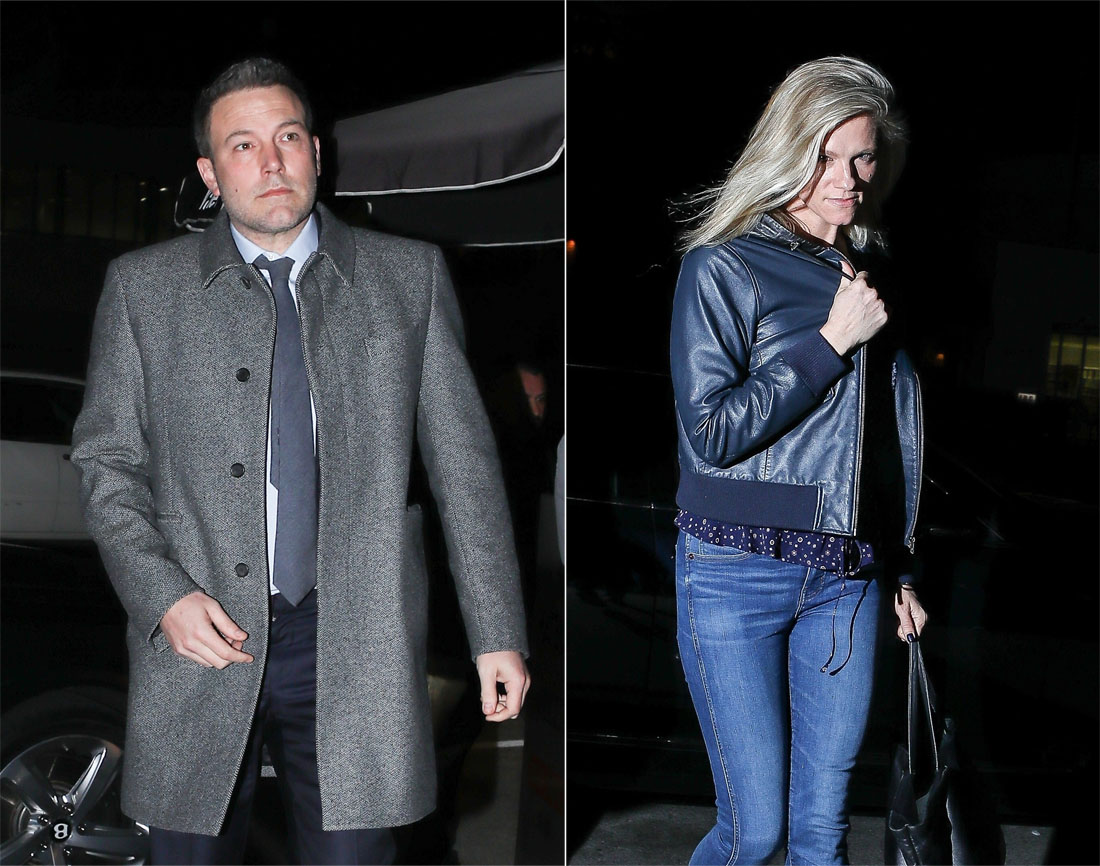 Over the weekend Ben Affleck and Lindsay Shookus were seen out together. I didn’t cover it because it seemed predictable to me, but mainly because it was right before the Oscars and there were plenty of other stories to discuss. On Saturday night they were seen out to dinner at hotspot Katsuya, where multiple paparazzi photographed them. Those are the photos here. I have to say I like to see Lindsay’s casual style. (I dress like she does, which is probably lazy/basic by some people’s standards, but there’s a formula to it and I like it.) Ben looks sober in that he’s dressed nicely, he’s not wearing his typical attire of a stained shirt and sloppy pants, and he’s debloated.

The Daily Mail had photos of them getting Starbucks iced coffees (I’m so jealous of people in warm climates) the next day so they definitely spent the night together. This isn’t the first time we’ve heard that they’re back together after their August breakup. Early this month reports said they were back in contact and then Lindsay was photographed outside Ben’s NY apartment on Valentine’s Day. So now it’s official, with US reporting that they’re back together and that Lindsay is the one who contacted Ben again first. (That was in this article, not the one I quote below.)

They’re giving love another shot. Ben Affleck and his ex-girlfriend Lindsay Shookus “are totally back on” six months after their August split, a source exclusively reveals in the new issue of Us Weekly.

After more than a year of dating [Affleck and Shookus] called it quits around the same time Affleck began a brief fling with Playboy model Shauna Sexton and subsequently entered (and completed) a 40-day rehabilitation program for alcohol abuse. Now, says the source, “they’ve picked up right where they left off.”

Earlier this month, a source told Us that Shookus had reached out to Affleck. Now, while another source notes that the pair “wouldn’t exactly say they were totally back together,” they’re definitely “hanging out.” And the first source says things have been “easy” this time around. For more on their rekindled romance, check out the video above.

The video on US claims the source says “they’re very comfortable together and happy to be back in each other’s lives.” Also that he “had some stuff to work through” but now is doing well with sobriety. At least they say he’s sober. The earlier US article only mentioned that Ben was “in a much better place health-wise and is a lot happier,” so I was worried that the PR people were deliberately omitting whether he was sober. (Not that he isn’t, but I can’t blame them for phrasing it vaguely.)

Anyway Ben broke up with Lindsay last summer by being photographed out to dinner with a 22 year-old Playboy model. They cheated on their spouses with each other for years though so she know what she’s getting. Now that they’re a couple again for a hot minute someone has to be pushing this narrative, and Ben is benefitting from it as it makes him look stable. They stepped out the night before The Oscars too. I wonder how Jennifer Garner is doing in her new relationship. Surely we’ll get an update soon. 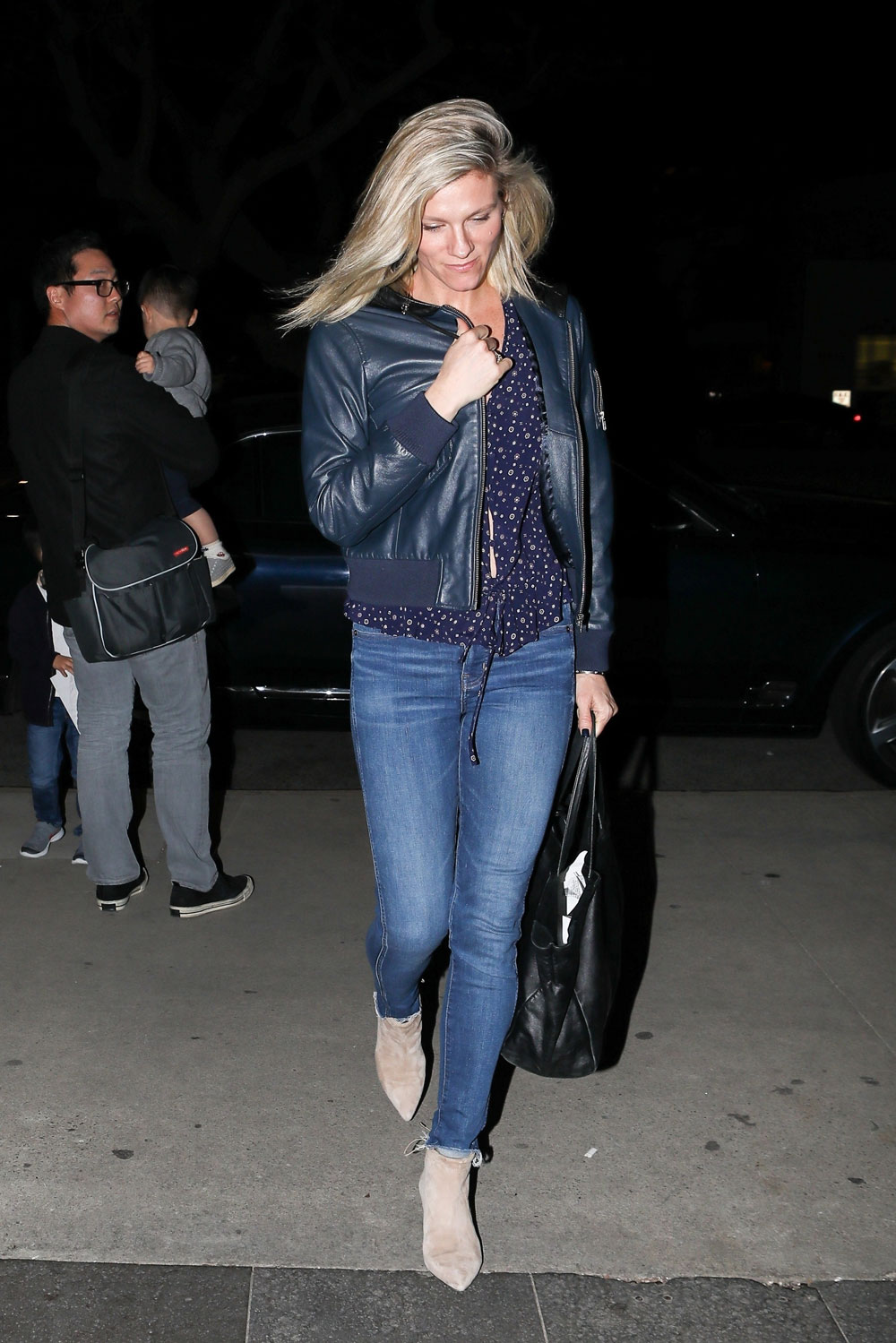 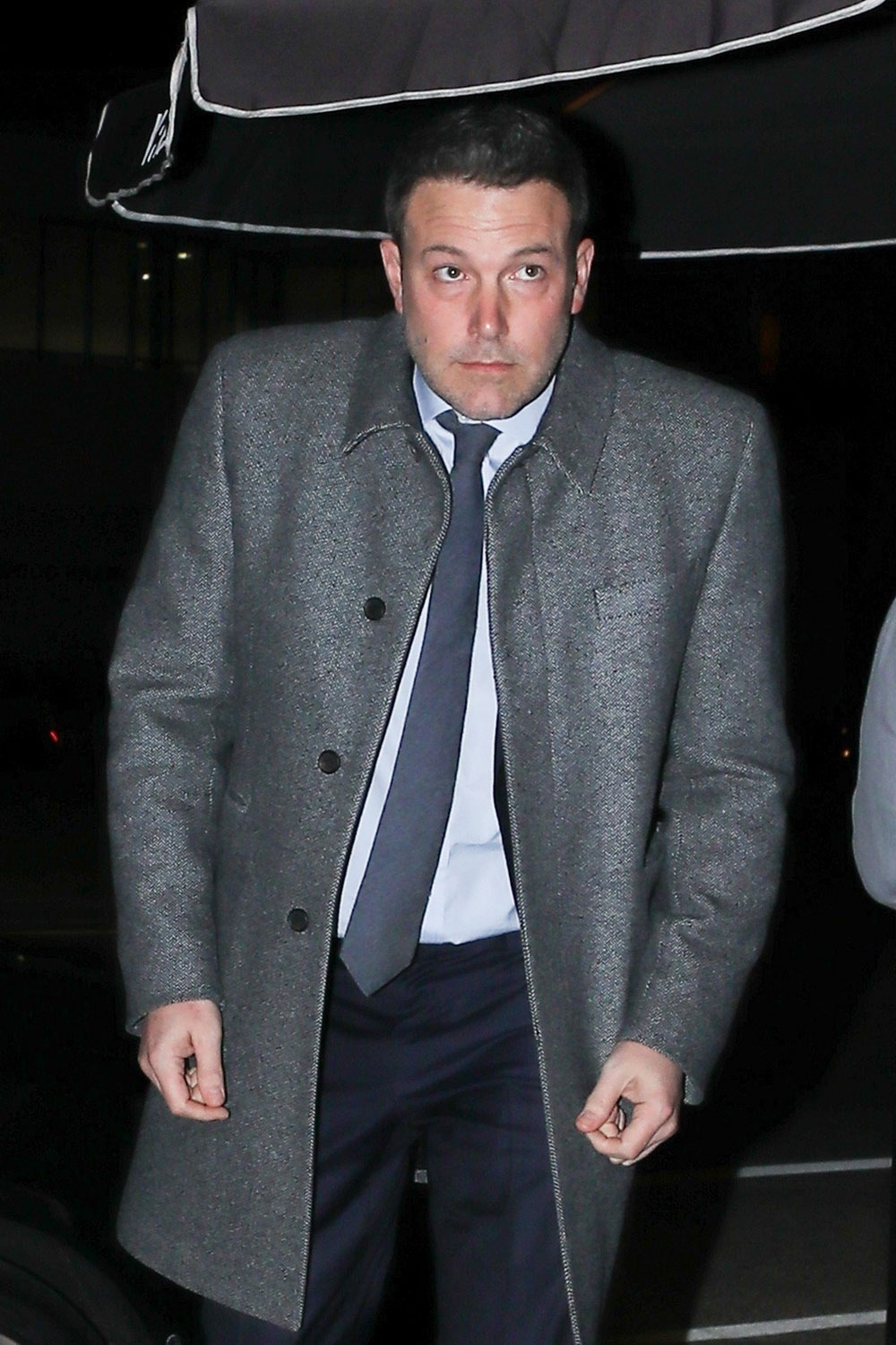