Winston Duke’s mom goes everywhere with him, including business meetings 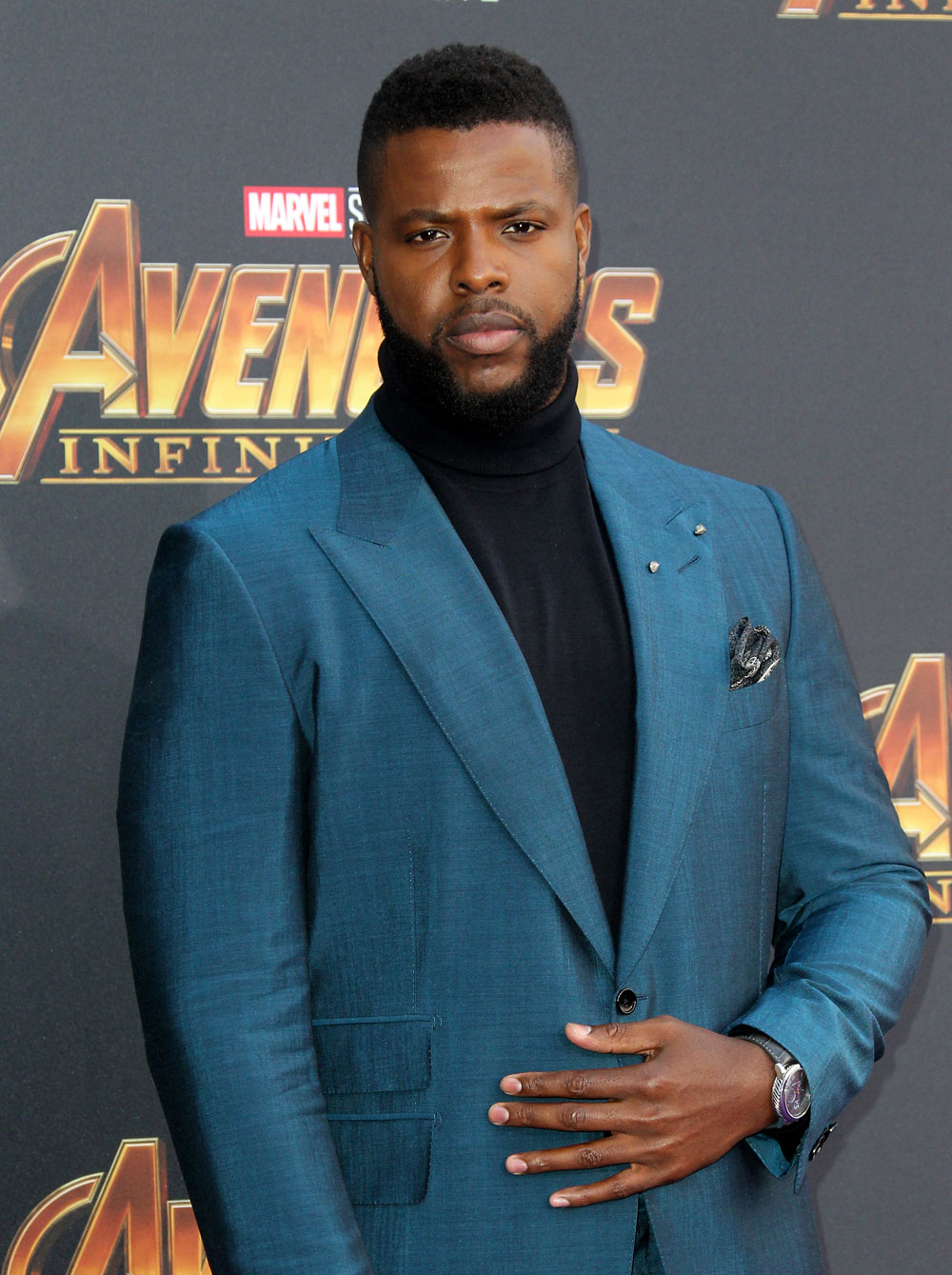 I’m so excited for Jordan Peele’s new horror movie, Us, which isn’t out until March 22. It’s got 100% on Rotten Tomatoes, critics have been raving about it and I’m just getting restless for it. Winston Duke, whom I know as M’Baku from Black Panther, is costarring along with Lupita Nyong’o. I remember him well from Black Panther as he was a standout, but I haven’t seen an interview with him before. He was on Jimmy Kimmel’s show and he’s so funny and cute. He’s 32 so I don’t feel like a creep crushing on him. Winston is from Tobago, which is a small island in the Caribbean. He said he that his mom lives with him half the year and with his sister the other half. The stories he told about his mom were hilarious.

Do they watch Friends in Tobago?
They watched almost every American sitcom. I grew up with all these people as my family. Friends, Family Matters, Fresh Prince, Golden Girls. I’m definitely a Blanche with a little Sophia.

What did your family do for work?
My mother worked for the government and she also owned a restaurant. Local flavor creole cuisine.

Does your mother still live there?
No she spends half her time with me. She lives with me half the year and the other half with my sister.

How do you like living with your mother?
It’s cool especially around now when my life changed completely after Black Panther. Everyone changed except for her. She’s always like ‘you got to take out that garbage. Who do you think you’re talking to? You didn’t get famous your beard did.’ She doesn’t let up.

Do you hang out with her?
Every day almost. We’re almost like best friends. She even comes on set with me on the movies. I even bring her to my meetings with agents.

This sounds crazy to me but according to a woman from Trinidad (the sister island to Tobago) who tweeted me, Caribbean moms can be overbearing like this. Winston seemed really chill about it and like it’s no big deal. It sounds like he finds it fun and he loves being with his mom. I do wonder how that will work if he gets a live-in partner (he may have one already, but I can’t find anything about it) and if it’s a deterrent to potential dates. If I met a guy whose mom lived with him half the time I would think twice about getting involved with him, but Winston probably doesn’t want a significant other who wouldn’t accept his mom as part of the package. I couldn’t find much about his personal life, but he’s starring in this movie that’s about to be a huge hit. I’m sure we’ll learn more about him soon.

If you let them for sure…I can picture exactly what he's talking about. I'm sure Rihanna and Usain would nod if they saw this. I'm from Trinidad and Tobago is our sister island so its very real. Yep you can quote me.

MY lovely mother @joyce.coco56 I am so blessed to have been brought into this world through you. I can triumphantly say I have your heart, your courage and your resilience. Thank you for all your gifts. I love you! #happymothersday #mothersday #mom #momlife #bestmom #lovemymom #parents #singlemom #bestmomever

His sister is a doctor who runs her own fertility practice in Nevada!

So prod of my sister Dr. Cindy Duke as she cuts the cake at the ribbon cutting of her own Fertility practice the Nevada Fertility institute / @fertilitynevada ! My inspiration always !!! #nevada #lasvegas #Dr #bigsister #sisters #boss #inspiration #killinit #strongwomen #leadership #blackgirlmagic

19 Responses to “Winston Duke’s mom goes everywhere with him, including business meetings”