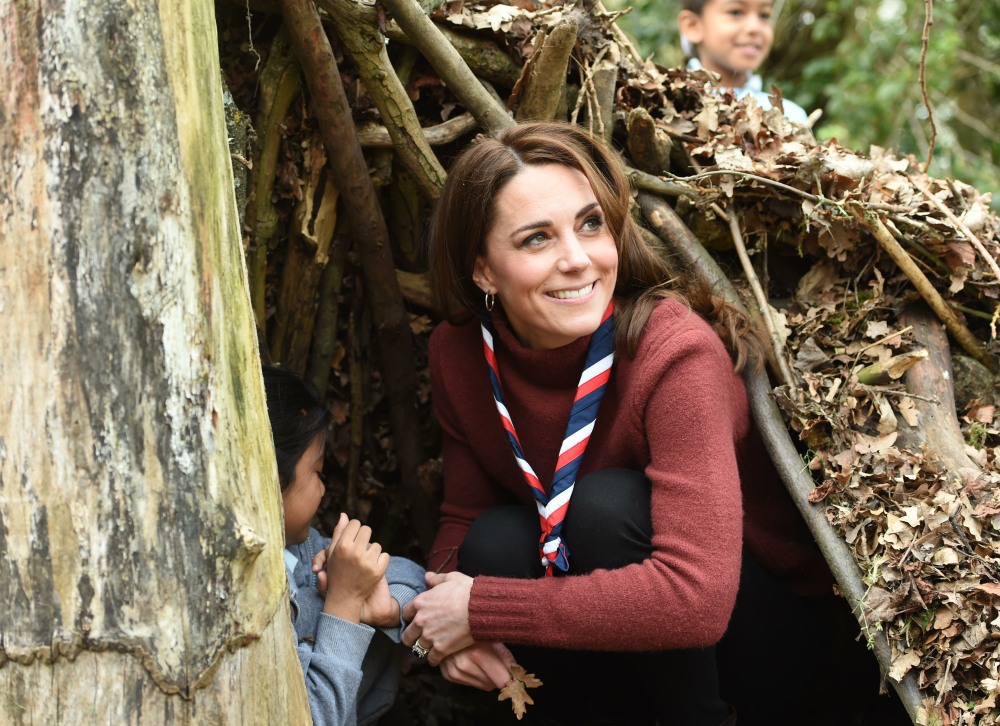 Here are more photos from the Duchess of Cambridge’s outing yesterday in Essex, where she spent some time doing Scout Association stuff with kids. What kinds of stuff? Finger painting (she ended up with a green hand), hiding out in tree forts (she looks like an LL Bean model in those shots) and doing something with a string (?).

Kate was there to launch a new pilot program for the Scouts, a program for kids aged 4-6. Which brings up a question I always have about these kinds of kid-friendly events: why doesn’t Kate ever include her own children? Prince George will be six years old this summer – I’m sure he would have loved to hang out at this event and play in the tree fort. There are so many kid-friendly and kid-inclusive events like that for Kate, where I think “this photo-op would be even better is she brought George or Charlotte.” So why doesn’t she? Is it because of “privacy”? Well, Kate did tell the Scouts that she hopes to enroll her own kids in Scouts. She also had some nice things to say about inclusion and diversity:

Prince George and Princess Charlotte may have some outdoor adventures in their future! Kate Middleton said she’d like to sign up her 5-year-old son and 3-year-old daughter for the young Beaver Scouts during her visit to the Scouts headquarters in the eastern edge of London on Thursday. The royal mom, 37, told young leaders of her hope that her kids will follow in her footsteps, as she was Brownie as a young girl and has acted as an adult volunteer.

“She said she would like them to go into the scouting community because she loves what it stands for — that it’s a very open and inclusive way into life,” said 14-year-old Lauren Noble, who helped show Kate around. “She said it would be a great thing for them to get involved in.”

Tahseen Patel, 17, said she spoke to Kate about different cultures.

“She said she’d like to get her children involved and how you learn so many skills for life in the scouts,” said Patel. “I talked to her about the mosque and how important it is for religion and scouting to blend together and how we have to learn about each other’s religions and be united with each other.”

“She emphasized how important it is to understand each other and learn about each other’s religion and cultures,” the teen added. “She is really humble. I was nervous — we all were — but she was a normal humble human being. She made us feel comfortable.”

“I talked to her about the mosque and how important it is for religion and scouting to blend together…She emphasized how important it is to understand each other and learn about each other’s religion and cultures.” That’s really… great? I mean it – Kate avoids topics like multiculturalism, diversity and respect for multi-faith communities like the plague. But maybe she’s changing, or as people keep insisting, she’s growing more comfortable and confident in her role. Confident enough to express talk to teenage Muslim girls about going to mosque and embracing inclusivity. 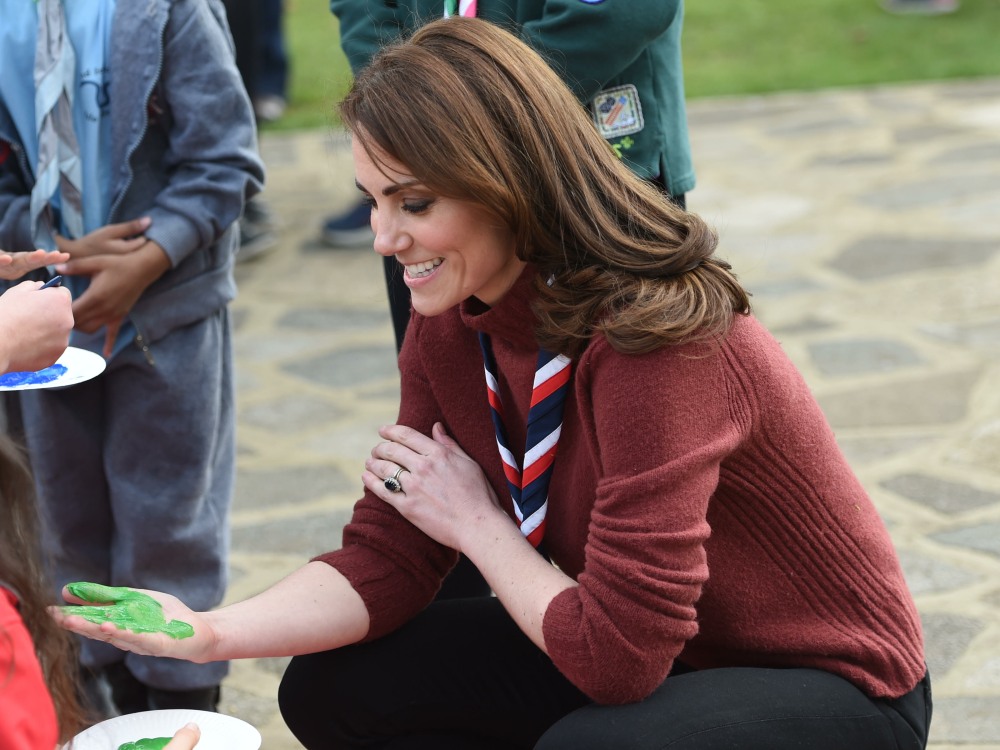 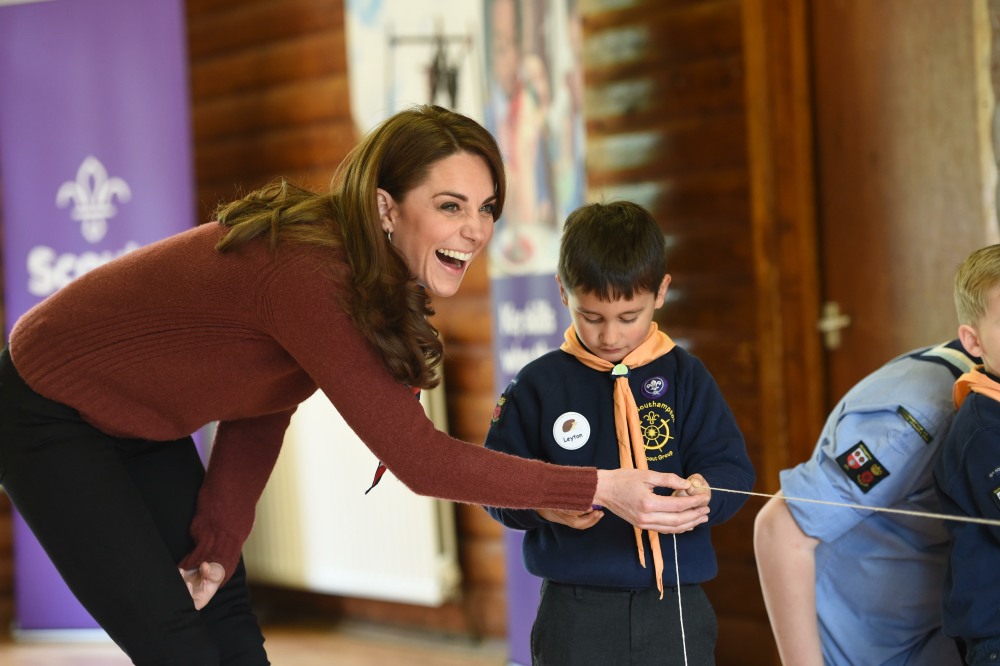