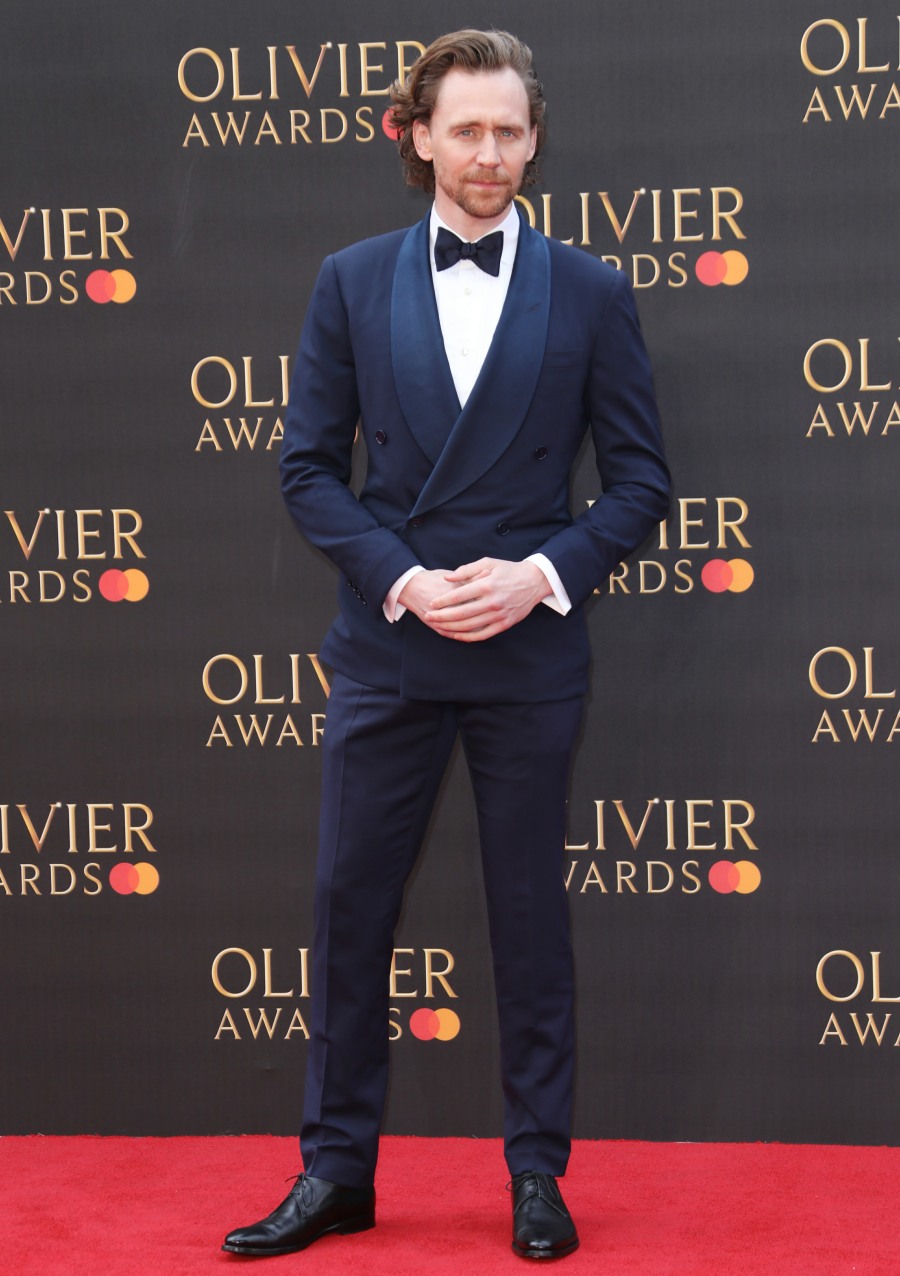 Tom Hiddleston attended last night’s Olivier Awards in a rather lovely blue tuxedo from Ralph Lauren. That’s a good fit for him, in my opinion – Tom is very on-brand for Ralph Lauren and vice versa. Tom walked the carpet solo, although he presented at the show with his Betrayal costars, Charlie Cox and Zawe Ashton, who seems to be especially close to Tom. I actually suggested that maybe something is between Zawe and Tom last week, when he came to her book launch in London. I still don’t know. But it’s worth noting that Tom was seen leaving the Olivier Awards with theater producer Emily Vaughan-Barratt – you can see the photos here. Does that look like a situation, or were two friends just heading out for a drink, or perhaps they were going to share an Uber? I don’t know. But she… looks like his type? 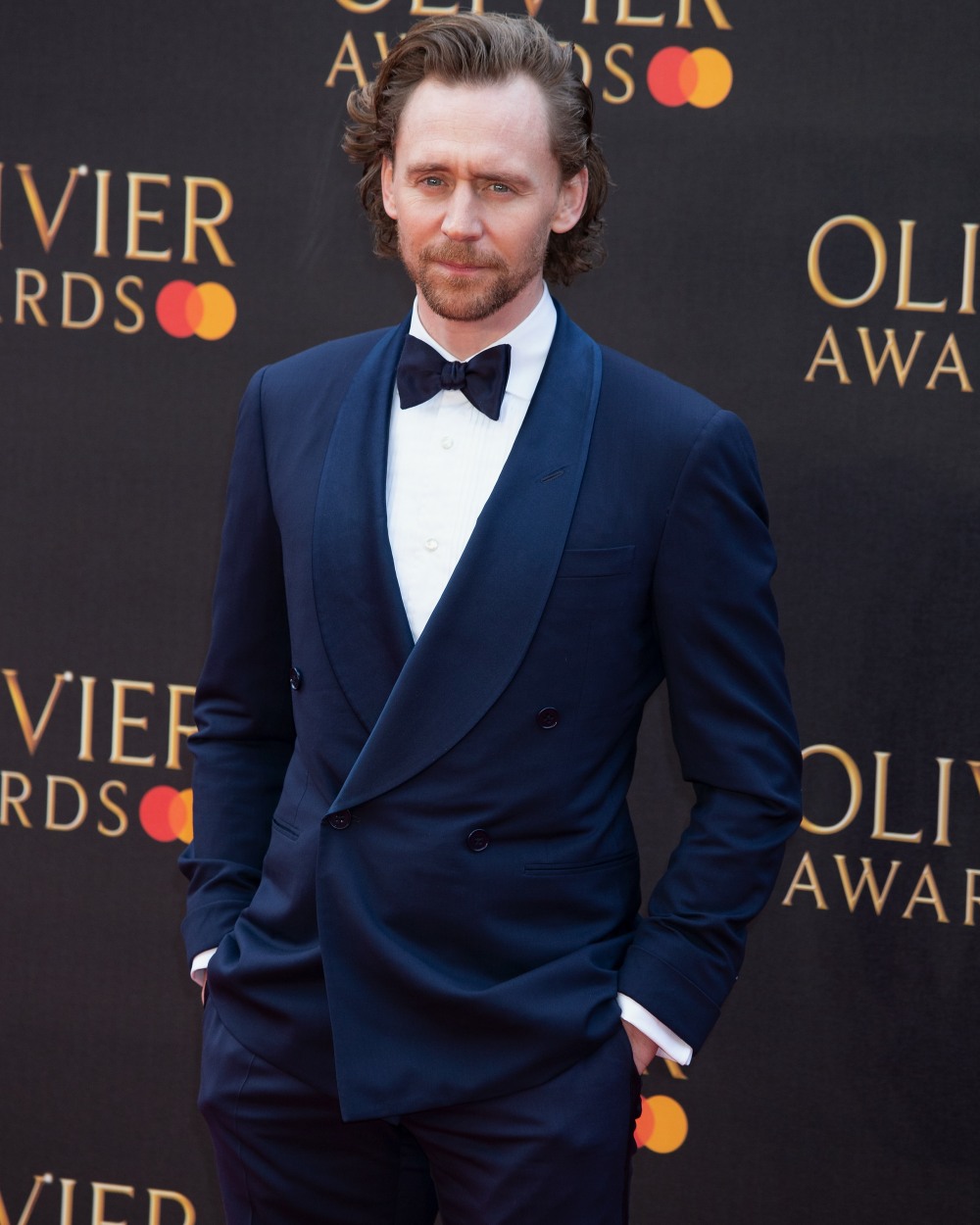 Here’s Zawe Ashton, Tom’s costar and friend and possible lover! Her dress is a pretty color but good lord that’s a bad design. 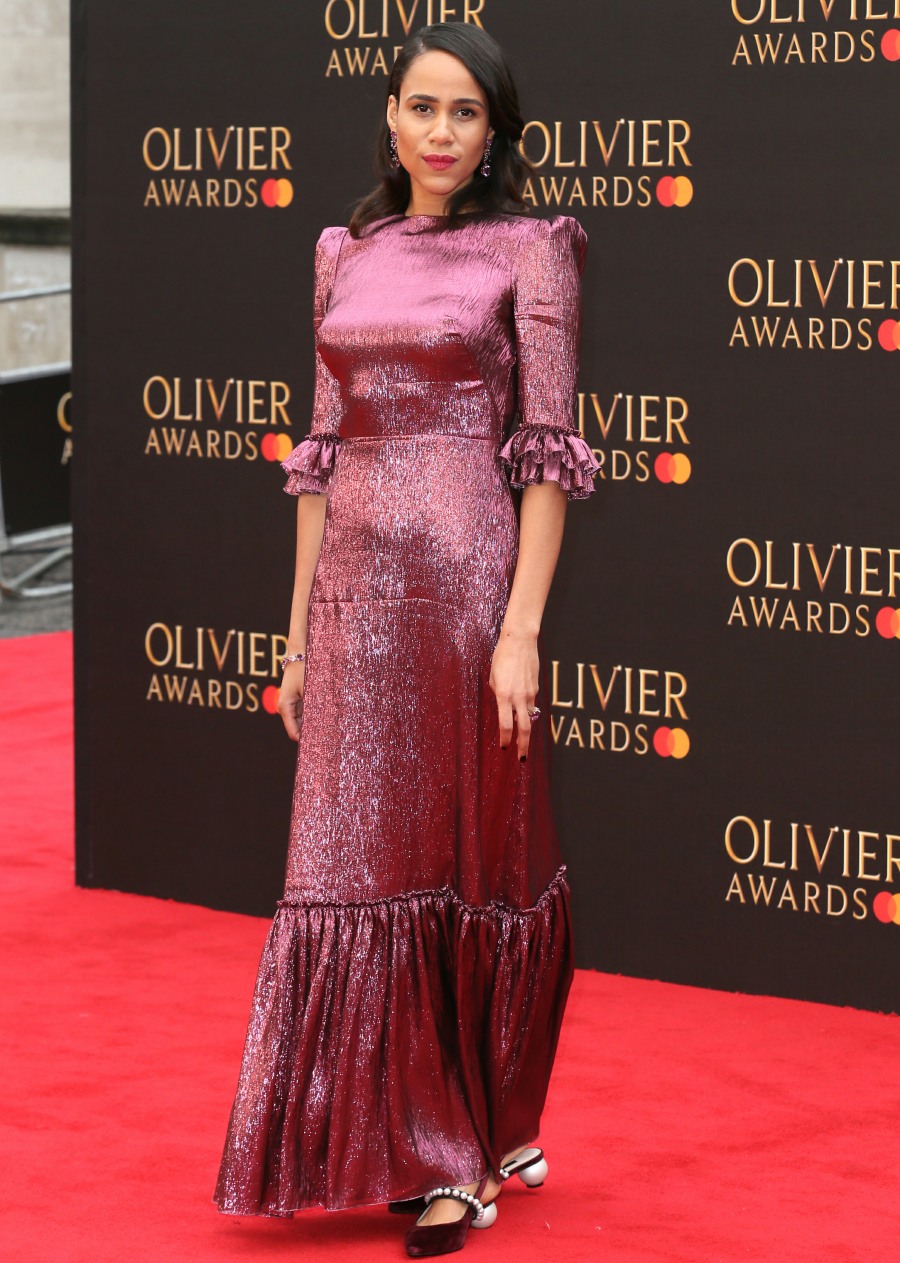 I love Gillian Anderson and I think she’s such a beautiful woman, but I hate horizontal stripes on the red carpet. 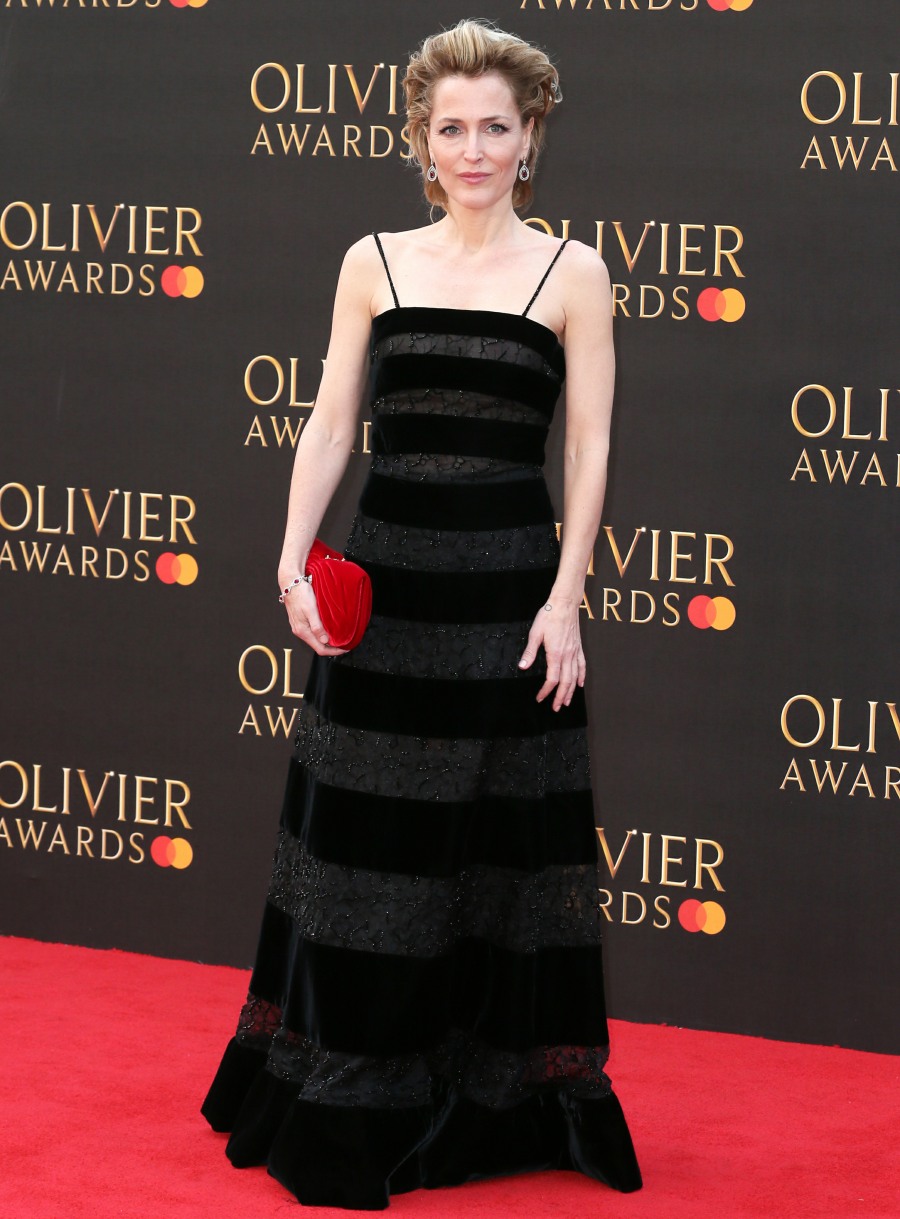 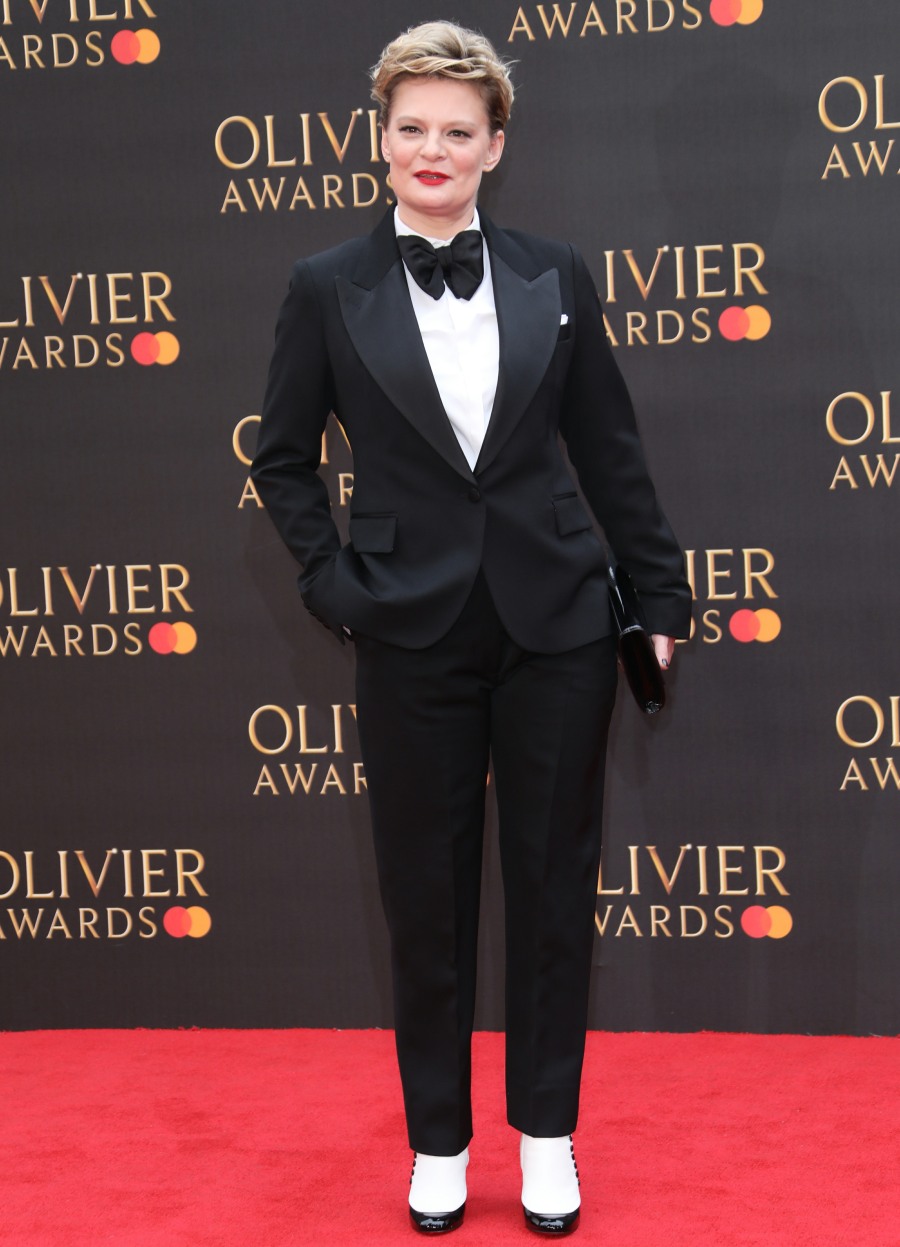 Oh, and the Duchess of Cornwall was there. Camilla enjoys the theater, and she enjoys theater folk. Gorgeous diamond necklace too. 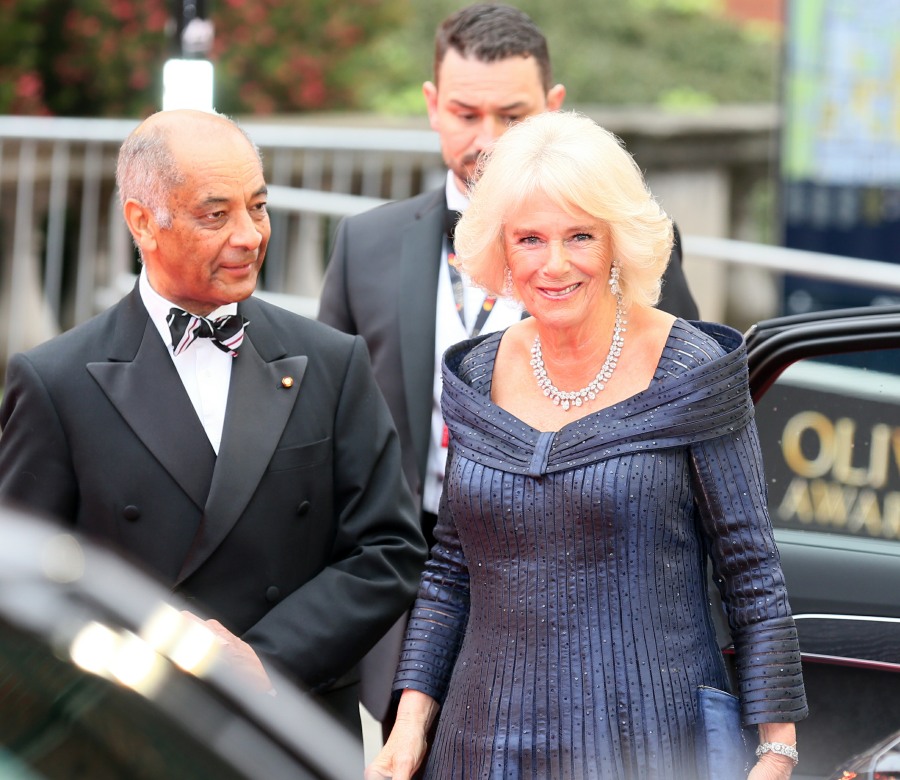