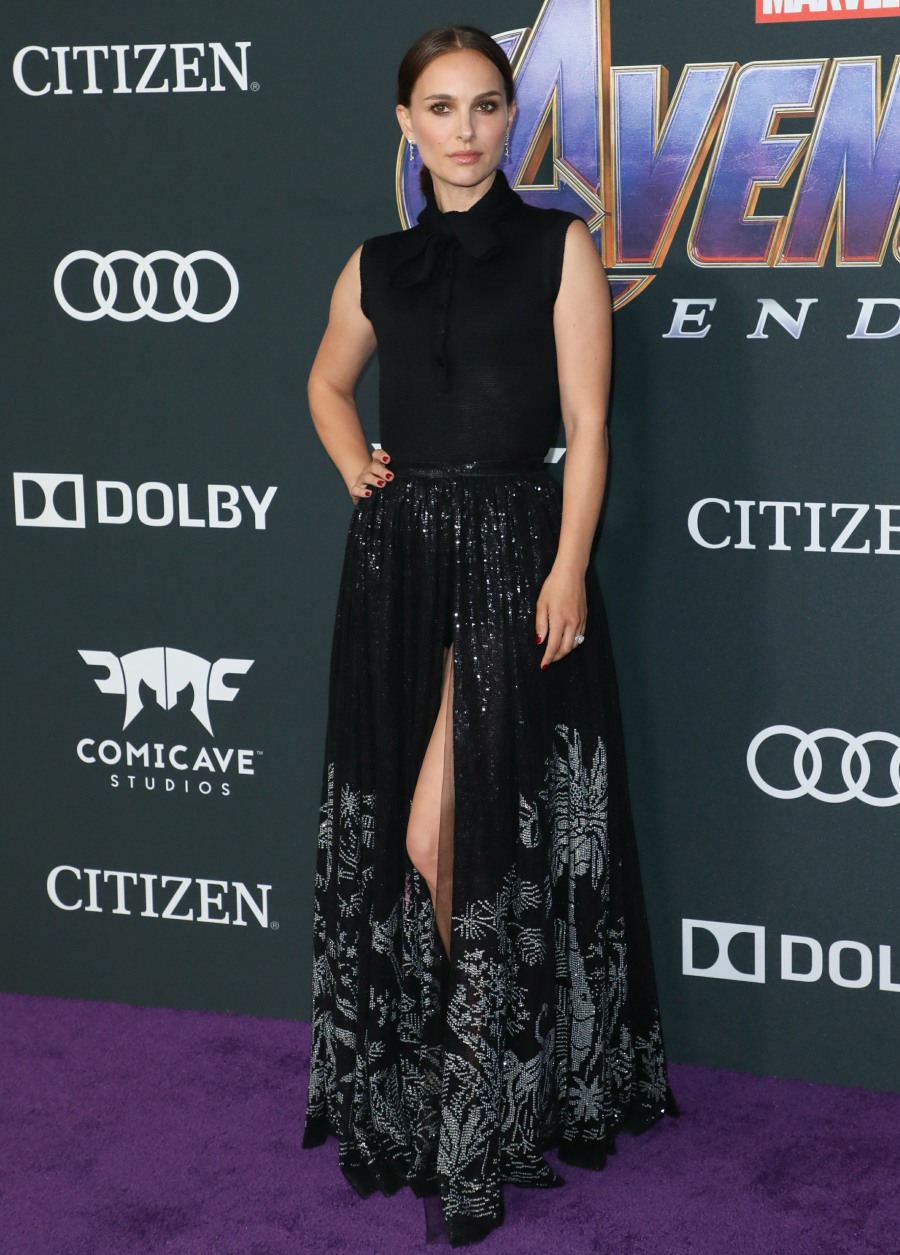 People were shook when Natalie Portman turned up at last night’s LA premiere event for Avengers: Endgame. They were shook because… Portman was basically kicked out of the Thor/Marvel franchise years ago. Thor was given other lady friends and foils and there was some kind of reference to how Thor and Portman’s character had broken up. So why did she come to the premiere? I have no idea. I suspect she isn’t in Endgame, but what do I know? I do know that her Dior ensemble was a mixed bag – the skirt is stunning. The top part is blah. 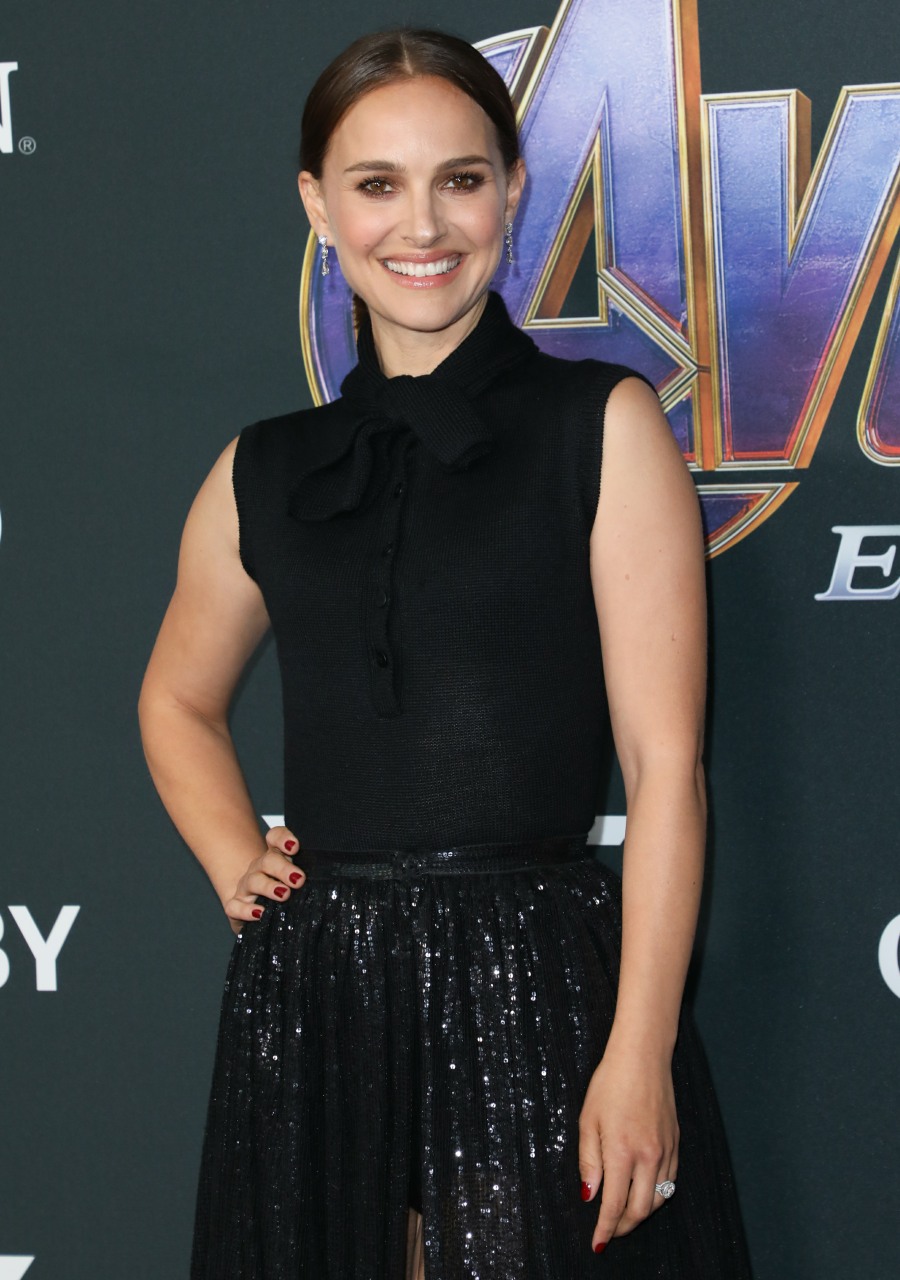 These are maybe the worst pants I’ve ever seen on Chris Hemsworth. Usually, I don’t even notice what he’s wearing, really, but YIKES on this suit. Chris was there with his wife Elsa Pataky, obviously. Elsa was so happy. 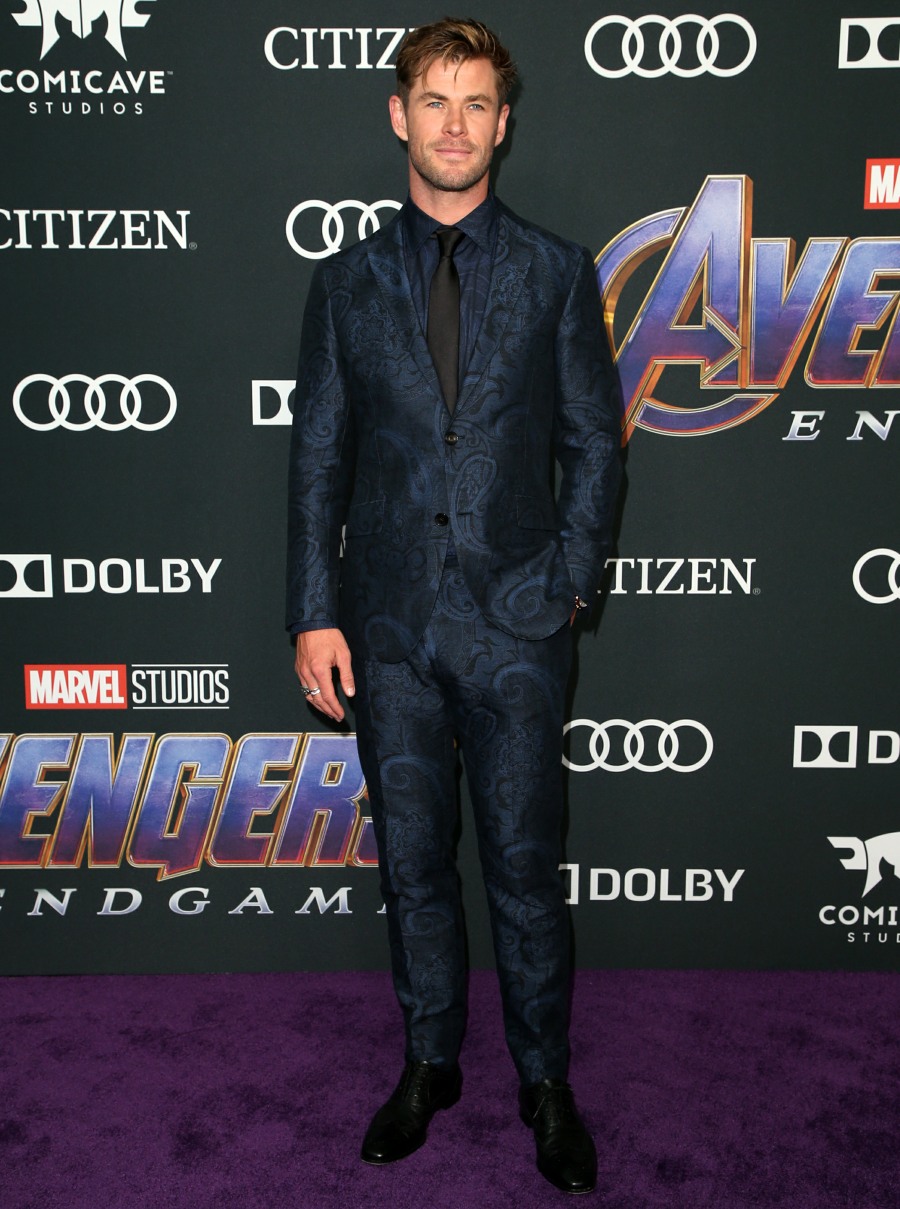 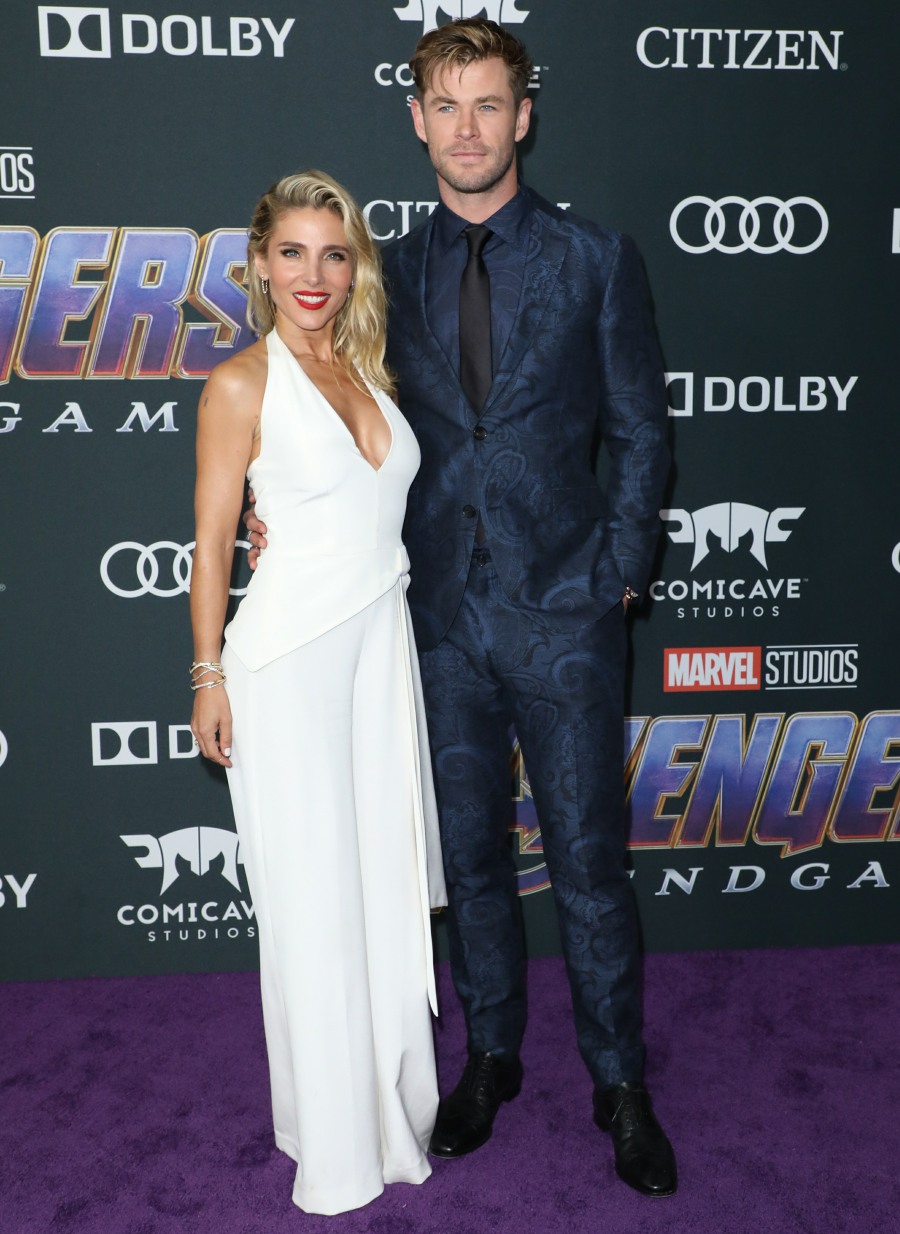 Tessa Thompson in Ronald van der Kemp. This dress would have been a disaster on anyone else, but I love it on her. Delightful and strange. 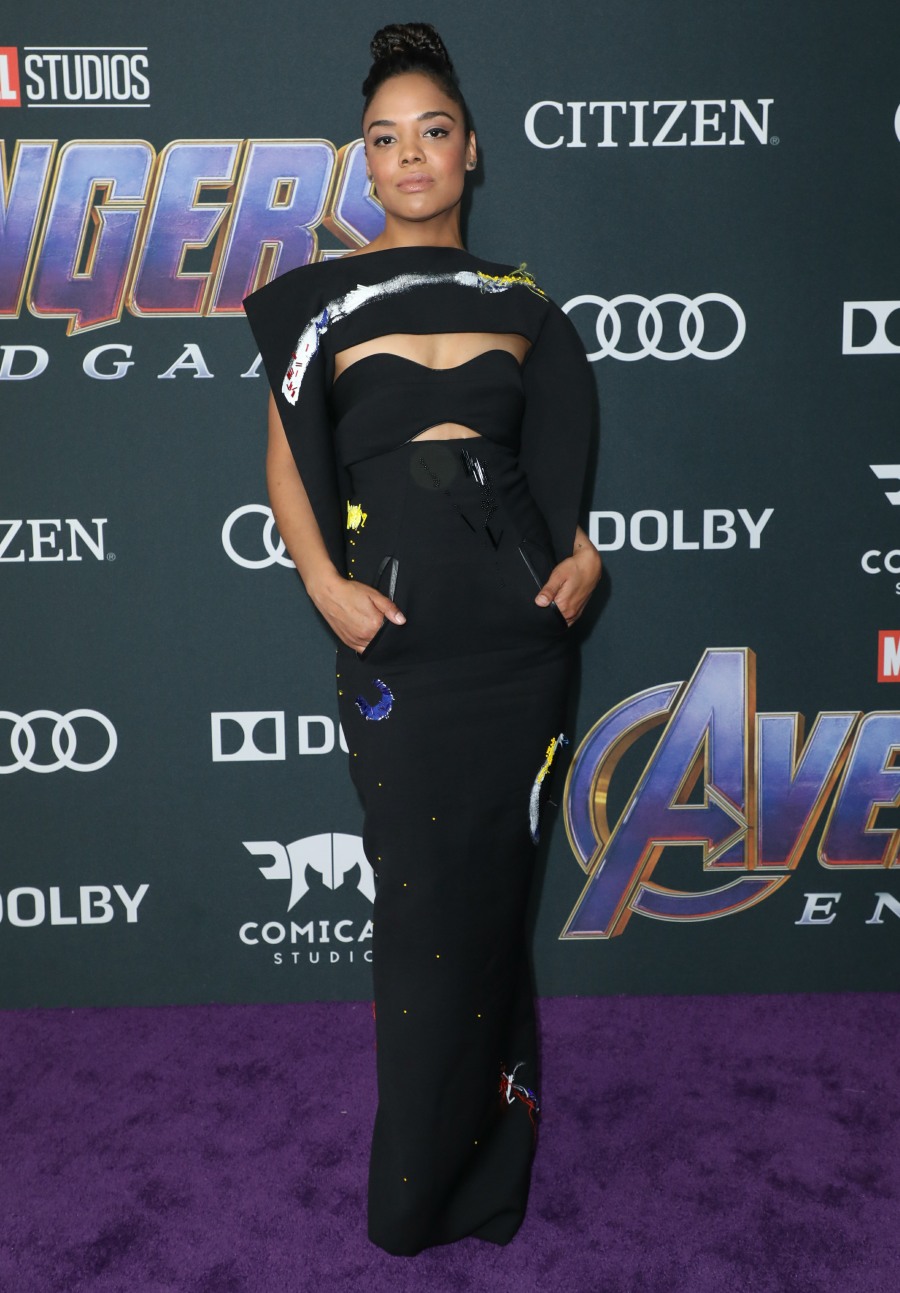 Look what the cat dragged in. Literally, Miley Cyrus looks like something a cat brought into the house. Miley was there to support her brother-in-law Chris Hemsworth, and Liam Hemsworth looked… hot. As always. Miley and Liam both wore Saint Laurent. Look at Miley’s terrible makeup, my lord. 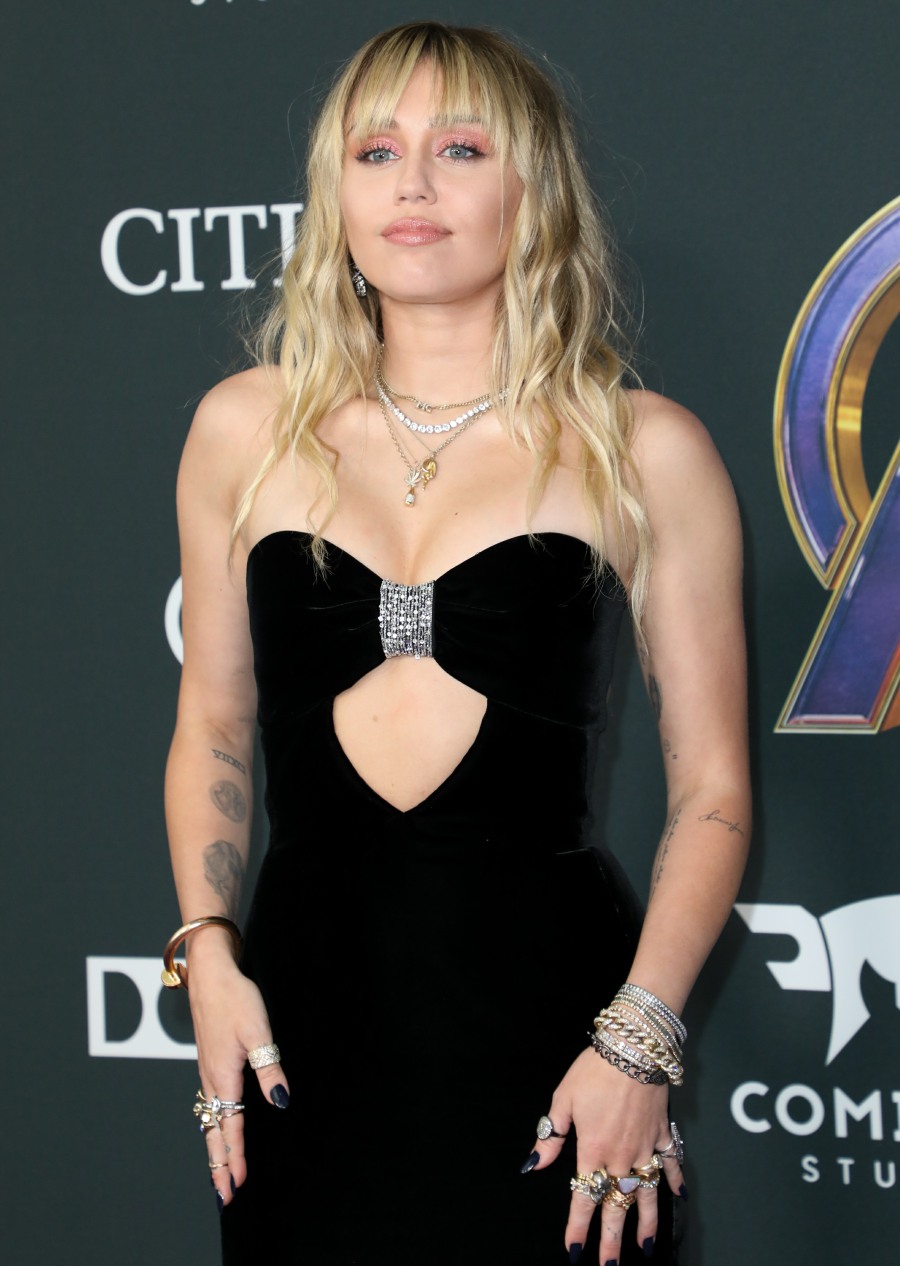 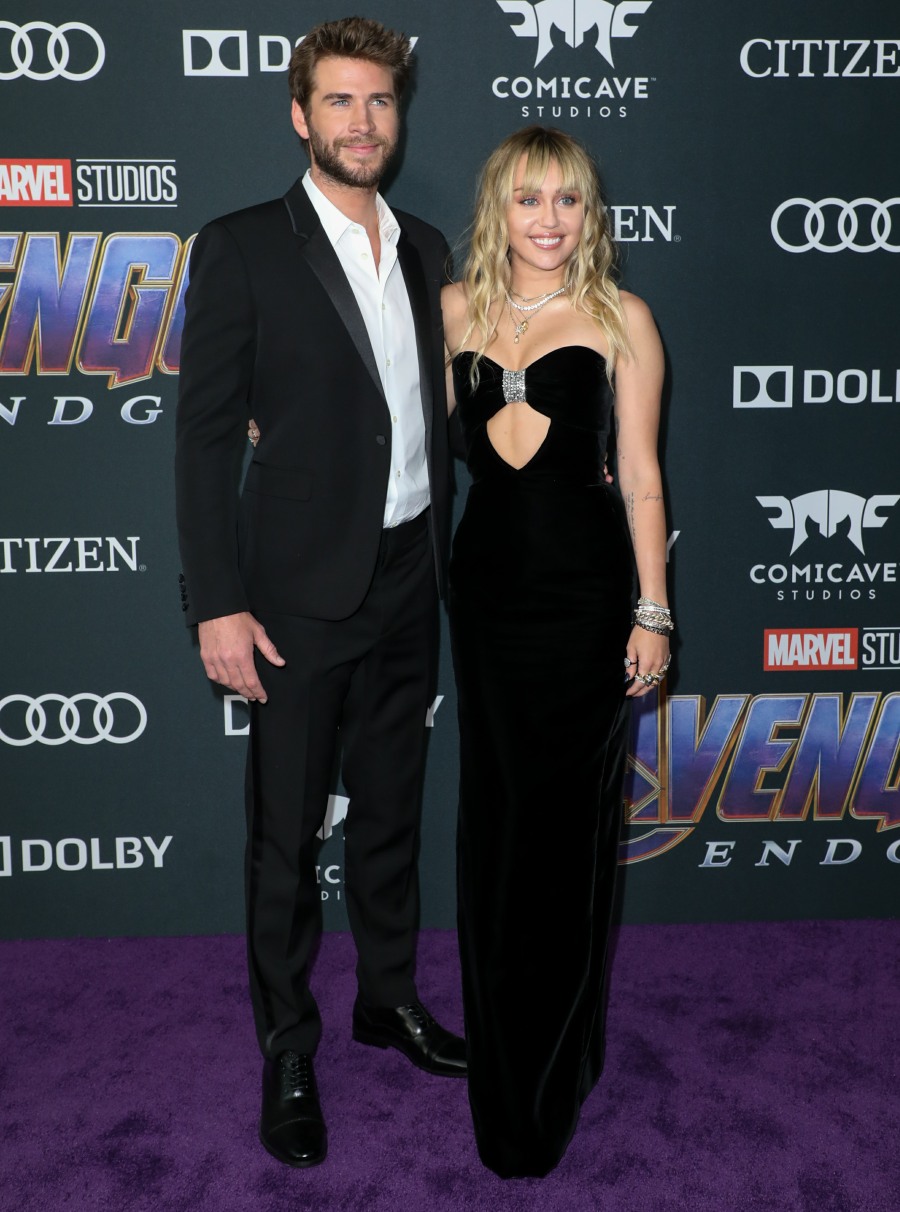 Matt Damon came out to support his friend Chris Hemsworth too. Matt and Luciana and their family basically live down in Australia now and it feels like Chris and Matt are joined at the hip. Remember when John Krasinski and Emily Blunt were joined at the hip with Matt & Lucy? I wonder why they had a couple-breakup. 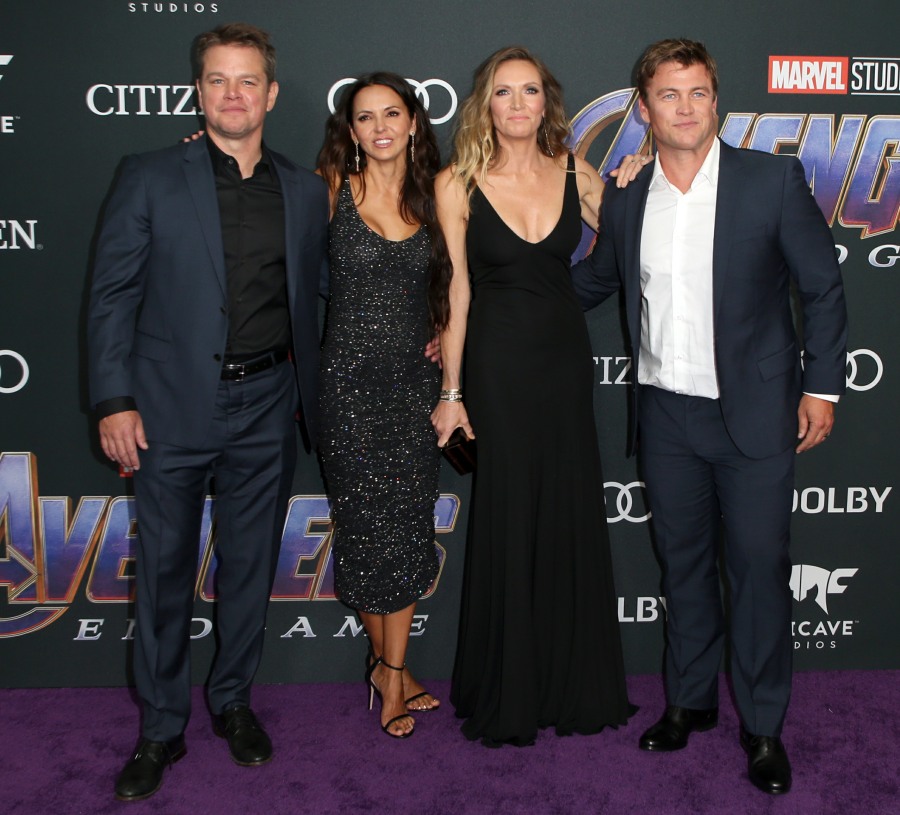 And finally, Chris Pratt and his fiancee Katherine Schwarzenegger. She looked pretty and wholesome. They make so much sense as a couple. 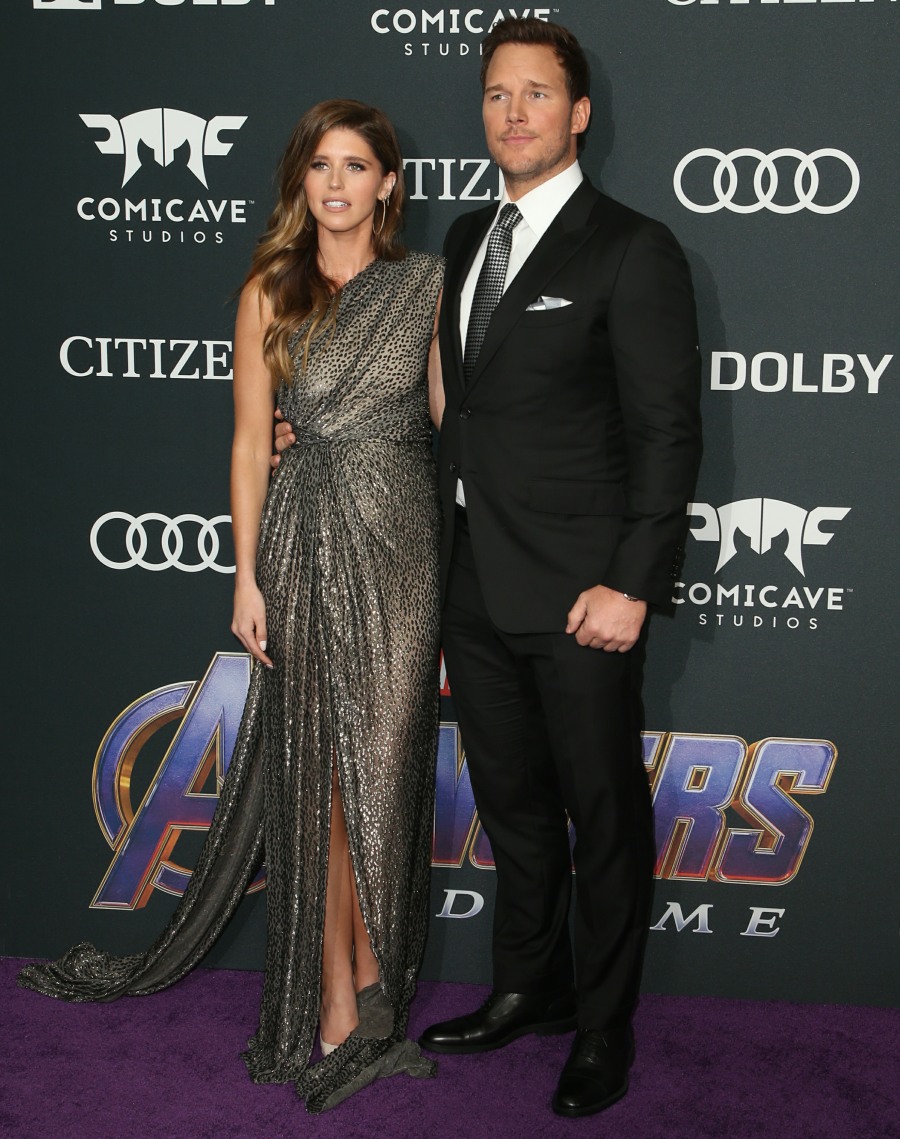 88 Responses to “Natalie Portman looked pretty in Dior at the ‘Avengers: Endgame’ premiere”