Charlize Theron on Seth Rogen: ‘He takes a hit, he gets so smart’ 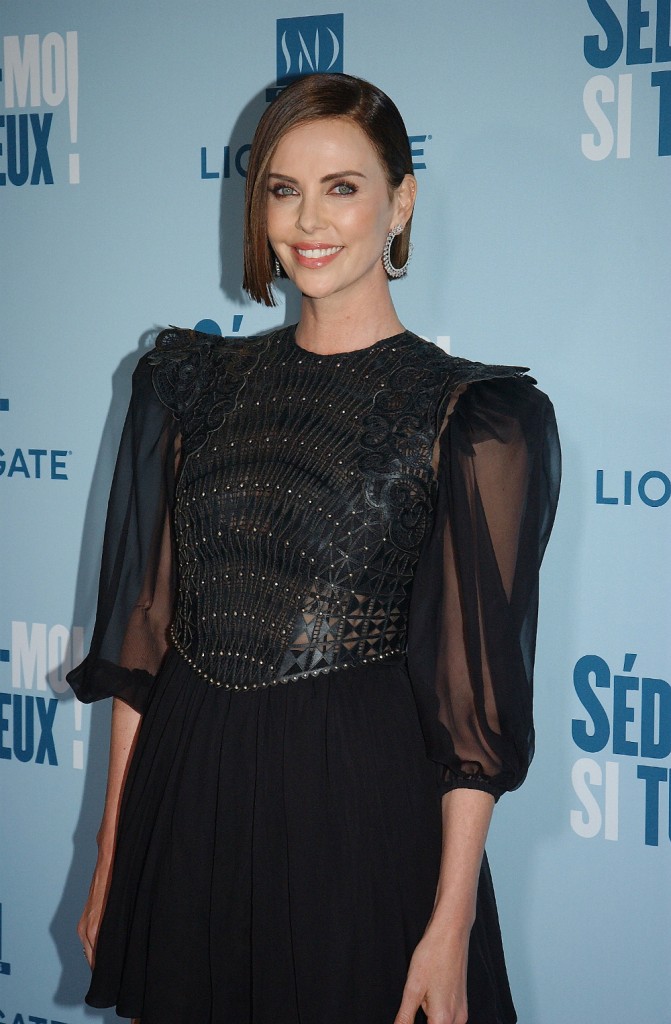 Charlize Theron and Seth Rogen’s new film, Long Shot, comes out tomorrow. It’s a rom com very much in the style of Seth’s comedies but not so much Charlize’s genre. As she told Jimmy Fallow on The Tonight Show, she’s usually in movies where “I get killed or I kill or I’m just a bitch.” So this should be fun to see Charlize branch out. But it begs the question, what made her choose this film for her first rom-com? Charlize said it was Seth’s talent that got her to take the first meeting but it was his getting stoned that convinced her to make his film. Wait, what? According to Charlize (at the 2:30 mark), Seth becomes a super genius when he gets stoned.

What she said about Seth:

What made you want to do this and work with Seth?
You know, honestly, it was him. I’m a huge fan and I really love the movie that he makes. Not only as an actor, but what he writes and produces. I never thought that I would somehow fit in to that world but he sent me this script and there was something about it that felt grounded enough that it felt like it could really work between the two of us.

He comes off as a stoner but he really puts a lot of thought into everything. I know he does that, but he really is a very good producer
Listen, I have never witnessed anything like it. It’s impressive. The first meeting we had, we knew we had to develop the project. And it took about four or five years for us to develop this, and in the first meeting, I was just really impressed by his confidence, his intelligence, how well he knows story. And then he lit a joint and took a hit off it. It was like I was in the presence of… Einstein. It was like off the charts. No, he takes a hit, he gets so smart, he gets so focused, so creative. I mean literally on days I would just follow him and be like, please smoke. Just smoke – please, please smoke. We need a hit. We need this movie to do great.

Obviously, as evidenced by Jimmy’s reaction, Charlize’s description of Seth defies any stereotype of stoners. I’ve never gotten stoned, so I’ll take Charlize’s word for it. Most artists feel that something affects their work, be it weed or booze or a location or a mood. I am slightly fascinated by her description though. I remember his plea to Congress for Alzheimer research, he was focused and smart in that. And since CB told us that he is stoned every day, it’s possible we were seeing a stoned, focused Seth testifying before Congress. Which, I mean, would you want to face Congress sober?

Charlize starting the interview talking about her kids and tells some really cute stories. She is also a goddamn champion of Mom Bragging. Every story she dropped made her children out to be golden and yet, the whole thing came off as a comedy routine. No judgment, I’m in awe. I think I might study her technique. 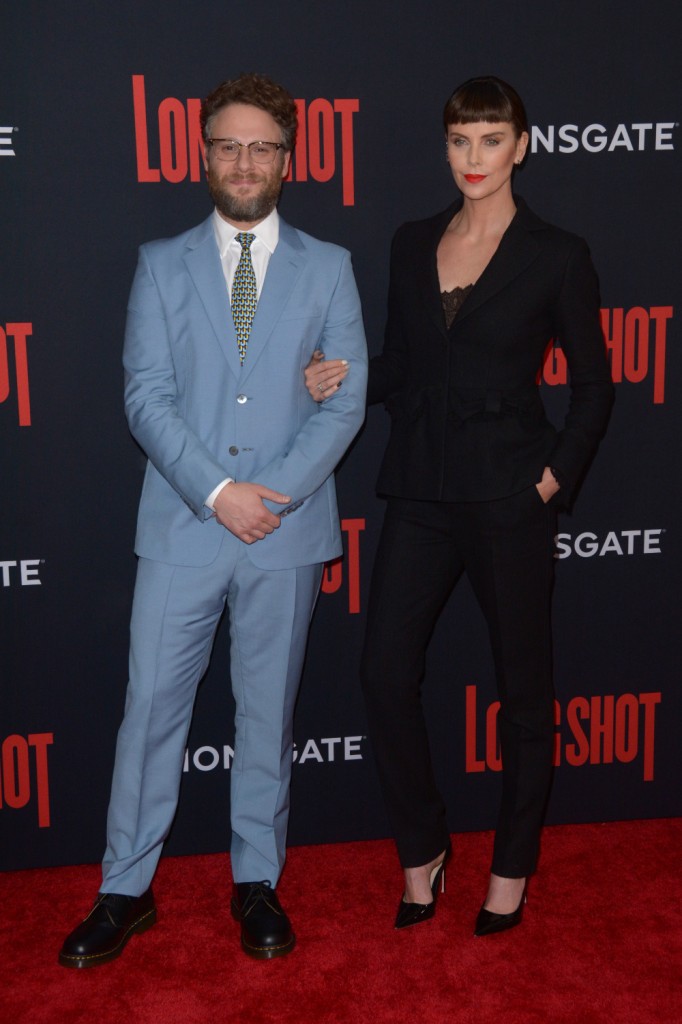 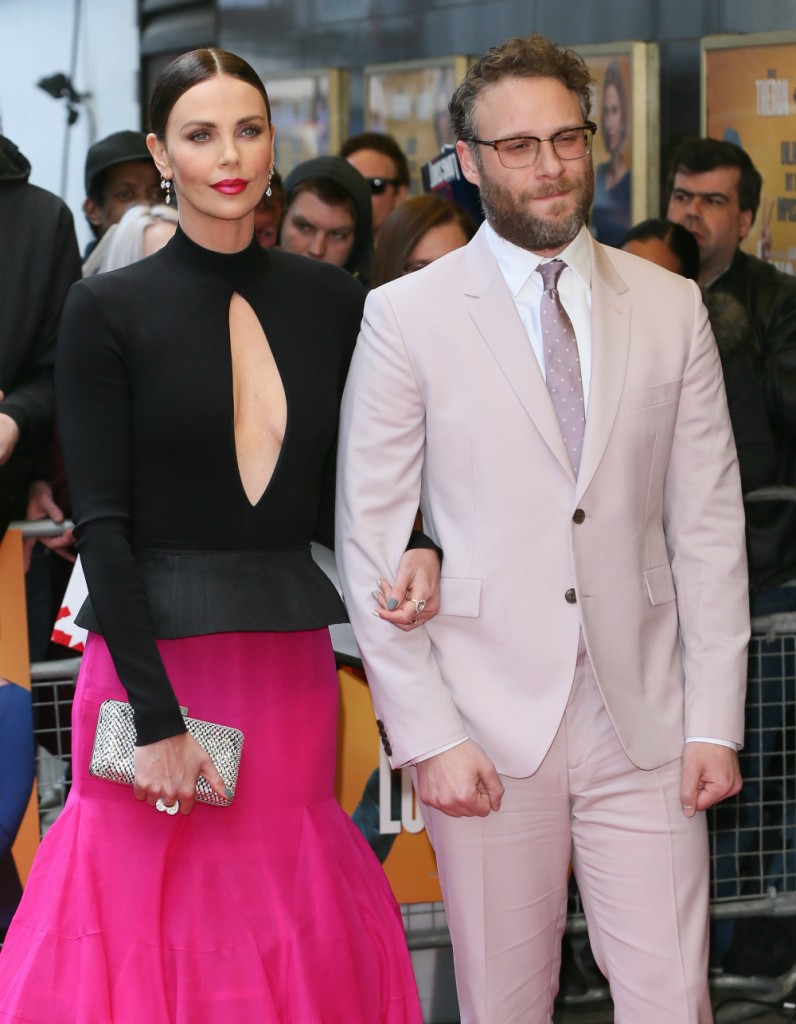 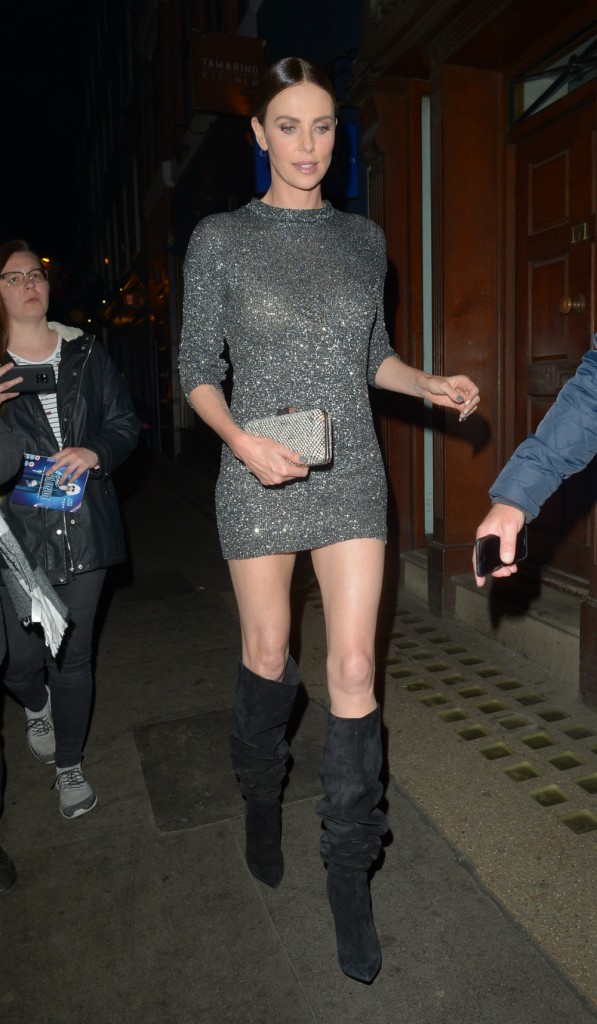 17 Responses to “Charlize Theron on Seth Rogen: ‘He takes a hit, he gets so smart’”