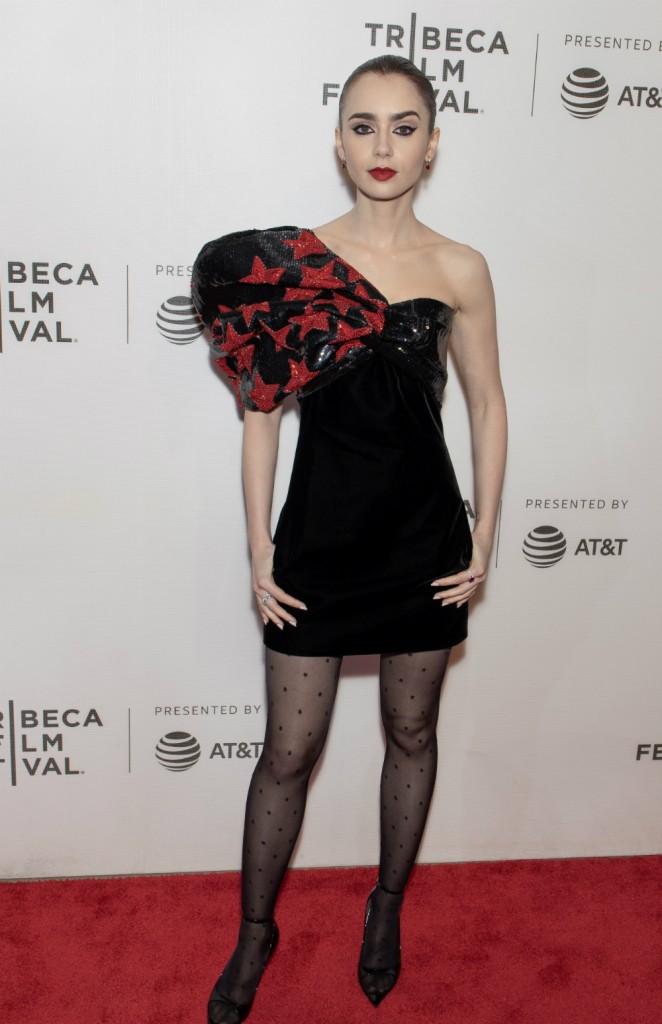 In addition to taking on the role of JRR Tolkien’s wife in Tolkien with Nicholas Hoult, and Fantine in the BBC’s version of Les Miserable, Lily Collins plays Liz Kloepfer, Ted Bundy’s girlfriend, in Netflix’s Extremely Wicked, Shockingly Evil and Vile. Liz was a single mom when she met and fell for Bundy. According to the film, it wasn’t until he sat on death row that Liz was able to fully free herself from his clutches. So how does one prepare for such a role? According to Lily, she had help – in the form of Bundy’s victims’ ghosts who haunted her at 3AM each morning. If you listened to yesterday’s Gossip with Celebitchy podcast, you’ll know that hanging out with ghosts is one of my favorite things to talk about.

Undoubtedly the darkest of her recent projects is Extremely Wicked, Shockingly Evil and Vile, about the serial killer Ted Bundy, who murdered more than 30 girls and women in seven US states in the 1970s. The title comes from the judge’s summation of Bundy’s acts when sentencing him to death. Collins plays Elizabeth Kloepfer, the killer’s long-term girlfriend who is convinced of his innocence, with Zac Efron playing a charismatic and persuasive Bundy.

While preparing for the role, over the Christmas holidays, Collins recounts how she would wake every night at 3.05am. “I would go downstairs and have a cup of tea, trying to figure out why I had woken up again.” Then, she says, “I started being woken up by flashes of images, like the aftermath of a struggle.” She went to the internet to investigate. “I discovered that 3am is the time when the veil between the realms is the thinnest and one can be visited.” She began to believe women who were murdered by Bundy were, perhaps, trying to contact her. “I didn’t feel scared – I felt supported. I felt like people were saying: “We’re here listening. We’re here to support. Thank you for telling the story.”

Collins tells me all of this in a completely matter-of-fact manner, as if receiving messages from long-dead murder victims were a perfectly normal part of preparing for a film.

[The Guardian by way of DListed]

I’ve actually heard mention about a boundary between this world and the afterlife being thinner at certain times. I didn’t know it was a daily thing, though. I imagined it was something that happened at certain times of the year or after major events like earthquakes and floods or when failed TV stars get elected to the White House. What does one offer to a spirit at 3AM? Coffee and donuts seems trite, but it’s just too early for scotch. I’d love to know if Lily believed in ghosts before they started supporting her career or after.

I had to leave the jokes up there because although The Guardian’s interview with Lily is actually pretty good, her comments about Bundy’s victims didn’t sit that well with me. I watched Extremely Wicked over the weekend and was impressed with Efron’s performance. Lily was good in her role as well. I was aware of Bundy through my parents during his trials and execution and researched his crimes later for a script. When the movie begins, the authorities are already looking at Bundy as a perpetrator. The angle the story took was how people reacted to Bundy, whether they were swayed by his charisma or infuriated by the fact he had that effect on others. The horror of his crimes is conveyed with little to no visuals and even though they are prevalent in the story, they are not sensationalized for the sake of entertainment. Although Lily’s perception of Bundy’s victims reaching out to her to thank her is a pleasant one, it walks the edge of exploitative. I very much want Bundy’s victims to have peace, I’m just not sure an early-morning Lily is the one to give it to them.

Thank you to DListed for making us aware of this interview! 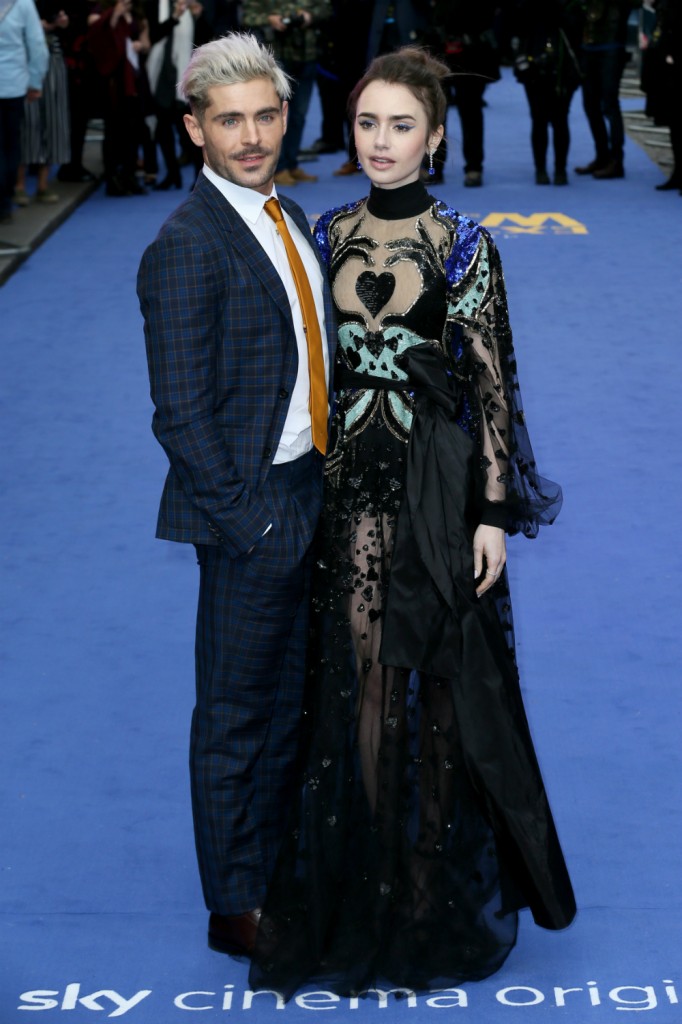 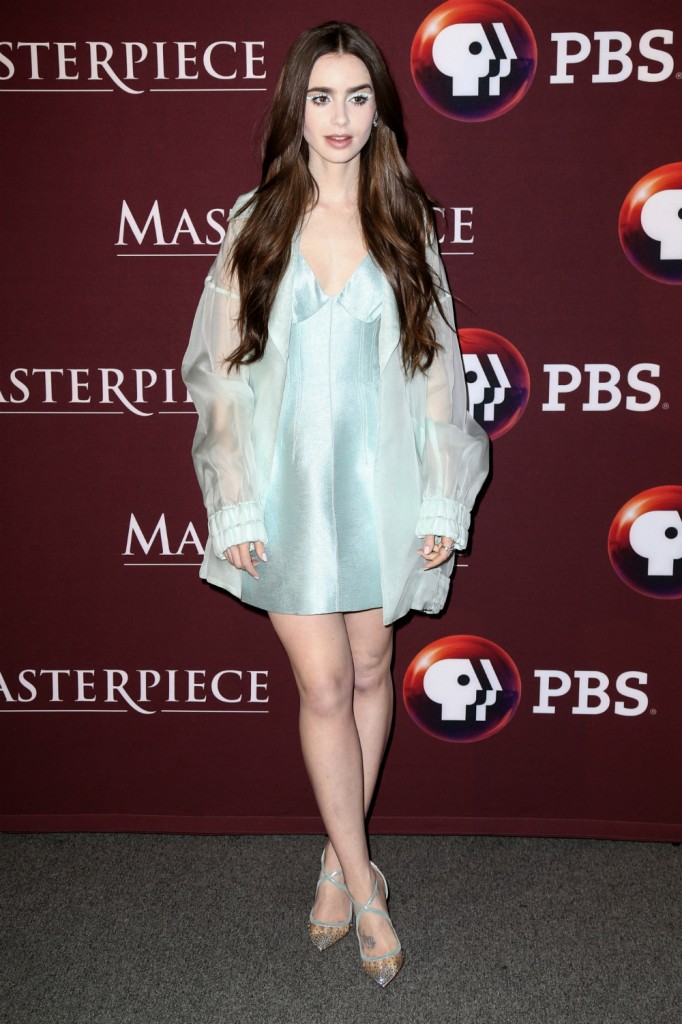 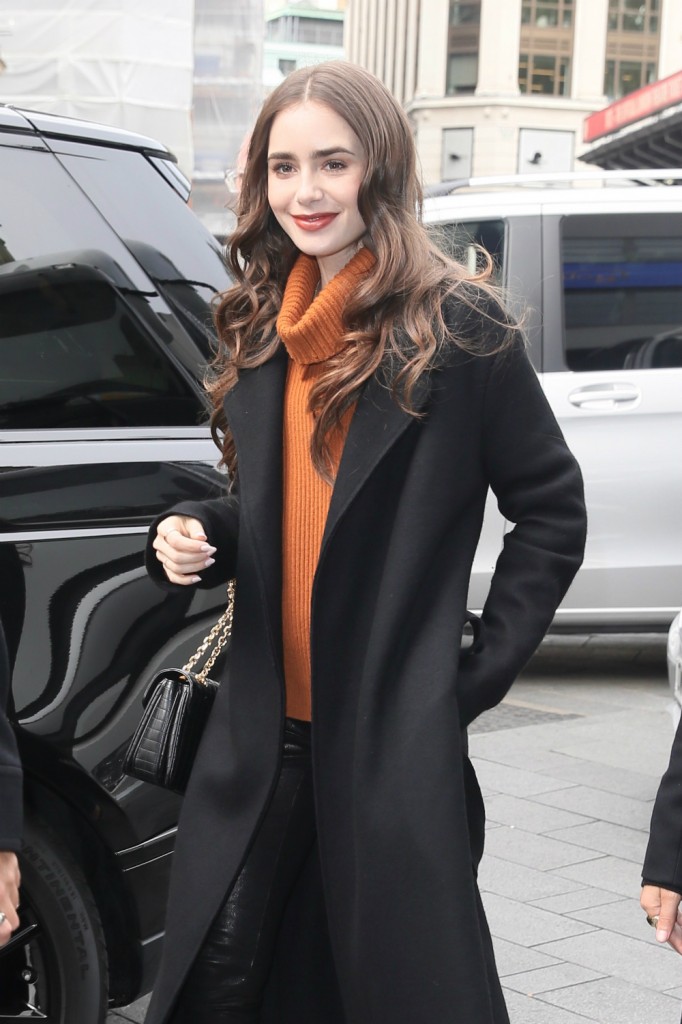