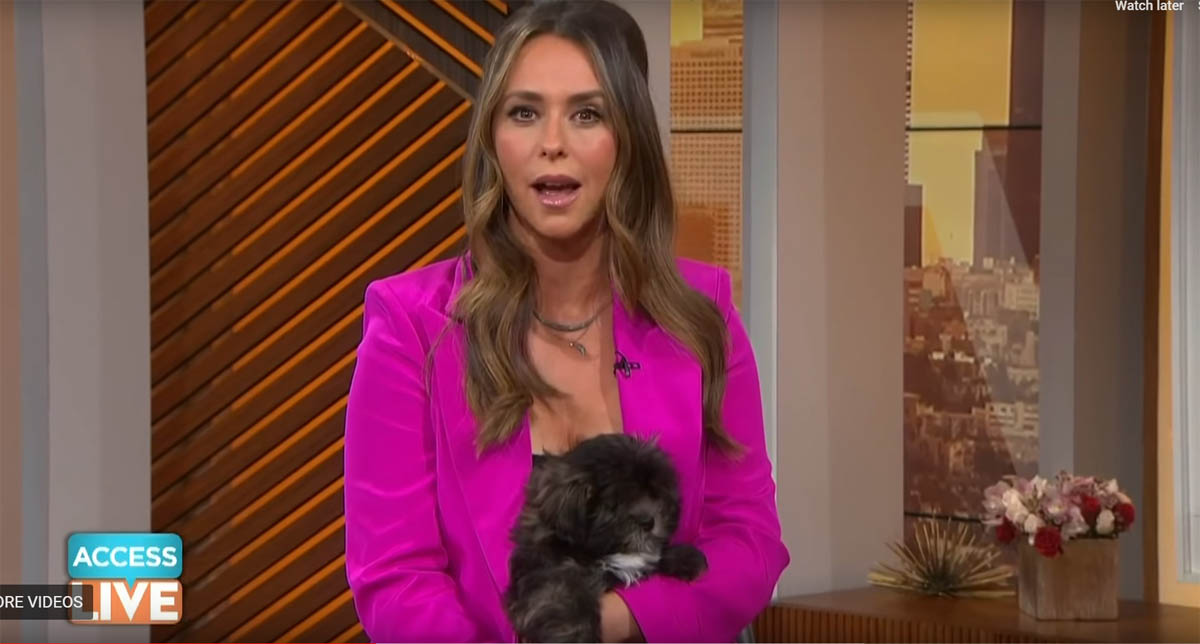 I’ve only seen the pilot episode of 9-1-1 on Fox, now ending its second season and coming back for a third, but I know a lot of people enjoy it. I like reading the recaps on my favorite TV and movie review site, Pajiba. It’s also nice to see Jennifer Love Hewitt back on screen after she took a break to have children. I have a lot of affection for her, having watched her make some bad choices in men. She ended up marrying actor Brian Hallisay, whom she met on the set of her TV movie The Client List. I just learned that Brian plays the abusive husband of Jennifer’s character on 9-1-1!

Jennifer was on Access Live and they all had puppies with them for some reason so I had to watch that clip. They asked her if she’d ever called 911 and she had once, when a raccoon got into her house. She also talked about taking time off to raise her kids, she has a five year-old daughter and a three and a half year-old son, whom she called “beautiful and crazy and smart and wonderful.” She’s so sweet and I missed her!

Have you ever had to call 9-1-1
I thought that someone had broken into my house in the middle of the night. I called 9-1-1. This woman was wonderful. She had me hide in the closet and stay on the line. There was a helicopter that came. It was a racoom who had broken into a little section it had been gnawing on. I heard footsteps running around downstairs. It was very scary and it ended up being a raccoon.

You’re a big star, do you worry when you call 9-1-1?
That’s why they called the helicopters. At the end [the operator] was like ‘I’m so glad you’re ok and I love Ghost Whisperer.’

You [took time off] with your babies. What was that like?
It was heaven. I lost my mom suddenly and fell in love and got pregnant. There was just a lot going on for me. I just needed it. It was beautiful. It really meant a lot to me that my team supported me and fans let me come back two and a half years later.

They also had a video message for J.Love from Scott Wolf, who costarred with her on Party of Five, and it was really cute. He looks so good with salt and pepper hair now. At the end of the interview they showed her with confetti and gave her flowers and balloons for Mother’s Day. It was the best.

This reminds me of the story of the lady who called 9-1-1 on her roomba, which ended up with police raiding her house. That’s got to be so embarrassing, but better safe than sorry, especially when you’re Jennifer Love Hewitt! Celebrities have stalkers and obsessed fans.

The first apartment I lived in alone was a first floor studio in a big city. It had a tiny kitchenette, a loft bed and a little bathroom with just a standup shower. The fire escape went right up to my window. One night at about 1 I heard a knock at the window and called 9-1-1. The operator was so nice and helpful, just like J-Love’s was. I didn’t open the blinds as I was too scared but then they rang the bell and it ended up being two friends visiting. I was so pissed off at them. Just ring the doorbell like a normal person. (We didn’t have cellphones at that time. I had a cordless phone and sometimes I would call my best friend to listen in on my neighbors on their cordless phones.) That’s the only time I’ve ever called 9-1-1. I’ve called the police department to report other things, like a woman giving a BJ to a driver in the passing lane and someone trying to get into my house when I wasn’t there, but *knock wood* I haven’t had to call 9-1-1.

I’m going to watch this show now, it sounds fun and I want to see J-Love on television again.

Tonight my heart is so full. I am so proud of my husbands performance. I am so proud that I get to be in this show and I am so proud of Maddie. Thank you for going with us on this journey. The trust, love, raw emotion, guts and heart that this took as a cast and crew I can’t describe. This for you guys. The viewers, the survivors and the ones still fighting. Never stop fighting. Thank you all for the support and beautiful words today. #911 @911onfox @oliverstarkk @nicoleburkead @jihanembalaa @ipaintfaces1 @ryanaguzman @mrrpmurphy 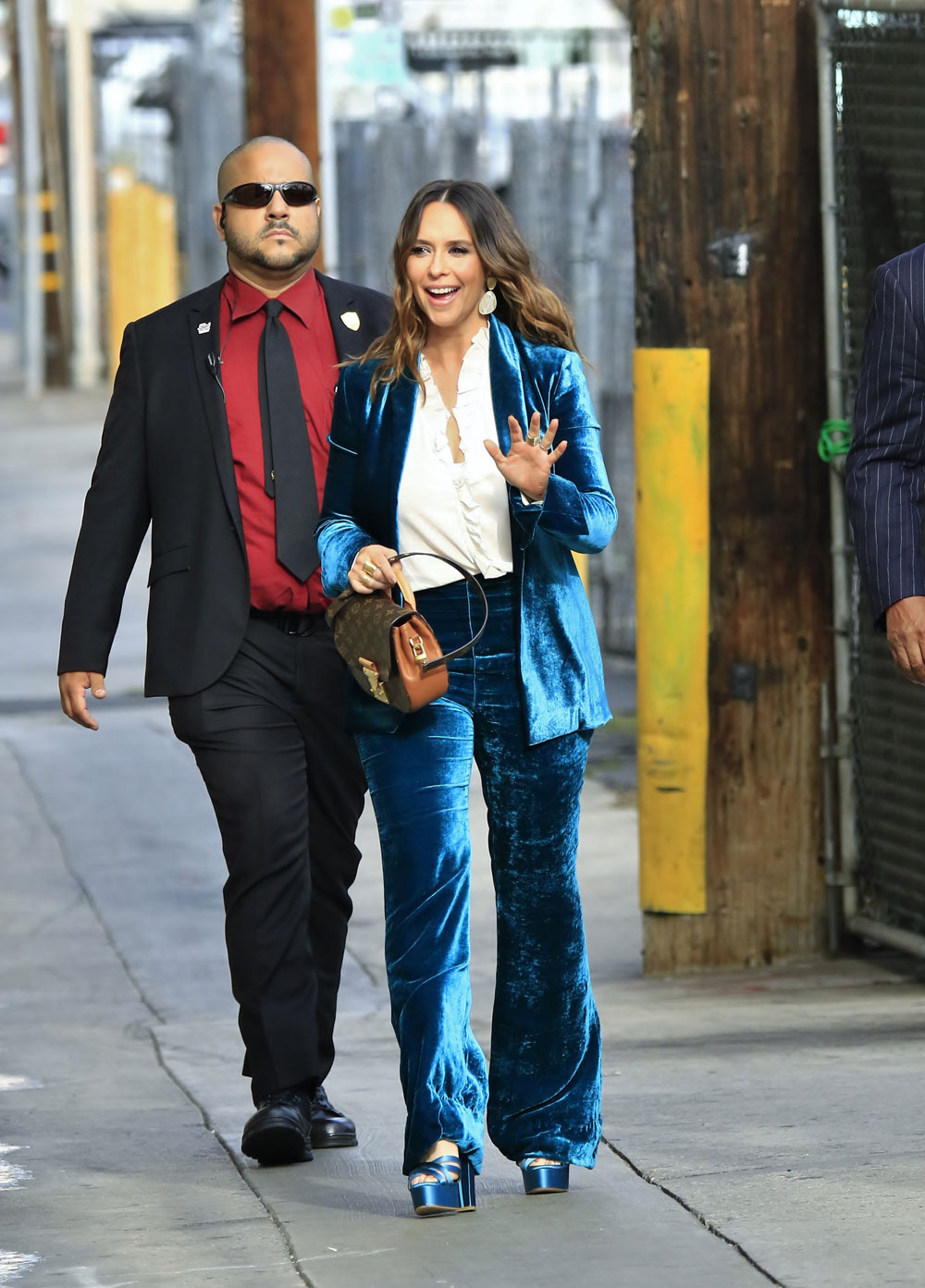 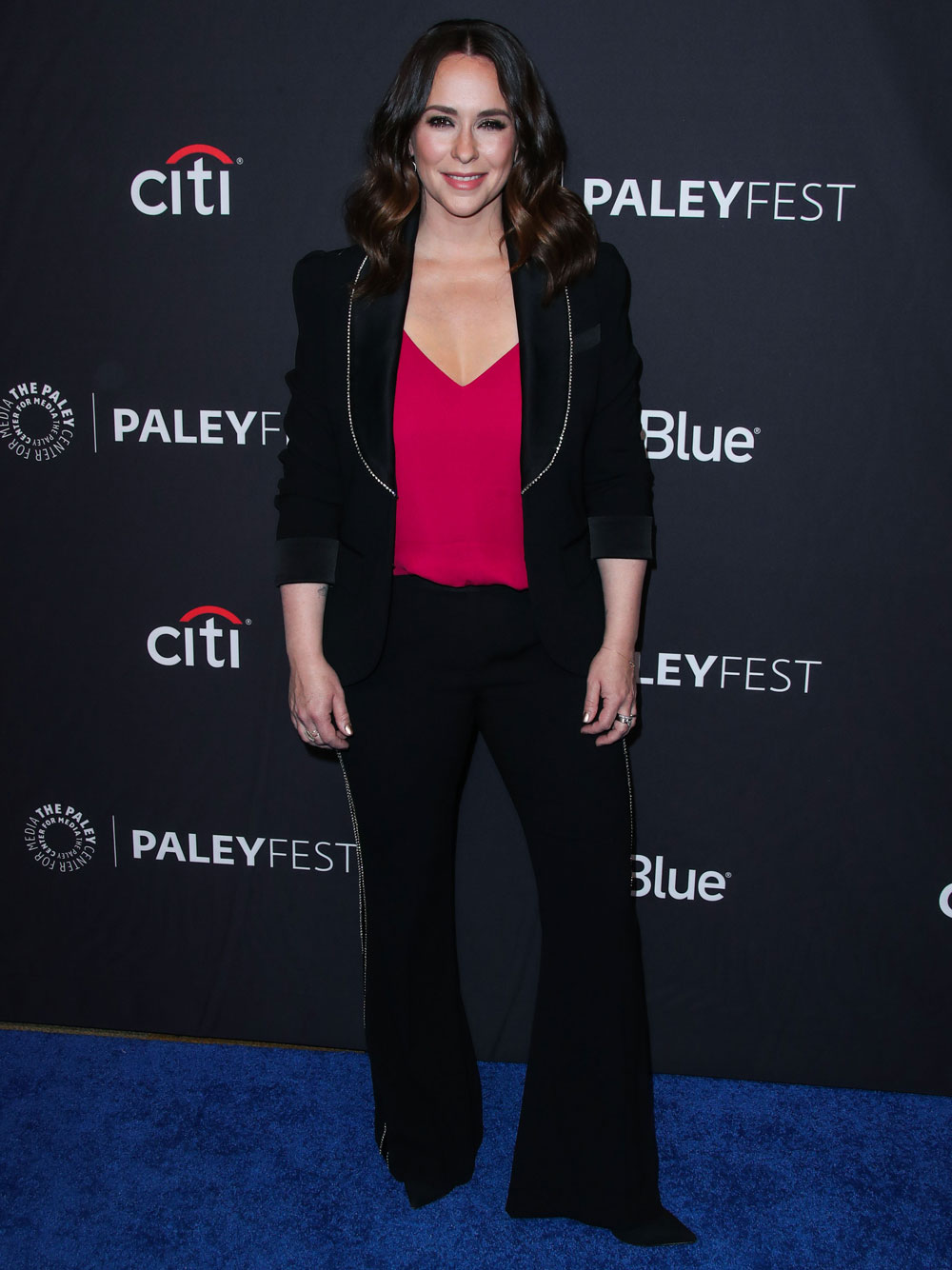