Leslie Mann had a work crush on Brendan Fraser, thought she would marry him 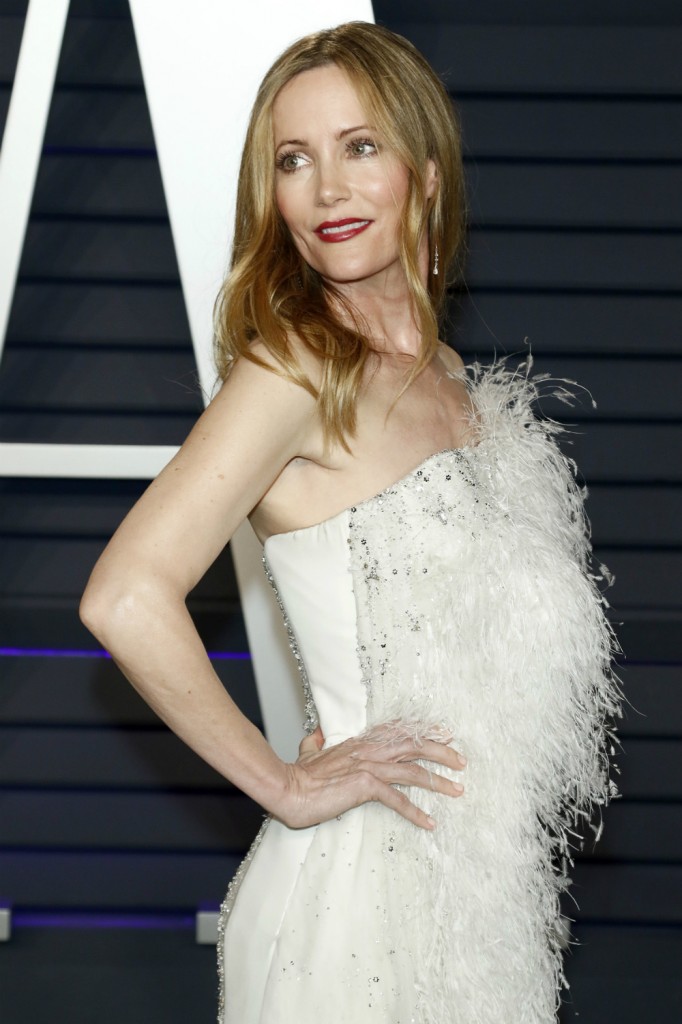 Leslie Mann appeared on the penultimate episode of Busy Tonight (#SaveBusyTonight!). I adore Leslie. I actually like Judd Aptow a little more because of Leslie. In 1997 (the same year she married Judd) she starred in George of the Jungle opposite Brendan Fraser. Busy got Leslie to admit she had a crush on Brendan while making that film. It wasn’t too much of a reveal, who didn’t have a crush on Brendan in that film? Who doesn’t have a crush on him now? But Leslie admitted to far more than a crush, she told Busy thought she was in love with him and wanted to marry him.

You had a crush back in the day?
Yeah. Brendan Fraser.

And you were on George of the Jungle? But you thought maybe…
I would marry George… Brendan. Because he was just delightful. In the movie I am supposed to fall in love with him and I just fell in love with him in real life. And I was like, “Judd, I love Brendan.”

“Yeah, but really, I think I love him.” And I started getting really weird around him. At work. You know, because he was like naked all day long. In the loin cloth.

Busy asked Leslie if she ever told Brendan about her crush and Leslie didn’t answer that, but she did tell a story about him kissing her hello right after she’d taken a big bite of oatmeal. She said she had oatmeal all over her lips and Brendan never kissed her hello after that (it was their consensual daily greeting, btw). So Busy wondered out loud if Brendan remembered that and then she brought Brendan out to ask him! It was adorable. Brendan brought a huge bouquet of peonies because Leslie loves them (I love peonies, too, Brendan. In case you ever want to show up on my couch). Brendan was dapper, Leslie was thrilled and Busy was pleased at pullingthe whole thing off. Apparently Busy got Judd’s okay prior to the surprise and he was totally on board with it. They had a sweet chat, Leslie was making moony eyes at Brendan and he complimented her repeatedly. But the best part is that he gave her his loincloth from George! I guess Leslie had named it “The Butt Flap” and he framed it and gave to her. The whole exchange is just good ol’ feel-good TV.

Here is the clip of Brendan surprising Leslie. I should warn you, at the end of the segment, Busy thanks Leslie and Brendan and sings her signature sign off song. She’s quite emotional and cries throughout and at the very end, when she looks in the camera and earnestly says, “Goodnight, you guys I love you,” it hits you in the chest. It’s obvious Busy puts so much heart into this show. I wish I could save it for her, I hope she finds a new home. 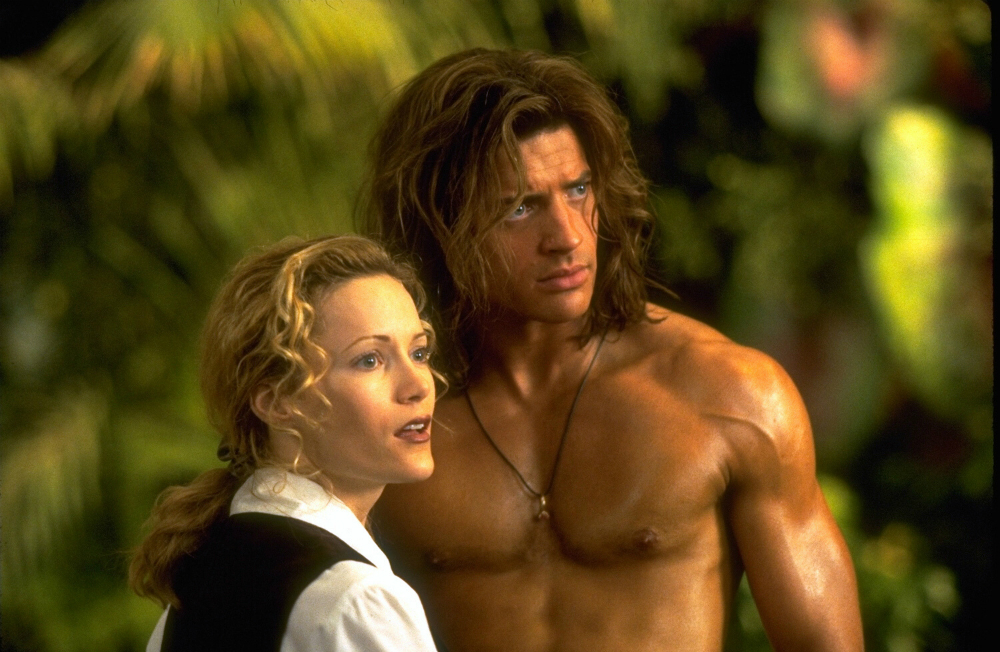 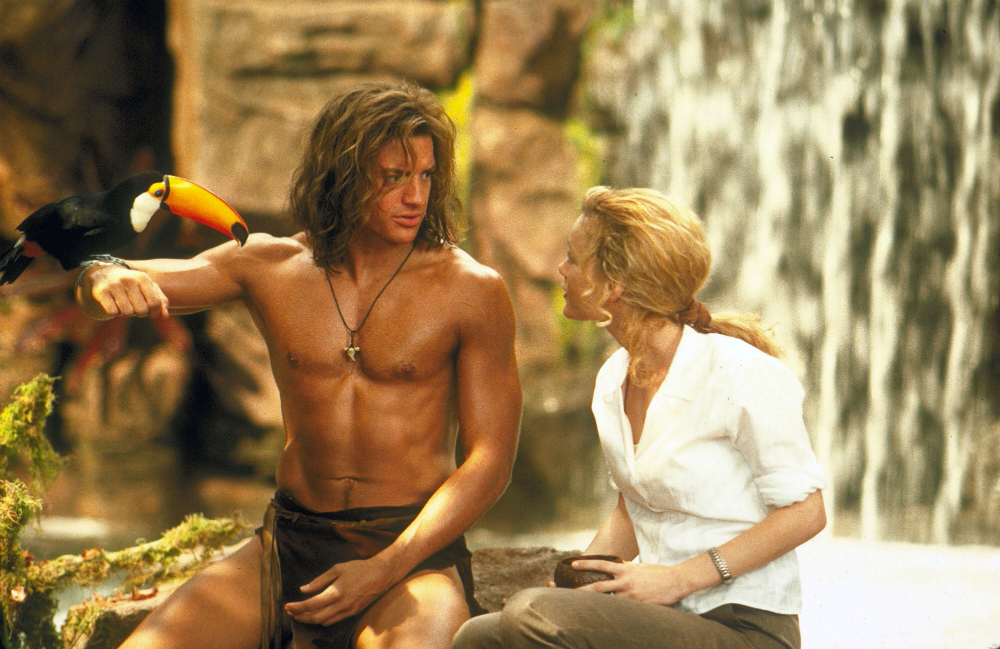 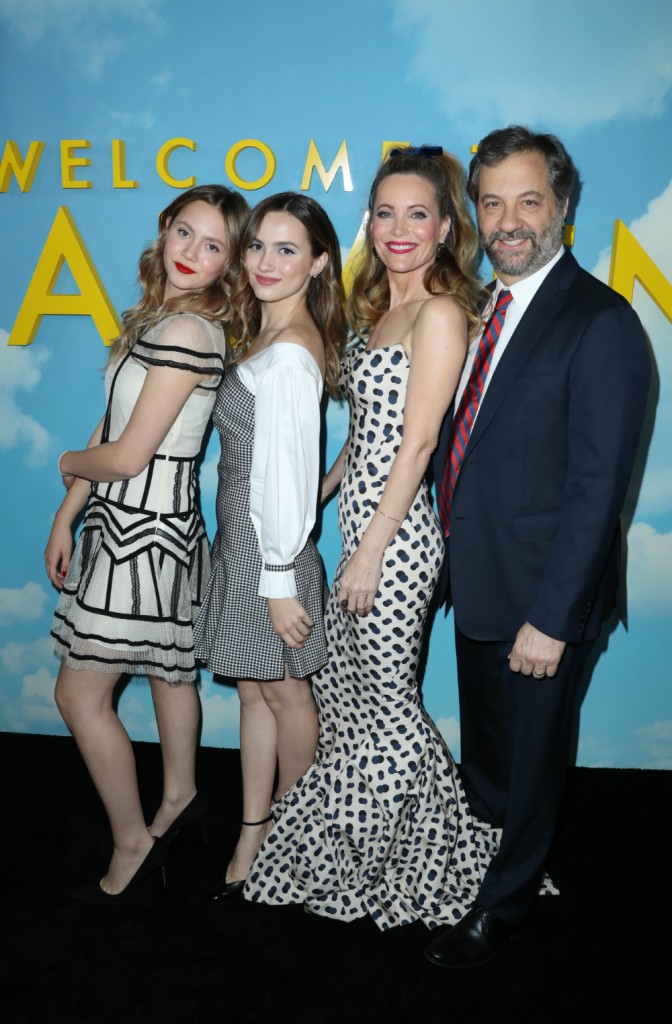 43 Responses to “Leslie Mann had a work crush on Brendan Fraser, thought she would marry him”