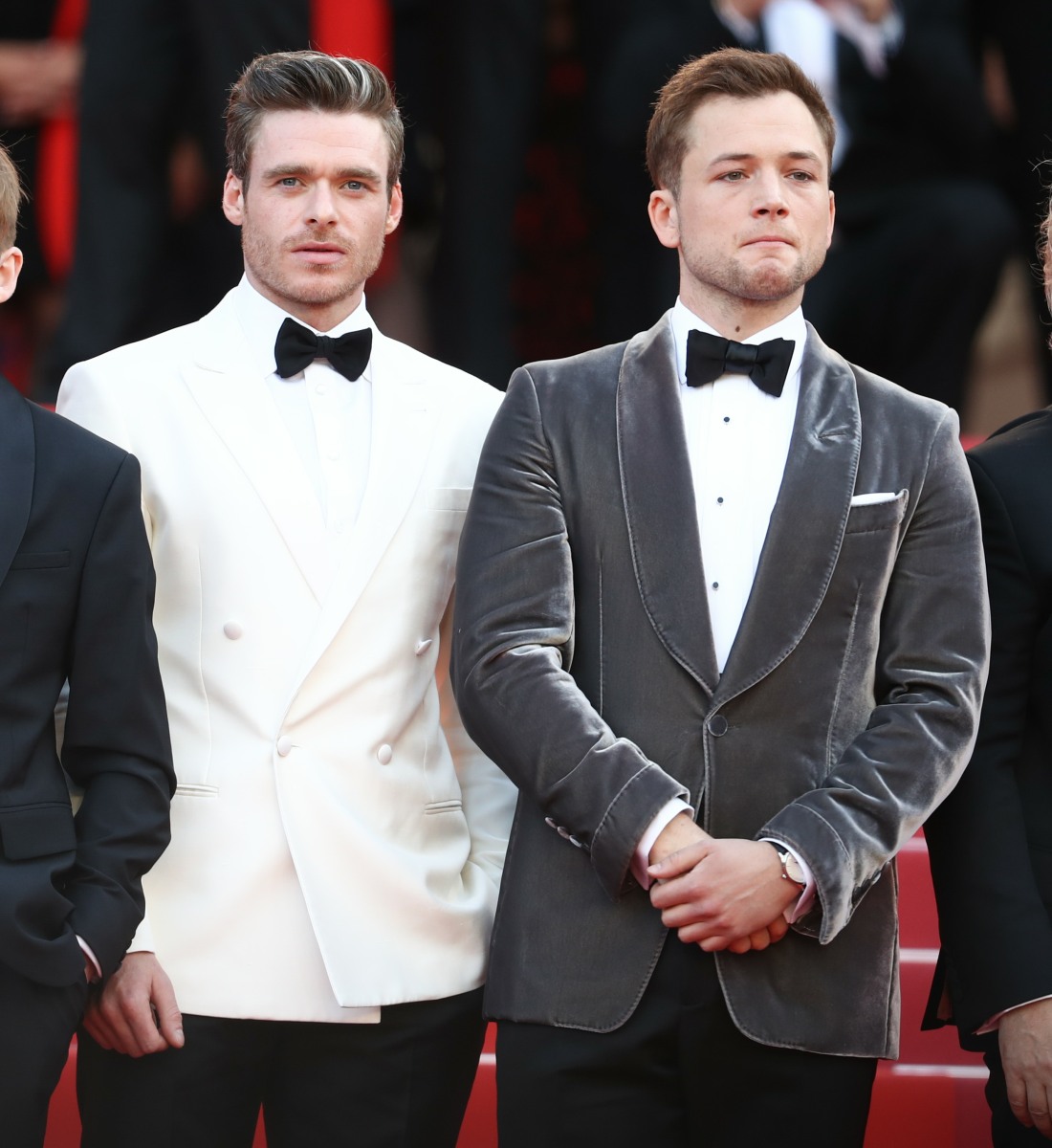 I don’t have much to say here other than “enjoy these pretty photos of Taron Egerton and Richard Madden.” Thursday was devoted to the photocall and premiere for Rocketman at the Cannes Film Festival. Rocketman is the authorized bio-pic of Elton John, with a focus on his childhood, early fame and his 1970s drug and alcohol abuse. Taron plays the young Elton, and Elton and David Furnish were on hand during the filming of Rocketman, and they produced the film as well. They were happy to come out for the Cannes premiere too. Once you see Taron and Elton stand side-by-side, you really get it. Taron absolutely looks like a young Elton.

Can we also give David and Elton some props? They totally had a hand in casting decisions and not only is Taron a great choice for Elton, the choice of Richard Madden for one of Elton’s manager and lover John Reid is just… a good choice. 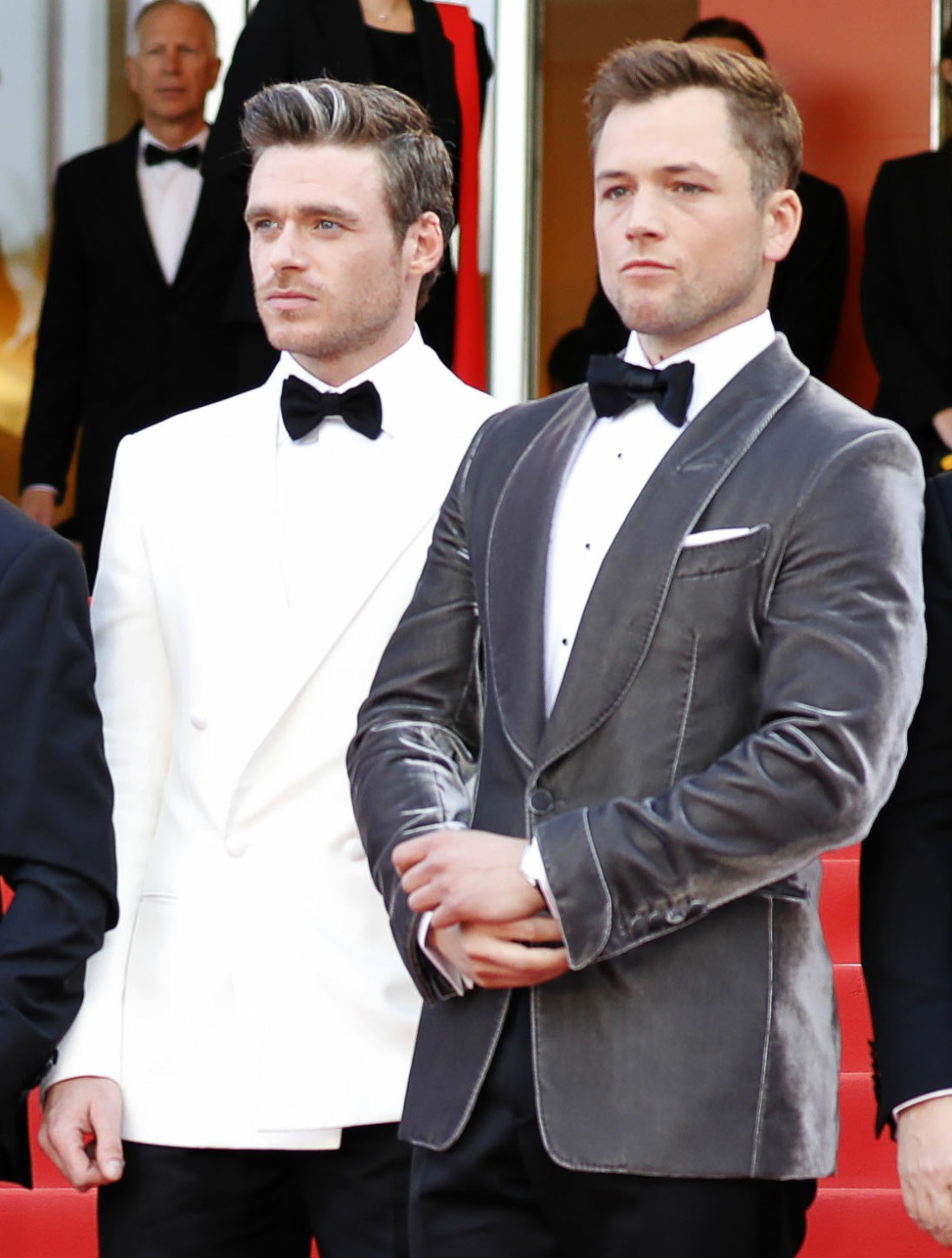 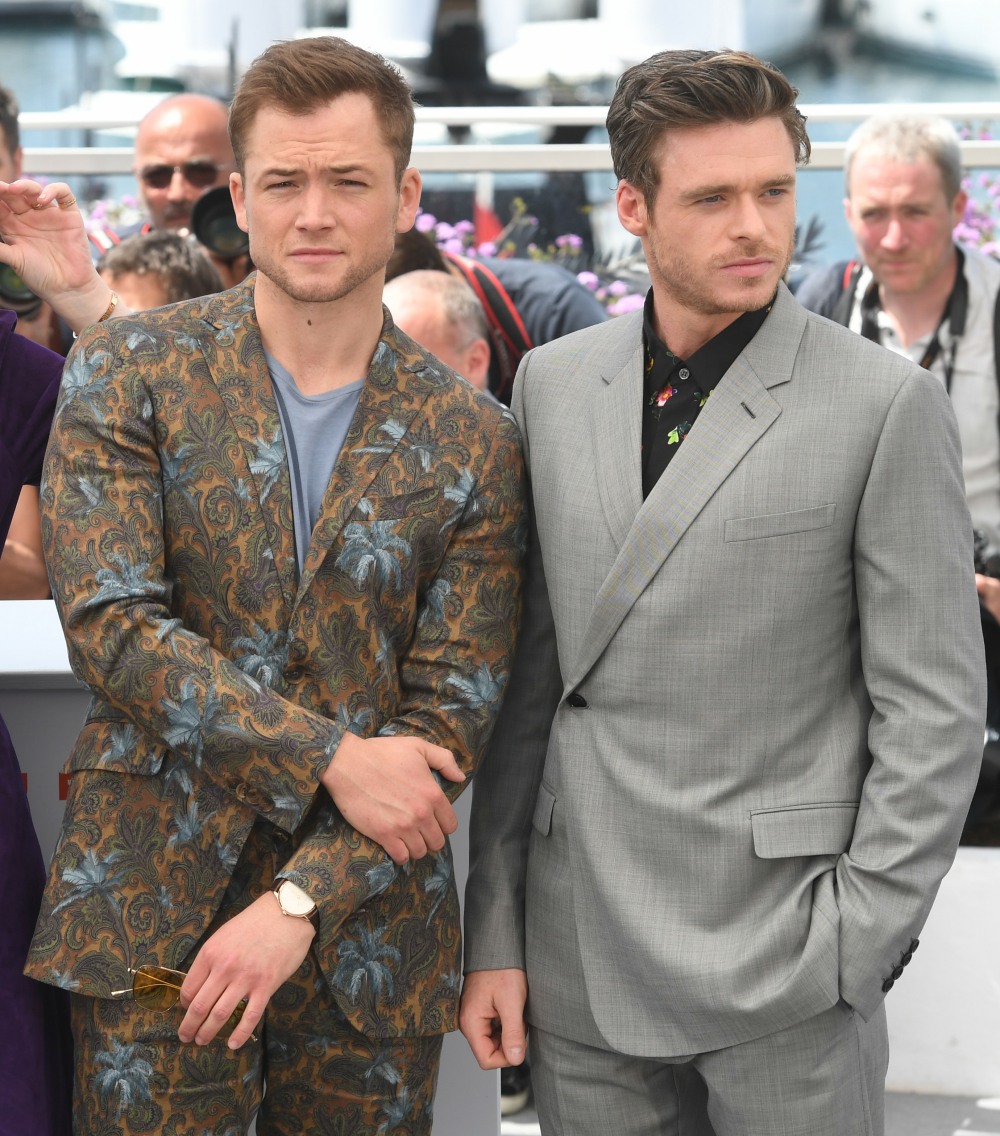 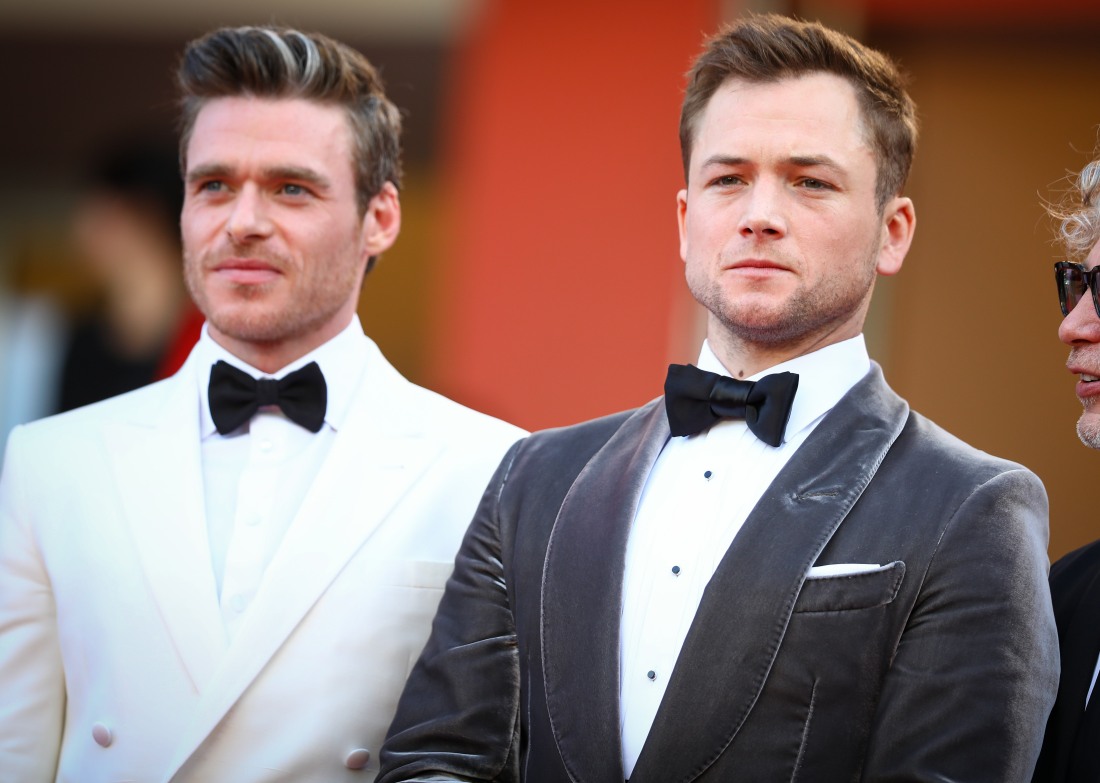 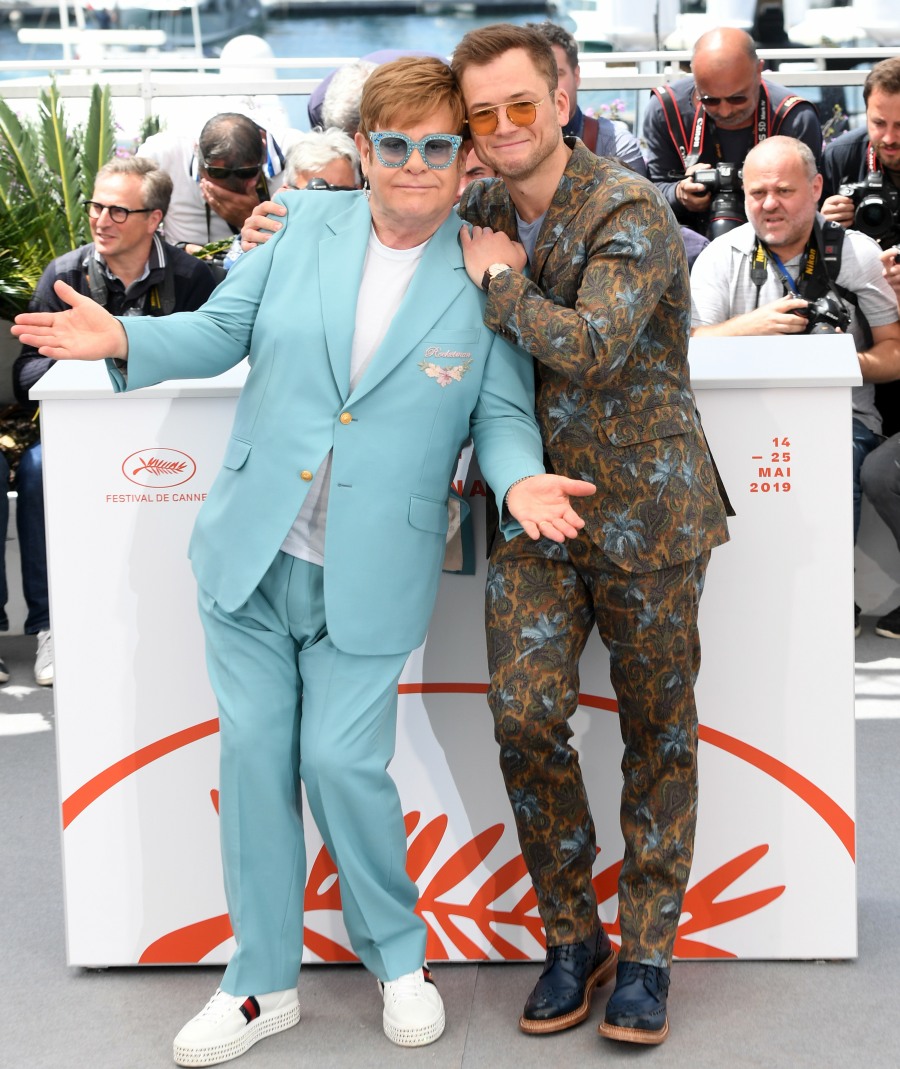