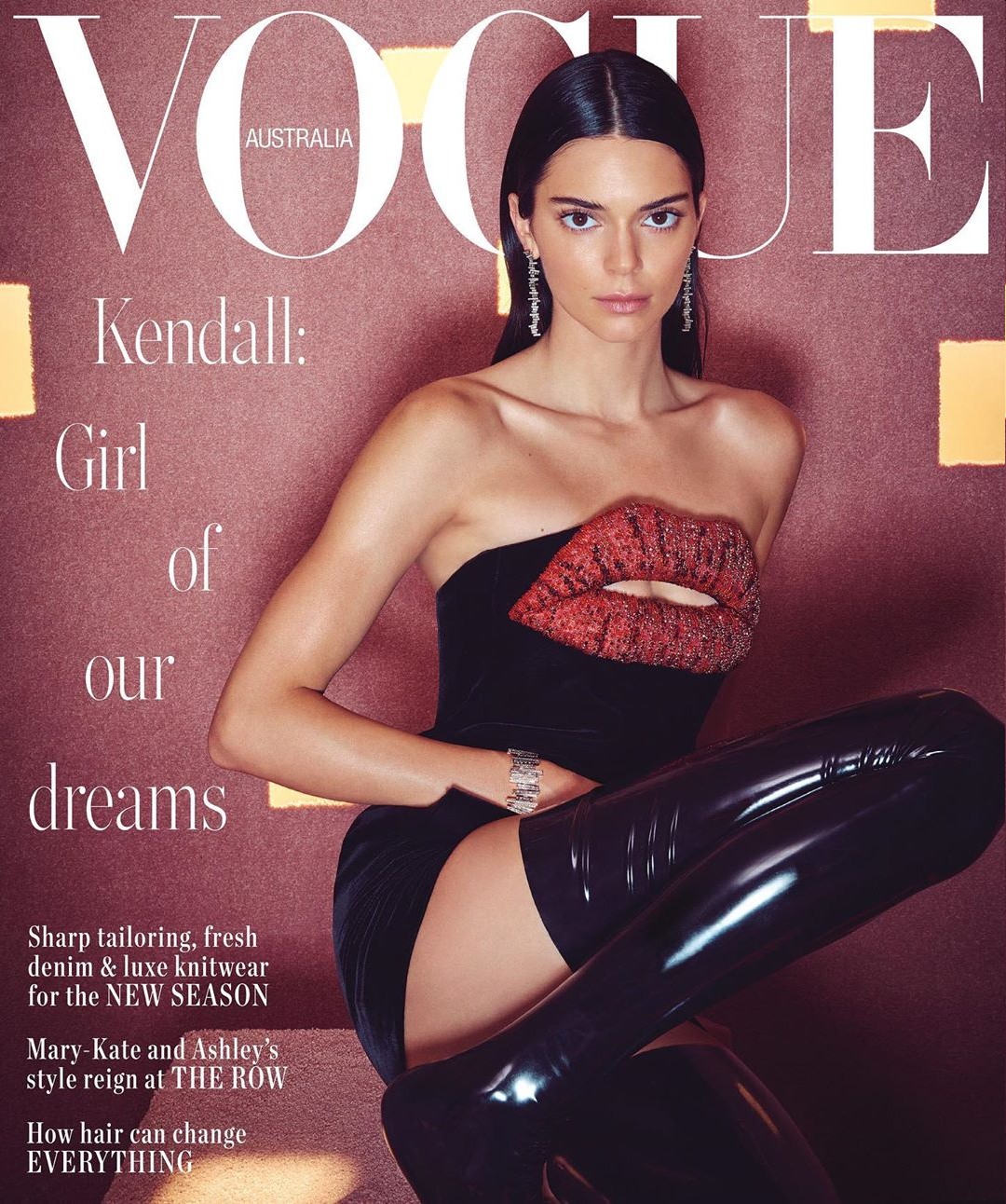 Kendall Jenner covers the latest issue of Vogue Australia, and this cover image is… interesting. Like, her body looks good and it would have been a striking, interesting image with another model posed like that, in that dress and those boots. But once you see her dead eyes and blank expression, does this cover work? It truly looks like no one is home, like she’s a robot at rest in an awkward position. I will continue to raise awareness of how Kendall really isn’t a great editorial model because of her face. Harsh but true. A runway model? Sure, she can do that. But her editorials are so bad. Anyway, Kendall was actually quite chatty with Vogue Australia, and you can read the full piece here. Some highlights:

Whether she ever had a fall-back plan in case she didn’t make it as a model: “No. And I don’t think I necessarily needed to have one. Anything I do, I always want to be 100 per cent in it and know I want to be doing it. When I started I was so young, so if it didn’t work out then I was going to figure it out. I’d cross that bridge when I got there.”

On people prejudging her for her name: “But I’ve always been the person to prove [critics] wrong, even when I was younger. I’ve always been a hard worker: that’s in my blood. My parents raised me and my little sister to be that way and the rest of my sisters, too. A lot of people assumed that because I came from a ‘name’ that it was a lot easier for me to get to where I got, but actually it’s the completely opposite.”

She has no plans to do anything other than model: “I am still so young. People are always asking me: ‘What’s next? What’s next?’ I’m like: ‘Why do I have to have it all figured out right now?’ Most people my age don’t have it figured out as much as I do.”

She doesn’t want to talk about her relationship with Ben Simmons: “I got a glimpse of how my sisters dealt with [the attention] and it’s cool to learn from that. For me, a lot of things are very special and very sacred, like my friends and relationships, and I personally think that bringing things into the public makes everything so much messier. Also I’m very young and right now I feel like relationships aren’t always super-certain and I don’t want to bring too much attention to something if you don’t really know long term [what it’s going to be]. A relationship is only meant to be between two people, and the second you make it the world’s business is when it starts messing with the two people mentally. Like once everyone is let in, you’re letting all these opinions into your relationships, and I don’t think that’s fair.”

She doesn’t have a checklist of accomplishments by age: “I feel like once you do [that], it’s just completely ingenuine and you think that you have to be in a certain place when you don’t have to be. Everyone has their own path and their own way of letting the cards fall. Your 20s are for messing up and figuring it out.”

Whether she’s thinking of getting engaged: “Maybe. Definitely not now, but maybe one day.”

Something nice: I respect her refusal to play the media games with her relationships. I know some people think she’s a lesbian and her relationships with men are fake, but think of it this way: Kris Jenner would have found a way to profit from Kendall’s sexuality if Kendall really was gay. And Kendall has probably been told to talk more about boys to damped the gay rumors too, and still she refuses. It’s more than possible that she’s a straight tomboyish woman who just prefers to keep her romantic life under wrap.

Something not nice: “I’ve always been a hard worker: that’s in my blood.” She’s not a hard worker though – she turns down tons of work and she got in trouble last year when she mocked the models who walk every runway and work harder than her. And this: “A lot of people assumed that because I came from a ‘name’ that it was a lot easier for me to get to where I got, but actually it’s the completely opposite.” Girl, no. Why are the Jenner sisters always insisting that their name and their half-sisters and their reality show didn’t give them a tremendous leg-up in life?

Oh, and after all of that careful wording about her relationship, it looks like Kendall and Ben Simmons are over! 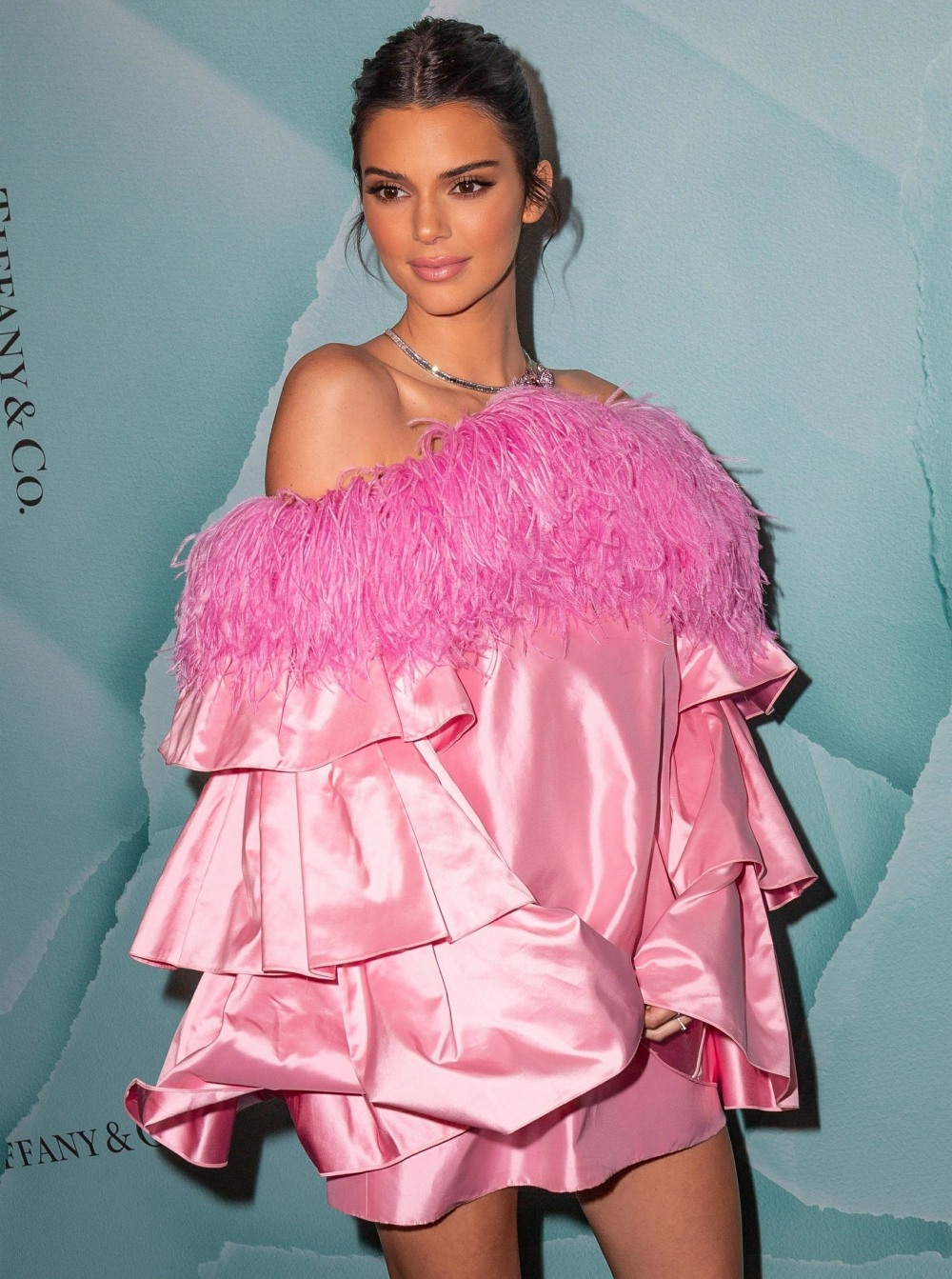