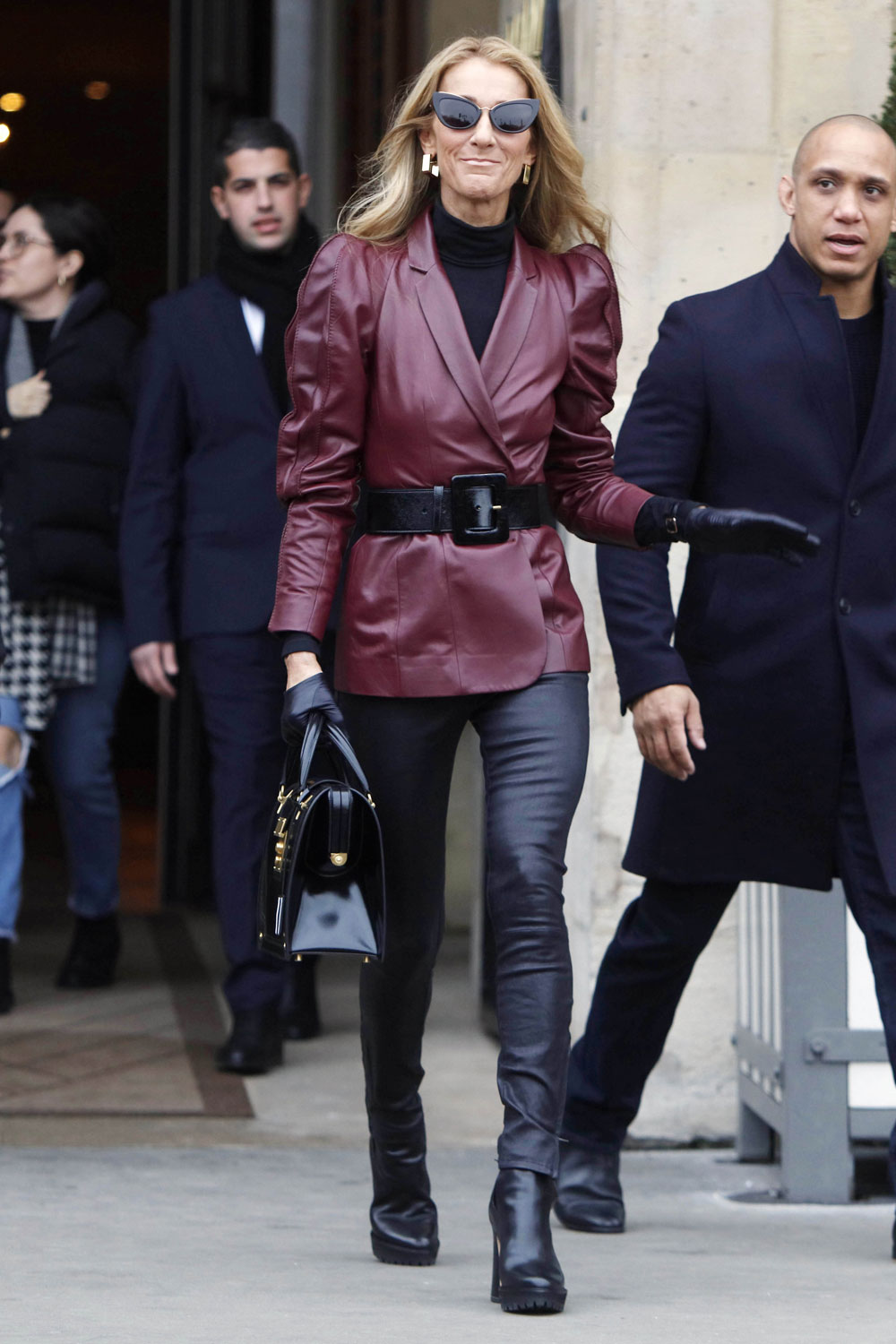 Céline Dion is wrapping up her Las Vegas residency on June 8, and is going to head out on her Courage World Tour starting in September. In the meantime, she’s spending the spring checking off items on her Las Vegas bucket list. In April, with the assistance of Jimmy Kimmel, she serenaded a couple who were getting married at the Chapel at Planet Hollywood. (Céline comes in just after 3:50. There’s also a random cameo from a happily drinking David Spade.)

Céline also appeared on The Late Late Show Carpool Karaoke Primetime Special 2019! James Corden called it “The most ambitious ending to a Carpool Karaoke we’ve ever done.” He also mentioned that he remembers singing Céline’s song “Think Twice” with his sisters when he was younger. How cool for him to finally get to actually sing with Celine! Here’s her Carpool Karaoke appearance.

I’ll give it to James: That ending was pretty epic: Céline and James, dressed as Rose and Jack, stood in the recreated prow of the Titanic as it moved through the Bellagio lake, singing “My Heart Will Go On,” accompanied by a timed water display. The performance ended with Céline dropping a replica of Rose’s necklace into the water. I loved watching people’s faces when they went from assuming that the performance was some campy homage to Titanic to realizing that, no, it actually was Céline Dion singing.

Céline is such a great passenger/singing partner. She doesn’t ever seem to take herself too seriously, and her voice is still amazing. I enjoyed how easily she pulled song lyrics (that weren’t her own) out of thin air and she’s great at mugging for the camera. I can’t quite believe that I’ve made it this long without actually hearing “Baby Shark,” but I think I prefer Céline’s version.

Celine also said that she has about 3,000 to 5,000 pairs of shoes! (That’s at 6:50 in the video above.) James said he heard she had 10,000 pairs and she said “Maybe. I didn’t want to say it. I have like a place in Las Vegas. Let’s call it a warehouse. In my house in Florida I had a [computerized] system. They were all by colors [and automated]. They would turn like that in front of me. The counter was [made] of broken [faux] diamonds. It was beautiful.” James insisted that she get rid of some of the shoes, and so had her hand out pairs to surprised people on the street. (He had gotten them from her assistants, who also felt that Céline could do with fewer pairs. She was less-than-amused.) Those lucky recipients looked so excited and happy to meet Céline, though, so hopefully that made up for it slightly.

I’m so happy that Céline seems to be joyfully living her best life and thriving. I have loved her since I first heard “Where Does My Heart Beat Now” from Unison, which was released in 1990. I feel old. I want to go see her on tour, even if I end up going [all] by myself.

Here’s a bonus clip of her signing “All By Myself” all by herself as James fills up the car at a gas station:

Note by Celebitchy: Meet our new writer Quimby. She’s a disability advocate with a background in education. She loves British shows, Emma Thompson, America Ferrera, Octavia Spencer and Celine Dion. She lives in Virginia but we swear we don’t know her and I only learned this after I asked her to write with us.

I kissed a burger and I liked it 🍔💛⁣ #MetGala #AfterParty⁣ .⁣ 📸: Daniel Zuchnik / Getty Images 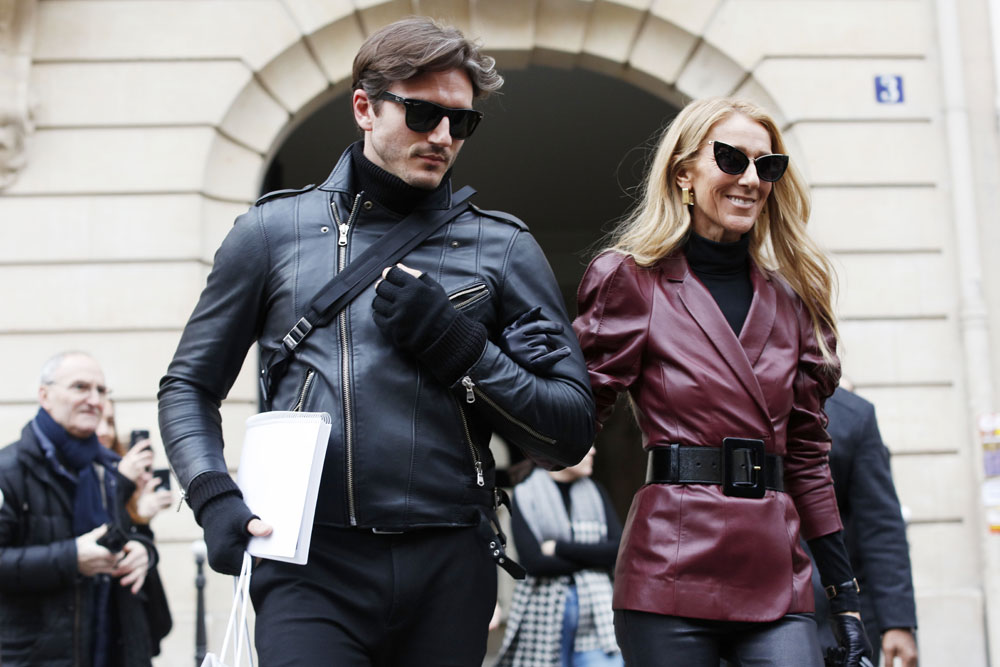 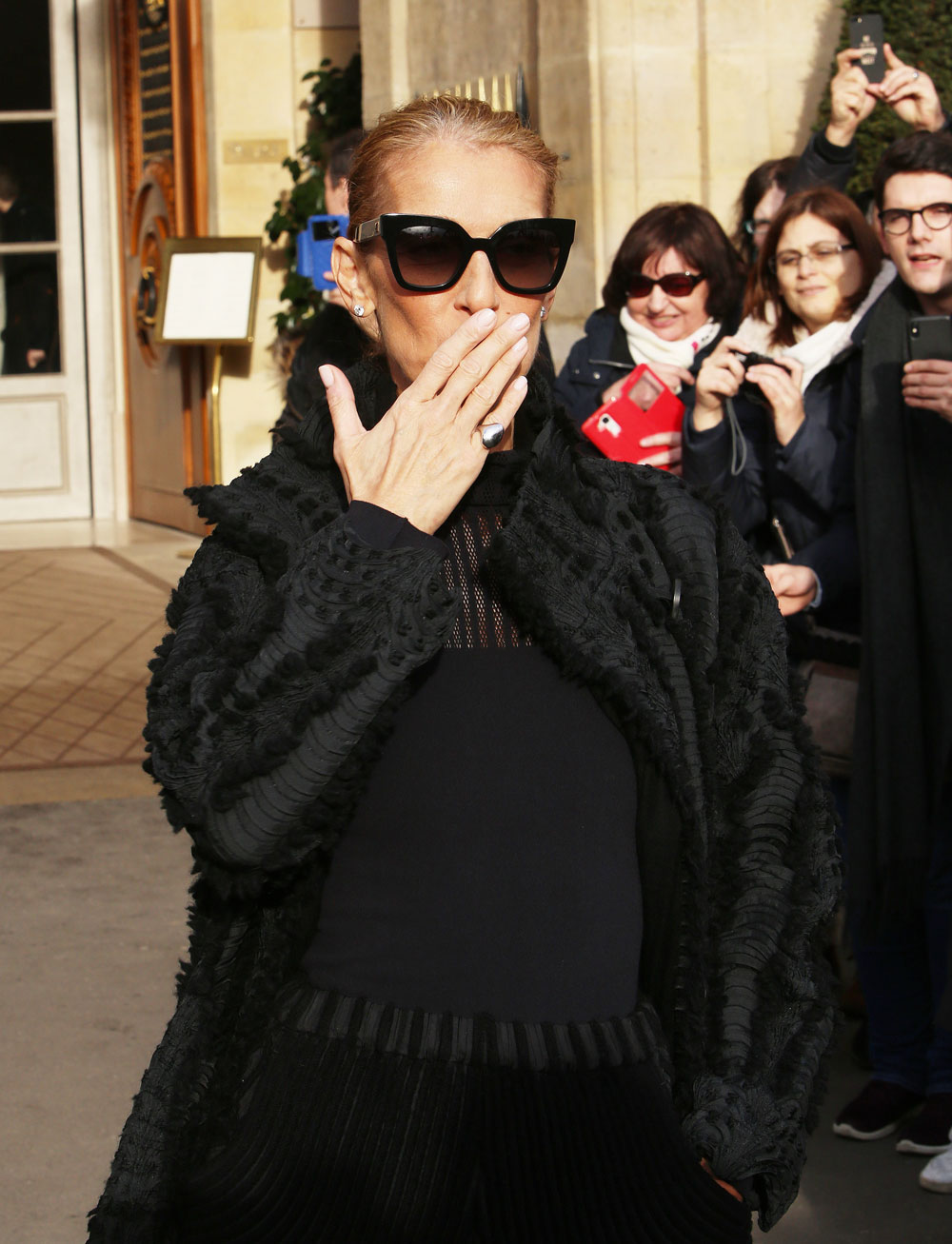