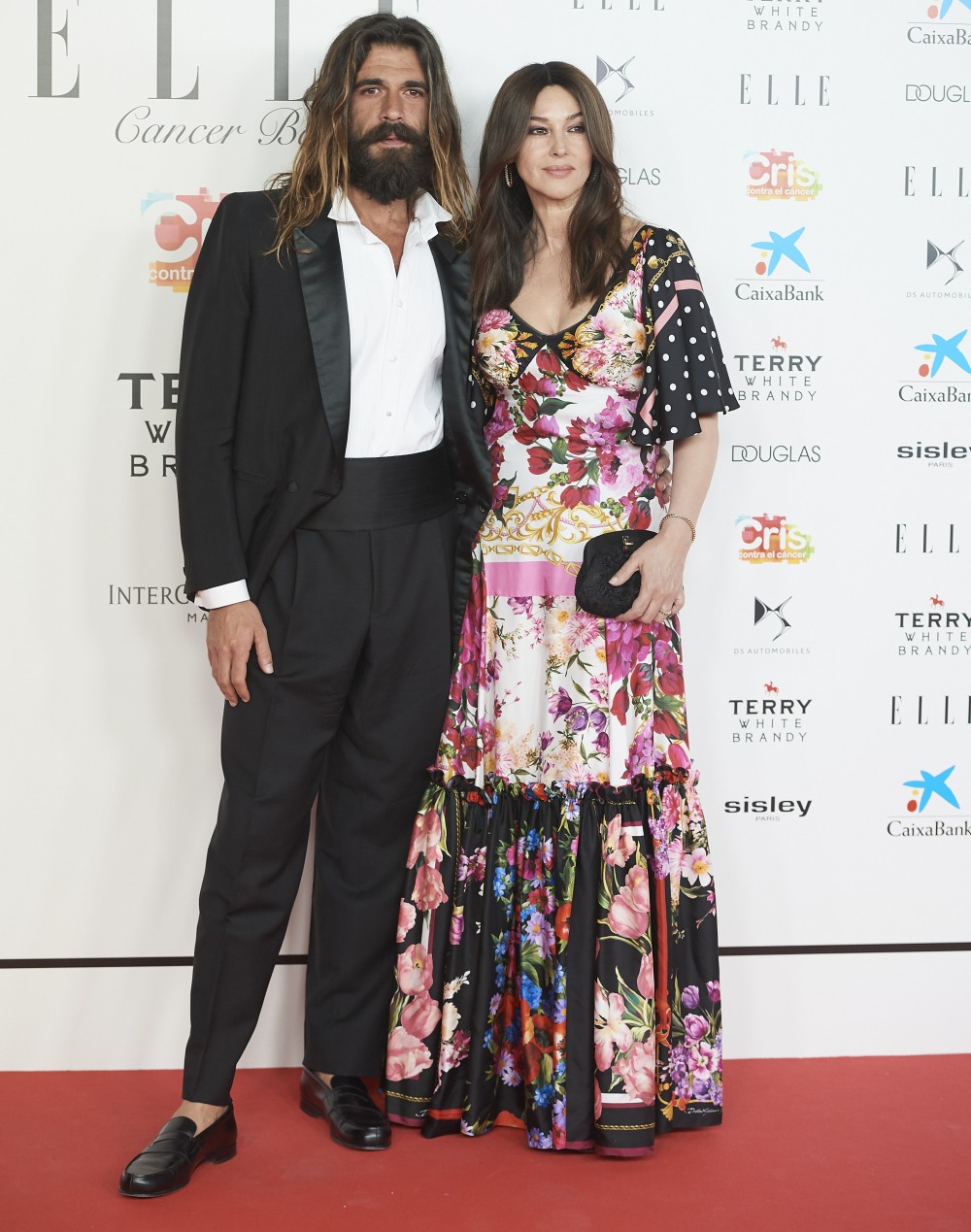 In March, Monica Bellucci did her first event with her latest boyfriend, Nicolas Lefebvre. They appeared together at the Chanel show (which happened shortly after Karl Lagerfeld’s passing) and that’s when many people realized that Monica and Nicolas are a thing. They’d been together for several months before that though. I think they’ve been together for more than a year? Something like that. Anyway, I’m lowkey obsessed with them and so now we get to look at Beauty & the Beard: the European Jesus Love Story.

Monica and Nicolas stepped out together again in Madrid this week for the ELLE Charity Gala, which benefited the CRIS Foundation Against Cancer. If anything, I have more questions about them! Monica is 54 years old and Nicolas is 36. Monica was previously married to Vincent Cassel, who is 52 – they have two daughters together. Vincent just had a baby with his 21-year-old bride too. But reportedly, there are no hard feelings between the exes, even if she has thrown some subtle shade at the idea of someone her age (Vincent’s age) being with someone so young. Her lover is youngER, but he’s not some boy-toy. He’s a beardy, 30-something artist. And maybe a little bit of a boy-toy too, but, you know, CHIC. Arty.

Nicolas is a good looking guy and I honestly don’t mind the big, burly beard. If anything, I think it brings out his eyes, but I’ve always liked a beard. The thing that bugs me is that his hair is way too long and it looks damaged, right? Like, he needs a better shampoo & conditioner. He absolutely needs a trim. And socks. He needs socks. And better pants? Monica, give your lover a makeover. 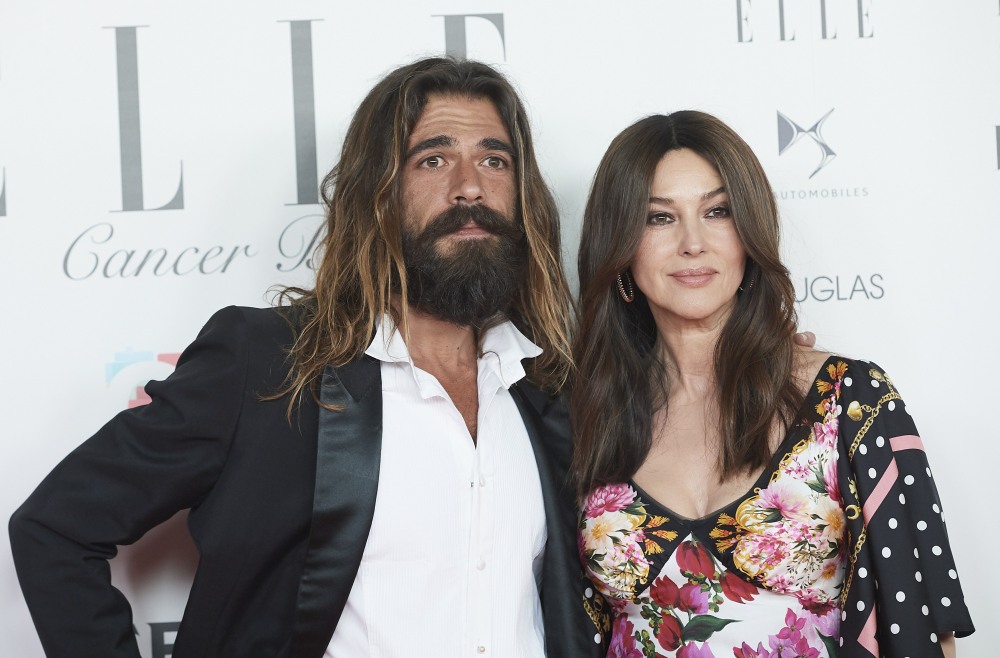 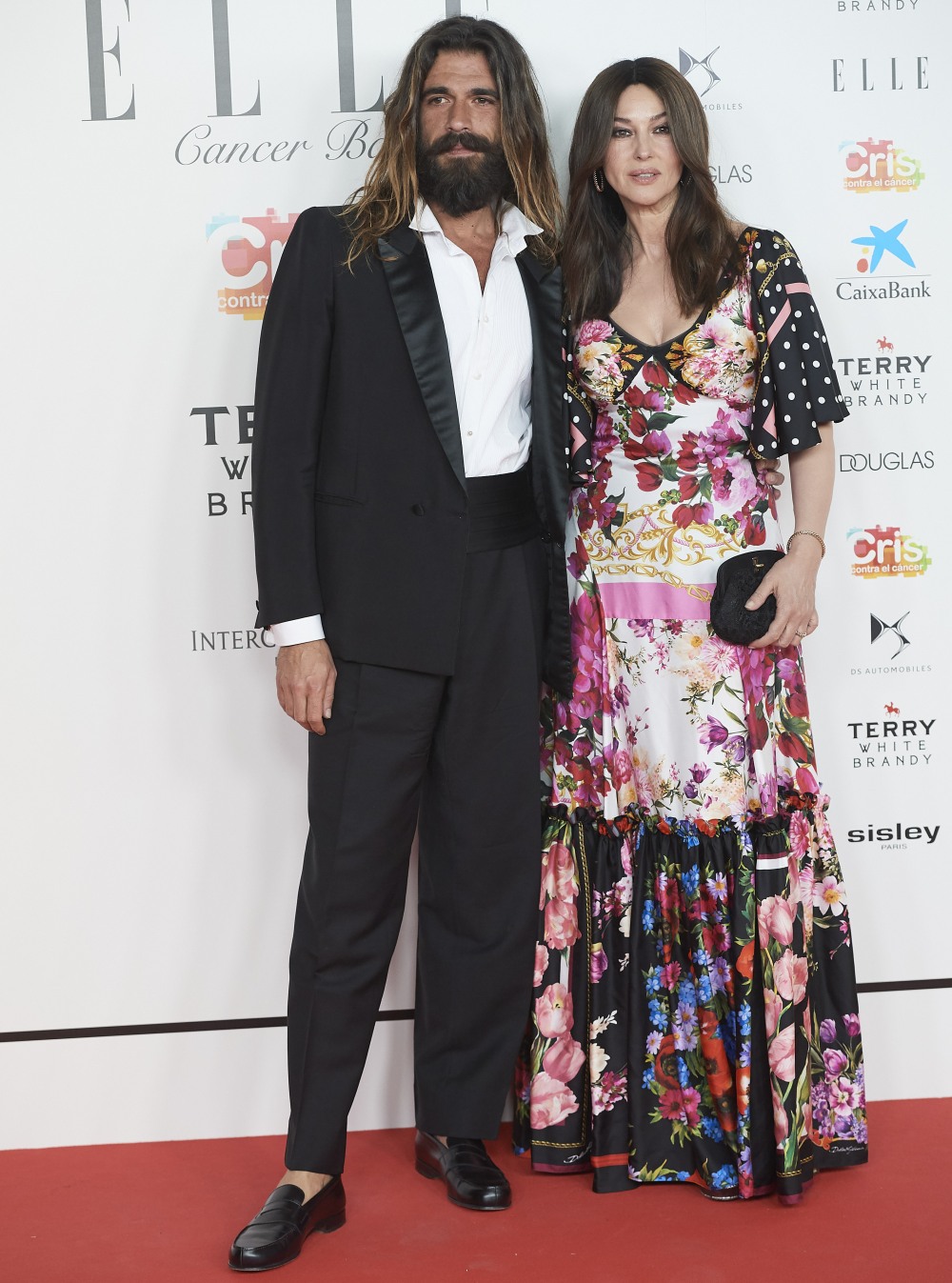