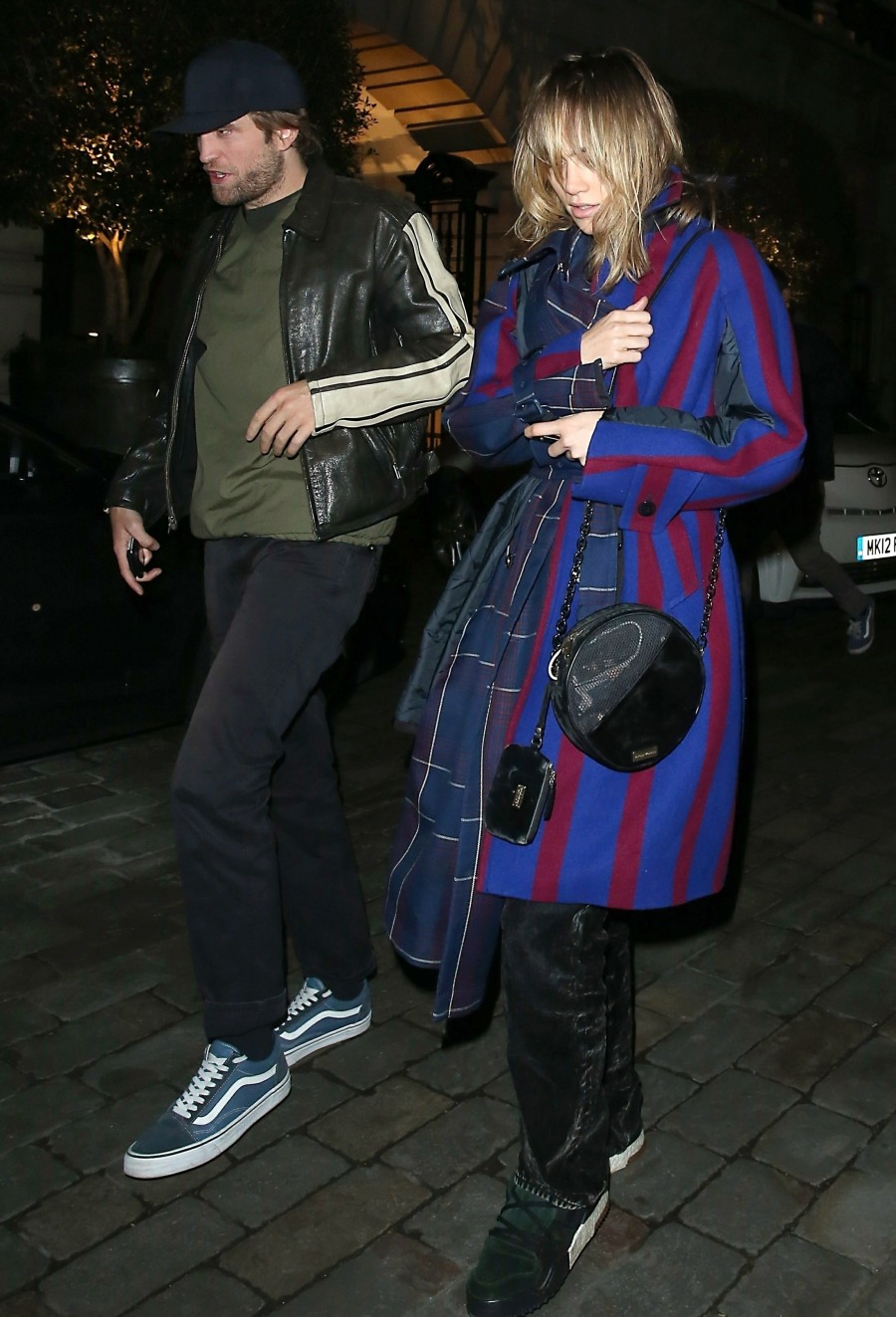 I have to keep reminding myself that Robert Pattinson has a girlfriend. My problem is that I just find Suki Waterhouse so… unmemorable. She seems like a perfectly nice person and she has that cute budget-Bardot look for a model, but I still can’t believe she and Rob are happening. Maybe he just felt like going for less drama, less angst, someone whose name he might forget. So, yes, Rob and Suki are happening. And Taylor Swift and Joe Alwyn are happening. So why not a double date? But why? Because British peeps, I guess.

Double trouble! Taylor Swift and Joe Alwyn may keep their romance super-secret, but that doesn’t mean they don’t enjoy a date night — with a couple of famous friends! The pair stepped out for dinner with Robert Pattinson and Suki Waterhouse on Saturday, June 1, an onlooker exclusively reveals in the new issue of Us Weekly.

The foursome were spotted at San Vicente Bungalows in Hollywood where they “were laughing and talking” all night, says the eyewitness. “They were at a table, just the four of them. Rob and Taylor were across from each other.”

Date nights for Swift, 29, and Alwyn, 28, could even become more frequent. Despite their low-key relationship, the “Me!” singer “has become more comfortable being out” with the British actor, a source tells Us.

Pattinson, 33, and Waterhouse, 27, for their part, have kept most their romance under wraps. While the couple were spotted packing on the PDA in August 2018, a source confirmed to Us at the time that the pair “have been dating for months.” They have “known each other and been around each other for a long time,” the source told Us, noting that they “definitely have a love of music in common.”

They “definitely have a love of music in common.” That’s how you describe why you’re into your middle school boyfriend when you’re 13. WE LIKE THE SAME MUSIC! Gawd, you just don’t understand! BTS speaks to our SOULS! As for the double date… I’m sure someone will tell me that of course Joe knows Suki or Joe knows Rob or Rob knows Taylor, but quite honestly, I just believe that every British actor knows each other. Judi Dench knows Clive Owen, Clive knows Robert Pattinson, Rob knows Benedict Cumberbatch, etc. Taylor’s probably part of the British acting crew now because she filmed Cats in London. So there you go. The better question is: what did they talk about? Music? LOL. Also: Rob is seriously good friends with Katy Perry, so as always, another layer of drama, even though Katy and Taylor have buried the hatchet. 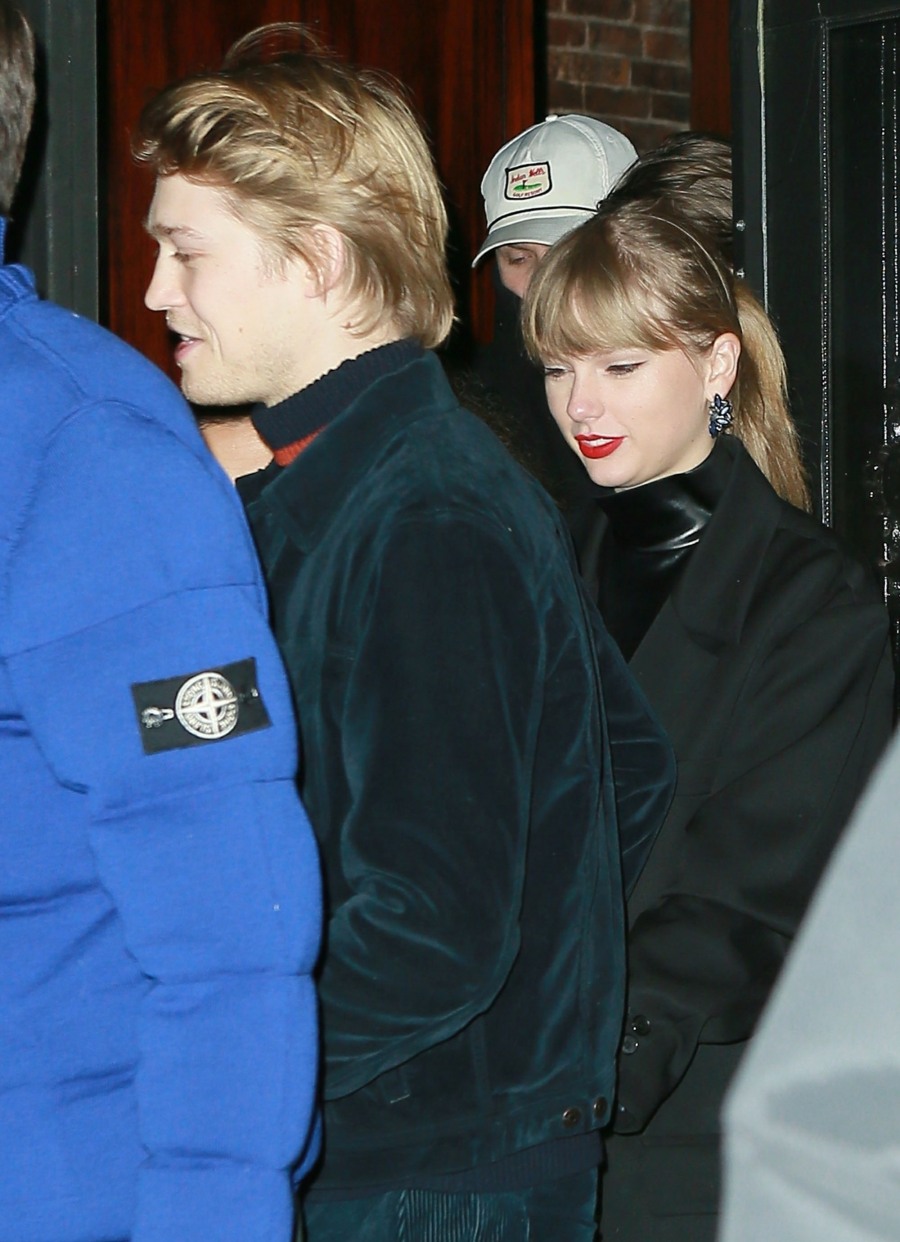 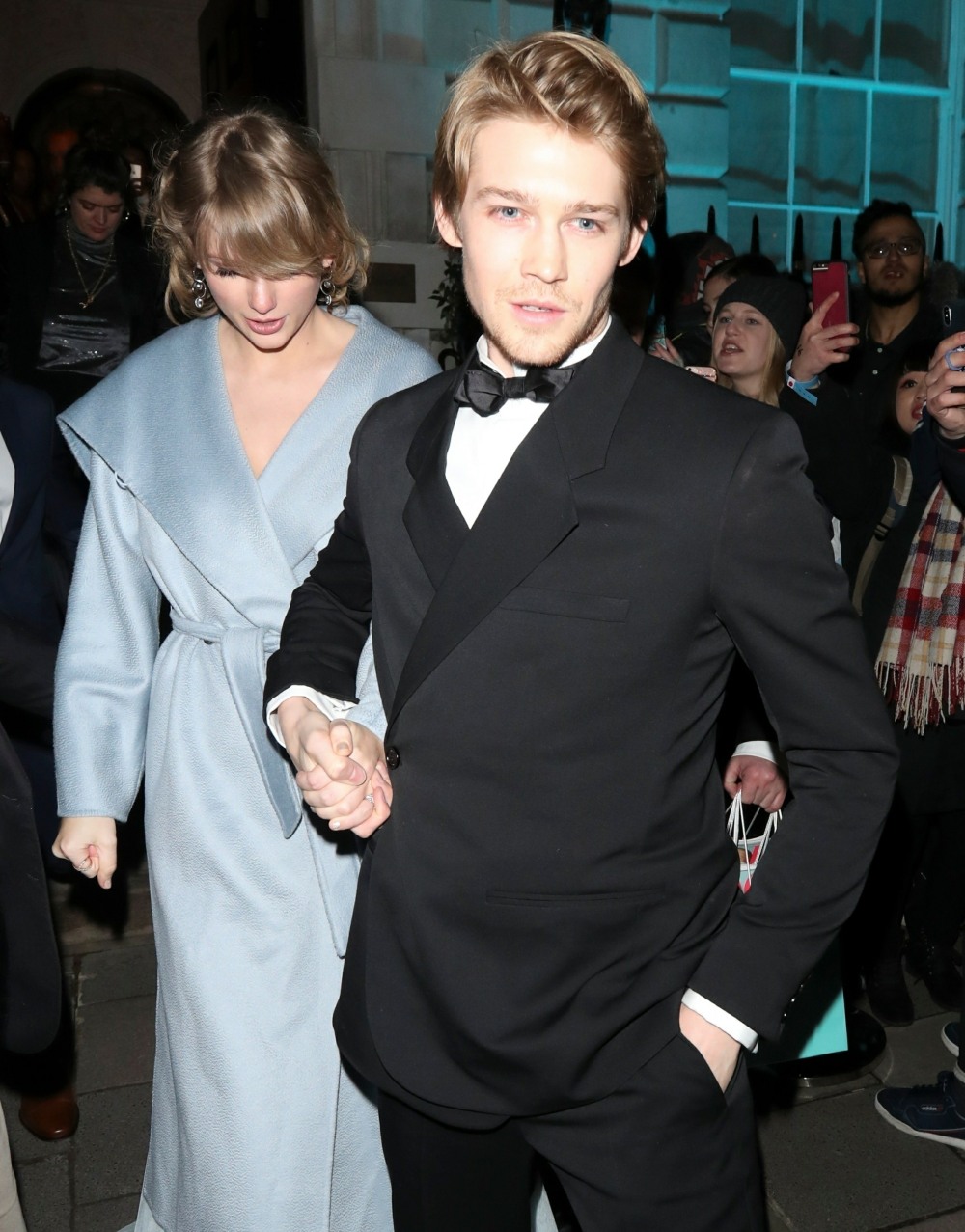