At Deepdale Hall Farm in Cumbria, The Duke and Duchess of Cambridge met the Brown familly, who have been farming in the valley near Lake Ullswater since the 1950s. Farming and agriculture has a special place in the #LakeDistrict National Park, where farmers have worked centuries on some of the most challenging land in the country. There are three generations living on Deepdale Hall Farm: Chris, his son Jimmy, Jimmy’s wife Robyn, and their four children. Chris and Jimmy are proud of their hill-farming heritage and are keen to carry on farming in a traditional way. The Duke and Duchess joined the Brown family, local farmers, and members of the Farmer Network to discuss some of the key challenges farmers are facing — including rural isolation, Brexit, and support payments. Following the discussion, The Duke and Duchess spent time on the farm with the family tending to their flock of Herdwick and Swaledale sheep, joining them for sheep shearing, herding and dry stone walling. @CumbriaCC #Cumbria #Ullswater

As we discussed yesterday, the Duke and Duchess of Cambridge were on a day trip to Cumbria, where they did several events including a walk-about and a trip to a sheep farm. The photo-op was “Will & Kate shear some sheep” probably, but the REAL drama came when the Cambridges were chilling out in the farmer’s home and William decided to ask the important question: “Is Brexit a big concern?” Oh ho ho, look who’s suddenly *allowed* to be political!

In a No Deal Brexit, the worse case scenario for farmers, William and Kate were told in no uncertain terms, is ’absolutely dire’: 40% tariffs on sheep, a fall in exports, and an end to farming subsidies from the Common Agricultural Policy. The Cambridges nodded pic.twitter.com/KGM90LEGOS

The answer to William’s question was a flat YES, because of course Brexit is a concern and of course the British economy is going to suffer in a million different ways because of Brexit. Much like Donald Trump’s unhinged trade and tariff policies, the actual Brexit and Brexit-adjacent policies of conservative politicians ends up hurting conservative voters. Farmers who voted for Trump are getting reamed by his economic policies. Farmers who voted for Brexit are getting reamed by it too. The farmer the Cambridges spoke to told them flat-out that they’re being hit financially because “their European export market drying up and the subsidies from the controversial Common Agricultural Policy drying up and not being replaced.”

At this point, Brexit has been the elephant in the room for the royals. Very few of them will even say the word “Brexit” out loud. This is not the first time William has made a reference to Brexit (whether implicit or explicit), but that doesn’t change the fact that if a certain someone had asked the same question, Piers Morgan and the editorial board of the Daily Mail would be working themselves into a frothy, unhinged and racist lather about it. Now, all that being said… it’s fine. It’s fine when William veers into something political, and it’s fine when Meghan, Harry, Kate, Charles or the Queen do it too. People should stop expecting the royal family to be these perfectly apolitical, unspeaking show ponies.

This sheep is so embarrassed right now. Ass up, shorn by a duchess. It’s like a terrible sorority hazing.

The Duke and Duchess Of Cambridge join in sheep shearing at Deepdale Hall Farm, where the Brown family have been farming in the valley near Lake Ullswater since the 1950s.

The Browns are proud of their hillfarming heritage and are keen to carry on farming in a traditional way. pic.twitter.com/7E2m09sFI1 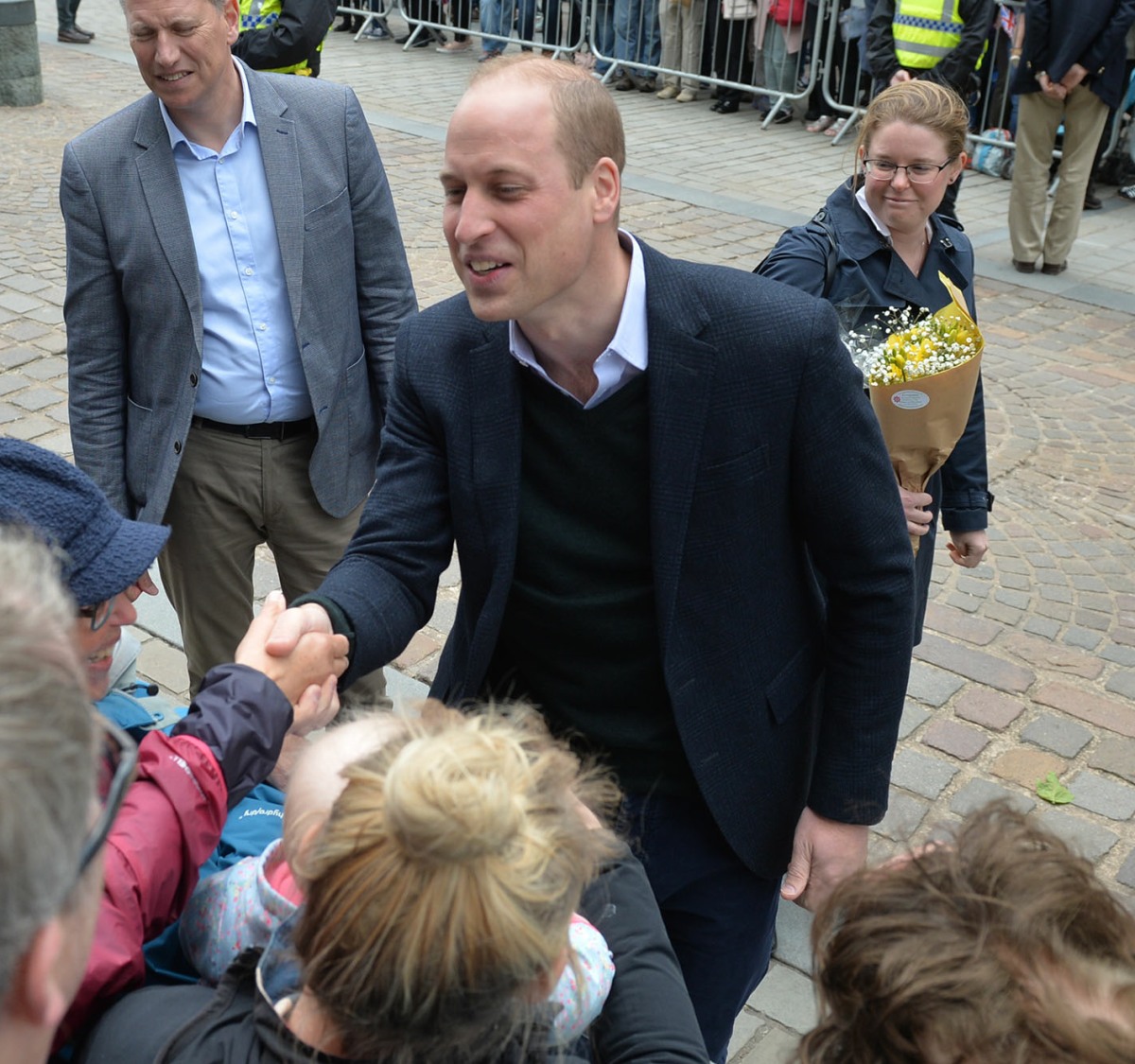 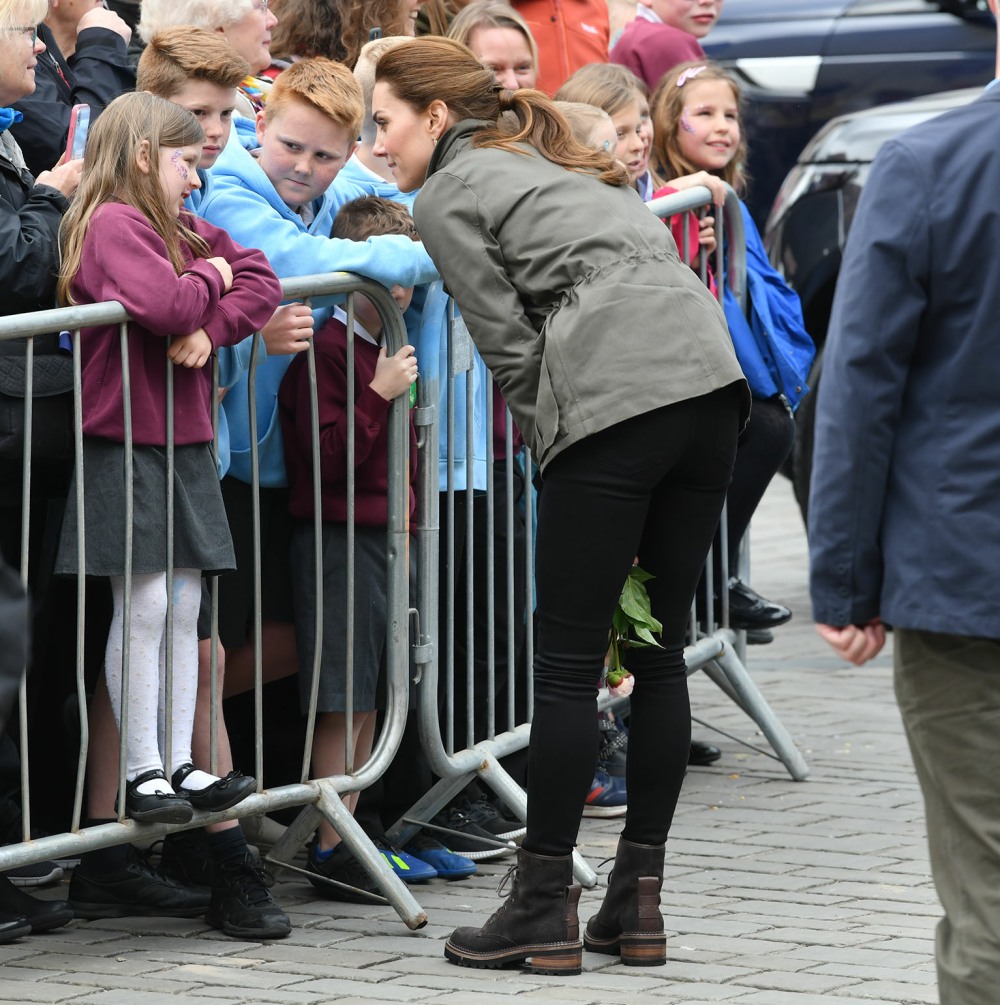 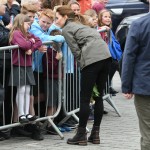