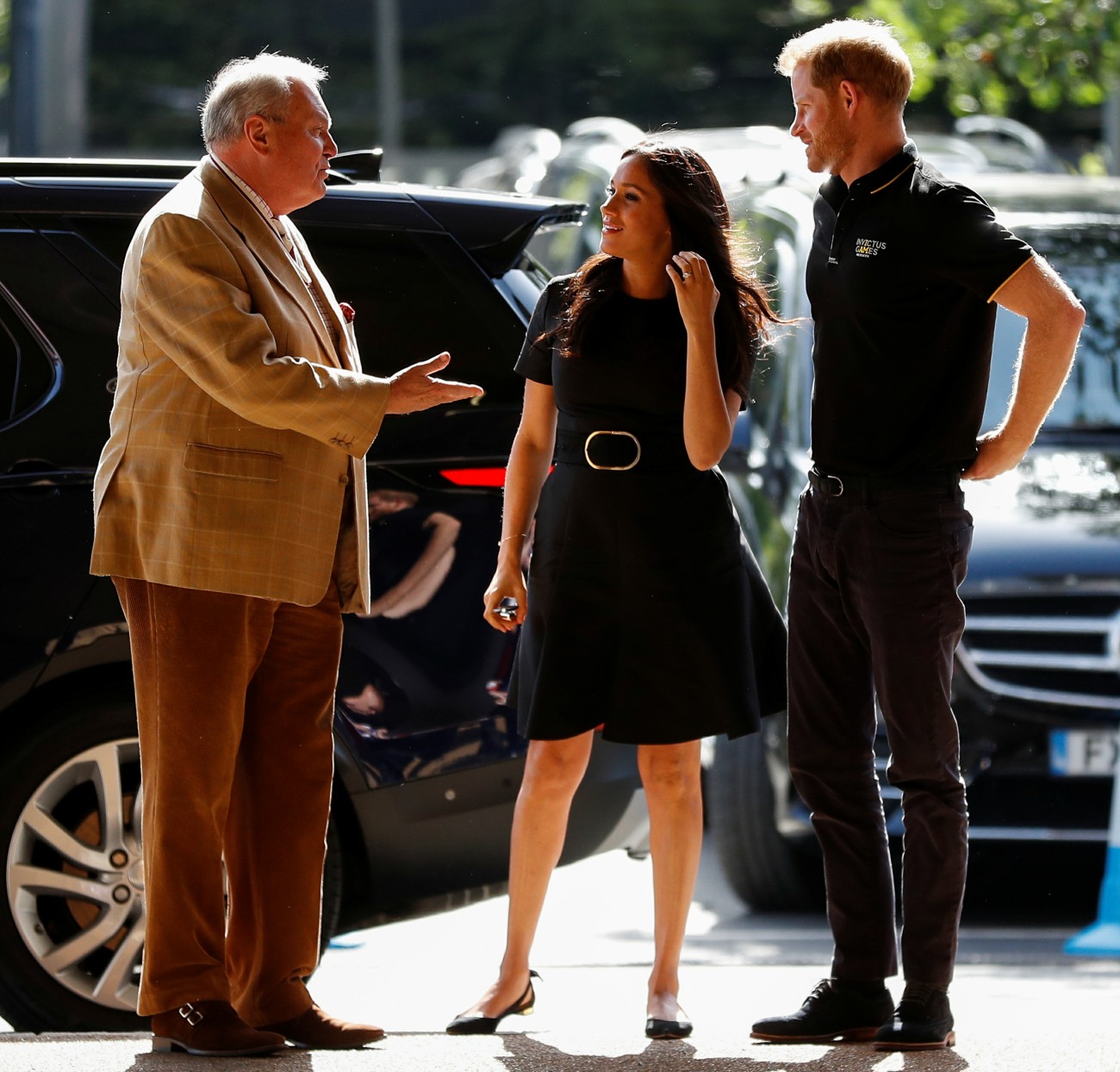 The Duke and Duchess of Sussex attended the big Major League Baseball game in London on Saturday. Prince Harry was scheduled to make that appearance solo, but I guess Meghan was feeling up to leaving the baby with the nanny for several hours. There are several sports which Americans love and I’ve always wondered why they don’t have a huge history in Europe especially – basketball has gotten a lot more popular in Europe, but why wasn’t it always? Basketball is fun to watch. But I’ve always understood why baseball isn’t popular in Europe: it’s boring AF. Sorry to all the baseball peeps out there, but yeesh… I feel bad for Meghan if she was tasked with explaining baseball and its popularity to a bunch of Brits. That being said, this game was in support of the Invictus Games Foundation, which is why Harry and Meghan were there. It’s so smart that MLB paired their first foray into “regular-season games played in Europe” with a prince’s signature charity.

Before the game, Harry and Meghan very diplomatically greeted the Yankees and the Red Sox separately. Both teams gave the Sussexes gift bags complete with baseball hats and baby-sized personalized jerseys for Archie. Meghan was delighted with the jerseys for Archie. She also seemed delighted with the baseball players in general – some of the guys even got hugs from the duchess.

As for Meghan’s fashion, she wore a simple little black dress by Stella McCartney. It’s cute enough, and I like that’s going for a more fitted look even though she’s still carrying some pregnancy weight – she knows the haters and nitpickers would have a field day no matter what, so she decided to forgo the sack-dressing. She looks cute. And of course she wore her new eternity band and her revamped engagement ring too. Omid Scobie at Harper’s Bazaar had an update on both.

After weeks of speculation about a new diamond on Meghan’s wedding finger, BAZAAR.com can reveal that Harry helped create the piece with renowned jeweler Lorraine Schwartz as a gift to mark the couple’s wedding anniversary—and their growing family. While creating the bespoke conflict-free diamond eternity band, Harry paid tribute by having Schwartz add birthstones for Meghan, Archie, and himself on the underside of the delicate piece.

“Meghan was touched,” a source says of the May 19 anniversary surprise, which features a flawless green emerald for Archie, a blue sapphire for Harry, and an olive-green peridot stone for the duchess. “A lot of thought went into it,” the source reveals. Each birthstone is said to have its own meaning and significance, with sapphires believed to protect those close to you from harm, peridots said to instill power in the wearer, and emeralds considered a symbol of rebirth and love.

While working closely with the famous Los Angeles-based jeweller, the prince also took the opportunity to have Meghan’s engagement ring—which features two stones that once belonged to Princess Diana—resized and reset with a new delicate diamond band.

Clever clever clever. The British media and assorted royal commentators have been excoriating Meghan – and Meghan alone – for being such a DIVA and demanding that her HISTORICAL ring be changed, in addition to demanding an expensive push present. Scobie presents the whole thing as Harry’s idea, and Harry wanting to give Meghan a special gift for their anniversary and oh yeah, maybe it was Harry’s idea for the engagement-ring-band to be changed too. Now the British media’s take will be “Harry is whipped by diva Meg!”

PS… Please don’t threadjack with other royal stories. Trust that we will cover those stories tomorrow and throughout the week.

The wait is over, it's time to PLAY BALL! ⚾️

A royal ceremonial first pitch 👑 The Duke and Duchess of Sussex join @WeAreInvictus to get the #LondonSeries off to the perfect start. pic.twitter.com/5HdnJyNpPS 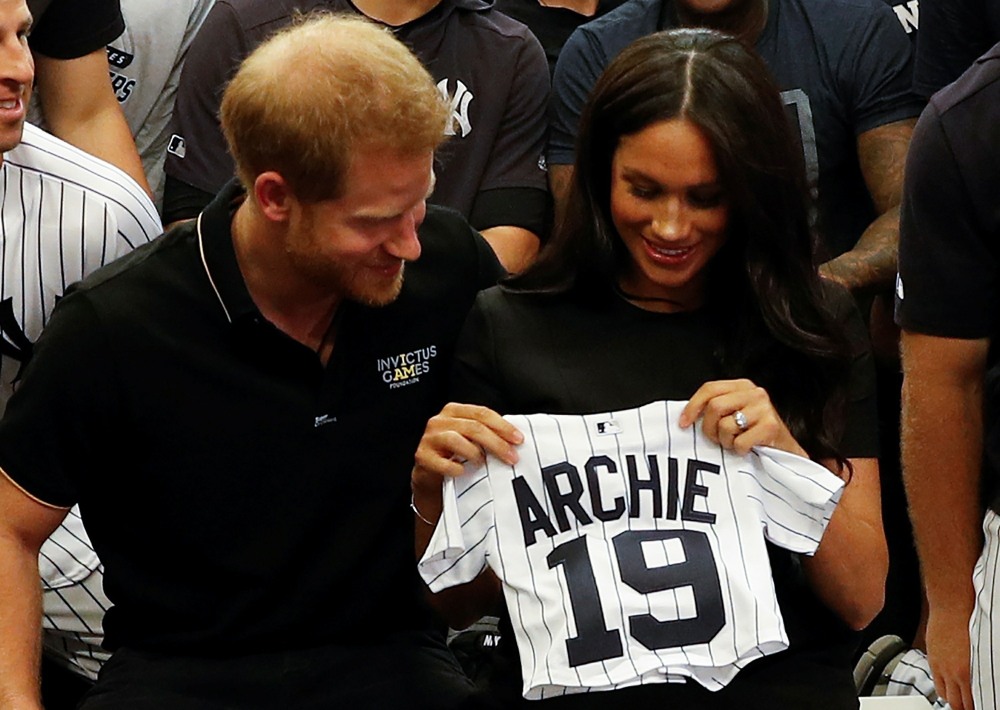 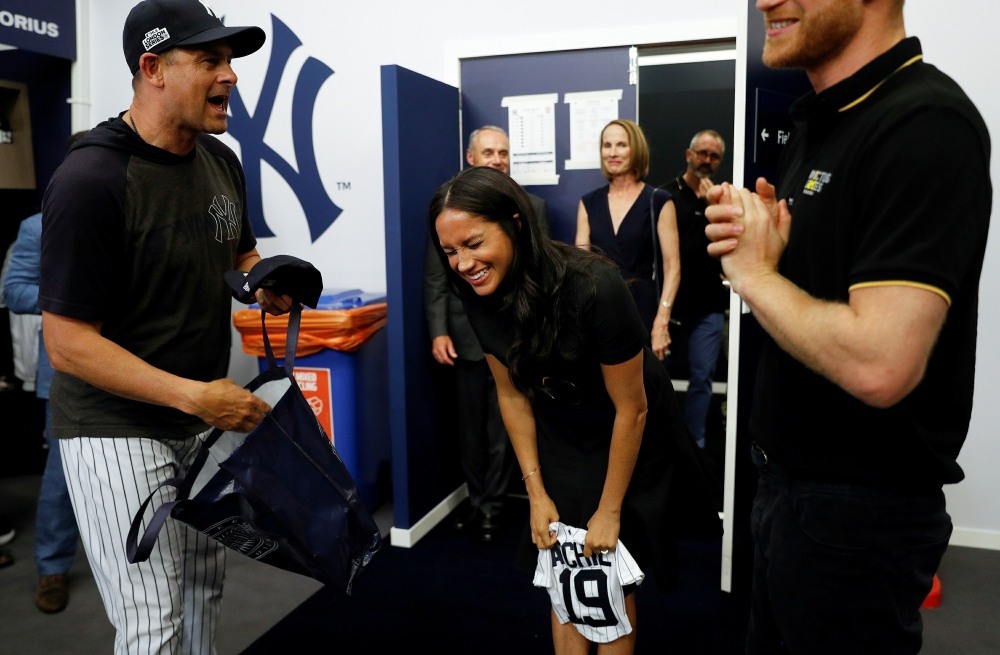 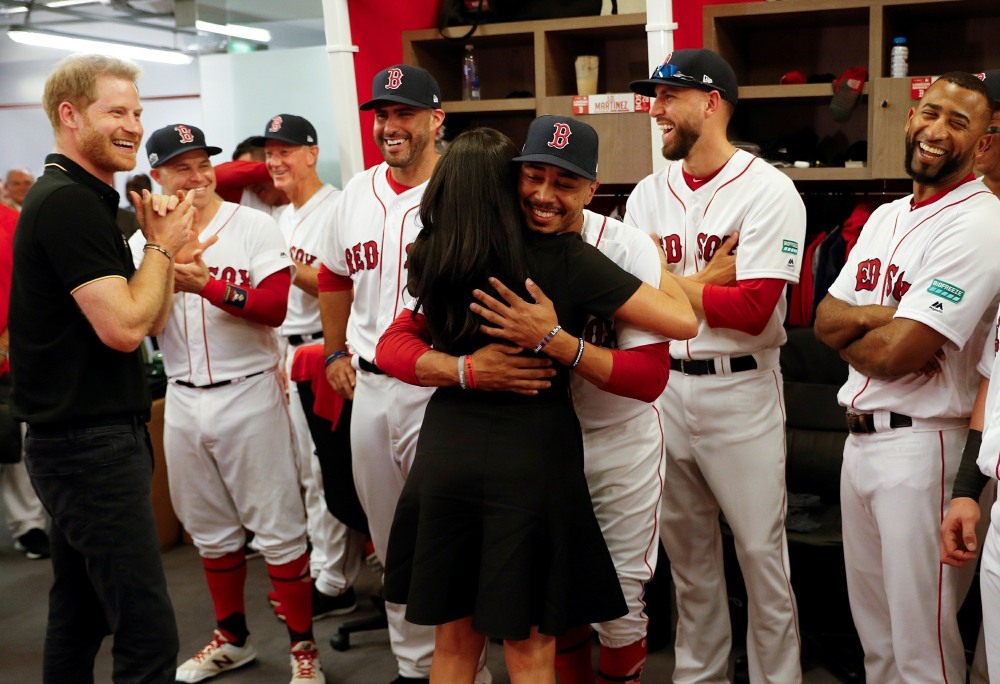 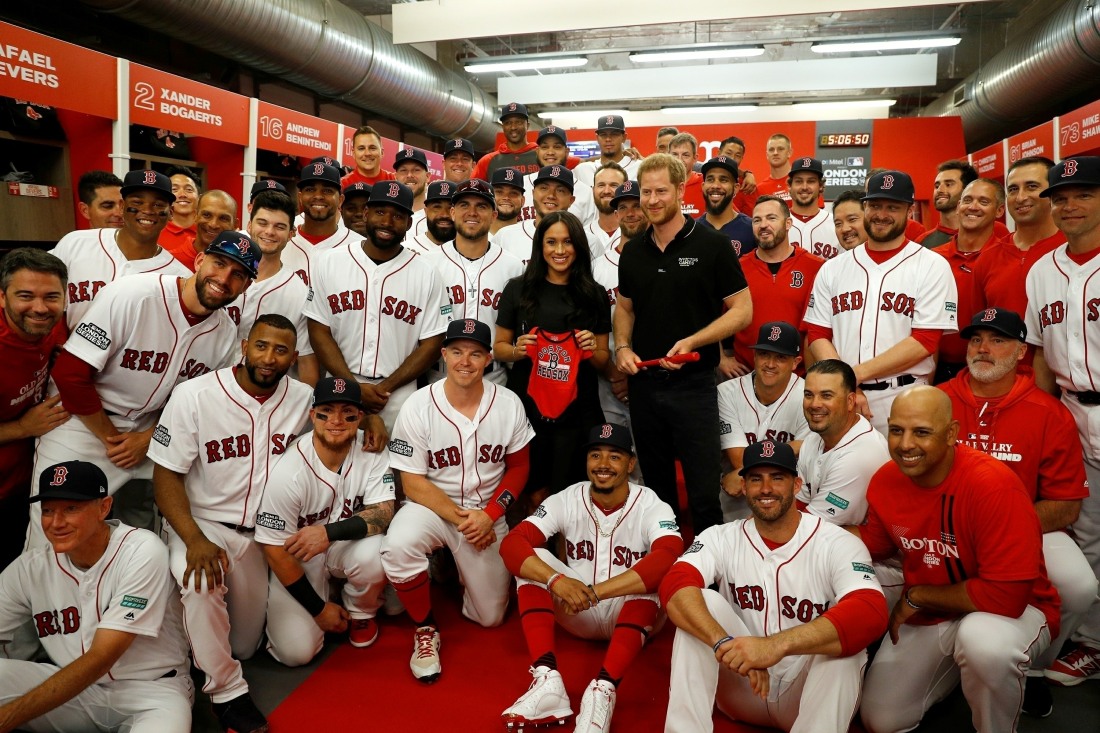