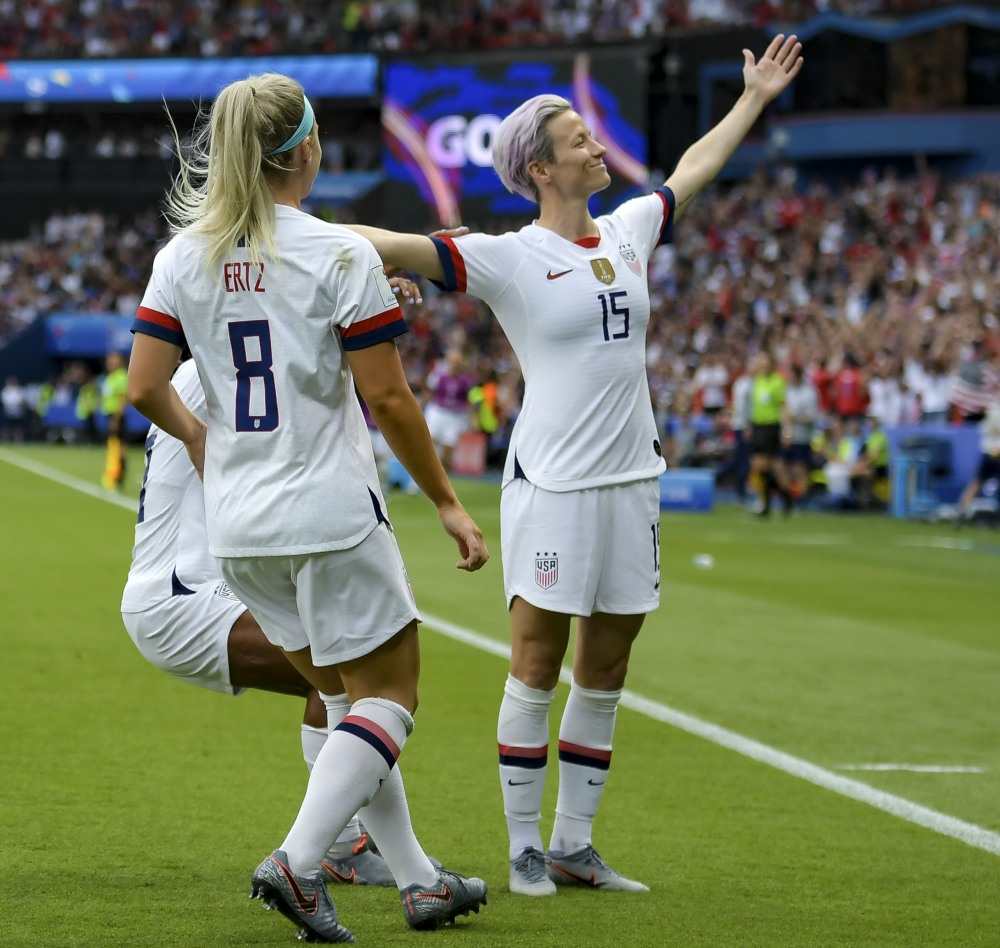 Last Friday, the USWNT (the women’s national soccer team) won their quarterfinal against the French team. It was the most hyped match-up of the World Cup, and the stadium in Paris was full of French and American supporters. It was a great game too, with the French team pressing and pressing and the American women showing off their excellent defense, but not just that – Megan Rapinoe found the angle and the opening to score TWO goals, and they turned out to be the only two goals for Team USA. Same as the Round of 16: Rapinoe scored the only two American goals in that match as well.

Rapinoe celebrated the first goal by posing in that “Are you not entertained?!” way which became an amazing meme but in all seriousness, Megan Rapinoe is everything and she really would make a great president of the United States. I hope she knows that’s on the table for her now. It’s crazy to think of Rapinoe’s week (last week): she ensures that the USWNT wins the R16 match, then she has to answer a million political questions because she said “I’m not going to the f–king White House,” then Donald Trump attacked her, and then she f–king scored two goals against France. Well, even though she’s not going to the f–king White House, she is going to the Capitol:

And off to the semifinals we go! Another masterful display of grit and determination by the @USWNT. #FRAUSA #FIFAWWC

After the game, Rapinoe was asked about the double-whammy of peaking so hard at the World Cup when it was ALSO Pride Month. She was informed that the Paris Pride Parade was the next day, and she said this:

“Go gays,” Rapinoe said emphatically, flashing double peace signs in front of the assembled press. “You can’t win a championship without gays on your team, it’s pretty much never been done before ever. Science, right there.” She grinned as she said it, perhaps only halfway facetious. Rapinoe added, “I think, not the haters, but yeah, I’m motivated by people like me and people who are fighting for the same things and I take more energy from that than trying to prove everyone wrong all the time. That’s sort of draining to me. So yeah, to be gay and fabulous during pride month at the World Cup is nice.”

I love her so hard. She really is my dream girl.

the latest installation at the louvre looks incredible pic.twitter.com/EXborrnd66 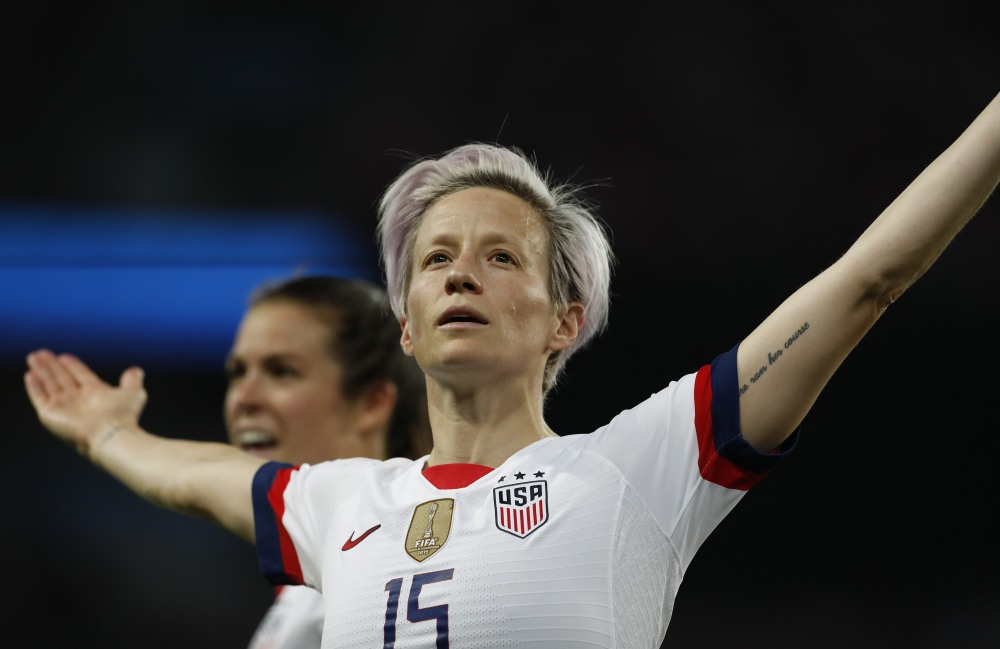