Helen Mirren on her current haircut: It’s ‘something I did with the kitchen scissors’ 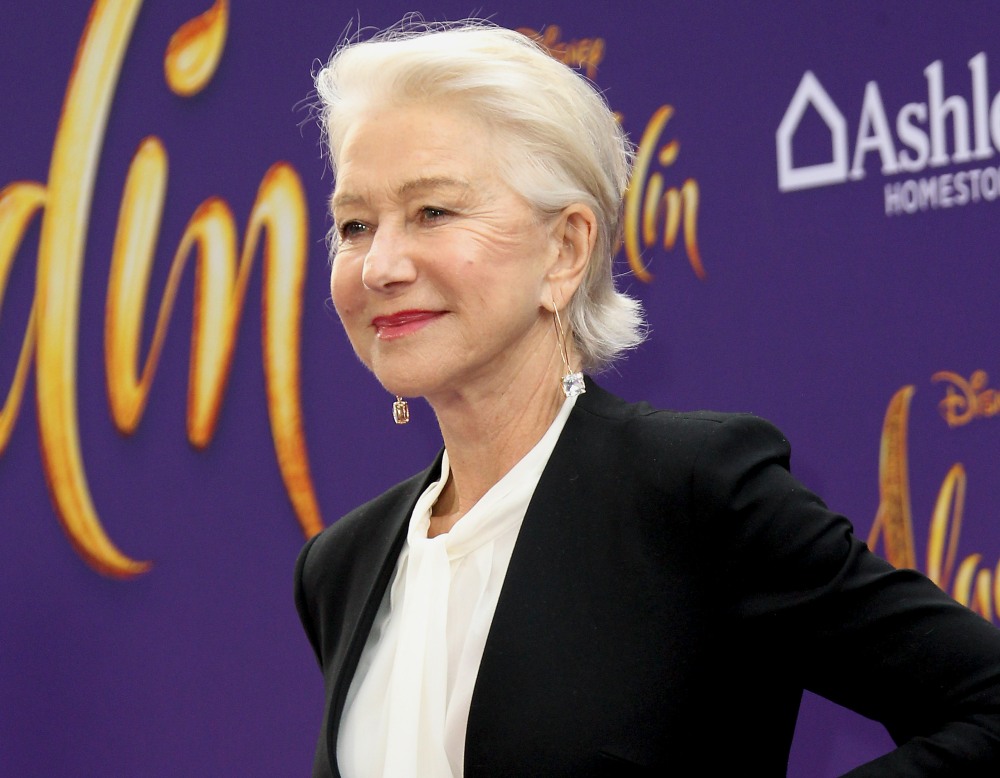 When I was a teenager, I used to cut my hair myself. I had long hair, and I would give myself trims and I always screwed them up, but I was hardcore and I didn’t care. Eventually, my makeshift trims kept creeping higher and higher until a had a completely jagged, uneven lob. Then I started to ask friends to give me trims and even out my sh-t. I had a come-to-Jesus moment well into adulthood that I was being a cheap a–hole and I could shell out the $10-20 every two months for a haircut at one of those discount chains. So that’s what I’ve done for years now. As it turns out, Helen Mirren has never really had a come-to-Jesus moment about cutting her own hair. She does it all the time and she’s 73 years old!!

Helen Mirren isn’t afraid to take her hairstyle into her own hands! During an appearance on Friday’s episode of British daytime talk show This Morning, the 73-year-old actress shared that she doesn’t always make trips to the hair salon whenever she’s in need of a trim.

‘I do often cut my own hair,” she shared, according to the Daily Mail, admitting that sometimes she ends up asking her glam team to help “clean it up” for her. “I said to my brilliant hair guy here, Stefan, ‘The cut I have right now, Stefan, is something that I did with the kitchen scissors about a week ago in my kitchen. So you know, maybe you could clean it up a bit for me?’” she added. “So yes, I do cut my own hair.”

Mirren, who has favored short locks for many years now, previously explained that the reason why she cuts her own hair is all about convenience: “I can’t handle going to the hairdresser every six weeks, so I only go about once a year,” Mirren told Redbook in 2014. “In between, I get out the scissors and do something, usually rather disastrously. Sometimes I’ll even chop my hair the morning of a big red-carpet event.”

During her interview on This Morning, Mirren, who became a L’Oréal ambassador when she was 69, went on to reveal that she has “an issue with the word ‘beauty.’ “

“Sometimes I clean up nice with a lot of help … So I want a new word instead of ‘beautiful,’ ” she explained, before sharing, “I think ‘being’ is a good word.”

This just goes to show you: you’re never too old to make terrible hair decisions. The thing is, I don’t even think Helen really has flat-out BAD hair, ever. Sometimes her cut looks more like a weird mullet, and sometimes she looks a bit mad-professor, but usually her hair looks great. But we’re only really seeing her on the red carpet, aren’t we? That’s when her glam squad has already figured out a way to make her makeshift do-it-yourself mullet cut work. 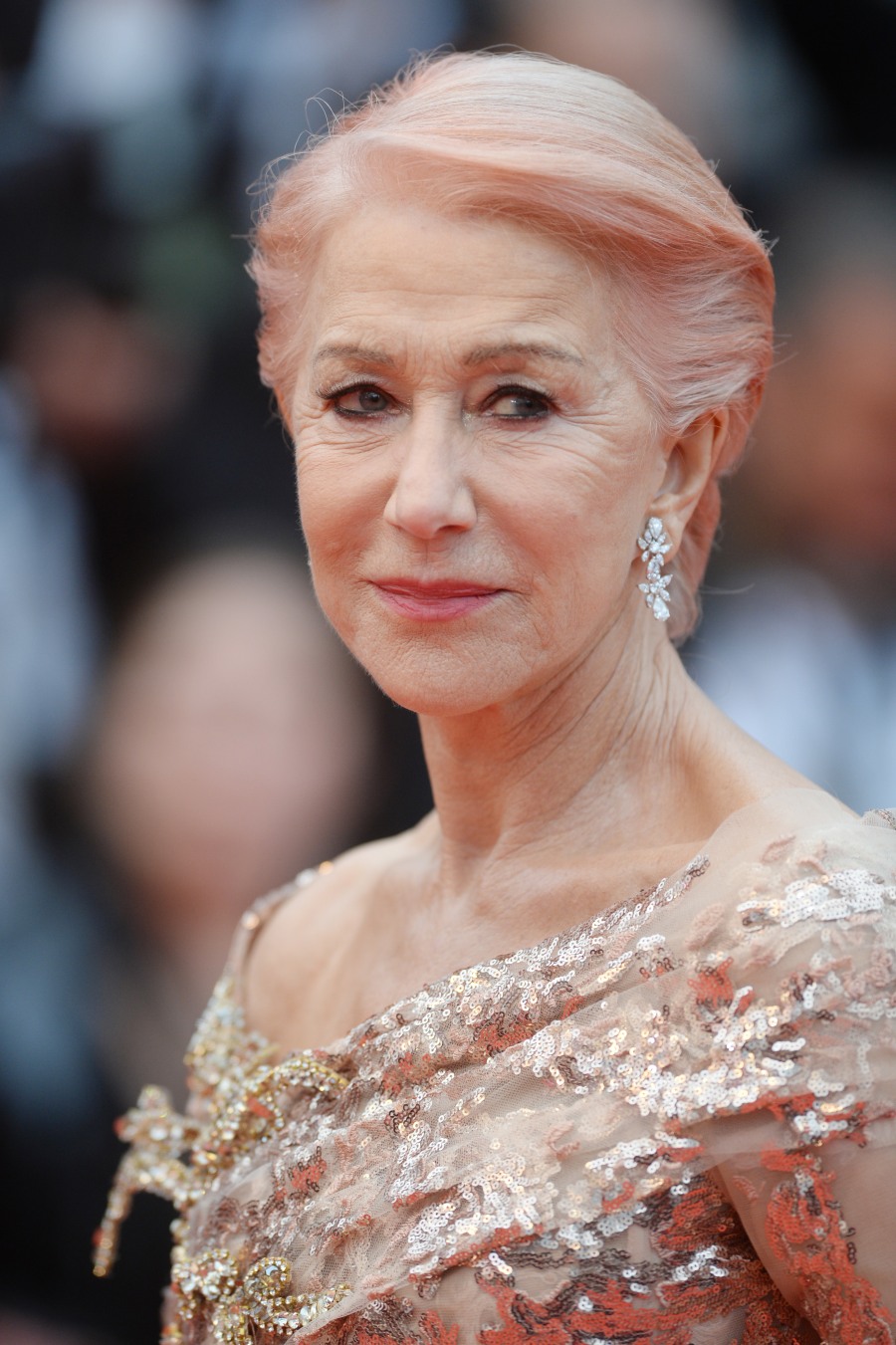 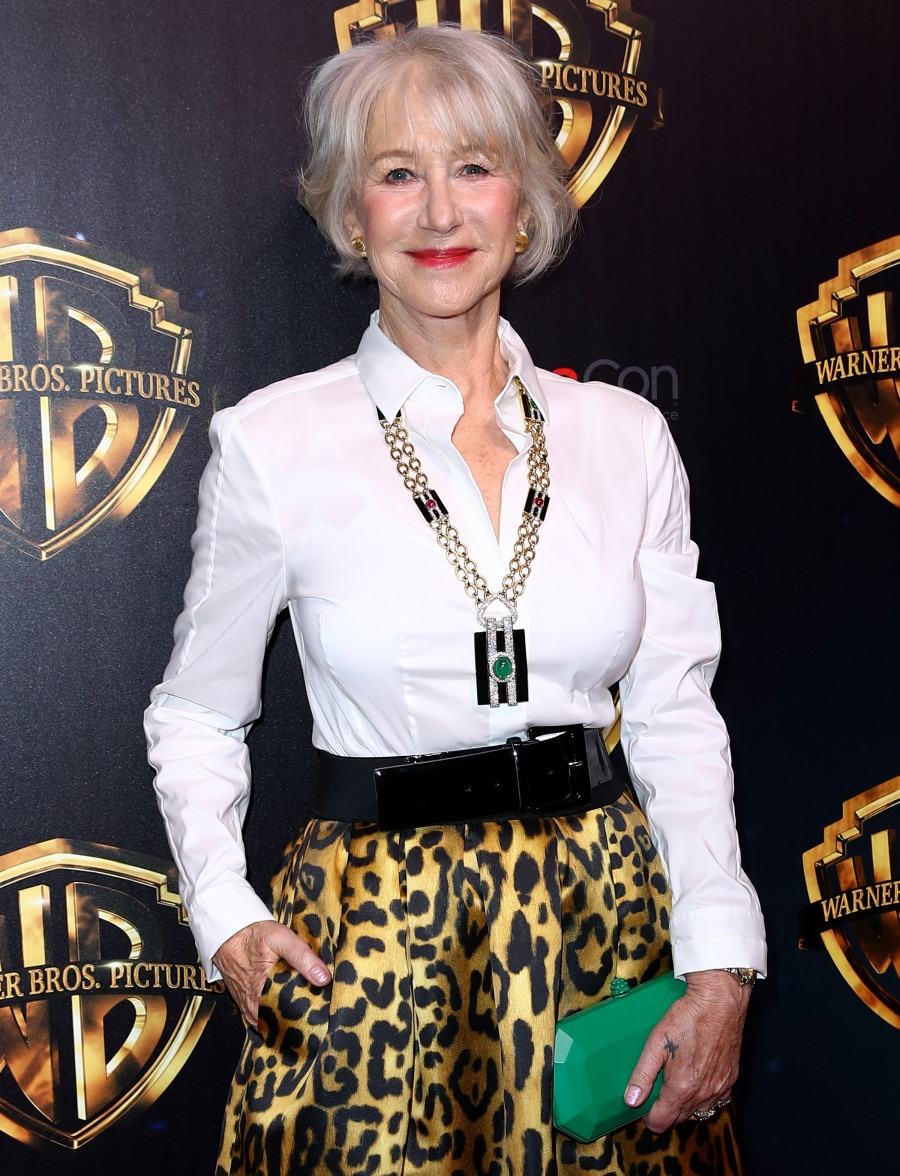 11 Responses to “Helen Mirren on her current haircut: It’s ‘something I did with the kitchen scissors’”