Rooney Mara & Joaquin Phoenix are engaged after more than two years of dating? 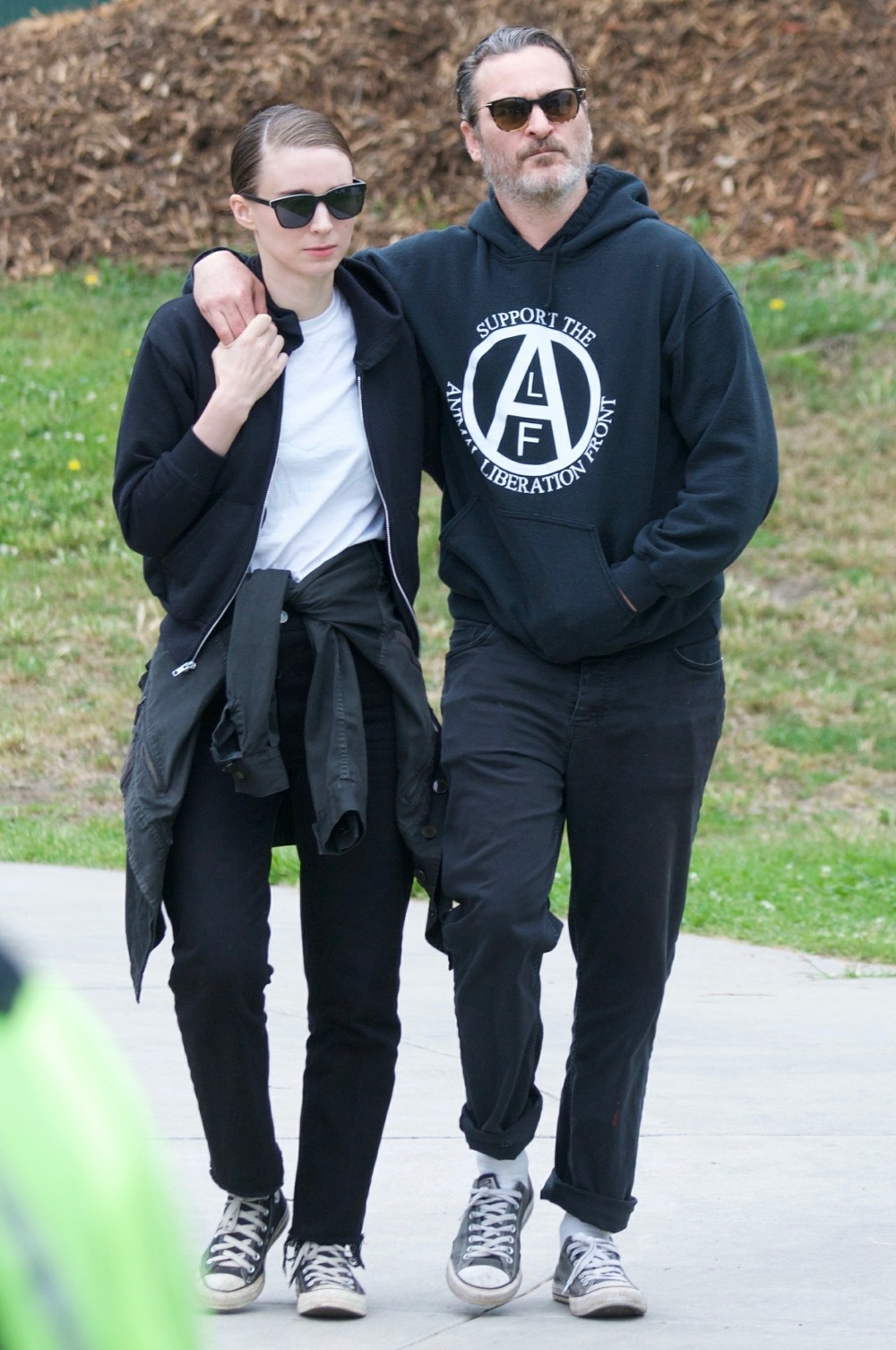 Rooney Mara and Joaquin Phoenix have been together since late 2016. They worked together that year, then suddenly they got together and went all-in rather quickly. She dumped her boyfriend at the time, and then she started living with Joaquin. Personally, I love them together. They’re a really cute, offbeat couple and I enjoy the thought of them cooking vegan food together and composting together and going to karate together. Joaquin has seemed especially happy and especially domesticated with Rooney. So it makes sense that after more than two years together, they would talk about getting married. Super-conventional! That’s why I’m not sure I really believe it.

Rooney Mara and Joaquin Phoenix are ready for their next big role — as spouses! The Girl With the Dragon Tattoo actress and the Joker star are engaged, Us Weekly can confirm.

The news comes less than two months after Mara, 34, and Phoenix, 44, sparked speculation that they were taking the next step in their relationship after the Social Network actress was spotted wearing a large diamond ring on her left hand. The bling was on full display in May as Mara ran errands in Los Angeles carrying a “Go Vegan” bag.

The couple met in 2016 on the set of the film Mary Magdalene in which Mara played the title role alongside Phoenix as Jesus. The future spouses began dating shortly after and made their red carpet debut in May 2017 at the Cannes Film Festival’s closing ceremony.

I hope it’s happening, don’t get me wrong. But does Joaquin Phoenix seem like the kind of guy who would actually go out and buy a large diamond ring for the woman he loves? I’m really asking. If he did propose with a diamond ring, I feel like he would try to source a small ethical diamond, or maybe he would go for an estate-sale engagement ring, something like that. But you never know. Anyway, I hope they’re together forever. I love them.

33 Responses to “Rooney Mara & Joaquin Phoenix are engaged after more than two years of dating?”