Melissa McCarthy profiled by WSJ: ‘We’re all idiots, and it’s all OK’


Melissa McCarthy’s ability to convey life in all its strange and varied complexity may ultimately be why she transcends not only whatever film she’s in, but also the critical establishment’s opinion of them https://t.co/qTBZpOgLDb

Melissa McCarthy stars with Elizabeth Moss and Tiffany Haddish in the film The Kitchen, which opens August 9th. The movie is notable because it’s an action crime drama led by women. In addition, it’s led by two of the biggest comedic actresses working today, Melissa and Tiffany. I remember when I saw the trailer for it, I was confused when I got to the end of it without laughing. It looks really good and I intend to see it, but that is the curse of the comedian’s career, isn’t it? Whereas a dramatic actor doing comedy is brilliant by branching out, we expect our comedians to always be funny. The example often cited is Bill Murray in The Razor’s Edge, in which he turned in a decent performance. Adam Sandler in Punch-Drunk Love is another example, although he does get more recognition than Murray did. Melissa was recently recognized for her role as Lee Israel in Can You Ever Forgive Me? which I thought was excellent. So there’s no question in my mind she can pull dramatic roles off. Melissa gave an in-depth interview to the Wall Street Journal Magazine in which she broke down how she approaches both dramatic and comedic roles. Basically, they are the same to her because people are complex. Or, as Melissa puts it, “we’re all idiots and it’s all OK.”

(Can You Ever Forgive Me?) has been heralded as McCarthy’s first dramatic role, but that’s not entirely true. In Theodore Melfi’s quietly humorous 2014 drama, St. Vincent, she gave a warm and subtle performance as a bewildered single mother who, against her better judgment, allows her crotchety old neighbor Vincent, played by Bill Murray, to babysit her young son while she works extra shifts as a radiology tech. McCarthy’s comedies too have always careened from light to dark, from hilarity to poignancy, with her characters experiencing moments of heartache and pathos. “If you don’t at some point break your character and show them at their lowest,” McCarthy says, “I just don’t think it works.”

McCarthy doesn’t draw a line between comedy and drama. (“Something’s happened where you’re supposed to pick a side now,” she says.) She speaks fondly of the sophisticated adult movies of the ’70s, ’80s and ’90s—Tootsie; 9 to 5; Planes, Trains and Automobiles among them—when, she notes, “comedies were just good movies that happened to be funny.” She chose to do Can You Ever Forgive Me?, a film that finds bleak humor in an unlikely friendship, simply because she loved the character. And she signed onto The Kitchen—a gritty and imperfect film that, as a female revenge fantasy, certainly presents its share of humor—because she loved the script. “I want a good story,” she says. “I don’t care what format it comes in.” Moss elaborates: “The best work really straddles both drama and comedy, because that’s true to life; that is life.”

McCarthy’s ability to convey life in all its strange and varied complexity may ultimately be why she transcends not only whatever film she’s in, but also the critical establishment’s opinion of them. (Critics, even when panning her movies, can rarely summon a negative word about her.) Her performances are compassionate and never mean-spirited. “We’ve all been some version of that woman,” she says of her challenging anti-heroines. “If you can lovingly shine a light on people’s idiosyncrasies, that’s what makes us go, ‘We’re all idiots, and it’s all OK.’”

First off, let me say I am very glad they included St. Vincent in this article. I always thought that movie and the performances in it were underrated. Melissa was heartbreaking as the single mom trying to make good decisions with very few options. I also agree that comedies had depth in the 70s but I’m not dismissing the boffo comedies popular today. Sometimes we just want to turn our minds off and be entertained, I think there’s room for both. But to Melissa’s point, I think poking fun at the worst parts of ourselves is what makes comedies work. I’ve never acted like Melissa’s more outrageous characters, but I feel that absurd sometimes. Like when I make a brash joke at a party that just bombs, it feels like as everyone is looking at me as if I’d just flung my shoe at the host. I see myself as an idiot all the time. Seeing that idiot on screen makes me feel better about being her.

The article also briefly touched on Melissa’s Seven7 fashion line, which is off-topic but I’d been wondering about. The line is no longer in production (I didn’t know) but Melissa is working on a new label, explaining, “I just wanted to make it a little smaller and more accessible. I wanted to work on keeping prices down and for it to be for everyone.” It sounds like maybe some production mistakes were made with the first line and Melissa is regrouping in order to produce the line she wants. As most know, Melissa went to school to become a designer but got sidetracked by her wildly successful comedy/acting career. I kind of love she’s returning to her fashion dream, even as a side project. I hope it happens for her. 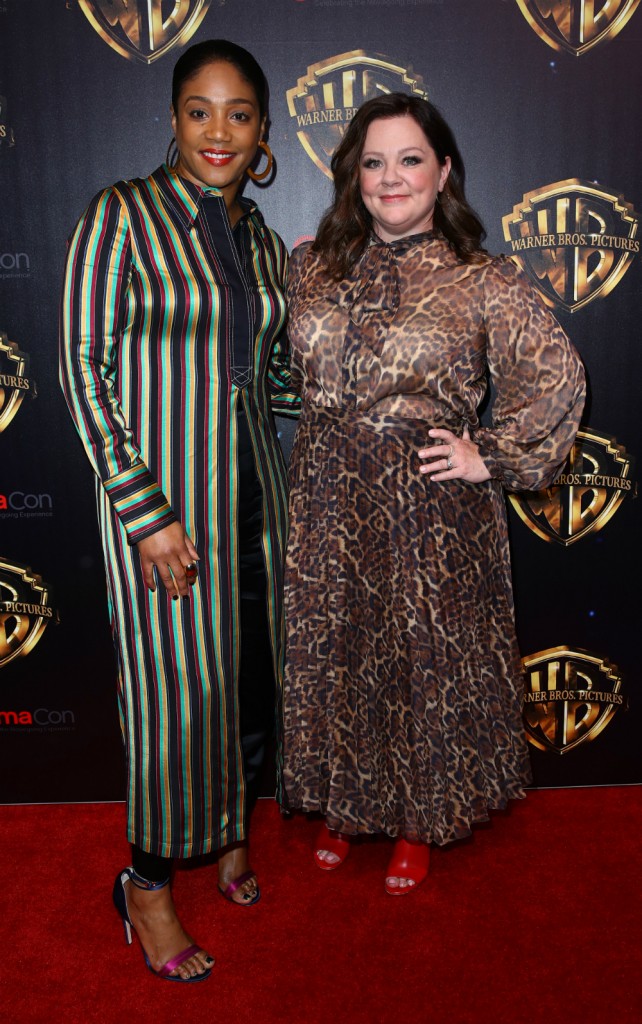 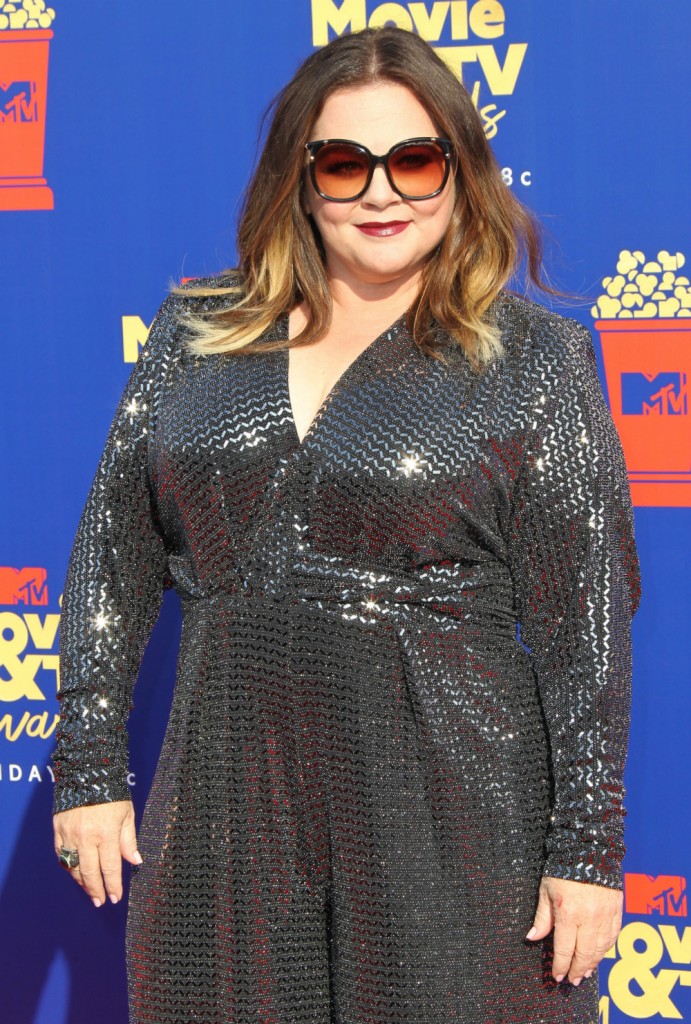 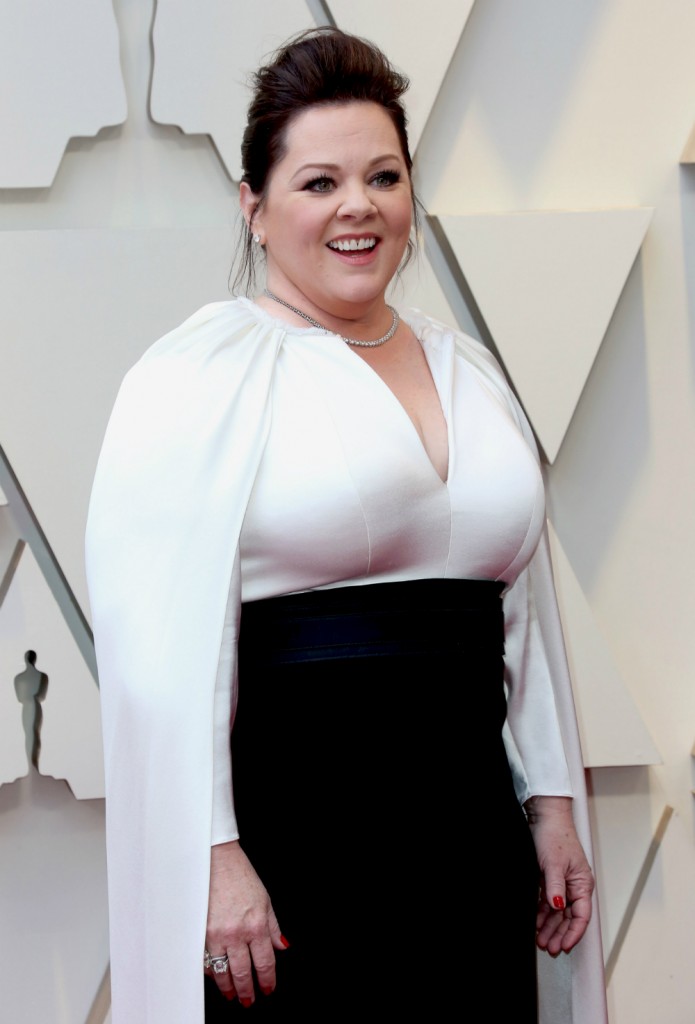 13 Responses to “Melissa McCarthy profiled by WSJ: ‘We’re all idiots, and it’s all OK’”