Honestly, I always considered Julianne Hough to be a religious (practicing) Mormon who went along with her church’s conservative views most of the time. But there have been hints before that Julianne thinks for herself and questions her church’s various doctrines and general conservatism. She’s done work for gay rights, she lived with her now-husband Brooks Laich before marriage, and according to Laich, Julianne really does not want to take his name. Brooks has a podcast, How Men Think, where he talks about bro sh-t in a shockingly not-toxic way, everything from discussions of intimacy and therapy and IVF, and now this: his feelings about how Julianne just flat-out refuses to drop her maiden name and take his name. They’ve been married for two years and she still goes by Hough, privately and professionally.

Brooks Laich on Julianne keeping her maiden name: “I don’t find it disrespectful. I’m obviously open to it, but at the start, yeah, it was a little jarring for me.”

It was an “ongoing discussion” since the early stages of their relationship. “When we first met and got engaged and stuff, we had this conversation and I was like, ‘I want you to take my last name.’ I said that. It was important to me.” Laich explained that the couple never “resolved the issue” before they got married, but said they’ve continued to talk about it over the years — and he only sees that discussion becoming more in-depth when they start a family. “To me right now, it’s not that big of an issu. We don’t have any kids right now, but she doesn’t have my last name.”

He’s surprised that it’s not a bigger issue for him: “I will say I didn’t think that initially — I figured it would be an issue — but I’m surprised for myself now that it’s not an issue. But, it will be interesting to see when we have kids. When we have children, I would want them to have my last name, our last name…I’m actually kind of surprised that it hasn’t become an issue in our relationship because I do, as a man, I take pride in the last name and being, having that last name as the family name and especially when we have kids, I think that will amplify. I don’t know for a fact, but I’m assuming it might amplify for me. I think it’ll always be an ongoing discussion but I’m not going to make my wife change her last name if she doesn’t feel comfortable, but I don’t think that creates a division within our relationship.”

I kind of love that Julianne is putting up such a fight about it? Props to her. To me, the discussion of married name/maiden name gets more complicated when you have a lot of stuff attached to your maiden name, whether it’s diplomas, law degrees, medical licenses, businesses and yes, your brand as a celebrity. I would completely understand – as I suspect Brooks would too – if Julianne wanted to keep her maiden name for her professional work, because she’s probably a member of various unions under her maiden, and “Hough” is her celebrity brand. But it is surprising that she hasn’t changed her name privately. And despite Brooks trying to act cool about it, it’s clearly bugging him. And just FYI – even when women keep their maiden, most of the time the kids take the husband’s name, so I don’t know why Brooks is worried about that. 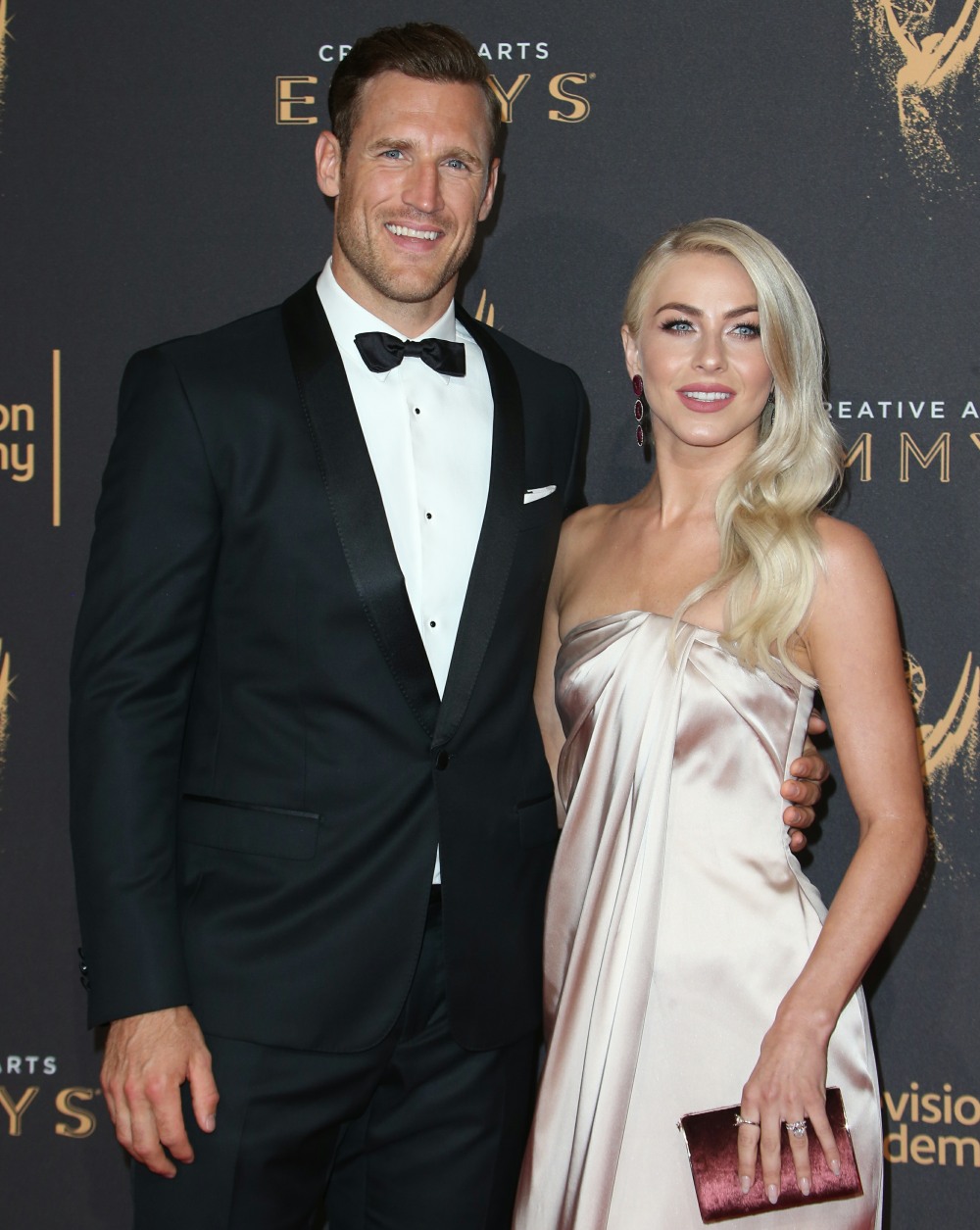