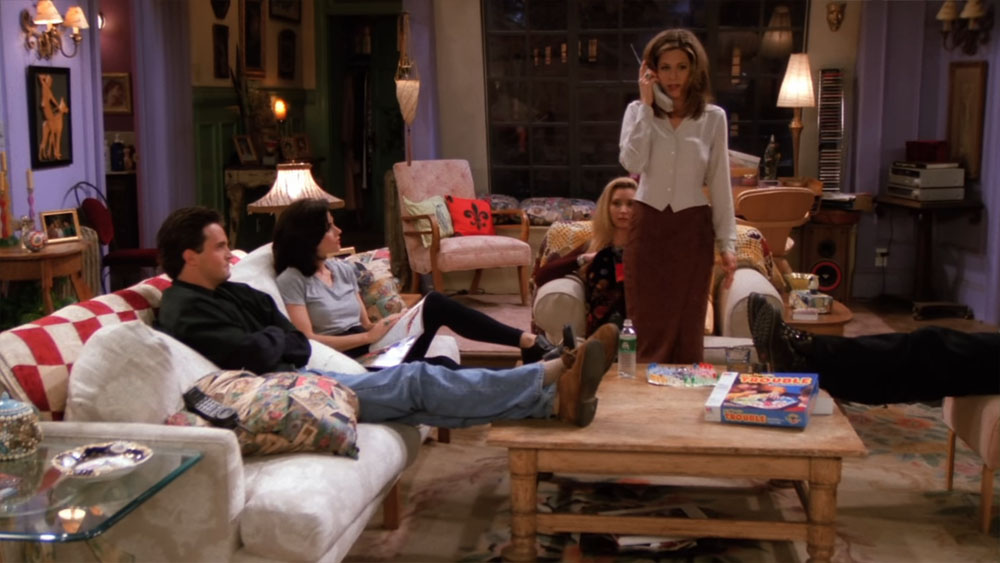 When I wrote about the Seinfeld pop-up exhibit in New York last month, I said that I wouldn’t mind if it started a trend of other TV show-themed pop-ups. What I didn’t know at the time was that another NBC show was about to get the same treatment. If you’ve ever wanted to visit Central Perk or some of the most famous apartments in the television version of New York City, you’re going to get your chance:

The Friends 25th Anniversary celebration just keeps going, and you might not be able to be any more excited about this latest news.

Rachel, Ross, Monica, Chandler and Joey’s iconic New York City apartment is being brought back to life in the form of an immersive pop-up experience, officially open to the public from September 8 through October 9 and costing $29.50 per person, according to a press release.

Located in New York’s SoHo neighborhood, where the show was originally set, the apartment — called “The One with the Pop-Up” — features all the set re-creations, props and costumes that are seared into your brain from 10 seasons on NBC and endless rewatches on Netflix. Tickets for the event, which is sponsored by Superfly and Warner Bros., go on sale August 2 at friends25popup.com.

“It’s been nearly 25 years since Friends premiered, but the fascination and universal appeal of the hit TV series lives on with fans of all ages,” said Peter van Roden, Warner Bros. senior vice president of global themed entertainment and consumer products.

He added: “As we celebrate the show’s milestone anniversary, we are excited to bring the Friends experience to life for our fans in a way that pays homage to the remarkable cast of characters, iconic sets and instantly quotable moments.”

The apartment pop-up (which also includes a Friends merchandise store) will be open seven days a week, from 10 a.m. to 10 p.m.

This was one of the possible shows that I thought a pop-up exhibit would be an obvious fit for. People mentioned that when Courteney Cox shared a video on Instagram of herself outside the New York apartment building that was used as the exterior of Monica, Rachel, Chandler, and Joey’s building, people loved it. I’m sure the exhibit is going to be packed with fans who can’t wait to walk through Central Perk and Monica’s apartment or possibly get a glimpse of Joey and Chandler’s Foosball table (which, yes, was destroyed by Monica in the finale to rescue Chick Jr. and Duck Jr.). This is a great tie-in for the 25th anniversary. (I feel old.) I’d love to be able to go, though I bet that tickets are going to sell out quickly. If, like me, you want to go but won’t be able to get to New York, you can always pick up something from Pottery Barn’s Friends 25th Anniversary collection. (Not an ad.) 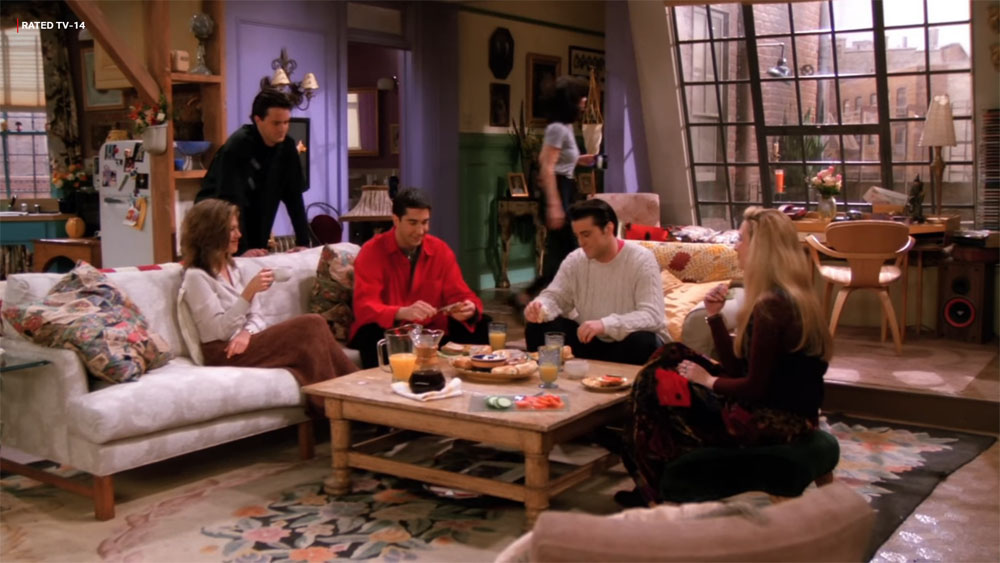 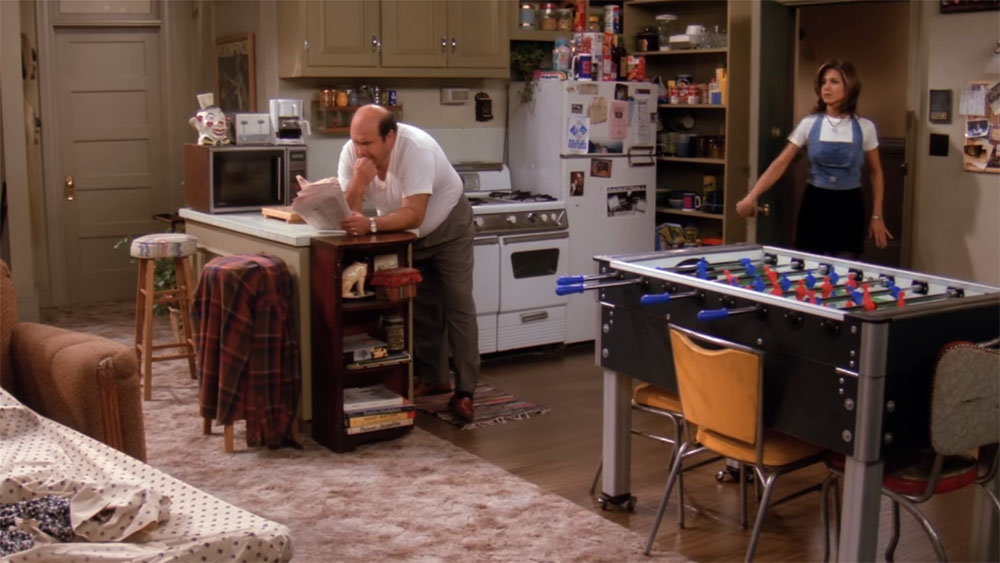 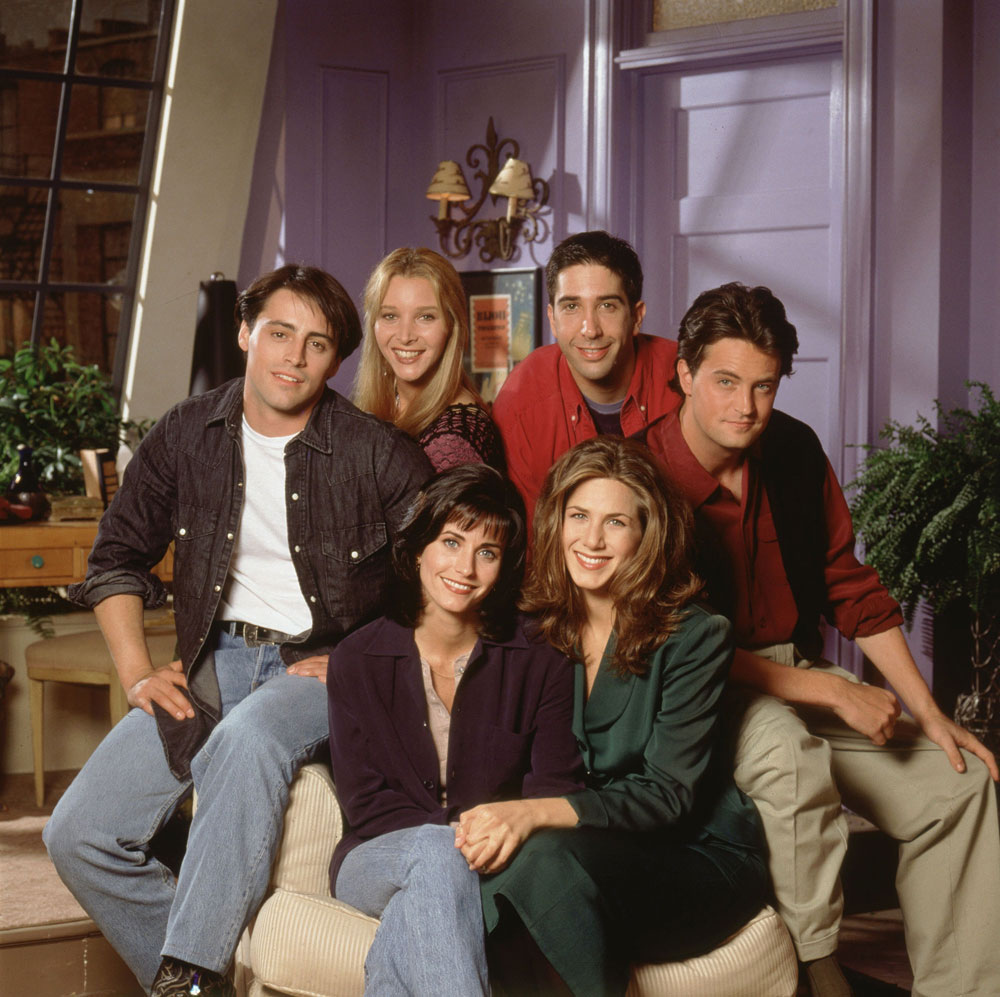 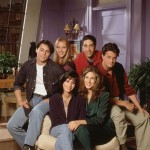 photos credit: via WENN and screenshots from Netflix