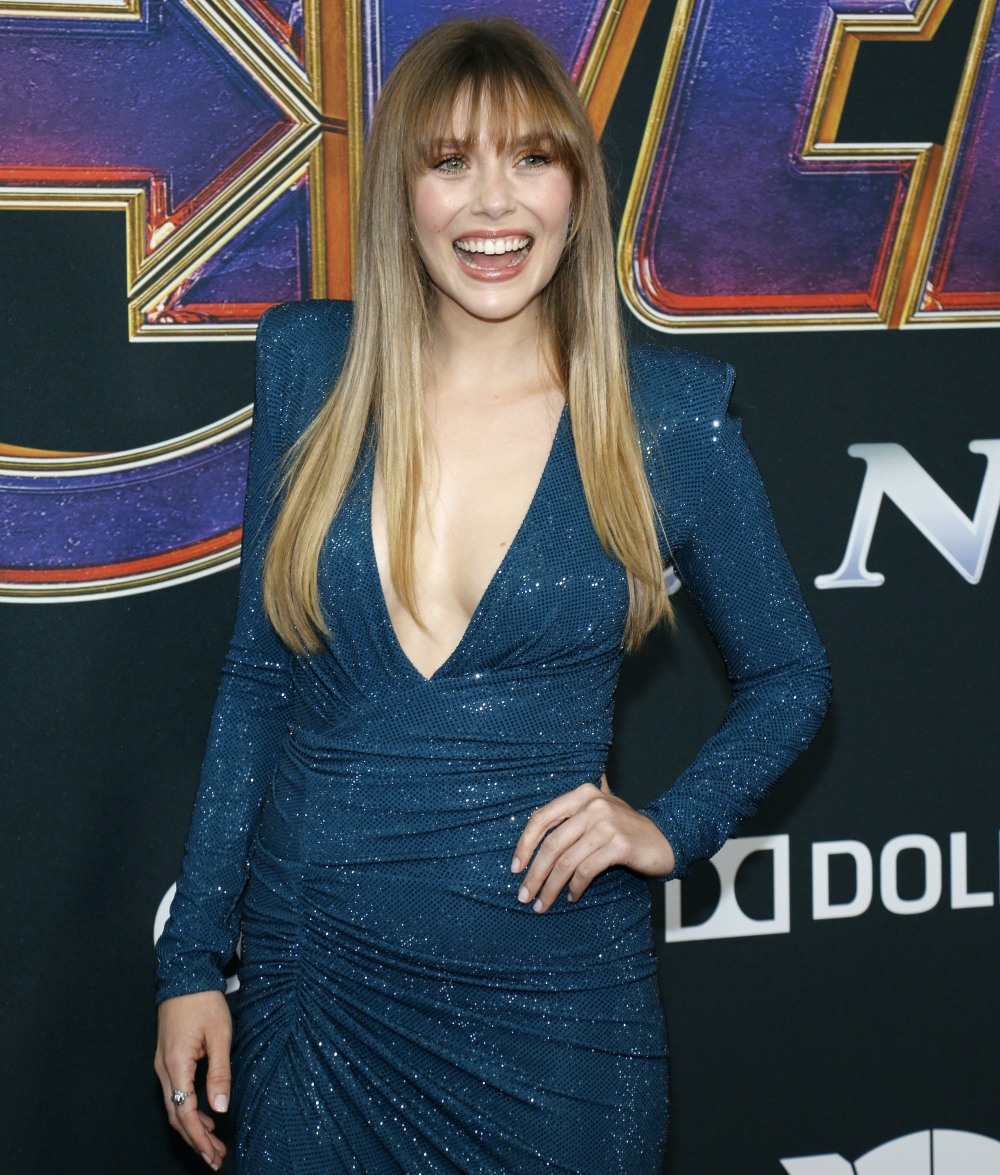 We recently heard that Elizabeth Olsen and Robbie Arnett had become engaged. They’ve been dating for a few years and even though Olsen’s romantic life was messy/shady at one point, pre-Arnett, there doesn’t seem to be any drama with their relationship. They just seem solid and fine and I bet they’re really happy together, but again, what do I know.

Anyway, we’re now at the point where we can talk about something fun: Elizabeth’s engagement ring! Elizabeth was pap’d out and about this weekend and she was wearing a big rock on her ring finger. According to People, it appears to be a big emerald with a square cut, with a diamond surround. People Mag actually calls it a halo, but I don’t think this surround qualifies as a halo. Here’s a photo:

I never would have thought that Elizabeth Olsen would be down for a colored stone. Doesn’t she just seem like the type to want a simple, super-classic white diamond? Maybe a vintage diamond ring, but definitely a diamond. I kind of love that this is such a surprise, and hell, emeralds are making a comeback. I had forgotten this, but did you know that Jackie Kennedy’s engagement ring was emerald and diamond too? Olivia Wilde’s engagement ring is a circular diamond with a pave emerald halo too – which is too much for me, but I bet that suits her. Does this suit Elizabeth though?

EXCLUSIVE: Elizabeth Olsen flashes emerald ring as she steps out for the first time since engagement to boyfriend Robbie Arnett https://t.co/0JuF09el0N